The End of An Era (Moving Out) – Madueño Review (And Awesome Beer to Go) – Burger Research Complete…?

I got a job offer in San Diego that pays bigly. I need to be there for it.

I’m moving out of Tijuana. Shit has been getting too crazy.

I always wonder, when will it be me? Never been mugged or anything. And I’m always on the lookout for when it will happen…

Maybe that’s why it never happens.

And it makes me nervous that my girlfriend has to live with that as well. I hope it never happens to her.

She’s not good at managing danger.

There is no job offer.

I was click-baiting all of you.

Even if there was… I would still choose to live in Tijuana.

I wonder about it many times. After all, I should be able to earn a livable San Diego wage. I mean… in theory.

I lived in Los Angeles for four years and always paid my rent.

Sort of. He didn’t really let me.

I took him to the vet yesterday. He has acari. Or mites. In his fucking ear. Poor Bisho :(

So I have to clean his ears with this solution and heal his wounds. Next week he goes to the vet again for an inyection.

This word vomit will have to wait.

But there’s too much to talk about. And I have to workout and drink tons of coffee. The hunger will have to wait.

New cover is out! 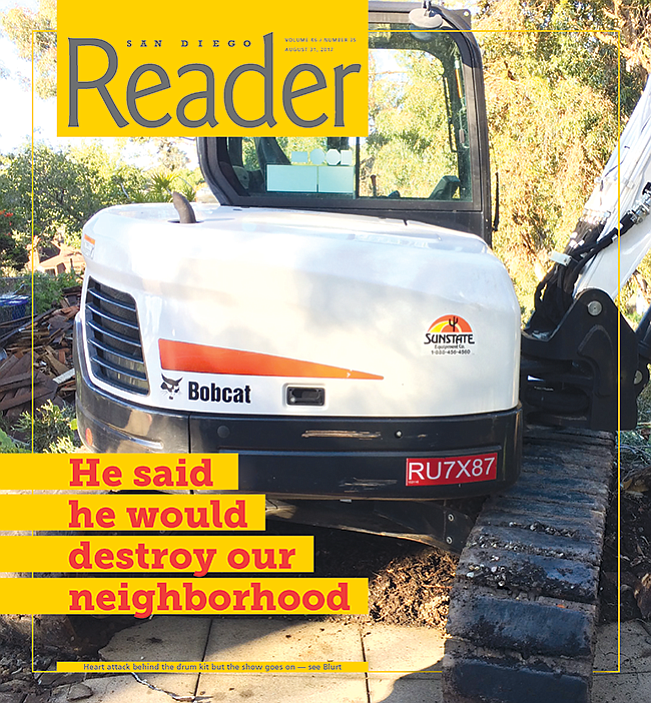 It’s not my picture. I collected the picture though. So I did something!

The neighbor of the story took that picture. Probably a phone pic. No idea. It shows what the story really is about.

When I went there, I just met with the drone picture guy and saw him fly around, then met with the neighbors and took their picture, collected the USB drive with the aforementioned picture, took pics of the vicinity, almost fell into a ditch, nothing interesting, I left Hillcrest.

That was the gig.

The story included four of my pics. 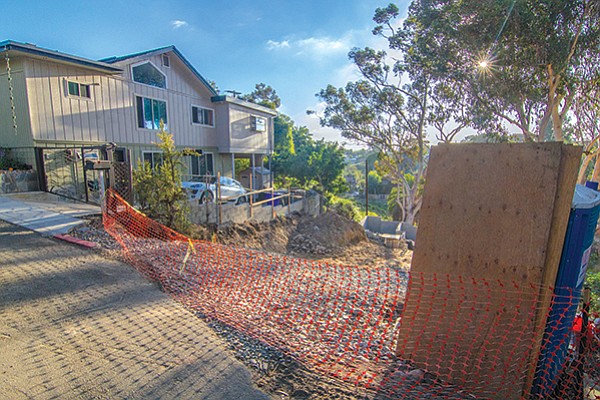 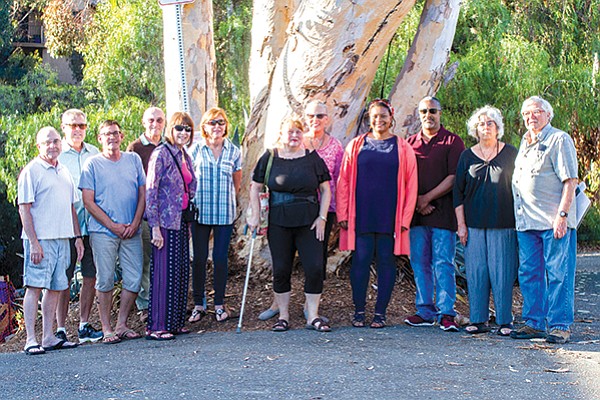 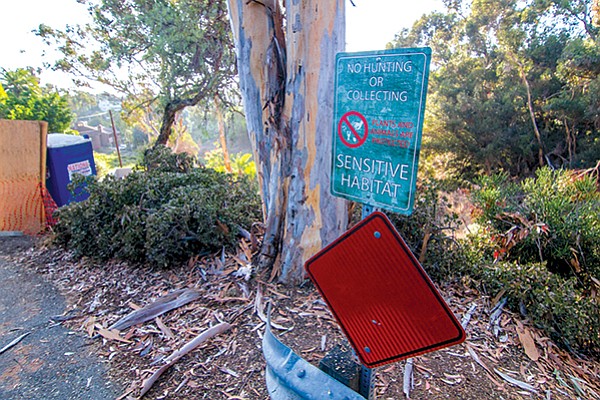 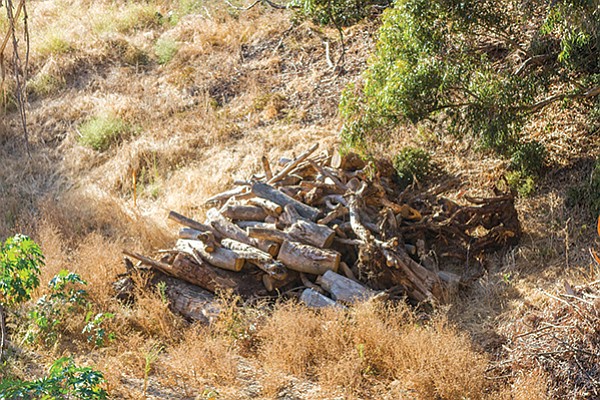 Not the most interesting photo shoot so far…. But hey. That was the gig.

I also took the picture of this cat that day.

The magazine also published two pics in this story.

That wasn’t even what I wanted to talk about.

Talk about getting sidetracked.

Yesterday was the last burger and finalizing the text. Tras / Horizonte with an experimental burger with many flavors to it. It’s also gigantic.

To know more and see pictures, you will have to wait.

The girlfriend came home from work, we went to Tras / Horizonte, she got oysters again especially made and two portobello tacos. I got the burger for the research and pictures. Tons of pictures.

Two Juan Corderos to chase down the meal.

This is her telling me to buy her that cactus.

You’ll have to wait for the burger (it’s massive).

After that, we walked to Plaza Fiesta.

I went to the photo stores around to ask if they could develop medium format.

There are still camera stores that develop film.

The film was shot months ago and it has been in my fridge since.

I need to get it develop soon.

But for that… we will have to wait even more!

We ended up in Madueño Brewery. My girlfriend was tired and wanted to go home and sleep already. It was only 6 pm…

I had one beer there. The Hops And Dreams. Is as good as I remember.

And now Andy, a cool bartender from another place we used to hang out a lot works at Madueño! So win win.

Hops & Dreams beer with Yoda and a water. My girlfriend wasn’t feeling well because again she ate all the salsas. So she needed water.

I tried their other two IPAs, the NEIPA one and the double IIPA anniversary.

I’ve learned that NEIPA is not my favorite. It was the better tasting NEIPA I had so far… but it’s not for me.

That IPA stands for what it stands for and how it became such a popular beer is weird.

And yes. NEIPAs are purposefully cloudy and not hoppy at all. They all tasted sweet and wheaty to me, giving it more of a Belgian than an IPA.

Girlfriend was falling asleep at the bar. I got the double IIPA to go and called an Uber.

And check this shit out.

Madueño has their own canning system thing. For 130 pesos you get a liter can. That’s around $7. Super sick deal for a gift or just for yourself. I completely endorse this canning system.

This was a 2.5 second exposure.

The can made it home safe and well. We arrived at around 7 pm and I started editing pictures. Then Jeopardy and I opened the can.

It poured perfectly and the double IIPA was better at home than the little taster at the bar.

I haven’t even had breakfast and I just craved one.

Thoroughly delicious. I poured two and a half pints. Girlfriend barely had a sip and then she went to bed.

And I went there because Insurgente was out of sours.

The only thing is that it’s fucking hot inside the bar. And it’s a tad awkward in there.

The only reason to go to Plaza Fiesta is getting more canned beers.

And it’s not even what I wanted to talk about.

What I really wanted to talk about… has to do with yesterday.

That I got all political and crap.

It got published. Here it is.

I don’t like writing about bad news. I don’t like that they are happening. I was writing a positive character story but I had to write about the bad news.

The title was clickbaity.

But I am probably moving out.

The roommate is never here and his bills are adding up. So he is realizing that paying for an apartment that he doesn’t visit anymore is a waste of money.

I just poked in there for a second after a week or more of not entering.

$170 for a bed to be a bed. A shitty desk to be a shitty desk. For other shit to collect dust.

You can put it all in a box.

Everything but the mattress.

I’m not moving out of Tijuana. Even if I could make San Diego wages… knowing how much I could save on rent, I would still choose the border crossing style. Even if I was making ludicrous wages.

I’m hoping this is how bad it can get in Tijuana. But people say it can get worse. It fucking sucks.

It would be too weird.

Especially because the girlfriend can’t even cross the border.

Moving out will most likely happen sooner rather than later.

Who knows to where though.

First Oaxaca. Then my girlfriend goes back to Monterrey.

And then I’m alone.

And I’ll probably have to figure out a new place to live.

I still have two months to go before winter comes and all the loneliness it promises.

Now. Birria tacos. And back to work.

Write before hitting publish, got an email from the editor. Apparently, I’m not done with burger research. Didn’t know the rule was the meat and octopus burger doesn’t make the cut.

I have to keep eating burgers and re-write…

2 responses to “The End of An Era (Moving Out) – Madueño Review (And Awesome Beer to Go) – Burger Research Complete…?”