And I have a bunch of mix emotions.

For starters, I hate my birthday. We all know this from… almost every birthday I’ve had.

This doesn’t mean I hate her birthday, it just… birthdays are weird.

I’m not even sure what to write.

I keep thinking about that it needs to be special. A public love message to her. Maybe a song. Poem….

Word vomit about how much I love her.

One of the things I wanted to buy ever since I met her and especially for her birthday… I didn’t buy it.

And I feel bad.

I have felt bad daily.

I hate that there is no hot water in the apartment. It feels like I’m failing to provide something basic for her.

And at the end, I decided against buying one. Who knows how much longer we are going to be in this apartment. In two months we go to Oaxaca, and then a little break, and then it would be a year together so it might be time to move.

Future is weird and unknown.

And that’s what I wanted to talk about Karla…

I have no idea how you put up with me, but you do. You are all sorts of fantastic. I’m a prick and somehow you can manage it. I feel bad because I always think you deserve better. I still have no idea what you see in me. You have told me many times what it is, but I just don’t see it.

But it’s surprising how little we have been together and how comfortable we are with one another.

I’ve never been this comfortable with anyone.

And here we are. Both 31. Going forward with life. And I can’t imagine it without you anymore. I don’t remember how it was without you.

Being in a relationship is tough work. Living together is even tougher.

And with you, it has been a smooth ride with some turbulence every once in a while.

There are moments where I want you away from me. When I can’t stand you….

But then there are those moments.

The moments where everything in the background disappears and it’s just your smile.

Your goofy fucking smile that makes me call you “mensa,” each time. It’s like a magic trick. It’s like Semisonic.

And we are cheesy as fuck most of the time.

Yesterday was pretty mundane. I didn’t even change from my pajamas all day. I did little work. Some emailing. Some ideas. Ideas I haven’t pitched… But not much.

Girlfriend came home. We ordered poke bowls from Ancla Roja and made temakis out of them. We watched a movie she wanted to watch called “Chronically Metropolitan.”

She liked it because it deals with New York themes and it’s cheesy. I like it because it includes actors and the dad of the movie was a good character.

But the movie itself… It’s pretty dull. Like a RomCom, you’ve seen a million times before but with a lack of grace. The main actor didn’t do much but look like Johnny Depp the whole time. There was no depth. The rest of the cast was better. But it was still a meh movie.

It was a snobby caricature of New York liberal living.

I told her I would wake her up at midnight and she could finally open them.

While she slept, I downloaded Mario 64 and played it until midnight (shit, I think I got 45 stars…)

Before going to bed, I wanted tacos, so I headed to El Rey for two de asada and a quesadilla. I also told the guys in there that it was my girlfriend’s birthday and that she loves the super spicy salsa. They know her well. They know she also loves their beans. They gave me a bunch of red salsa and beans as a gift. And I talked about my relationship with the taqueros there. El Rey is like family…

At midnight, I came to bed, lightly woke her up, and told her the presents were on the desk.

She looked at the brown bag and said “wow, you got me a brown bag! Thanks!”

She didn’t wake up to look at it.

We slept. Well… I didn’t much.

She got early as fuck as always to do her morning routine. The alarm rang at 4 am.

I was fully awake already after barely even sleeping. I was more excited about her presents than she was. And they are not even that great…

She did her morning routine. Still completely ignored the presents.

I was waiting for her to peek in or to see them or something. But nope. She didn’t. She just waited. And I was fully up and she told me she was going to open them.

I got her cacti.

She loves them fuckers.

She came back from the living room smiling saying she has two new babies.

And then I pointed at the one in the living room.

She has three new small cacti baby that she, for some reason, fucking adores. 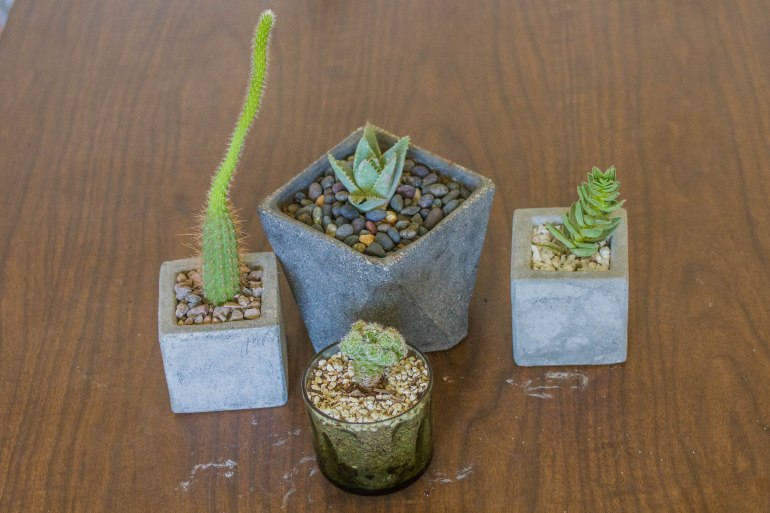 Now she has a total of four babies that she loves. I find it odd. But it makes her happy.

The cacti are courtesy of my upstairs neighbor’s girlfriend, Thalía, a talented architect that sales these cacti as her side thing. Check out her work! Regenera Taller de Arquitectura.

Thanks, Thalía! (uhh.. I owe you some cash still…)

And the other thing I got her is … I made dinner plans with a chef.

Chef Oso from Tras / Horizonte or Kokopelli will be preparing us a special private dinner this afternoon.

Friends are welcome to join us at 7:00 pm for drinks to celebrate my girlfriend!

I had a lot of trouble sleeping.

I want to buy her some dry flowers that she also absolutely adores before she gets here.

Then rest time, then party time.

I should do some work as well.