I woke up late today. But finish some work (the only one that actually pays me), cleaned my desk, and now I am typing this, getting ready for the week!

It feels like I turned 30 forever ago, but it was just recently that I was asked how old I was and I said out loud “thirty.” It’s cool and I feel old and now all I want to do is work, focus on my career. I guess this is what thirties holds, and they are going good.

Thirties could be going better, because I am broke as fuck. I guess my definition of broke as fuck has changed, because I actually have enough to eat comfortably and I could do some (cheap) drinking until next paycheck, which already promises to be good (need to work more this week though). I have a Tijuana Adventure coming up on Friday that will help me recover my financial status as well, but the tour has not been confirmed.

Speaking of Tijuana Adventure, I have been working more and more on blogging there. It has paid off. I have way more traffic than before, the page looks alive, and people are responding to it. Also, I’m having fun writing on it and being a dick about beer. I actually wrote two posts last week and I have one looming in my head for tomorrow (all about beer).

Because I’m good at reddit, I’ve been enjoying some karma upvotes (and tons of views) for the albums I upload on Imgur. Here are the latest three albums, tons of pics!

On Tuesday I mostly work emailing people to see if I had more work to do and finding out what to do. I’m still on hold for the job that I want. So instead of staying home refreshing my email waiting for an answer, I rather much go out to drink and find an answer (or at least to keep pretending that drinking is my work). I worked on the Tijuana Adventure post and went out to look for more Tijuana Adventure posts (beer).

Wednesday I went to Playas to do my laundry and I was planning to do some work. I was also determined to find my brother’s old Alien Bee strobes. I searched for hours and cleaned up my parents’ storage room (filled with my brother’s treasure), I never found the strobes. But I found other loot! Tons of other loot! There’s actually so much loot… I want to live in a larger apartment and take all of his loot for my new place (… there’s over 1000 vinyl records). I didn’t do any writing cuz of tired and… because…

I’ve been taking lots of pics for Tijuana Adventure (and for myself). I’m obsessed with photography now that I decided to start a photo studio temptatively name (to everyone’s disgust) ‘Hipster Paradise Photo Studio.’ 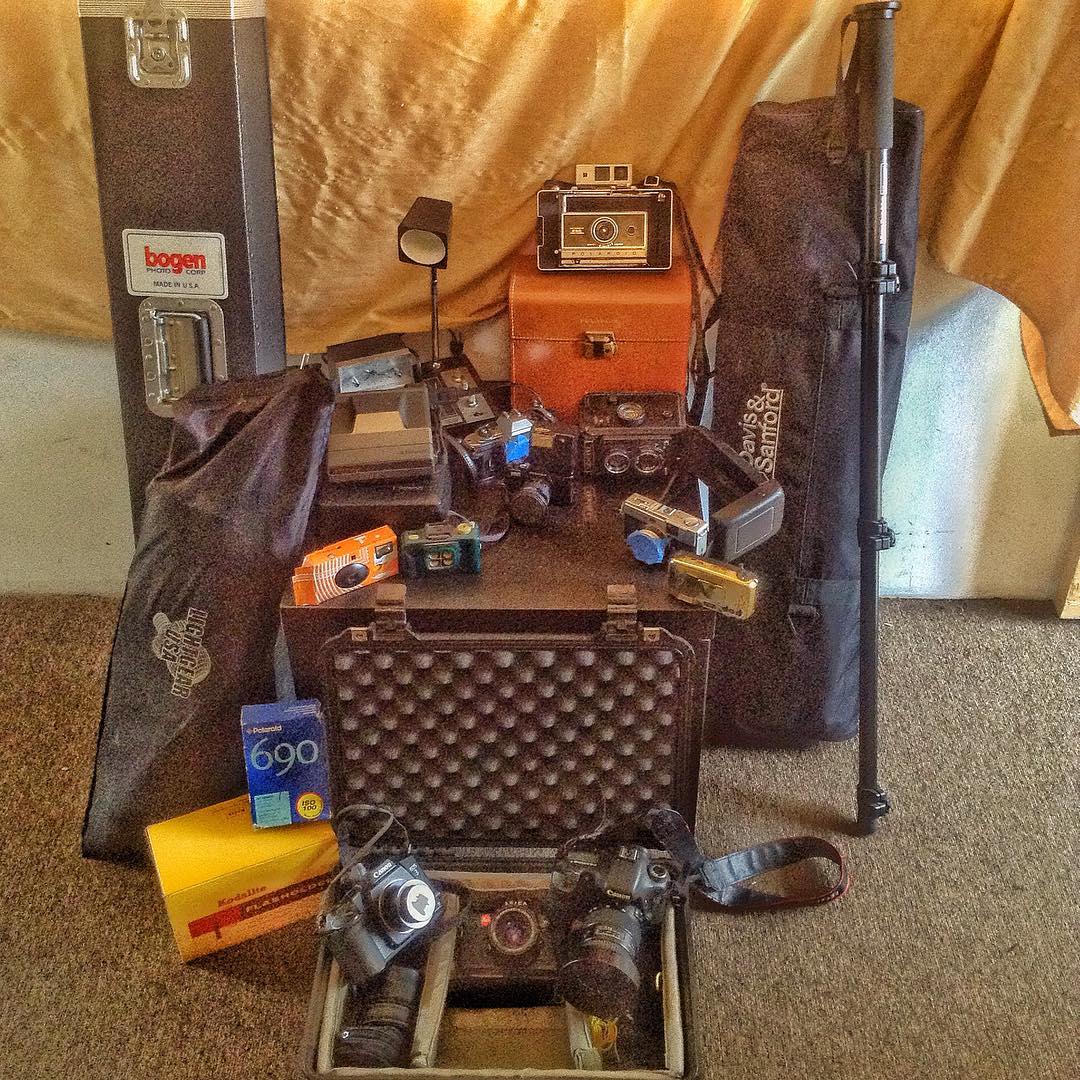 Thursday I woke up panicking because I thought I had miss a deadline for a job thingy. I started working. And working hard. I basically wrote the whole damn thing in 4 hours when my roommate told me I was wrong, that the deadline was a week from that day (it’s two days from now and it’s what I already finished). After that, I got distracted and wrote a very extensive comment/rant on an article written by one of the writers of the terrible show Bordertown. Click here to read the article and my comments http://www.ocweekly.com/film/why-hollywood-cant-put-real-life-mexicans-on-tv-7210730. I could’ve just written an article of how terrible that show was, but not sure who would have published me.

Because I basically did all the work I had to do, wasted my time an effort on a stupid comment rant, and I had setup a Redditor meetup… I went for more Tijuana Adventures…. So more beer! Oh… I also got my Insurgente glass :)

Beer Adventures – Floof gets a beer

Friday I woke up to a published story on the Reader about a Korean place in Plaza Friki. I worked on the Tijuana Adventure post for the album above, then took a break from drinking and stayed home. I basically took it as my rest day. I downloaded a bunch of SNES roms and played video games all night. When I get money… I’m going to buy a console (hopefully soon).

Saturday I went to the Expo Cerveza Artesanal despite being really short in cash and I don’t really like beer fests (I had 120 pesos to my name and my payment was not arriving until the following day). I had a friend hook me up with a free ticket. And I did a lot of work. Interviewed brewers, took tons of pictures, and drank tons of beer (that I somehow manage to get for free).

Here’s the album for Expo Cerveza Artesanal, which I will be writing a lot about tomorrow on TJ Adventure.

So now I take tons of pics, get drunk but not even close enough to lose my camera (duh), take more pics, go home early (usually around midnight), pass out, wake up early (usually before 8:00 am), coffee, start editing and uploading pics, dicking around the internet, work, respond to emails and messages, and write a lot.

I’m shooting for 1,000-2,000 words a day. With a combination of writing in this blog, the Tijuana Adventure blog, work for the Reader, work for other sources, work for myself, work in two books I have in mind, then I can work in my music, keep reading more about photography, and build a studio to keep working on more photography!

Oh yeah. And I forgot. Also touring around people with Tijuana Adventure. I had one impromptu adventure on Sunday with Andy, his girlfriend, her bosses, and her mom (they were all cool, got a $20 from the mom that I did not expect). Jazz & Blues fest was going on in downtown + it coincided with Memorial Day long weekend, the city was packed. I was too tired to take my camera and I knew Andy would have his (obviously he did, pictures might be posted later in Tj Adv).

They left around 9ish to the border, I walked around downtown looking for one more beer, though I was exhausted. Bumped into some friends, partied until 4ish am (hence I woke up late today). Now I have the whole week ahead of me.

I forgot to mention that I met with an impressive freelance writer who has covered remote regions in the world, and has been published in Al Jazeera and Vice (and many more). It smells like more work and collaborations in the future.

I should get my week ready! So… here… Have some Beyoncé.

I posted about Beyoncé before here.

I decided on Beyoncé again because at first I wanted to post the pics of Serena and/or Venus Williams for a tennis fan out there, but I realized they weren’t very good (and I didn’t have as many as I thought). Then for some reason Mr. T popped into my head and I looked for his pictures. They weren’t very good either, but on the same week I saw Mr. T, I also had this album of Beyoncé. I remember the day well…

These pictures are really early in my career from August 12, 2008. I have been working officially for just a couple of months (5 months non-officially). So I was obviously scared, didn’t know how to do the job properly and I was put to the task of Beyoncé at the airport. I had no idea that her massive gorilla of a bodyguard would shove me the fuck down the stairs. I still somehow managed to get great pics though my camera settings were fucked, and I was a total noob.

So.. Beyoncé 8 years ago. I think she looked cuter then… 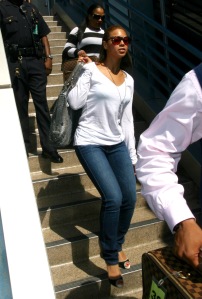 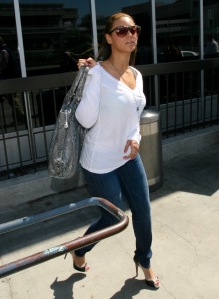 Has Beyoncé ever seen you in the eye?! Cuz it looks like she was doing that to me in the next couple of pics. 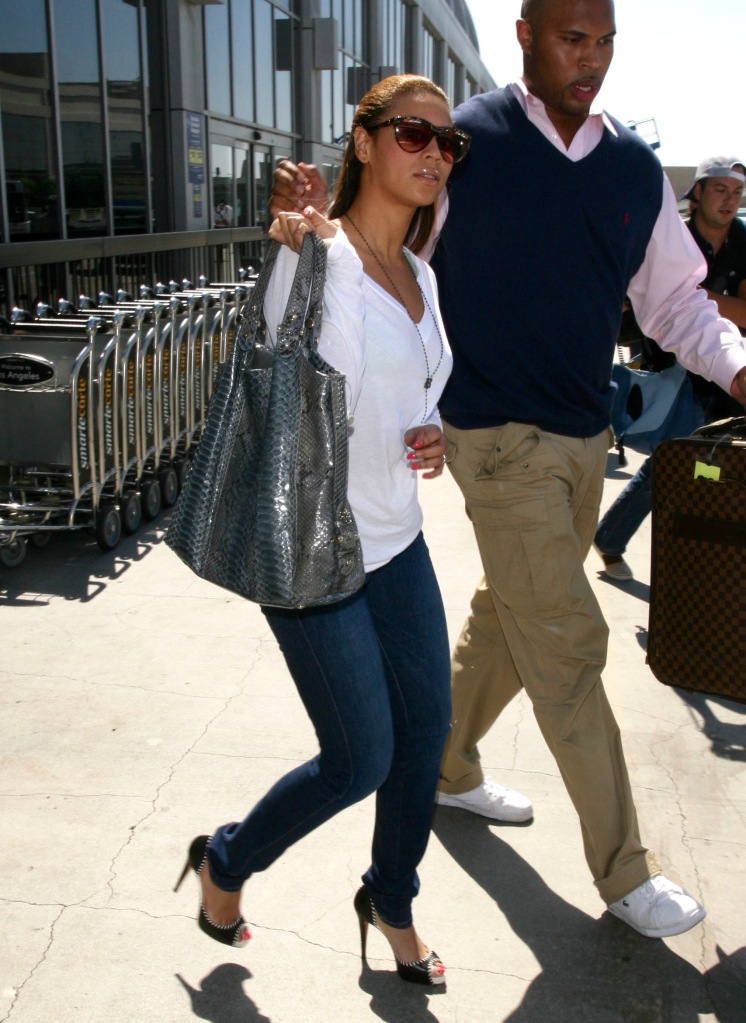