Sorry everyone. I have missed two Mondays in a row.

The first Monday I didn’t post because after three years of not being in Los Angeles, I went back to be at one of my best friend’s wedding. The second Monday I missed was because I actually wrote a long post about the wedding, but my friend is a very private person that ended up deleting  almost 1,000 words describe a lot of shenanigans.

In reality, I’ve felt like posting other days that weren’t Monday, but instead of just doing it, I decided to wait, forgetting everything I wanted to say. Though my friend’s wedding was awesome and I had such a blast with him, his new wife and his family, I won’t mention that much.

Instead I’ll talk about how much I loathe LA. The city is gigantic and you can’t really do anything if you don’t have a car. It takes you hours to get anywhere and it is not enjoyable to walk around. It still has the douchey celebrity vibe that it had when I left and not much has changed. I actually had made more friends from LA living in Tijuana than when I was living over there….

I also couldn’t enjoy LA much because my roommate smashed my iPad, I had almost not money to my name and I had articles on hold (one that got rejected as the wedding ceremony was going on). But at least a few others got published and since getting back from LA I’ve been getting work done, waiting on other articles to get published and finally writing on my blog. Two of my latest articles have been featured as most popular stories on the website, the other two are about food which I still need to polish and get better.

There are a bunch of celebrities that were awesome to me and were a pleasure to shoot. But one that I miss and I always had the fantasy that maybe we would hook up (I know, silly me) was Audrina Patridge (from the Hills, so not really a celebrity…). Anytime she was flying in or out of LAX, no matter if it was really early or late, I would show up to shoot her. Not only that, when I was not working at the airport, her neighborhood was where I would hang out a lot to increase my chances on seeing her.

On May 7th, 2009, I was hanging outside her house (another photographer was there as well). She came out on her Mercedes Benz, rolled down her window by my car and told me she was going all the way home to run errands and nothing interesting was going to happen. The other photographer approached me and asked me what was going on and I told him, we both decided to follow her (though I wish it was my exclusive). Turns out she did do a bunch of boring errands, but the sheer white dress she wore was completely worth following her for 2 hours+ all the way to Yorba Linda, CA. 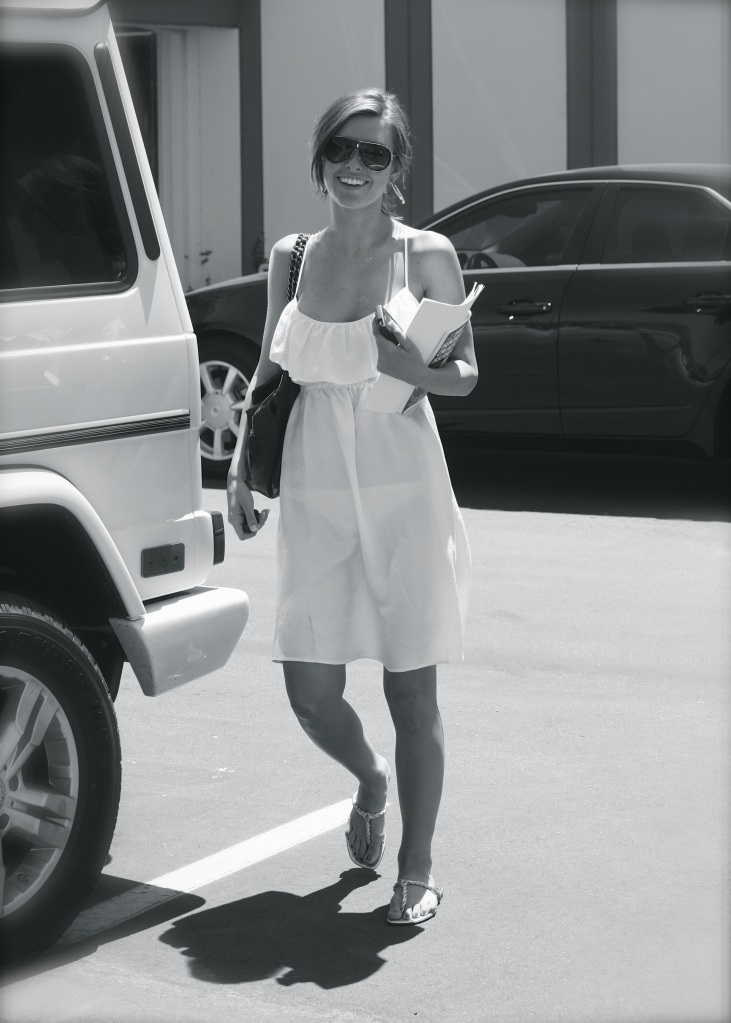 I saw her a bunch of times outside of LAX, but no pictures survive on my hard drive. Instead, I have a lot of pictures of her looking gorgeous at the airport. 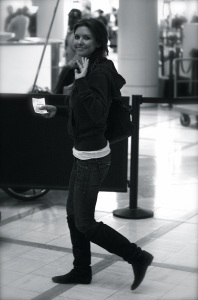 – I asked her to show me the tattoo on her neck and told me what it meant.

These other ones are from July 19 and 20, 2010. Looking back at the pictures, she looks amazing and I miss having a flirtatious thing with her, even if it was only one-sided. 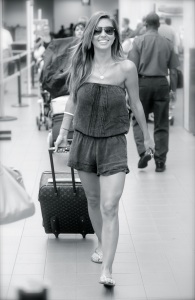 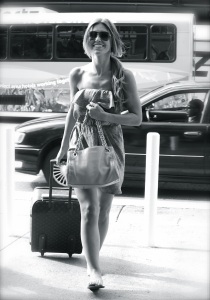 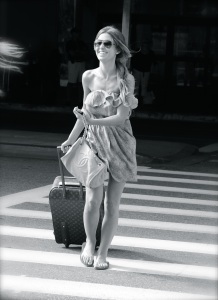 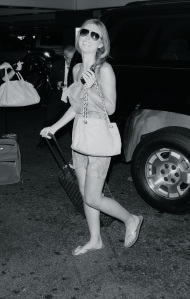 So I took the opportunity of taking my picture with her. Don’t we make a great couple?! (Though we both look like shit in this pic)

Here are a few of her pictures that made it to online blogs and what not. I also remember a bunch of pictures in magazines and stuff, especially in Australia. For some reason, Australians, just like me, love Audrina.

And still to this day, I keep a picture of her. It is taped on my balcony window, promptly displayed for the whole world to see, though I have the picture because she refused to sign it to an autographer friend so he gave me the pic for free.