No Glamping but Mazunte, Oaxaca Soon – Astrophoto Workshop and Other Dreams – Shrimp/Octopus Tacos, Oysters, and Poke Delivery by Ancla Roja

Saturdays. You are not supposed to work. My girlfriend is at work. I don’t have much to do. The dude I want to interview is not there anymore. Or maybe he gets there later. I should work on new ideas.

We were supposed to go glamping today. I reserved a spot but canceled yesterday. The girl that runs the place said not to worry. So I guess it’s fine.

None of the Gringo friends could make it. And the girlfriend is not feeling that great to go. So yeah, it wasn’t the best of time except for photography. It’s a new moon and it would be great to get out where there is no light pollution to get pictures of the Milky Way. 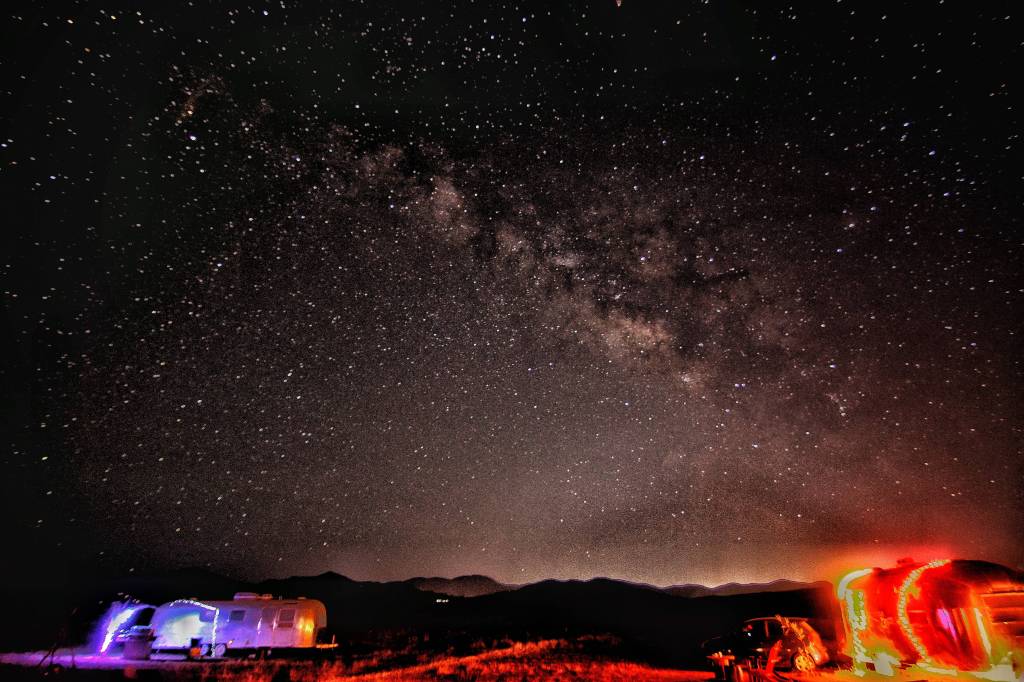 Oh god. I’m going to get addicted to trying to beat myself at my own photography and going to waste so many resources in doing it to still just be an above average photographer…

I already like the one I took at In-Ko-Pah better.

And I want to do different ones with light painting. This one with the rock, it would have been cool to be sitting on it with a headlamp or something pointing towards the galaxy. And without the street poles, though I like those a bit.

Point is. It could be better. That’s why I wanted to go today. And of course, to get away with my girlfriend.

And it would have been great if Gringo friends would join in. Wine, fancy cheese, girlfriend, friends, firepit, your own air stream to sleep in, and light painting with astrophotography. That was my idea.

And I want to do this into a workshop. I wanted to test the waters about the logistic of it. It sounds like an easy sell, right?

“Learn how to take pictures like this while glamping!” and take amazing pictures (something way better than above).

So a workshop about photography, while glamping, and includes cheese, a bottle of wine, transportation, and all that stuff.

But yeah. That was the idea.

I’ve seen other photographers offering workshops for a more expensive price. But they are way better and do one on one workshops. This would be more like a fun workshop. And great for like a romantic getaway. And to teach all those dumbfucks that buy DSLRs and never bother to learn anything.

I got paid yesterday. And reimbursed for something. So my bank account doesn’t look that horrible. Rent is paid until next paycheck, and there’s already some guaranteed money in there (enough for rent).

Just have to keep on working so that money is actually more than just paying rent again. And some expenses. We haven’t paid the water bill and that’s amounting to something.

So it’s a good thing that we didn’t go glamping because we needed to save the money anyway.

I started day dreaming about it.

At first, I thought we would only have a couple of days to go to Oaxaca. Like a weekend and perhaps three more days off or something like that (four or five total). Girlfriend says that there are no vacation days on her job. That it would just be easier to quit and get another one.

So since she is quitting her job to do this… We might as well stay a few more days.

My brother is staying for 9 days. I could do one or two weeks. 14 days maximum before I feel the need to come back. Especially since I can’t ignore the photography gig. Two weeks sounds like an easy possibility. The people in the office take vacations all the time. And I’m freelance, so it doesn’t seem like it would be a problem.

Around 10 days more or less in the beaches of Mazunte.

I can see it now. Running in the morning every day. Swimming. Working out. Reading all the books I haven’t read. Taking awesome pictures and not editing them because I won’t have a computer (I’ll be dumping the RAW files on flash drives). If there’s some surfing, then fucking awesome. Eating cheap. Drinking cheap. Staying cheap. Enjoying nature. Escaping the crazy border life. Possibly do some writing. But more than anything, relaxing.

Probably not deserved. But still. It sounds great to me.

I need to work and save money. The flight is cheap. Staying is cheap. But rent needs to be paid and things need to be settled before leaving. Bisho needs to be taken care off. So in a way, I need to have around $750 extra for the trip. Maybe more. Maybe less. But that’s what I would feel comfortable with and no worries.

Met the girlfriend where always. Went to go get oysters because it’s what she was craving (like almost always). So we went to Colectivo 9. 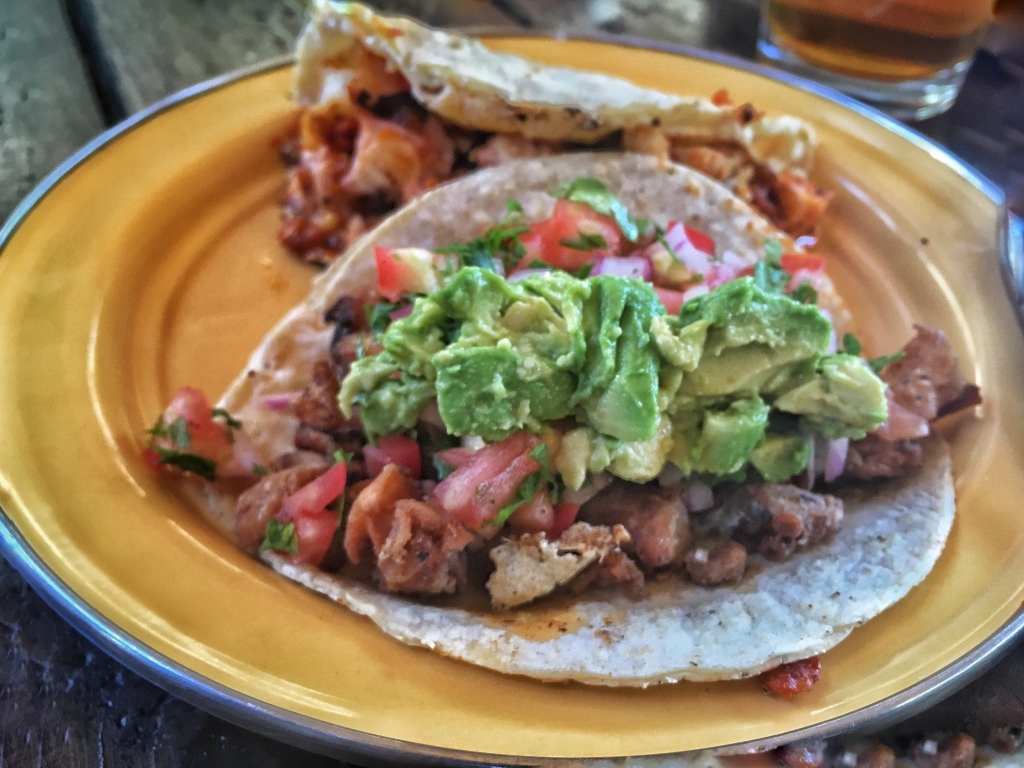 And the above view of the group. 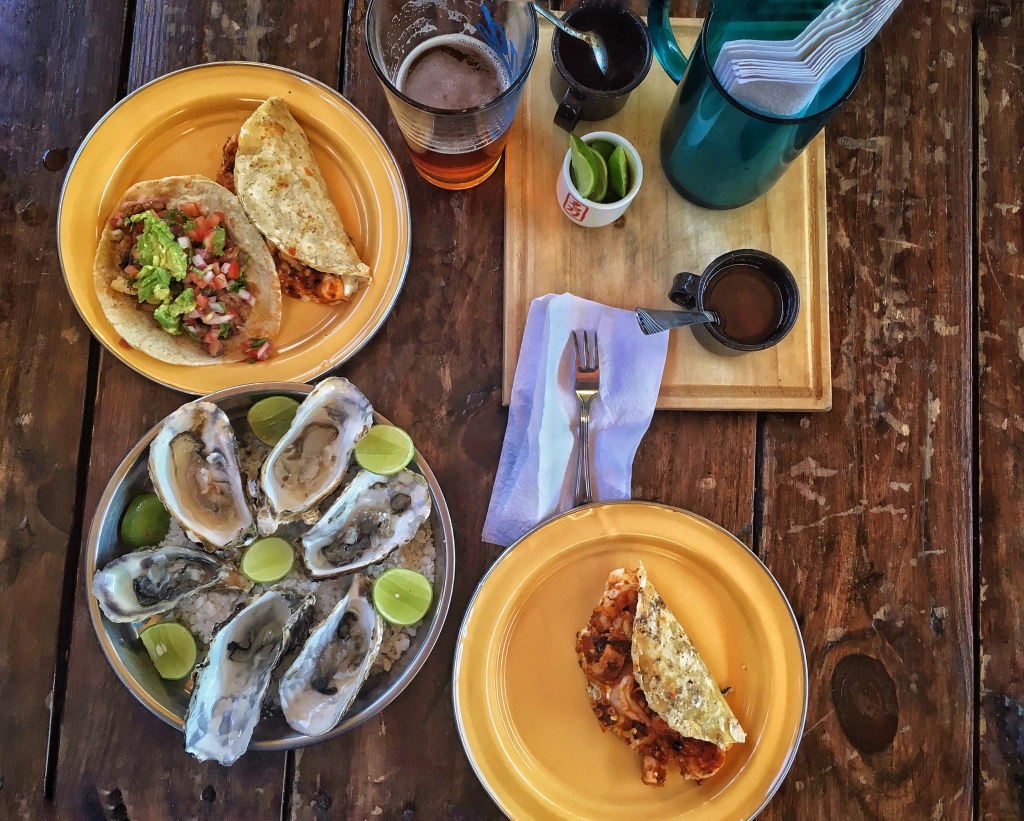 Oysters were meh compared to before. No other oysters will ever compared to the giant ones we had at the pop-up store. The tacos were great like always.

We chased those down with a couple of IPA, Lupulosas by Insurgente.

And after that, we went home. That was it. And we ordered even more food. Poke delivery by Ancla Roja.

$6 for tuna, $8 for salmon. Only delivery. So worth it and we will be ordering more from them (tuna was better than the salmon).

Like always, all food pictures were posted on the Tijuana Adventure Instagram. Which keeps getting more followers each day by itself. Not that many yet, but slowly and surely. Instagram is not cross posting to the Facebook page, not sure why. It told me it got disconnected, then it says it’s back again, but then it doesn’t post it. Have to fix that. And ideally, all the pictures should be getting posted on WordPress at the same time.

Watched Jeopardy, girlfriend was already sleeping. I played Diablo 3 for a while because my cousin was supposed to connect and play. Fucker was already asleep at 7:45 pm because he has the same schedule as my girlfriend. That 5 am to 2 pm schedule. Fucking hate that schedule.