My mom’s Carne en Su Jugo is fantastic and I have tons of it in the fridge. I also have the prosciutto wrapped salmon from the night before. And a bunch of cookies and brownies.

Also. Success in my mom’s presents! She liked them both.

It was a good xmas day/dinner. Family time, drank some wine. Club América lost the Mexican final. Ended early, I was home early. Wine should have made me sleepy…

But a friend from Querétaro is somewhere in Tijuana traveling and living in a van with a Kiwi and a French girl (I believe). We were supposed to meet a week ago, but nothing. She hit me up when she was in Santa Monica, the van has Canadian license plates, and now they are traveling through Mexico…? Yep. She’s a gypsy. And an old childhood friend/fling. Like really old. I haven’t seen her in probably 10 years. And her brother. Pitufo. I have no idea what he is up too. Her life is probably way wackier and interesting than this blog.

I do this during the holidays. Not sure what it is that I feel like the year owes me a final FUCK YOU. So I just go and fuck myself up. Sigh. I’m undecided about everything.

I woke up past noon to missed calls from my childhood friend. They fell asleep early in the van in some parking lot. Again tried to talk to her to see what’s up. No idea what she is up too.

Now I’m trying to restart my life into reality.

And I simply can’t.

A story I wrote forever ago is finally going to get published, but now I have to revise it. My cover is coming up this week, so I plan to go to San Diego to grab a few. It comes out on Wednesday. I’ll be up on Thursday celebrating it.

I haven’t done any work. The money is leaving me. And I have a strange desire to not do any work. Or … well.. do some sort of other work. But I have stories I started that need to be finished.

Learn to program sounds like a good idea. I have a lot of friends that do it. I should do it. There’s good pay. Maybe I should do that with 2017. Learn code. I know I can do it. Not sure if I want to do it.

Not sure about anything.

It took me forever to decide on the late breakfast this morning. A coin toss decided for me.

And on my way, I decided on something else. I got shitty birria tacos. I got inspired to write a review about the place. Then I thought fuck it. I have so many others. But then I got undecided again.

I’m undecided about this next sip of coffee.

It’s the third cup, which means I already ran the coffee machine twice. So it’s weaker. And I don’t like it as much. But I shouldn’t drink more coffee.

I’m undecided about what celebrity to post. My hard drive is empty from December 24-28th. So I wasn’t doing ANYTHING those days in 2010. I think I was in Tijuana. The beginning of my Tijuana visits.

On the 21st. I have Fergie with husband Josh Duhamel.

I posted Fergie before. But barely. I have a lot of Fergie. But I don’t want to do a lot of editing. So you get one Fergie. Not the Fergie I did in Playa del Carmen. That was in 2009. You get the Fergie of December 21st 2010.

I’m still undecided about this.

The coin toss helps me decide shit. But now I’m even undecided of giving the coin toss a chance.

I need some sort of order in my life. I often post that the days do not feel like the day that it belongs. Monday is Thursday, Wednesday turns out to be Sunday, and so on.

Today definitely doesn’t feel like a Monday. It should. But it isn’t. I already decided I don’t want to work. That was a bad decision.

I will do some work. But begrudgingly.

I miss Christmas breaks. I should’ve been a teacher. I hate teaching. I’m undecided about everything.

Here’s some Fergie and then I get too work.

Fergie and Josh are one of the nicest celebrities out there. I remember seeing Fergie before even paparazzi shit was even in my mind. Yep. I went to a Black Eyed Peas concert. I believe it was 2006. Free concert at my brother’s college. I was there for his graduation, they played a free show. It was way better than I expected.

Fergie then pops into my paparazzi life… A LOT! She was really nice. Nice to me. Nice to everyone. Plus her house was nearby many other celebrities and they all lived in a dead end. It was super simple to just sit at the end of the road and spot them driving out.

But like I said, I don’t feel like working, and editing images is unpaid work. So I’m only doing one day of it. This blog is much less about my paparazzi days more and more anyway. BUT MONDAYS. MONDAYS will always be a “look I saw a celebrity day.” Well… not maybe always. I’m sort of tired of it already. But I still find it hilarious.

Years ago I was doing that as a job. And I was doing great. I often times think of going back. But fuck LA. Fuck that job. It doesn’t even pay as much as it did. It feels like nothing pays as much as it used too. Except coding. That’s why I should learn how to code.

Roommate is working on becoming a grant writer. I could do that too. But code. Code sounds more like a thing I can really learn, be good at, and make money. Except there’s a bunch of other shit that sort of already do… sigh. Undecided. 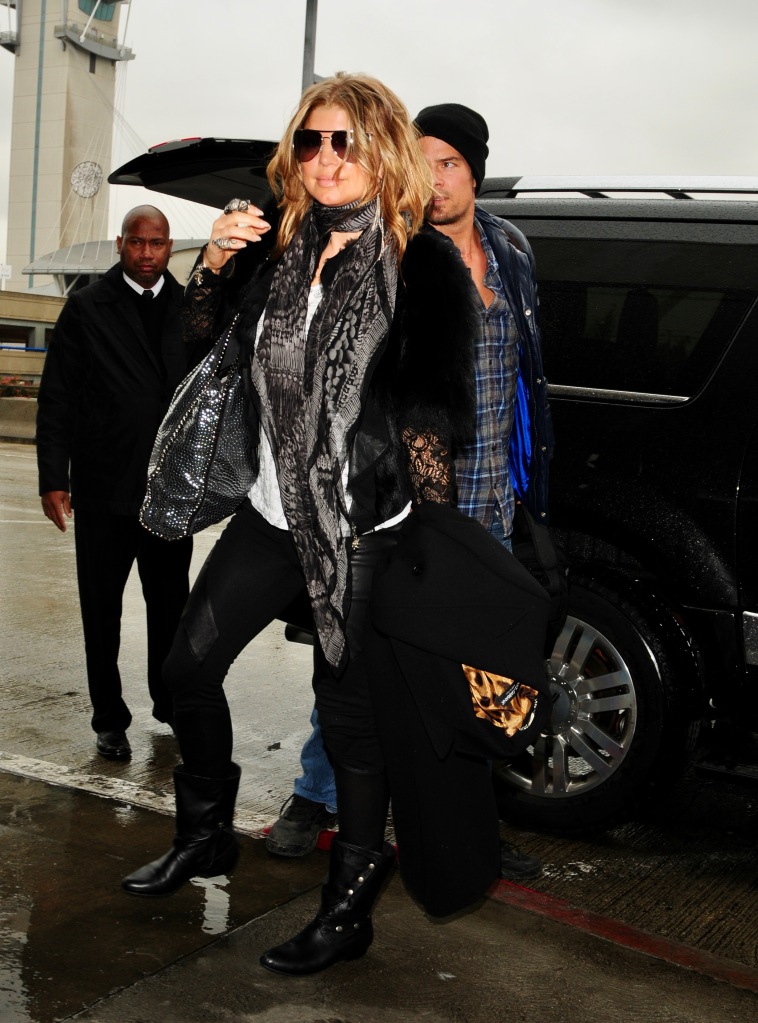 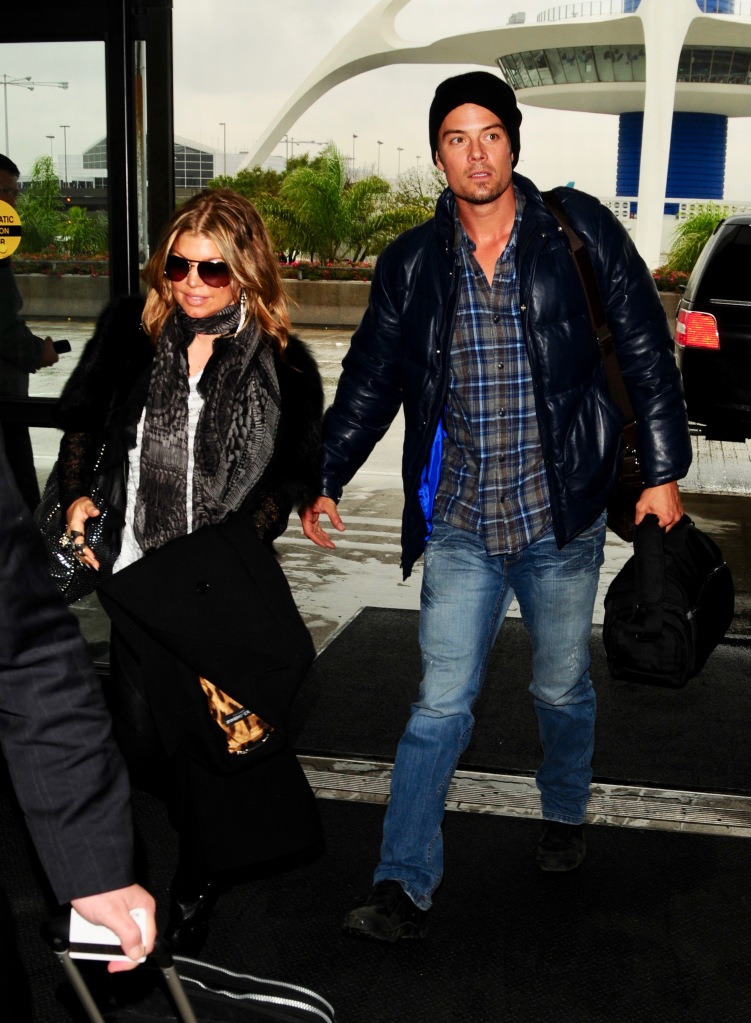 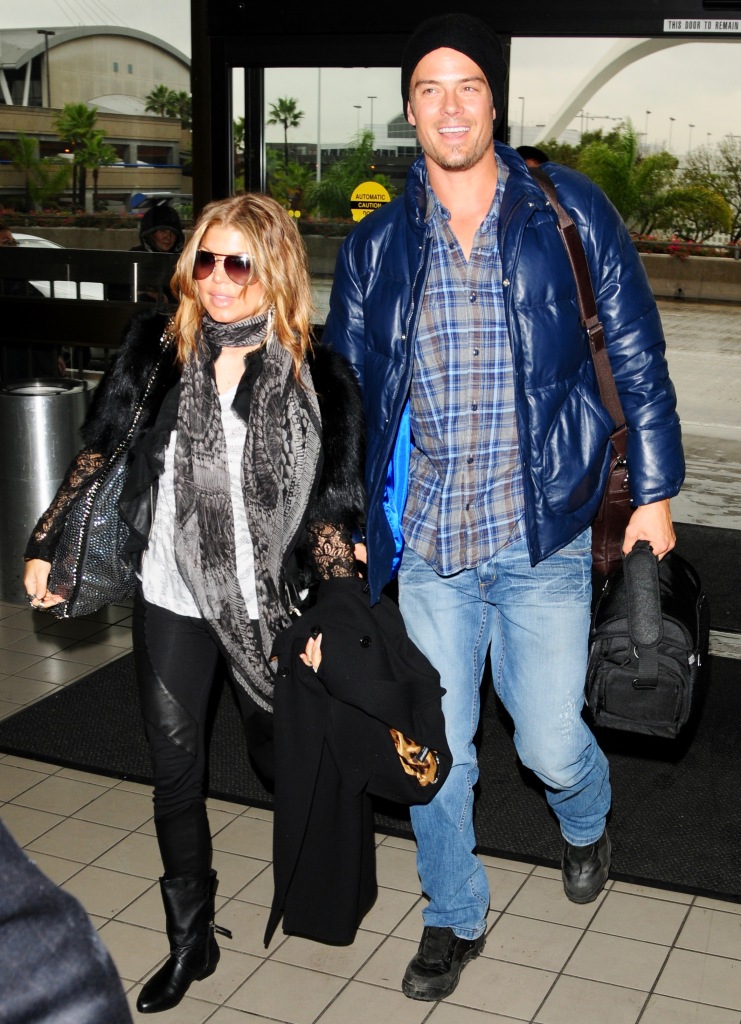 THE IMPORTANCE OF OVER THE FUCKING SHOULDER.

My brother loves that shot. Over the shoulder. He would often just let the celebrity walk by him and just yell “over the shoulder!” Prompting the celebrity to turn around and get what was his trademark magical shot. He was obsessed with over the shoulder. And for a good reason. The three pics above are good and they sold okay. But the over the shoulder got me gold. The following pics were in many magazines and tons of blogs. I yelled something to the effect of “Merry Christmas! Have a good flight!” And like I said, Fergie and Josh were awesome people. They turned around, gave me an over the shoulder, and a peace sign. I remember even Josh said silly like “You too buddy!” 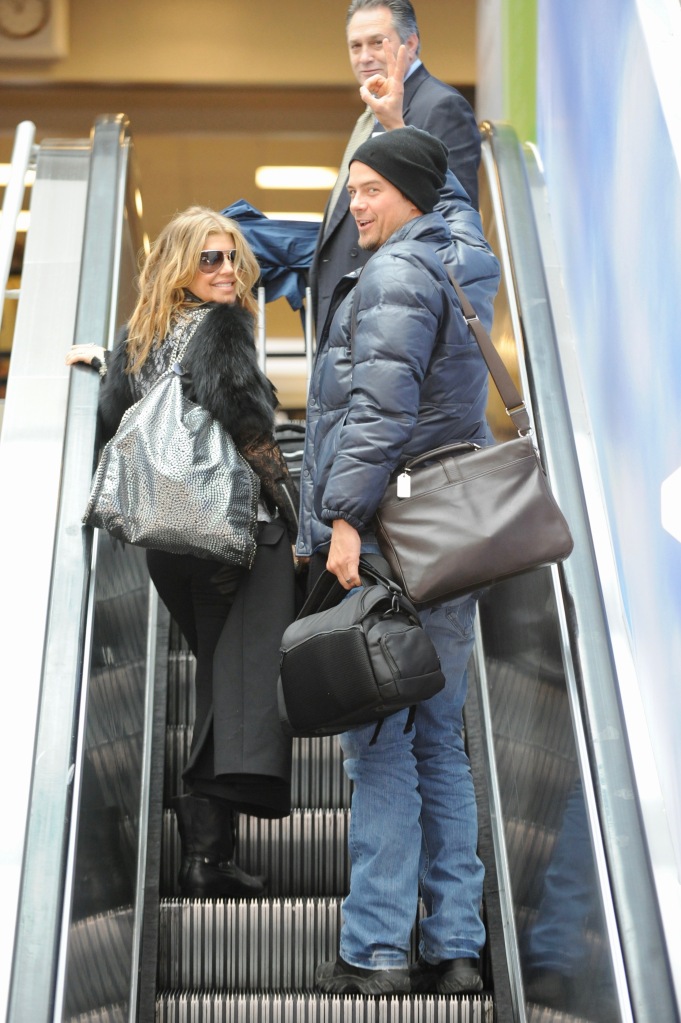 If you google ‘Fergie and Josh LAX’ the flash pictures are the 5th result, and the over the shoulder is the 10th. Some pics I also recognize as mine, but the rest are more recent and I am WAY out of the game.

Now back to being undecided.

I actually have WORK TO DO. That I WANT TO AVOID. So no. I can’t just go back to being undecided. Let’s hope for the best.