I had one of the best Saturdays I had in a long long time. I was productive, I got material, I got photos, I garnered all I needed for this next week. Now this week I have to shape all that material into articles, work my ass off and get $$$. And I basically have until tomorrow… so I’ll be busy for this two next days. Which makes Monday blog not that great because I should keep it short.

Also, I took shit tons of pictures on Saturday.

After almost two weeks of looking for him, I finally saw him again. Got a great interview. He is a really nice guy. That will be coming up sometime soon. I drank a craft beer to celebrate.

Second. I went to the opening of Kokopelli’s new venture, Tras / Horizonte. It was fantastic. I can’t wait to go back. That’s the next upcoming thingy.

Mmmm… just looking at my own pictures I made myself hungry again. It was so fucking good and now I know what to order next time… Which shall be very soon.

And finally… after all that eating and drinking and more drinking. A show in Pasaje Rodriguez with great company.

I am a happy trigger drunk. I took over 400 pictures… And made it to the 3 nice albums you just saw.

Sunday I was lazy as fuck. Did some light editing but I was so happy with my Saturday that I decided to be lazy and watch NFL all day. A small argument with an old friend pissed me off and put me on a sour mood. But that’s over now and it’s a new busy week. Being busy is good, but it’s so momentary… I need more jobs after I’m done with the couple tasks I have for sure in front of me.

The elections are tomorrow, and I can’t fucking wait for them to be over. It feels like its been going on for years. But I have so much to do I can barely pay attention the elections right now. I just want it to be over. Apparently the BBC is going to be in one of my favorite bars interviewing Mexicans and filming reactions to the elections. I’m not sure where I will be, but hopefully done with work.

Speaking about being done with work. This Monday blog is short. But it is Monday, so it needs a celebrity. I have so much more to write, but I’ll spend that energy writing for $$$ not for silly blog points.

You know who else was nice? Jeff motherfucking Goldblum.

Yep. I only have two albums of Goldblum, which makes me happy because I didn’t feel like editing or sifting through shit tons of pictures. But here you have it.

Jeff Gold the first time I saw him on June 30, 2009. I don’t remember taking these, I just remember him being super cool. Judging from the pictures, he was. 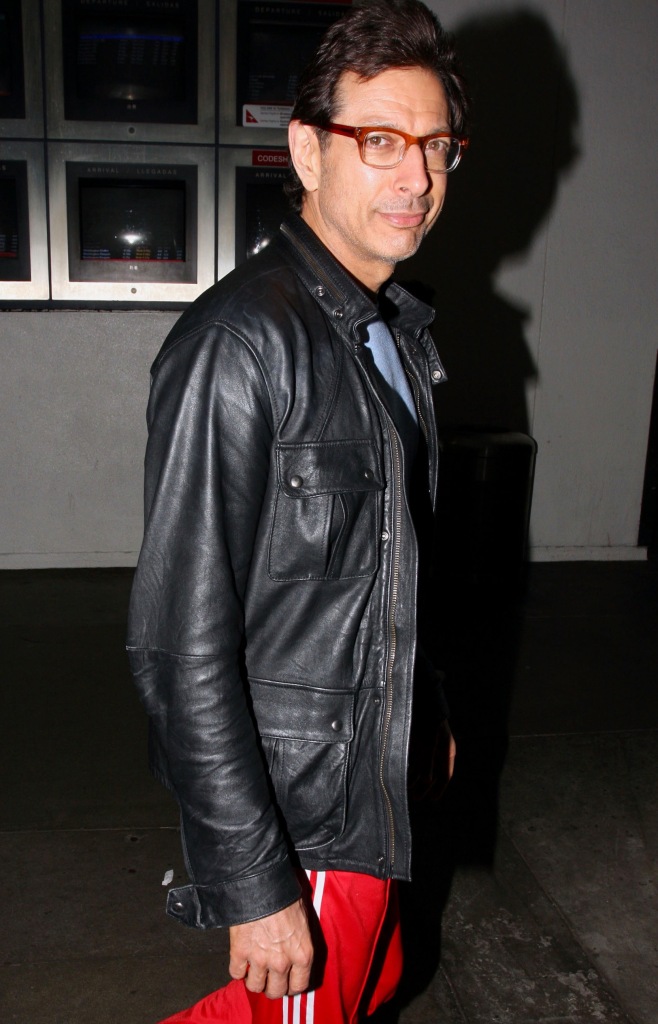 The other set is from November 4, 2010, basically 6 years ago. I also don’t remember this set, but judging from the pics, I kept my distance and didn’t bother him.

There you have it Monday! Blog on your face! Now if you allow me, I have a busy week to attend. Week should go fast… but we’ll see what happens. Craziness may ensue if Trump wins. Then I’ll definitely need a job in ‘Muricuh… I still need a job. I should look for photography gigs that pay. Event photographer! Come on people! Some of you need to hire me. Because I want to be banking so I can buy more food and drinks, and more photogear and crap, so I can work more, to get more money, so I can buy more guitars, so I can work more, and get more money, forever and ever.