This shit year is almost over. And I feel better in general.

It still happens from time to time… and well… somedays it’s a lot.

It hits me that I’m never going to see my mom again. For some weeks it just felt like I haven’t seen her in a while but I will soon.

Then the realization comes…

But it just gives it a different meaning.

We all going to die.

And I short chuckle to myself and think of mom and how much I miss her.

I haven’t had any work… well almost no work at all.

I don’t have much work to do until the end of the year.

My aunt bought me my ticket to Houston for Christmas. So I’ll spend Christmas with the closest kin to my mom. What I have left of my Gringo family.

And of course, my cousin Chris who is basically my twin if I had no Mexicaness in me. And my other three cousins as well.

I’m hoping it would just become the norm.

Because I always spent Christmas with my mom. So in a way, this will be the continuation of that. In Houston, and if not, somehow together.

Today I deliver the Reader and then it’s the Reader’s holiday party. Couldn’t get a date. So I’m taking Chad because free beers and food.

He finally sent me his book. Only one chapter in, but I’ll read some more later.

I haven’t had work… but I’ve been busy!

One of my cousin’s best friend’s from childhood lives in LA, and he came to visit for Thanksgiving with friends of his.

We had a Tijuana Adventure.

Very similar to the Tijuana Adventures that I’ve been posting over at TijuanaAdventure.com

I’m listening to Yvette Young now. She came up on shuffle on my Spotify. I love her.

And I just realized one of the things I’ve been busy with is getting way better at Starcraft II.

Seriously, I jumped from an average of 50 APMs vs around 80+ APMs.

My last battle yesterday I did a nice round 100 APMs.

I’m happy with averaging 100. That’s already way more than I thought I would ever do.

I’ve been playing a lot of Starcraft until really late at night, almost dawn, then sleeping all day.

And since it gets dark early, by 5 pm I’m already out drinking, to come home at 8ish or 9ish and playing Starcraft until fucking dawn.

I shaved unevenly yesterday. I didn’t see myself in the mirror. I left the house with a shitty beard.

Last week, after the last post… Like every Wednesday I went to the office. It was rainy and shitty but I also needed to get some pictures for Instagram (I get paid for it… just a little bit, but I do).

I linked up with my bearded buddy who shaved so he has no beard, the Housewrecker (aka, Joey, aka my Instagram boyfriend).

He had this idea that he stole from another photographer of a picture of a railing by Spreckles theater reflecting the rain.

So we did exactly that. 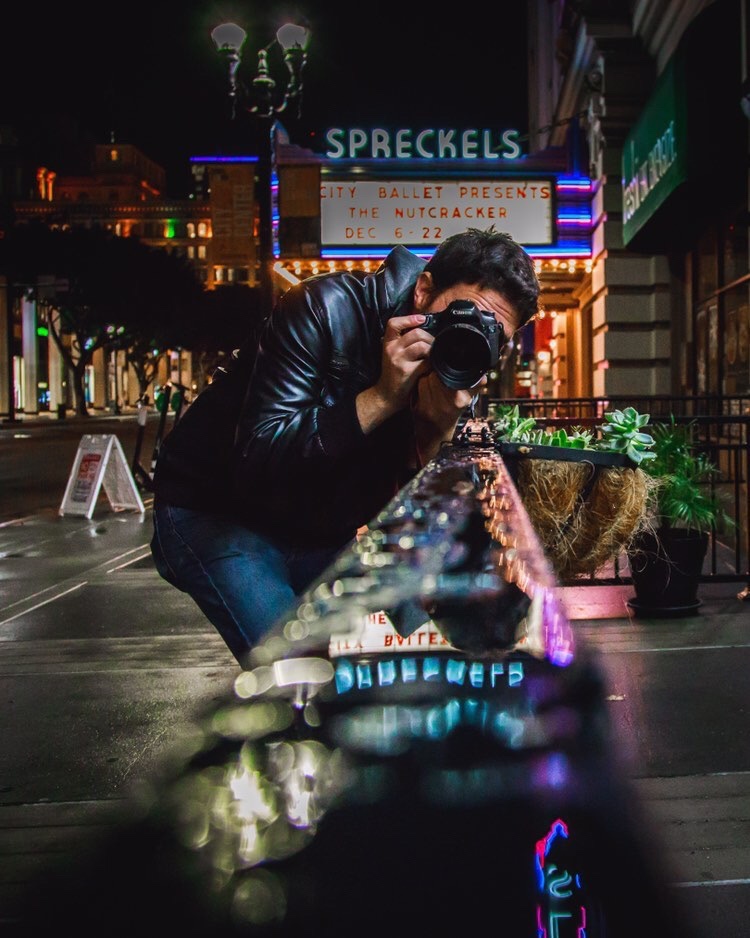 After that, I took a bunch of long exposures in downtown and more pictures.

I take really good fucking pictures and I need to make more money from it like I’ve been saying for fucking years and I still do nothing about it because I suck at working.

I’ve also been saying that I’m going to write to get paid and I haven’t.

I just got an email from Indeed.com:

It looks like you are no longer being considered for the following job(s):

53 applications. I wonder who won.
NOT ME!
That’s who didn’t…
And I thought I would have been perfect for the job… I love doing long exposures at night. I need better gear and a full-frame… Photography jobs always require that…
That Thursday, Thanksgiving, I didn’t do anything but play Starcraft II. It rained. It rained hardcore. Couldn’t do my delivery. Didn’t risk going outside. Streets were flooded. Many car crashes. And my street was a shit river.
Nope.
Didn’t leave.

I did my delivery and bowling the next day. That Friday felt like it was Thursday the whole time.

Then I played Starcraft II all night.

Saturday, it was the Tijuana Adventure with Mr. Santa Maria and his friends from LA.

It was a long night of eating and drinking a lot.

It was a great tour and a great time. We almost went to the strip club… but I took them to the gay strip clubs instead. That was… very gay.

My shitty parlay was shitty and I didn’t get it right… but that reminds me!

And Tuesday, it was another Tijuana Adventure!

My best friend from college, Woodawg47, was vacationing with his girlfriend in San Diego. They had one day to visit Tijuana.

And what a day!

A very VERY slow Tuesday in Tijuana but it was a great tour. And I got to hang out with one of my best friends and his new girlfriend who is dope as fuck.

Wednesday I woke up feeling like shit but still had work to do.

That means today I also have work to do.

And Friday some more work to do…

But I don’t think there’s no more.

The year will be ending…

What a shit year…

Not sure what 2020 will hold… But this word vomit will be ending like it is like I say every year. I know I’ll be trying to write another book. And that will take the time that I write stupid shit like this right now.