I’m depressed to be back. It’s not Tijuana. It’s life.

I guess that’s what I was trying to avoid.

Because… Tijuana… Tijuana is still great.

My last night in CDMX was a lazy one because it was a Monday. Not much to do on Mondays I guess. Much less when your friend is at work.

I barely slept that last night.

I went out on a last minute Bumble date.

Many matches, but I only really talk to a few girls. And only one was constant conversation to the point we decided to quickly meet.

But way too brief.

She had a lot of work the next day and I had to fly.

She is a psychologist. Not sure if I want to date her or have her as my shrink.

She suggested Skype therapy. Not with her. Just in general.

Maybe I should suggest we do that…

I barely slept that night.

Borrego was on the same flight as me. I spent the night in their apartment. Traffic noises that vibrated the whole living room of the apartment kept me awake. It wasn’t only that. I wasn’t very tired and I had to fly in the morning.

Ivan was also on the same flight.

I saw him before getting on the plane, then we chatted about beer as we went in.

The owner of Insurgente, my favorite brewery. Happy coincidences. I saw him at Cervecería Hercules, then on my flight. Let’s see if he recognizes me from now on. And hopefully, some free beer?

Always hopeful for some free beer.

He also confirmed what I already knew. Hercules money comes from Comercial Mexicana (they sold it to Soriana). And that Cigar City brewer is there.

And their cans are really good.

If you see Cerveza Hercules, there’s no going wrong with them (if you know what type of beer you like).

I barely slept on the flight. I caught myself drooling. Which means I slept at least for a minute.

That’s sort of the best way to fly?

My apartment received me in great disarray.

Cat hair, food, and some vomit on random spots on the carpet. Dusty dusty apartment.

That’s what happens when you leave the apartment for two weeks with two cats.

My neighbor fed my cats and entertained them a bit.

She also was on cat poop duty. Cuz that was clean.

The rest of the apartment was a mess.

And I really appreciate you took care of them.

As I situated myself back in the apartment and put my shit away. It hit me.

This place is still filled with my mom’s stuff. My mom was here not so long ago. 19 weeks, 4 days.

Back from vacation and I can’t tell her about how great it was.

I cried a bit. First time in a while.

It took me less than I thought to get situated back.

I woke up around 5 pm hungry. My apartment was still a mess. I went out for food and to walk around.

Took me a while to decide… Colectivo 9. Empanadas and a beer.

Those empanadas never fill me up.

Beer is always good with Beto. First person I saw when I came back. Beto. And we going to play Smash.

Tony Tee hit me up. He was at Bajer Brewery. That’s across the street.

He was with Panca.

We shared some beers and talked a bunch. Rockstars in Tijuana.

From there, my brother picked me up with his wife and kids.

We went to Tras / Horizonte to have dinner with Borrego.

MMMMMM delicious shrimp tacos. “El Gringo en Vacaciones.” That’s their chile relleno filled with shrimp. The chile was excellent and I counted the shrimp… SIX. SIX big shrimpies on my taco. In CDMX shrimps would have been the size of my Maruchan (instant ramen noodles). I had the octopus taco as well. And a cocktail. And a tepache beer.

Tijuana is the best…

Beer and seafood for sure.

CDMX is the best…

Obviously, in its own regards too. Seafood and craft beer scene is not their strength. But shit tons of people and places beyond imagination is.

I think what I like the most is the feeling that the city is old. It’s not European old… but sort of. It has ghosts.

Not the type you are thinking you numbnuts.

I don’t believe in ghosts.

I mean, the place has been lived in a lot.

I want to go back.

Though my work is the best. I’m tired. I have shit to do later today. And to the DMV tomorrow. Finalize projects. Start writing. Get some pictures.

I was doing a sizeable IMGUR album with my adventures because this blog doesn’t have enough memory space. The draft got deleted. I got mad. I don’t want to do it again. But I will.

First… I need to relax. Play some videogames. Breathe. And remember that everything is going to be okay.

Played some Cuphead. I sucked.

Got me a shrimp, octopus, and clam cocktail. It’s delicious. DMV tomorrow. Organize pictures today. Cross the border. Drive. Things to do.

A massive album of a colossal city… Made it public on Imgur as well. Let’s see how it fares. Then post on Reddit. And still, have to post on Instagram. That’s not work. Why even bother. Cuz I want too.

And with some text in between.

Imgur is not the best platform.

I wish I could consolidate all social media in one platform. Internet is getting annoying. I want all my fake points and likes from the same source.

Cross the border and DMV tomorrow. Some delivery and sales work today. Oh yeah. My Tijuana map finally got published. Let’s see what happens after this… I worked all year for that… 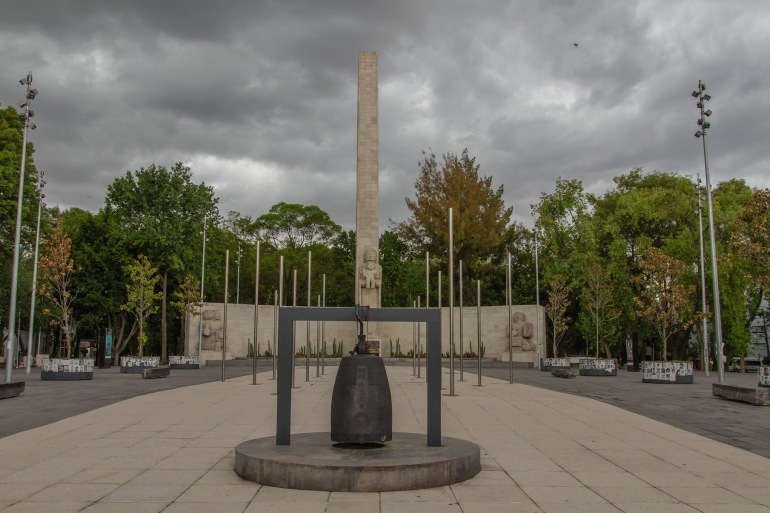 It’s not that bad.

I just don’t want to be in it.

I just realized I wrote all this as a page post and not a blog post. Where’s my mind?