I hate waking up. Waking up is the worst part of my day.

Mostly because it means I’m some sort of sober.

Mostly because I’ve been waking up at around 3 a.m. having nightmare negative thoughts and being unable to sleep again.

I thought about it a lot before… Because I knew it was going to happen someday.

I wanted to buy her a house. And for her to grow greyer and wrinkler there. To have a home.

She was young. Not even that grey. Not dried up like a prune.

But she never wanted to be old.

That’s how I wake up.

Then I start thinking other stupid shit. Like Gator by the Bay worries me a bit. I’m used to having more gear and having Andy’s MacBook Pro. And I start worrying about it. And other work.

Just to realize my week is not that busy…

Besides that… I’ve been working on sales. I had a meeting canceled yesterday, but I have a meeting soon, and another tomorrow. And I’ve been pitching the idea to several other businesses. I shall finalize that this week.

I finished 6 out of 8 little snippets of writing I had to do. The longer article has proven to be harder.

So… I’m trying to keep myself busy.

And the MacBook Air helps. I took out yesterday and worked from not home. I actually finished writing some stuff!!!

I took half a Ritalin. That probably helped. I haven’t taken any in months.

I took my camera with me as well. I ended up shooting almost nothing. Just the pink sky. Used the MacBook to do the edit real quick. Send it to the owner of the brewery. 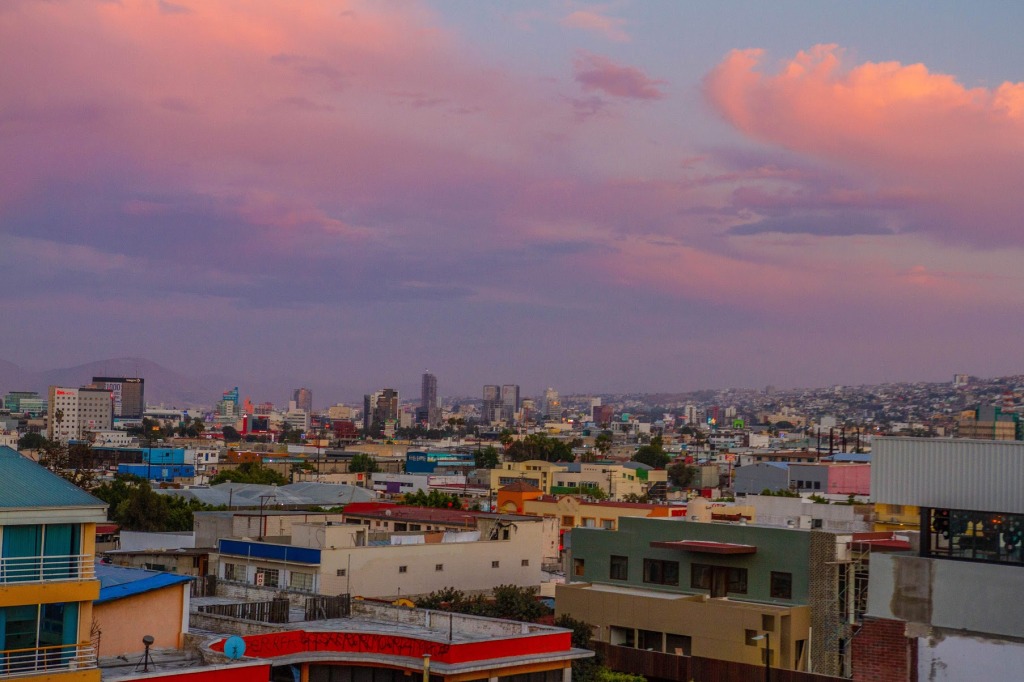 In an awesome sidenote…

I was honored in the mural of the brewery.

There’s a new mural at that place… A lot of the team is honored with a painting of them on the city skyline. And I’m there. Standing tall. With my crooked stance. And my shitty goatee.

Feels awesome to be included. I was not expecting it all.

That’s two murals I am painted on.

I wanted to go bowling yesterday.

I ended up drinking. Hopefully, I go bowling today. I also gotta swing by a beer garden to take pics and drink and perhaps talk business.

I have a meeting soon. I haven’t had breakfast. Just coffee. He said to meet him at his restaurant. And from there to a Chinese place. I don’t really eat Chinese food in Tijuana. But you can’t really say no to a business meeting if he said let’s go for Chinese.

After saying I wasn’t going to blog anymore.

Oh. And yesterday. I finally gave my federal student loans a call. AND PHEW! I qualify to keep paying $0.

Oh. And I keep changing the page little by little. Because that feels like work. I still need a way better way to way my way.

To display my photos…

And the variety of such.

They are all a mess. I can do them all.

I gotta pick up the studio lights and backdrops from Los Angeles… at some point.

And renew my plates. And get my SENTRI.

I rather just die. But oh well. Let’s keep lifing.