I woke up at 4:35 a.m. to the sounds of “Estos Celos” by Vincente Fernández. It was playing loudly from a car idling on the red light on the corner of my building. That’s my old roommate’s go to song in karaoke. His Spanish gets worse as time goes by.

Then it felt heavy. My mom. I miss her smile and her wit. And how comfortable she made me feel.

I miss my mom.

And I still find it incredible that I won’t ever see her again.

I feel this way often.

When I see ladies her age or her style just strolling in downtown or having fun… I think, “that could be my mom right now.”

I’m getting tattooed soon. Already talked to the tattoo artist via Instagram. He can do it. Now it’s just finding the time and the strength.

There are good days though.

Saturday was a good day.

I crossed the border to do a different photo gig. Take pictures of an Airbnb place. Made $100 for taking a few awesome shots.

And I need new gear, a new computer, and more…

That same Saturday I went out to eat and ended up getting two tacos de lengua. Then walked by Voodoo Stu and oh shit, I forgot they were having a special event with grilled and fried chicken + a raffle.

I was already full, so I went to drink a beer instead. After that, I went for the chicken.

A huge plate of chicken, a slice of homemade bacon, Ron White (tater salad), beans, and greens. All delicious. But I was so full, I couldn’t finish it.

Fuck it. It was for a good cause. So I got the ticket…

Third place… but I won.

First place was the homemade smoked bacon. Fuck I wanted that.

Second place was a bottle of a nice tequila… I rather have the bacon or third place.

And I got third place.

A tote bag and a shirt (and some stickers). I like them. Worth it.

I went back home happily and played Tetris 99 through the night.

I’m addicted to that. I am actually going to post this blog and go back immediately to Tetris 99.

Uploading my first and only win that I actually recorded on IG live. I think having it “live” pushed me to do better. Because holy fuck that’s an intense game. It requires an insane amount of concentration. Towards the last 10 that shit goes so fast… it’s a bit insane. I have no idea how my brain manages to do the patterns that quick. But it does.

Too bad I like drinking in the afternoon… Because I am way worse after just a couple of beers. I still enjoy the fuck out of the game and get good places. But towards those last 10, it’s a huge “ohhh fuck this.”

I have a lot of work. And no desire to do it.

I want to do menial tasks. Not the ones I have to do.

I think of quitting my job sometimes, but then I realize is not really a job since I freelance and I can still choose to do other things or simply say “I can’t.” Because sometimes I can’t.

I have to fix this whole website. Gear it more towards photography instead of all my nonsense.

And work on writing.

I planned on writing another book in 2019. Hah. That looks tougher and tougher. I can’t even write without shedding a tear because writing always reminds me of my mom… since SHE read every single thing.

No one else has.

No one else will.

I find old messages from her and I break down in tears still. I still can’t believe she’s gone.

I don’t even read them. I just know they are there…

It’s tough to read them.

This after life is difficult.

But there are good days.

I went to play tennis. But it was too damn hot. I lost.

Didn’t even play a full set. The sun was killing me. I couldn’t play right. My serve was gone. All I did were mistakes… And oh yeah… my shoes are FUCKED.

And I have work.

Tomorrow I am a delivery boy.

Thursday I have a short photo gig.

I have to write.

And I have a continuous photo gig for now. This:

I’m not controlling the Instagram, but I am taking a lot of extra pictures and sending them over to the office to be posted. Last five are mine, then there’s a small gap, then again a few that are mine.

I’ve also been posting a lot on the Tijuana Adventure IG.

It’s dumb how social media became a job. I use IG more than anything else… and a lot of people do the same. Tijuana Adventure grows naturally without even promoting…

So that’s the job I’m aiming for. Because I know it pays a lot. Social media specialist.

Both my accounts are naturals and work wonders. I know I can control accounts with over 100k. I have before.

I will be sponsoring some ads on Tijuana Adventure and watch it grow.

That blog is dead. If I could only post directly from the IG to the blog… it would be way more active.

Speaking of posting on IG and pictures. This post needs a picture and an ending.

It’s April. Time to back up the hard drive. Erase raw files. And start this fucking month.

So much shit to do. So little desire to do it.

I forgot that I also went to LA this week. That was on Thursday. That was an adventure. LA still sucks, but it’s so close. And there’s money to be made over there too…

This post needs a picture, so random picture that I took a couple weeks ago in IB. Old Asian lady fishing: 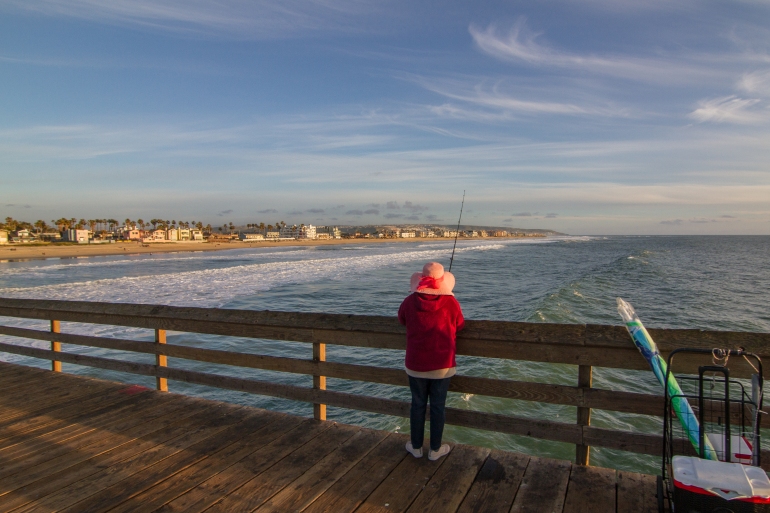 I forgot that there are new cover pictures I took. I should post that too. The latest one I am very proud of. Not only because of the picture but because it has been the best issue so far this year.

I have over 50 covers now. Seven so far this year. Eight with the one that is coming out tomorrow.

Now to switch the website and make the photography stand out!