I just got back from a Pokémon special raid event to catch a Deoxy. It was disappointing.

I expected a difficult battle… nope. It was easier than Mewtwo. I got there at 11:00 a.m. just like the game told me too. There were already 20+ people there and one of the leaders of the Whatsapp group that I joined. I don’t think they like me. I don’t care. It’s mostly made up of college-age kids and families.

And on September I filled out my Kanto region Pokedex! A sort of dream come true! Kanto region are the only ones I know, but like the idiot that I am, I wanna keep playing. And buy a Switch soon.

I didn’t write much.

I didn’t write at all.

From writing a book at the beginning of the year (and then doing nothing) to whatever I’m doing now. Meetings. Emails. Photowork.

Keeping busy with clients and photo work is doing great though.

The one I didn’t get is about Bahía de los Angeles. They wanted to send me there. That place is fucking far. There wasn’t a way unless I spent 5 days on the job… Not worth it.

The story… the story is intense. Read it here.

These are the other covers. 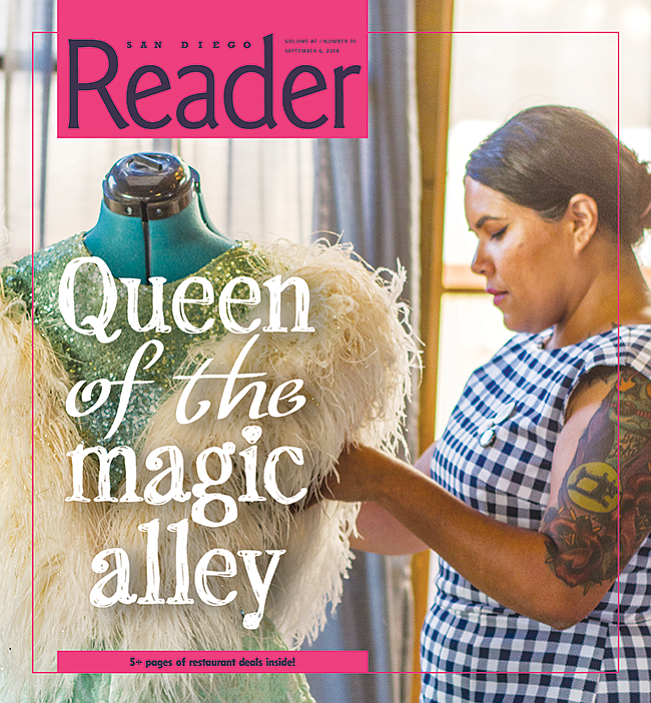 I had a blast with Claudia the sew master. We talked Barrio Logan and Tijuana while I took pictures. Fun stuff.

On that same issue, the article with Tamara Vallarta came out. The Netflix one. The one she wasn’t supposed to tell me all the things she tells me. And she continues to tell me things she shouldn’t. I could sell all that she has told me to TV Notas or some shit like that. But not worth it. And also, betrayal is not cool.

Can’t wait till the series comes out. Let’s see what happens with that. And with Tamara… 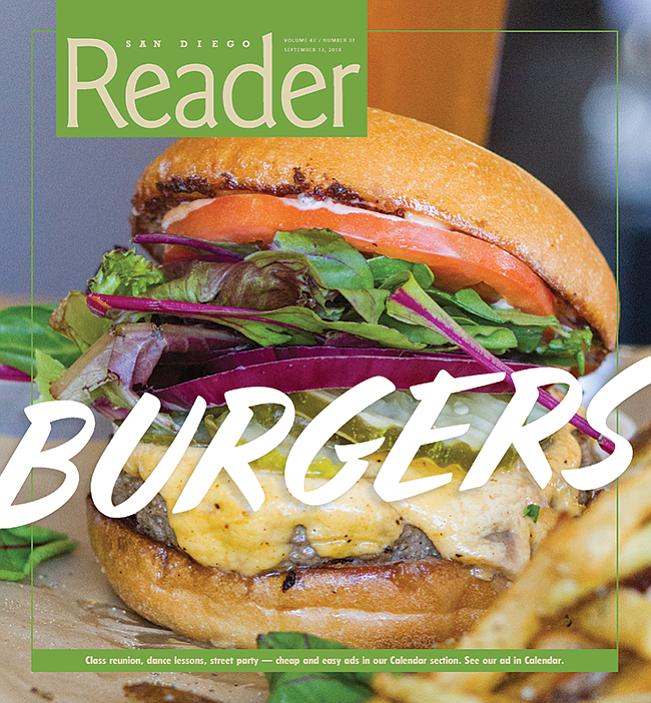 I already wrote EXTENSIVELY about this over at Tijuana Adventure.

So I did a bunch of writing in September… but none that pays me! Like this shit that I’m typing right now!

Just a waste of time. A waste of life.

I wrote it in four different parts. So if you want to read more about burgers, you’ll have to check out my other blog.

Which is basically this blog but focused on beer and drinks. Yep. Main reason is I ran out of memory space in this blog, so yeah… that’s the excuse.

Go visit my other page.

From the four people mentioned, I had already taken pictures of Benji at Gator by the Bay, one of them I couldn’t meet, the other was the great Anthony Cullins, and ended up with Jules of the band The Rough.

So I got to meet a future little rockstar. Dude was amazing. Saw one hour of his set and dude knows how to solo, expressive, mature, smooth, delightful.

It’s nothing out of this world crazy solos. But for a 17-year-old, that shit is magic. And he has a long long way to go. I just hope he doesn’t burn out, but I doubt it. At 17… playing the stage and getting paid to do it is a dream come true. No matter what type of music.

I know the kid is going places.

Let’s see what the future will have in store for us all.

That was September work.

And keeping up with the free ads and signing new ones.

Besides work, I’ve been a mopey depressed disaster.

Suicide hasn’t look that pretty in a long time.

Don’t worry. I’m never going to do it. It just looks prettier than before. I know it will go away. And I’ll feel better. I just feel so empty.

And get obsessed with my Fantasy Football league.

I hated one of the guys that were playing (and a couple others I dislike). That dude that I really disliked (just a bad vibe… you know)? Well, that guy… that guy ended up dying. Overdose.

I knew there was something wrong with him.

There’s something wrong with this city. Or at least it feels like it. It’s too intense. And I’m burnt out.

And that might be why I’m depressed. Because everything is going great financially. Nothing is going on romantically. But careerwise, it’s all great.

At least, in October, I’m one twice!

Going to Houston this Wednesday morning and then to Seattle later on the month.

Yep. September went by fast. In August I tried to buy a new lens through Abe’s of Maine instead of just using Amazon. They never sent it. It was a bit of a mess. I asked them to cancel it in exchange for not giving them a negative review.

They deserve a negative review.

And I just bought it from Amazon. Except, I’m also having problems paying to Amazon. FUCK! I just hope the new lens arrives soon.

I wanted to use it for the wedding.

I wanted to use it for the burger pics.

I want to use it ALREADY!

I wanted to use it for the photowalk TJ.

That’s what I did this Saturday.

The new iOS update for the iPhone is amazing.

I’ve been doing stupid memoji videos since it came out. This is the first one I did.

Besides that one… I like to use the Unicorn emoji a lot. You can create 30-second videos. Which made me want to do some sort of drunk unicorn show since most of the videos I made are of a unicorn drinking beer.

Fuck. You’ll have to check my Instagram because those stories disappear.

Here are the pics:

The first pic has nothing to do with the Photowalk. There was police drama outside my apartment a week ago. Some dude escaped from the hospital. Shit tons of police. Never found out what really happened.

The rest are the photowalk. Now. The Photowalk… hmmm

I’m going to upload 10 pictures to my Instagram soon.

Not sure what I expected, but it wasn’t really for me. I got there 10 minutes late that the original hour that they told us too. Just a bunch of people standing around with cameras and nothing. I was there to walk around and take pictures. But nothing. We were waiting for more models to arrive. Got bored, took pictures of whatever was around me…

And 45 minutes after the hour, we started the walk. A very slow walk that was supposed to involve interesting locations in La Cacho neighborhood. Interesting looking houses. From the outside… which doesn’t provide much.

I knew two of them. The ones I worked with before at the laundry room. I’ve talked to one of them about doing a shoot again… but it hasn’t materialized. Partly because I’ve been waiting for my new lens.

40+ photographers and 3-6 models. And cops for some reason started to follow us.

Most photographers amateur or brand new. Just a handful I could tell actually knew what they were doing.

It was a slow walk. And the poses were too slow as well. I’m used to fast action.

Less than a few minutes into it, I got bored and depressed.

I hurried up pictures because “fuck it” I already came out with my camera. I’m not thrilled with the results, but it was an okay activity for a Saturday.

I am pretty sure the rest enjoyed it more and learned something.

It would be better if there was some sort of leadership. A guided tour with some notes about photography. But no… it was sort of “hey, we are all here, let’s do whatever.”

So models stayed in the same space for a bit while photographers never stopped shooting. As if more than 3 minutes are needed in a certain location. Also, the sun was harsh because it was around 4 pm. Not the best at all for pictures not in the shade…

Less than an hour into it, I decided to bounce.

Quick pictures of Corinne (the aforementioned model). Follow her here.

WELL YEAH DUDE THAT’S HOW YOU TAKE PICTURES. Just click away. Chances are that if you are slow, they going to close their eyes or do something awkward. Just shoot the fuck away.

It doesn’t even have to be paparazzi bullshit. Even when you hear press conferences from politicians and shit you hear the D3s (I assume they are D3s) clickity clickating away.

Why do I assume they are D3s?

No fucking joke. The beat/noise the shutter does.

Back in the paparazzi days, you would hear all sorts of cameras click clacketing away. The D3 had the most satisfying noise to them all.

I just like to think that they are using D3s (I know they are not).

Also, the D3 has been my all-time favorite fucking camera.

Speaking about writing for absolutely no pay and fantasy football…

I’m doing that for fun!

I am loving the NFL. And because I used to write about sports (it’s fun and easy), I’m doing it again. This time in Spanish. And about my own FANTASY league Los Baquetones Forever.

STUPID! But I love it.

And it’s in Spanish.

Fuck. I need to fix my student loans and my SENTRI still.

I’m leaving in two days. Which should make me feel better about my whole life. The year is coming to an end. Just like what I wanted.

October should be WAY busier than September. Will go faster. And I’m flying out. Exactly one year after my last vacation, I leave for two small vacations! Should be great!