I just want to watch the World Cup and for the year to end.

We spent around $5k between 17 people at a bachelor party tour that I do. At some point, there were 5 stacks of 100 $1 bills on the table. Money flew. From the 17 people, at least half went up to the hotel (some of them more than twice). The rest were enjoying themselves heavily.

That was just last week. It was maybe my last tour for a long long time.

I had one coming up next week with 25 people, but they canceled and decided to stay in San Diego.

I’m so fucking tired of those tours.

I have on more tour on September 1st. Bachelor tour. It might not happen. But Tijuana Adventure is done. For now.

Taking a break until the end of the year or more. Who knows what will happen? Who knows how I’ll feel?

I have another job now and I haven’t been doing much.

I forgot how to write.

I slow down on writing… and suddenly it turns to shit.

It’s all been the World Cup. Zombified by it. Waking up at 5 a.m. to watch the first game half-asleep. Only paying attention when I hear excitement on the commentator’s voice. By half-time, I’m fully awake and brewing some shitty coffee.

Getting all my predictions wrong.

And it’s been an unpredictable fucking World Cup. I’ve been loving every second of it. Mexico keeps making me nervous as fuck. I thought they were going to get destroyed by everyone. I was sort of hoping they get destroyed just to get the heartbreak out early in the knockout rounds. But no. Now we go against Brazil and that’s just going to be make me nervous as fuck.

I shit at writing now.

Take two weeks of not doing it and you suddenly suck.

I’ve only been working on special issues and cover pictures. Out of the 4 attempts for cover, I only got one.

The last one of the month of June. 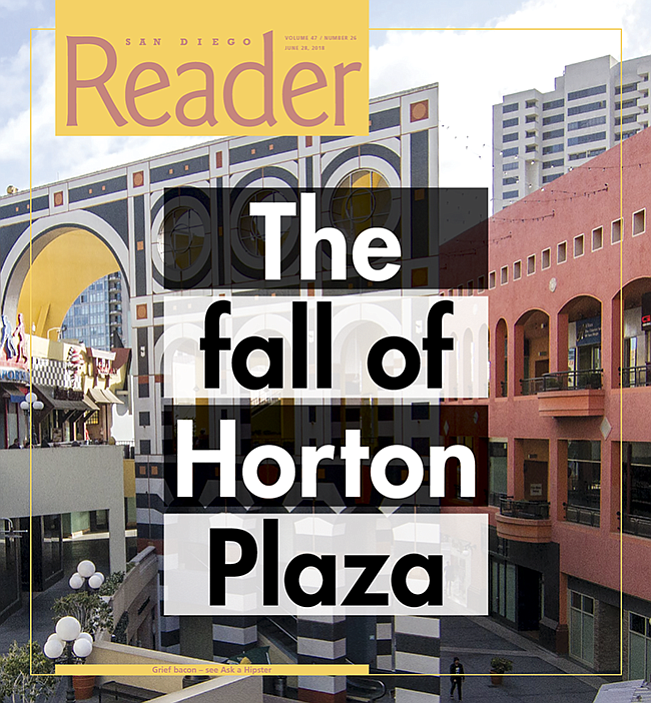 Two other covers got replaced by something else, and one of them they already had plenty of pictures so I had nothing to do with it.

Besides that, I started working on the other job they have me doing. It should be easy. It seemed like it was going to be really easy. It is not.

I feel like people lie to your face. Just tell me how it is and I won’t bother you again. Sales sort of suck. I got discouraged after a while of not getting results. I also got absorbed in the World Cup. But it’s going. I’m not sure what I’m doing, but I’m doing it.

I need to work more on it. And now that the World Cup is in its last phase, I’ll have more time to actually work. Today there wasn’t a game! And I actually started working.

Fuck me this writing is fucking horrible.

Soccer watching. Soccer playing. I’ve been playing “cascaritas” or casual pick-up games. One is in a tiny field for kids we play 5 vs 5. Usually, there is one woman per team. The guys aren’t very good, so I take it easy.

I play other pick-up games where the players are better, but not by much. I played last night and scored the first goal after more than ten minutes of deadlock. It felt good. It was a nice half spin goal over the keeper. Got lucky. I am not good. I just have ideas. And sometimes they work.

My skill comes from playing with people who were REALLY fucking good as a child. I mean, a lot of them wanted to be pro soccer players and one of them actually turned out to be one (Quique el Paleta Esqueda). I also took it really seriously when I was a kid…

Today, I have another pick-up match. The 5 vs 5 that includes women. And it’s Friday. So beers are next after that.

I’ve been drinking a lot of beers.

To recap. It’s been strange lately. I’m not sure what I’m doing.

June started with this picture:

They were some strange dancers that my friend Haydee brought from LA. They did raucous in downtown Tijuana with their strangeness. Didn’t see them again. Just took this one picture.

I also hung out with Maya the Adventure Cat twice.

My bearded buddy, the Housewrecker, is dating Greenfield, who has that awesome adventure cat. So I got to hang out with them once in San Diego and once in Valle. And with MAYA the adventure cat!

Here’s the Instagram for the cat if you are curious.

The first hang out was for a photo mission about benches. It was going to be the cover… and… it got pushed to just being a feature.

The cover was actually going to be my back…

It didn’t happen. It got replaced by some political cover.

This happened at the end of May, but didn’t post it until the middle of June and figure out who is on the pictures.

That’s Tamara Vallarta, one of the main actress on the new Netflix show simply titled “Tijuana.” I tagged her on the picture and then she reposted it on her own Instagram. Since then, we’ve been casually talking online. I’m supposed to interview her via facetime for an article about the show… but in all honesty, it makes me sort of nervous.

Shit. I interviewed some of the biggest celebrities 10 years ago. And now I get nervous over any little thing.

Anyway, she’s been really cool. I don’t think she’s aware of the stardom that is about to happen to her. Well… might happen. Series could flop. But still, I believe she will be one of Mexico’s recognizable stars in the near future.

Oh. And she’s also friends with a friend of mine from my childhood… who is now a very recognizable actor! Fucking Poncho. I haven’t seen him in years. He was my neighbor back in my ole’ days of Querétaro.

After that, I went to Valle with Housewrecker, Greenfield, Maya the Adventure Cat, and my ex-girlfriend who models.

The idea was to get Milky Way shots and other shots…

Clouds ruined the Milky Way. It was so fucking cloudy…

The Milky Way should be where the clouds are at. Nope. Ruined. We just sat by the fire.

And since I had my camera and tripod out… why not do some light painting.

I should have tried some more. I actually wanted to buy wool spinners or more lights to have more fun. But didn’t. My ex was sleeping already. It would have been fun to take pics and light paint with her. But yeah…

Besides the Milky Way being ruined… it was real fun times in Valle. We ate at Viña de Frannes.

Remember I said it was really cloudy… ?! Yep. That sky is fake. It was way grey and I fixed it in Lightroom.

Maya hanging out on our table.

There were a lot of pictures of Maya. She actually hung out on my shoulder a lot. She’s such an awesome adventure cat. I tried putting Bisho on my shoulder. He hated it.

The big winner is… what I ordered!

12 hour smoked beef ribs. They fell off the bone and it was so juicy and meaty. Even the fatty parts were delicious. Veggies could have used an extra kick and same with the cheesy potatoes. But the beef was fucking delicious.

That was Greenfield’s choice. And Housewrecker and my ex, both don’t eat meat.

They got Margherita pizzas instead.

Didn’t try them. They fair standard.

Greenfield also got this risotto and octopus.

I’ve had way better octopus before. Rissoto was good.

And for dessert, vanilla basil ice cream on top of a brownie.

Meh. I love basil, but this combination did not convince me. Brownie was just okay.

After that, we went to Finca Altozano, where I met Javier Plascencia a month before. Obviously, he wasn’t there anymore. And the place was BEYOND packed.

“Let me take a picture with the goat, like OMG!” There were drunk white girls all over the place. A little goat escaped. They were passing it around like some sort of a prop and taking pictures with the poor confused goat.

We tried having reservations at Animalón, which is just a skip and a hop away but said they were full. When we went to check it out, they let us in no problem.

My ex and Housewrecker both ordered the baba ganoush salad. Greenfield knew what to order and got some cheesy lobster ravioli (I think) it was the right choice. I got an octopus ceviche tostada that didn’t impress me. 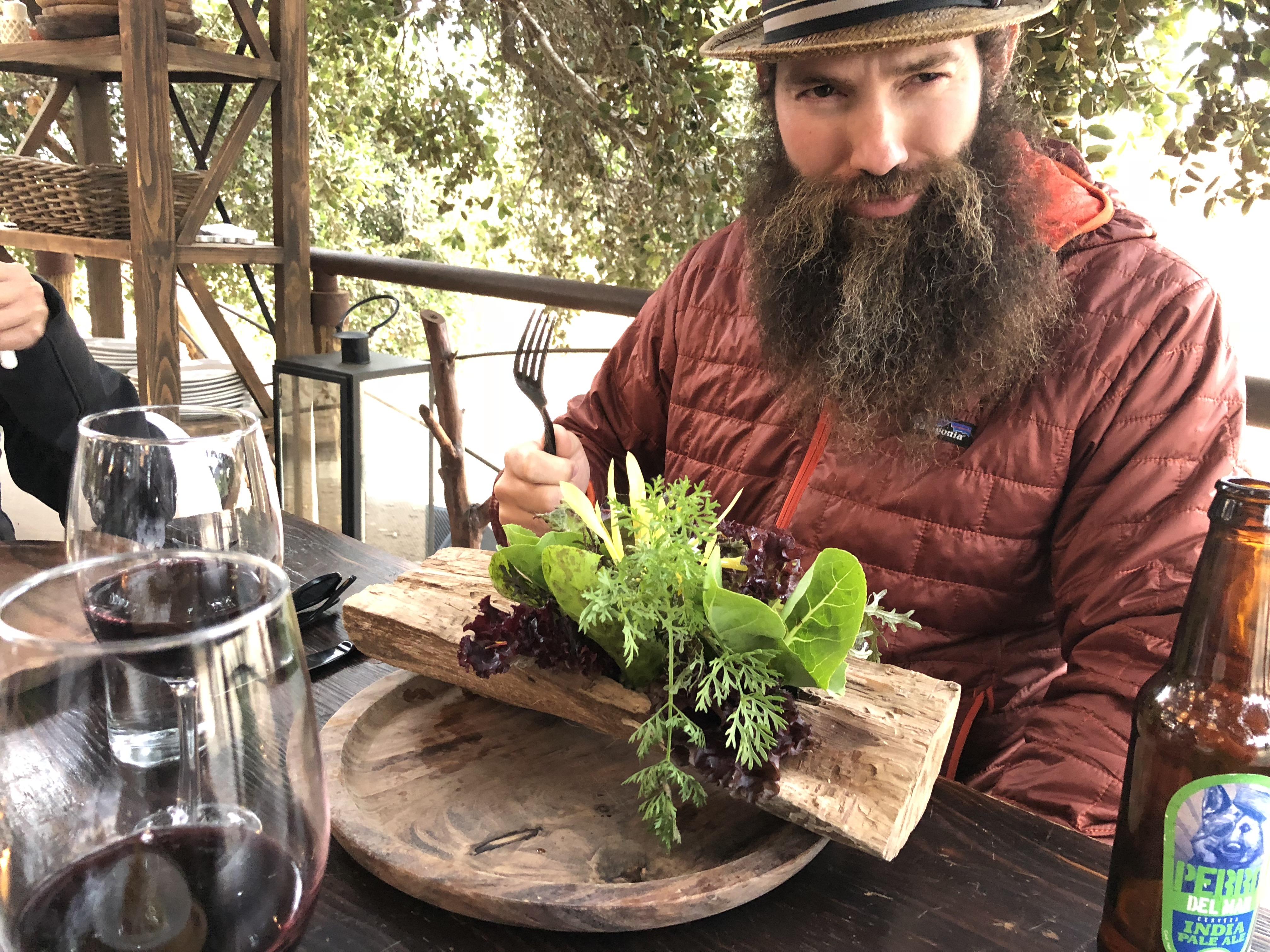 Yes. I posted it in /r/WeWantPlates.

It looked like a centerpiece. But it was actually really good. All the veggies were planted on the baba ganoush that was on the bottom. You had to mix it up really good to get all the flavor. My ex didn’t like it. I ate it instead.

I’ve been getting paid for no reason, not from the magazine, but from other sources. And been spending a lot of money that I shouldn’t be spending.

And I need to work more.

With money in the bank, I don’t have a desire to work. I just want to spend it until I’m back to zeros so I can work again.

But I shall work.

I shall continue to work.

More photo gigs. There’s money there. It’s easy. I enjoy it (sort of). And there’s a lot of more money.

I don’t have to use as much as brainpower as writing.

I mean… look at this shit.

You can tell I didn’t use any brainpower in this shitty word vomit.

Get back to work son.

Alright. Wrap it up. Crazy months to come. World Cup Round of 16 will have a lot of my attention. Elections in Mexico are about to happen. That’s going to be pretty fucking wild.

And I have a lot of work to do.

And a little part of me just wants to be like this dude.

0 fucks given about life. To fall into Oblivion. Die on the sidewalk of Zona Norte Tijuana.

That happened Sunday morning during the Japan vs Senegal game. I can’t fall into Oblivion. I care too much about the World Cup. I wrote this:

These guys showed up in front of my apartment at around 9 am. One dude couldn’t walk and suddenly collapsed. His buddy frantically tried to get him up to no avail. After trying for almost an hour, he covered him on rags, tied the rags to his shoes and belt, threw cardboard on top of him and left. He came back a couple hours later to find him in the same position. People went by, cops went by, the owner of the house tried to wake him up but nothing. Finally, some cops stopped to check on the situation. They search the conscious buddy but did nothing and left them again. The buddy sat next to his friend for another while and left him passed out again. I took a nap, when I woke up, the dude was gone.

I feel bad because the dudes didn’t watch the game. But them dudes don’t care. They were beyond fucked in their own world.

Besides all. I just want the year to end.

And I guess for that to happen… I SHOULD FUCKING GET BACK TO WORK!

But inspiration is not coming…

Till next month for more word vomit.