I’m writing in my blog for the first time in more than a month.

A lot has happened since then.

It’s a nice Sunday morning out. A bit cold, but Bisho enjoys the sun that comes through the balcony. My basil plants are looking great and tasty. I should chop some soon and prepare something with it. Unsure what…

There’s one major reason to keep the blog.

And just to stay relevant.

And to give updates at the end of the month.

Also. It gives me a chance to plug in my hard drive and back-up all the pictures and files for the month and getting rid of the RAWs.

Transfer files to my computer. Transfer thoughts to the blog.

So expect a word vomit near the end of the month every month.

I still have to figure out what to do with the memory space I have on this page. It’s 98% full which means I really can’t be posting any more pictures…

So no celebrity throwback.

I do weddings now.

One was my friend’s at Mazunte. I posted pictures before. The pictures were my wedding gift. They liked them. I was satisfied but know it could have been better.

The other was at the end of the year. And I’ll post the pictures soon. The client was at the wedding in Mazunte and she was getting married in San Diego.

It was late at night at the wedding that she approached me and asked if I could photograph her wedding. On a drunken whim said, “yes, I’ll do it for $250.”

And that was it.

$250 is really cheap for a wedding. But this was my first real paid one.

I’m happy to say that…

The customer was really happy.

I’m happy with the party results and the ceremony. Not really happy with some pictures but it was more than decent.

I was more than the photographer!

I was also their ride…

We did a few sessions. The first was in Balboa Park. 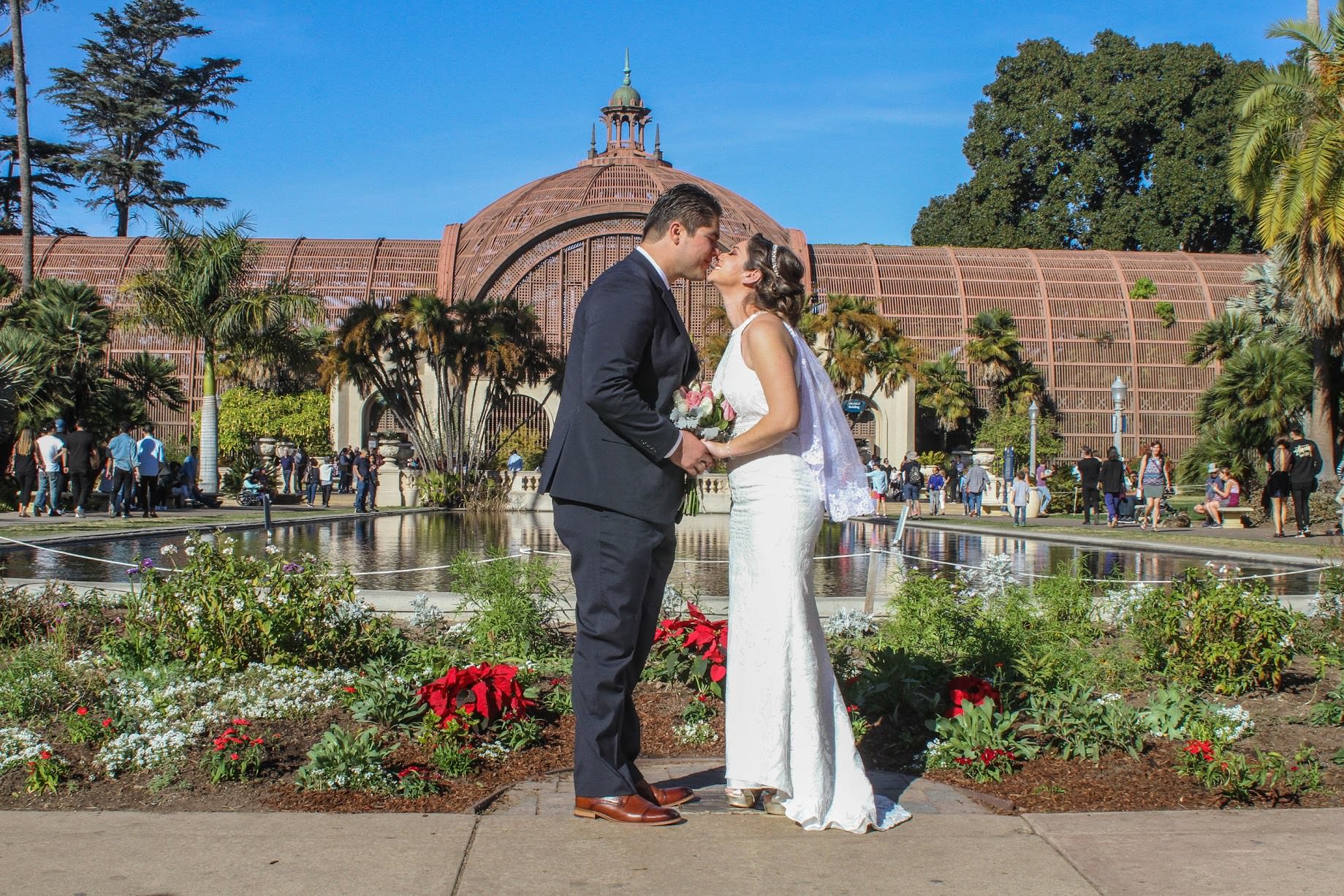 A classic shot there.

There were other weddings. 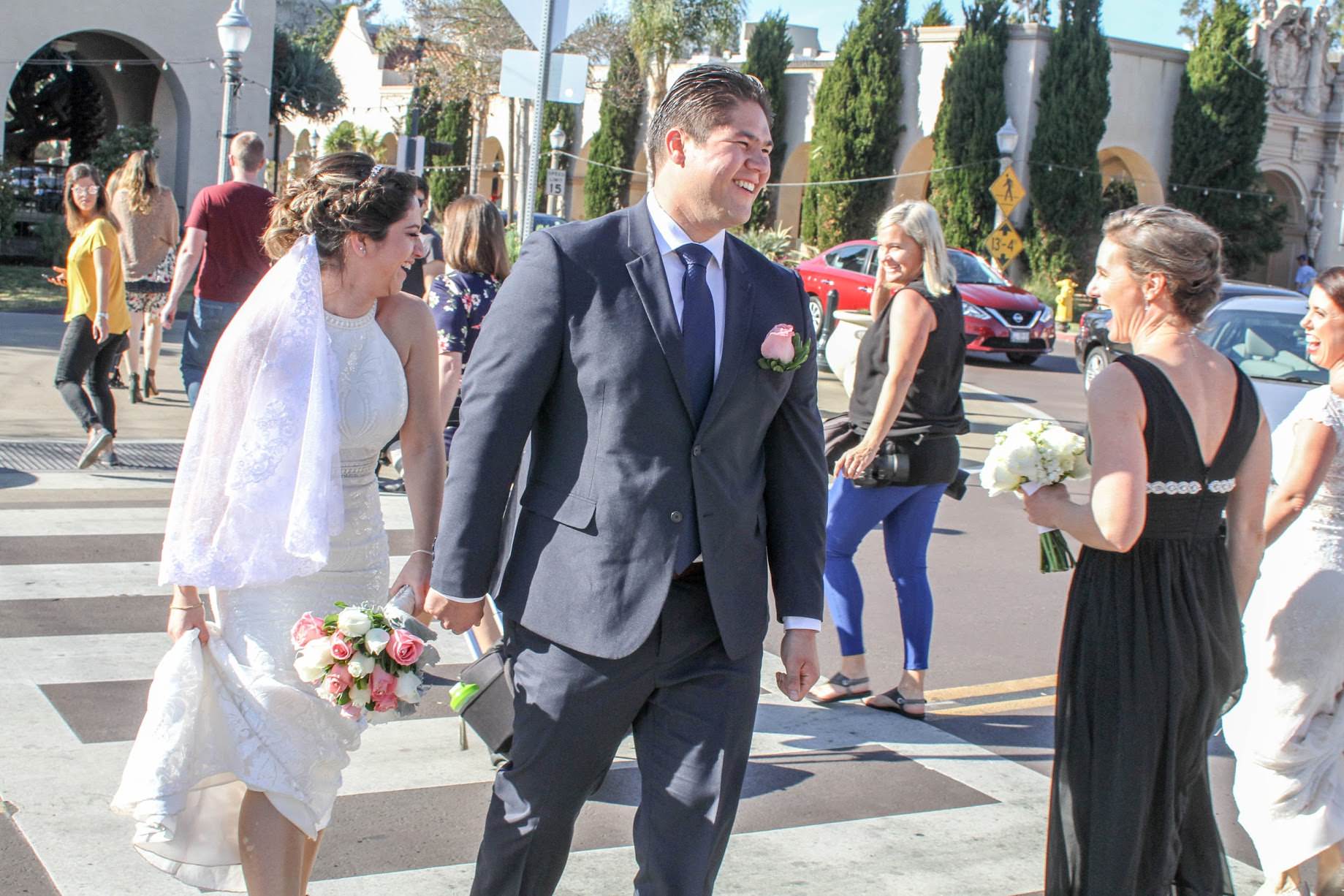 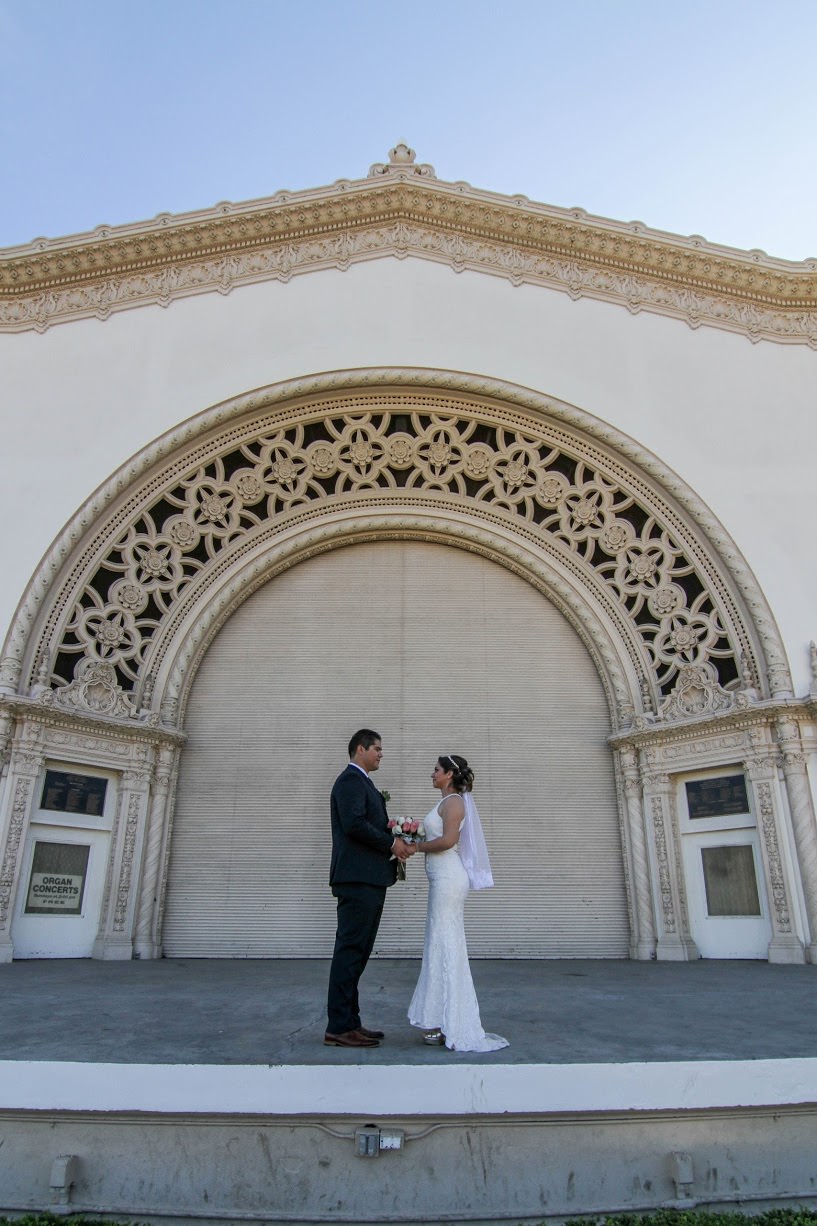 I could still do much better than this.

Better. Can still be better…

I believe they are planning to frame this shot. 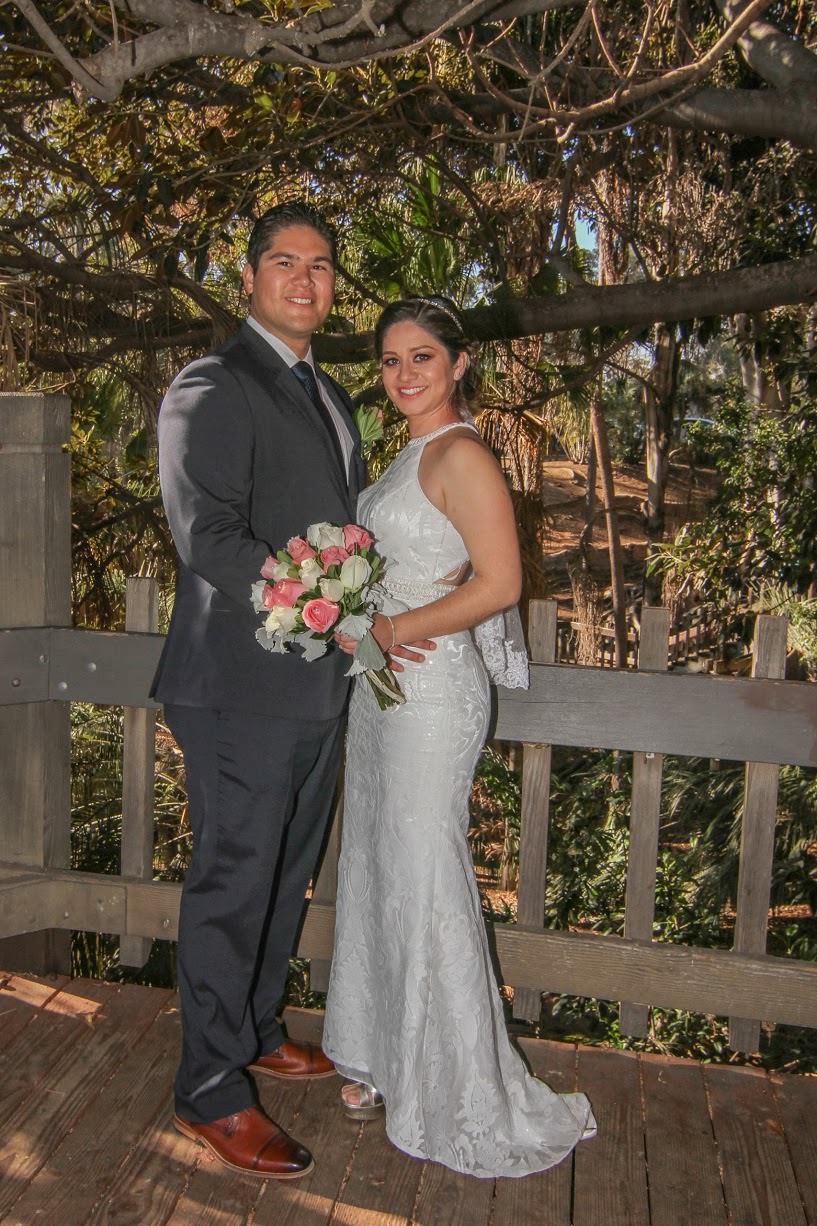 I talked to a photographer friend and only guy that went to my paparazzi conference years ago. He told me he charges $700 for weddings or XV quinceañeras. That’s good money.

He gets a gig once or twice a month. So it’s alright money. Great money for TJ.

So I could easily be more expensive.

I think that’s going to be my bottom line.

Because I did so much.

The other wedding photographer at Balboa Park was a chic directing a bride with tons of bridesmaids and the groom was just partying with his fellows. That looked like a pain in the ass. It was around 20 people to hurdle and tell them to pose.

The photographer had with her three assistants (each with their own camera) and another assistant helping with reflectors and getting the people to pose.

I’m going to guesstimate that the photographer was charging something around $5,000+ or more.

I need that in my life. And make more money.

There’s a bunch of photography money to be made.

After Balboa, the ceremony at the groom’s uncle’s house. Small wedding. Not that many people. It was cute and lovely and very pocho. Extremely pocho.

The groom at some point said, “gracias por sus congratulaciones.” 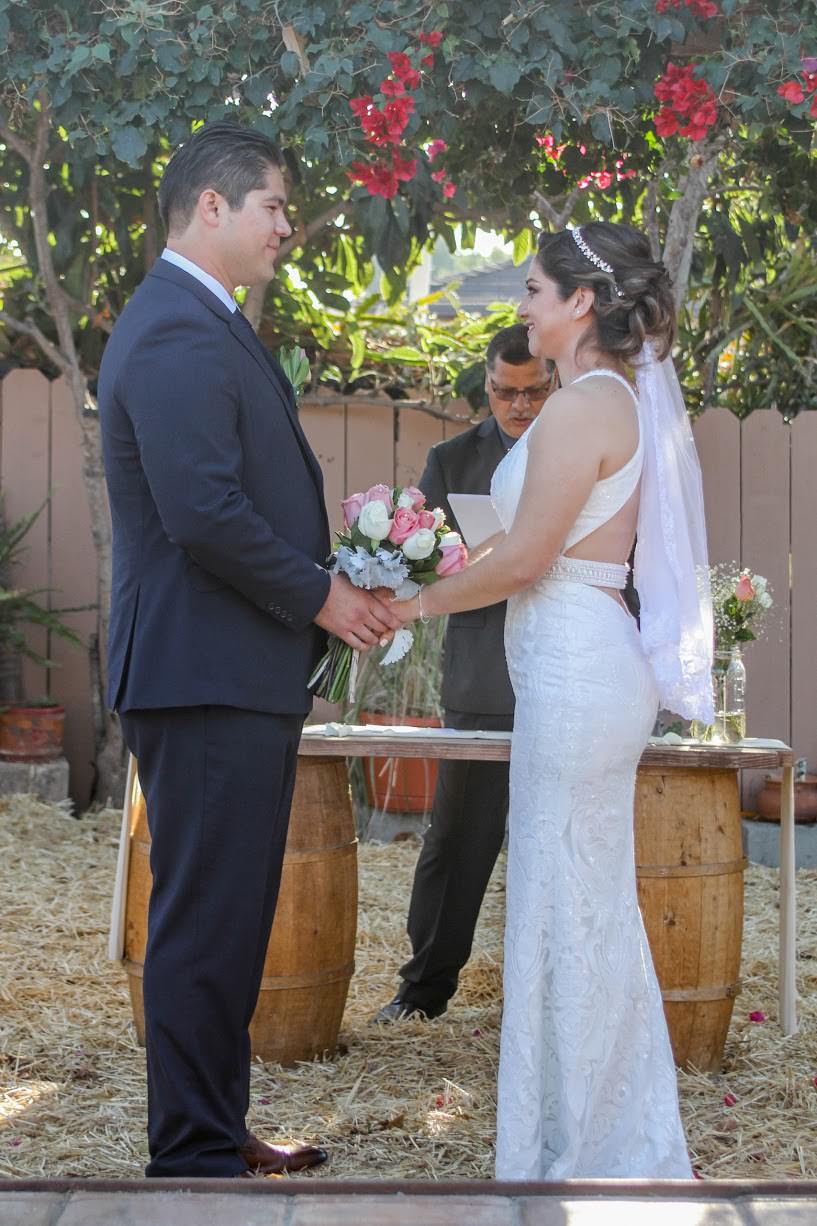 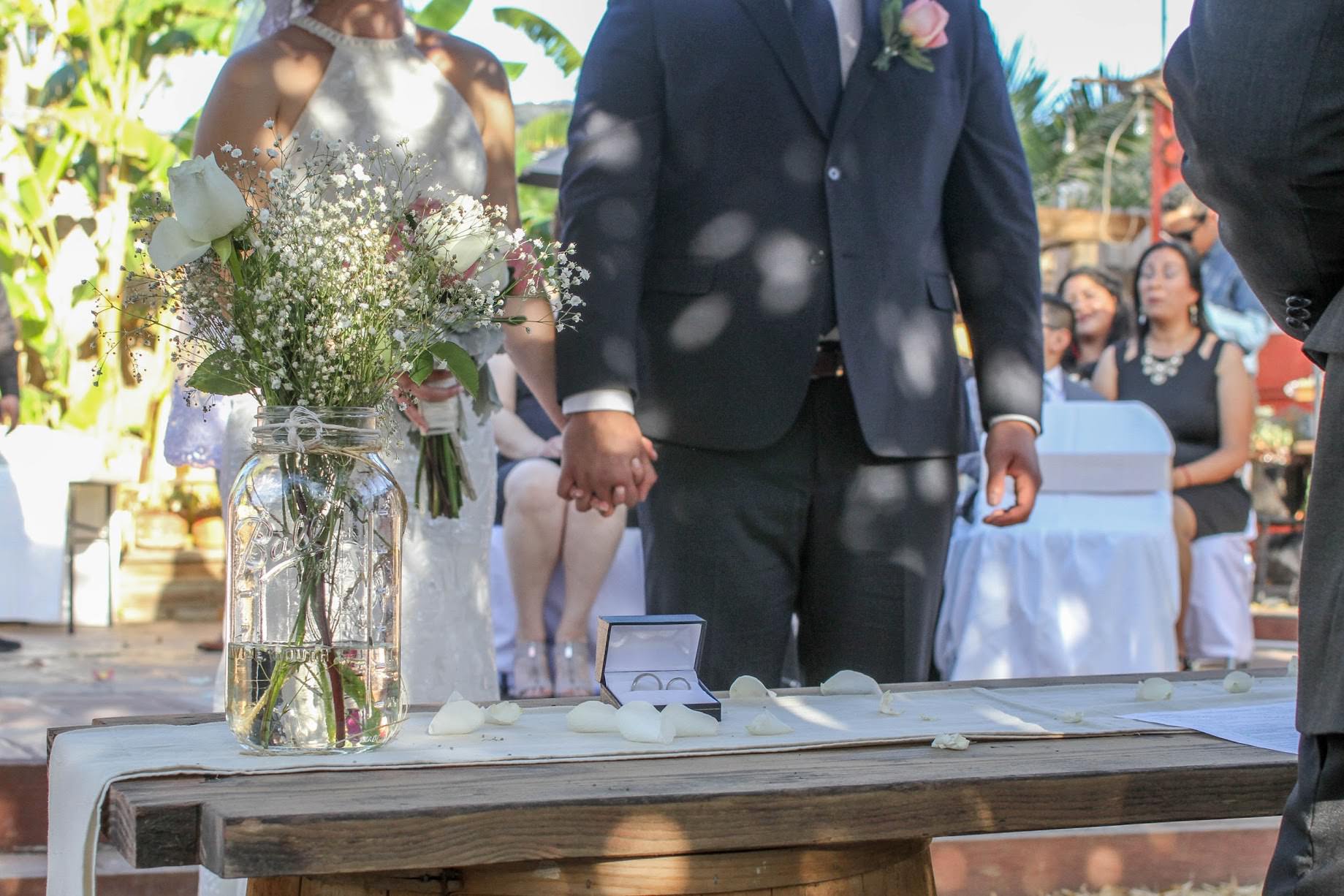 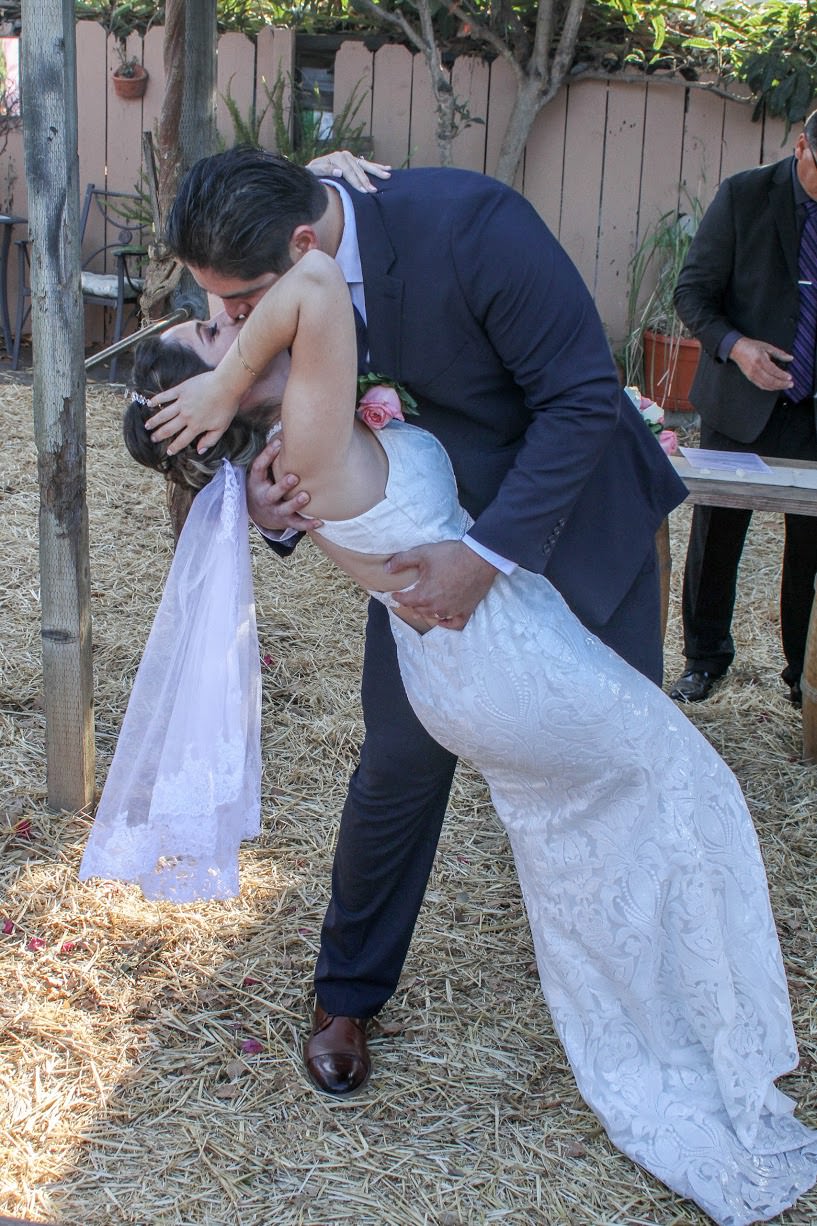 They had another photographer at the wedding. I wonder how her pictures came out…

And sadly, I shot JPG and not RAW. RAW would be better.

But the couple is very happy and that’s what matters.

This is my favorite picture of all night: 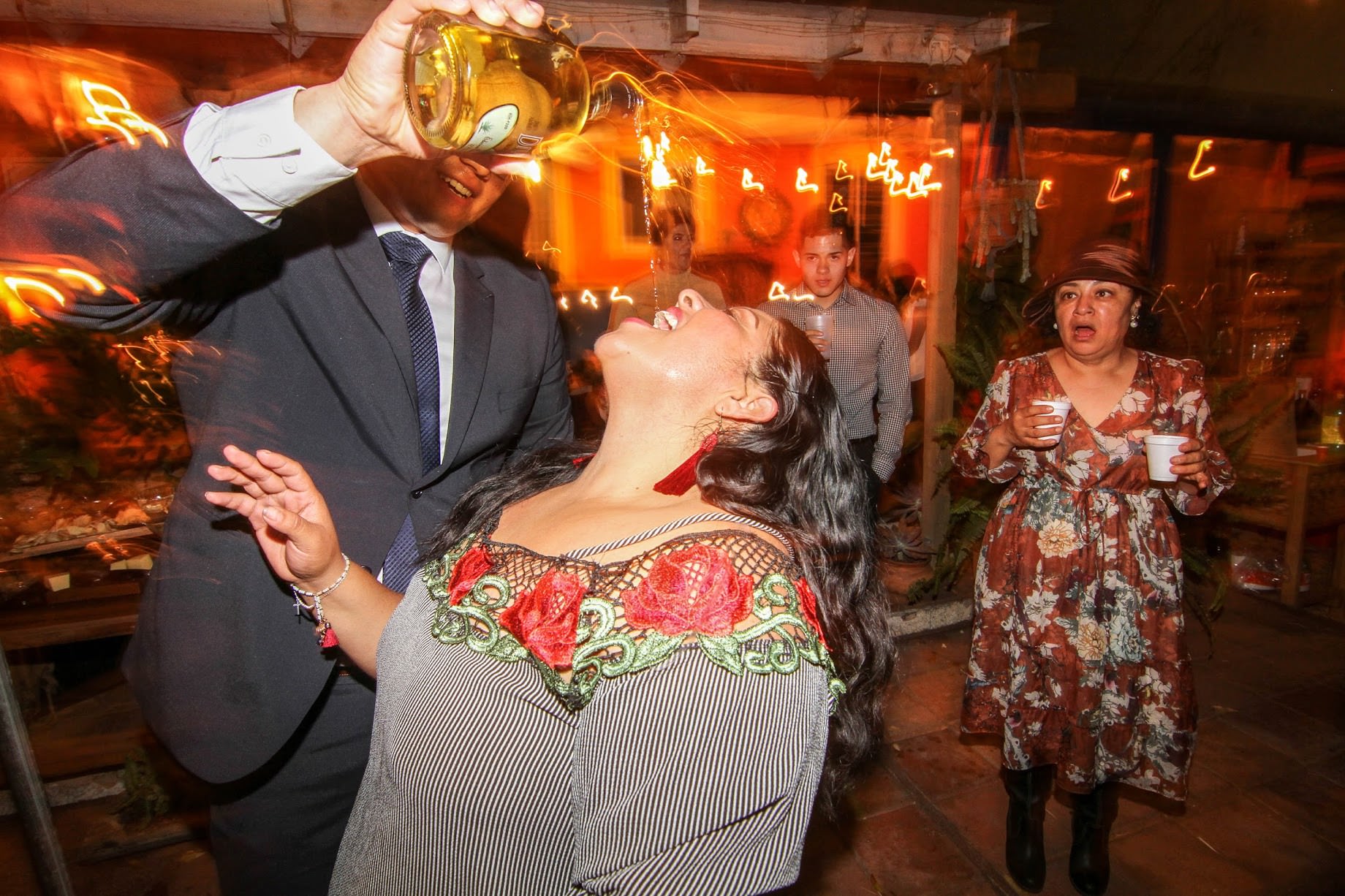 And the only one I posted on my Instagram (and the cheesy one).

Here’s the album of what I think were the best.

Wedding photographer SEO in San Diego and Tijuana SEO TEXT and I’m available anywhere you want to fly me.

In fact, the couple was so happy with my WEDDING PHOTOGRAPHY SEO TEXT that they are going to get married again in Puebla and they might fly me over there.

I’ll leave at the same cheap price I left it before. + the flight. Otherwise I would make no money.

Who knew that stopping the word vomit would give me more time to work.

That’s why I stopped.

In fact, I should be working right now and I have been avoiding it…

I have the same amount of photography work. I’ve already had three covers this year.

That was the random night I wrote about already (I think, I word vomited to much)

That was a fun night in Little Italy. I borrowed Housewrecker’s tripod. I did not like it. I bought my own tripod recently.

This one I also wrote! And there’s a nice long exposure in the inside. I just went around and took cool pictures in Tijuana.

Another picture cover comes out on Wednesday. Then not my cover, but most likely my inside pictures, I have to work on that next week… Then another cover. Then it’s blurry but they’ll let me know soon.

The main editor took two stories I wrote. Not sure when they are going to get published. Hopefully soon. But that means I get paid. And I’ve been getting paid.

And I’m helping them with other stuff as well.

So the Reader keeps me very busy. And I want to get busier. And keep writing. Keep taking pictures.

I also started playing a lot of guitar. At least 30 minutes a day.

Took care of my student loans.

And have so much work that I should get to it instead of word vomiting.

Oh yeah. I’ve been writing the book I talked about.

36 pages so far. I stopped halfway through chapter 7.

It should finish at around 200 pages or around 22 chapters or who knows.

With the lines and everything.

And thoughts that go from one place to another.

And it’s a bit grotesque.

And it’s all real.

So that’s why I can’t word vomit every day anymore.

SEO WORK ALL I DO IS WORK. Except I get lazy like right now because it’s Sunday and I don’t want to work. But it’s not even 10 a.m. and I know I should work.

So what am I doing when not working?

I’m drinking for the most part.

Early in the afternoon and by 10 pm I’m at home drinking water and about to fall asleep while watching stand-up comedy, games done quick, or playing Guacamelee.

My life is not exciting. Not right now.

My mom was supposedly moved in by now. All her stuff is here. She’s just not here. That might happen today.

That will be a nice change of pace.

Let’s find out next month! When I need to do more SEO about PHOTOGRAPHER in the San Diego Tijuana region. Versatile and cheap. And fast delivery. Super fast delivery. I took 2,500+ pictures of the wedding and I delivered most of them the next morning and the rest in the afternoon.

But I’m too busy with my own shit to really take any jobs as a writer right now.

That’s how alright I’m being with money right now. I am paying full rent (double of what I’m used to), bought a new tripod, thinking of buying new glass, and committed to buying a 5-string bass.

It’s a Squier but a friend is selling it for cheap.

And it comes with a fun fact. It toured with Nekrogoblikon in Europe. I didn’t know the band. If you don’t know them, this is them:

Funnycore. That’s what I would call it.

I wrote all of that on Sunday.

I was going to come back on Monday and write more.

But I don’t think I will do much.

I need to cold shower and get back to work. Keep my week going. I worked on the weekend and got published this morning. I have a few gigs to take care of this week. I just got some sort of job offer again.

A lot of you fuckers tuned in to read about my love life.

If you need an update, we still talk to each other. On my side, it’s weird. It’s like I was drained from all my feelings and now can’t feel anything anymore. Sort of like before I met her. Back to level 1.

At first, I felt great about being liberated. Thought it would be great for me. I’ll meet new people. New girls.

Then I realized I didn’t give a shit about that. My liberation was more in that I could do whatever and not have a worry. Which is weird.

From her side, she’s doing great working in Monterrey and living with her parents. She messages me frequently, but mostly silly memes that I dislike. Separation is weird.

It really is like I became myself again and I like myself. It’s much more boring. And I just do way more work. And often times I do absolutely nothing. But I’m free.

I could go to LA right now if I wanted too.

I have a lot of gigs to do this week though, so can’t just escape work.

See you next month!