I just woke up a bit late. Girlfriend already left the apartment to do an errand and came back.

I have nothing to write.

I don’t know how I do this every day.

Yesterday, we walked a lot. We went to Teléfonica for a very late breakfast, almost 2 pm when I had my first meal. Spicy tuna tostada and two octopus with huitlacoche tacos. The perfect Teléfonica combination. Didn’t feel like drinking. No beers.

Then we walked a lot in the neighborhood right above. “La Cacho.”

We saw apartments for rent. Called the numbers. They were all stupid fucking expensive.

Anywhere in California that apartment is probably more than 4k.

There was another building nearby that seemed pretty new and empty. I emailed them. I got a PDF on the  reply. Here’s a screencap.

Way better, but one less bedroom and bathroom and FUCK. Still super expensive. That’s almost four times what I pay.

And we walked more. Looked at more places. Nothing convincing. Nothing is good. Everything way too expensive.

I rather stay in the apartment I am at. Joshua would pay for this place. But the Airbnb fantasy wouldn’t work. And I can’t have a car in this apartment because street parking sucks here. I need a bigger place.

Unless I find something in Independencia.

Cacho is way too expensive. I don’t see it happening there.

And a bit hungry.

I’m sad because I haven’t been productive. I did a lot of pictures of beer. But that was one gig out of so many I can do. The rest are still just sitting there. I should try to complete one after I’m done with this.

But I’m not sure what it is that I do. Write. Get accepted or rejected. Celebrate or cry. Rinse. Repeat.

It’s my girlfriend’s last Saturday. That is also sad.

I just want the year to end. All the shit that I’m supposed to do to be done. Find a new place. Finish work. Get more work. All that shit. I just want it to be over.

She’s watching a futuristic on Netflix called What Happened to Monday. Seems interesting. I should be there watching with her.

After going around all over Cacho and other places looking for apartments, we went back to her workplace to get her “finiquito” that’s the last money she gets after quitting. And without a real place to go, I headed to Plaza Fiesta.

Fuck it. It was Friday anyway.

And we were going to go out later. So there was no point in going back to the apartment.

We drank a beer at Insurgente.

Then she went to Plaza Río to get a present for my sister-in-law. I told her we should just buy her beer. She got her a nice recipe book. I got her a big beer, Pineapple Express NEIPA by Madueño on a crowler. She wrote her a big letter.

And then we went to the small party buffet with Lebanese food.

And in a weird turn of events. The salad was my favorite!

It tasted like Tabbouleh but instead of finely chopped, just a big salad. And I fucking love Tabbouleh.

The rest was also great. Steamed chicken that went with a chickpea soup and couscous. Stuffed grape leaves, but because they didn’t have grape leaves, they used caper leaves. Some dumpling-like things that were also good. And hummus was not memorable (it had eggplant that added a bitter touch that I didn’t like much).

I wanted to puke from too much eating.

And after that, a party in Public House. It was obviously packed. That place is always packed. Girlfriend wanted to go home. I also wanted to go home because I could barely drink a beer. But after drinking a beer and catching up with friends, I wanted to stay.

Also, Andy and the gringo gang were in town. I wanted to say hi to them.

We went back home around midnightish and straight to bed.

I’m not sure about today.

I should do some work. I am working on four articles at the same time and on neither of them at all. I should do the easy one and get rid of it. I should finish the one that is halfway done and also get it out of the way. I have the intro for the other. And the other is about Mazunte. I should do them all. That’s supposedly how I make my living.

This Oaxacan coffee on the French Press is fucking delicious. It was so cheap. We need more coffee like this one around here. 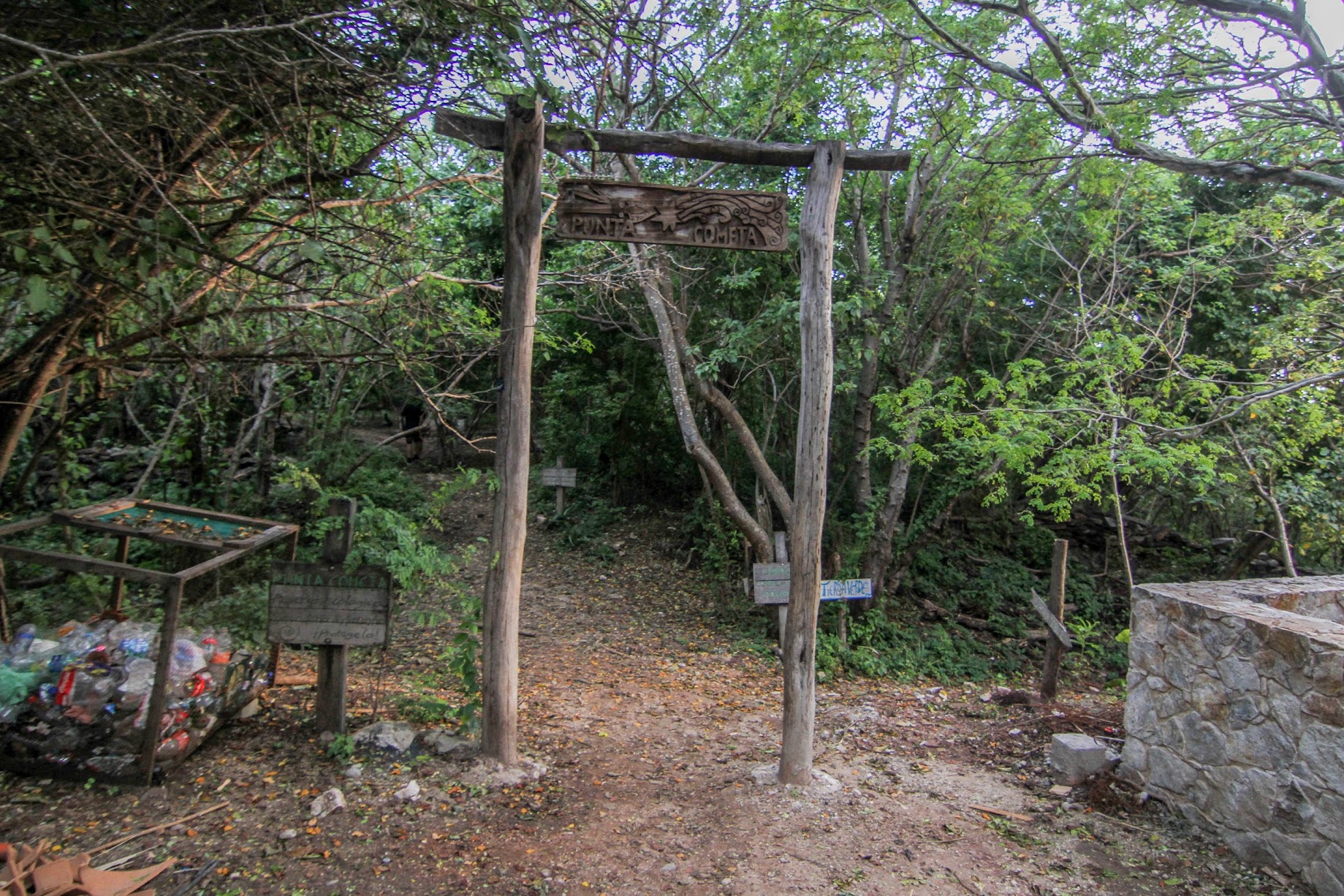 That’s next to Mazunte.

Basically, on the main road, there’s a fork that goes uphill to the right and it has indications of spots around the area. Punta Cometa is one of the most famous ones.

On our first trip there, we went to Valeria and her boyfriend. There were all sorts of hippy yogis in there. Meditating and doing headstands and absorbing the earth’s energy.

I brought a couple of beers with me.

Give me some money! 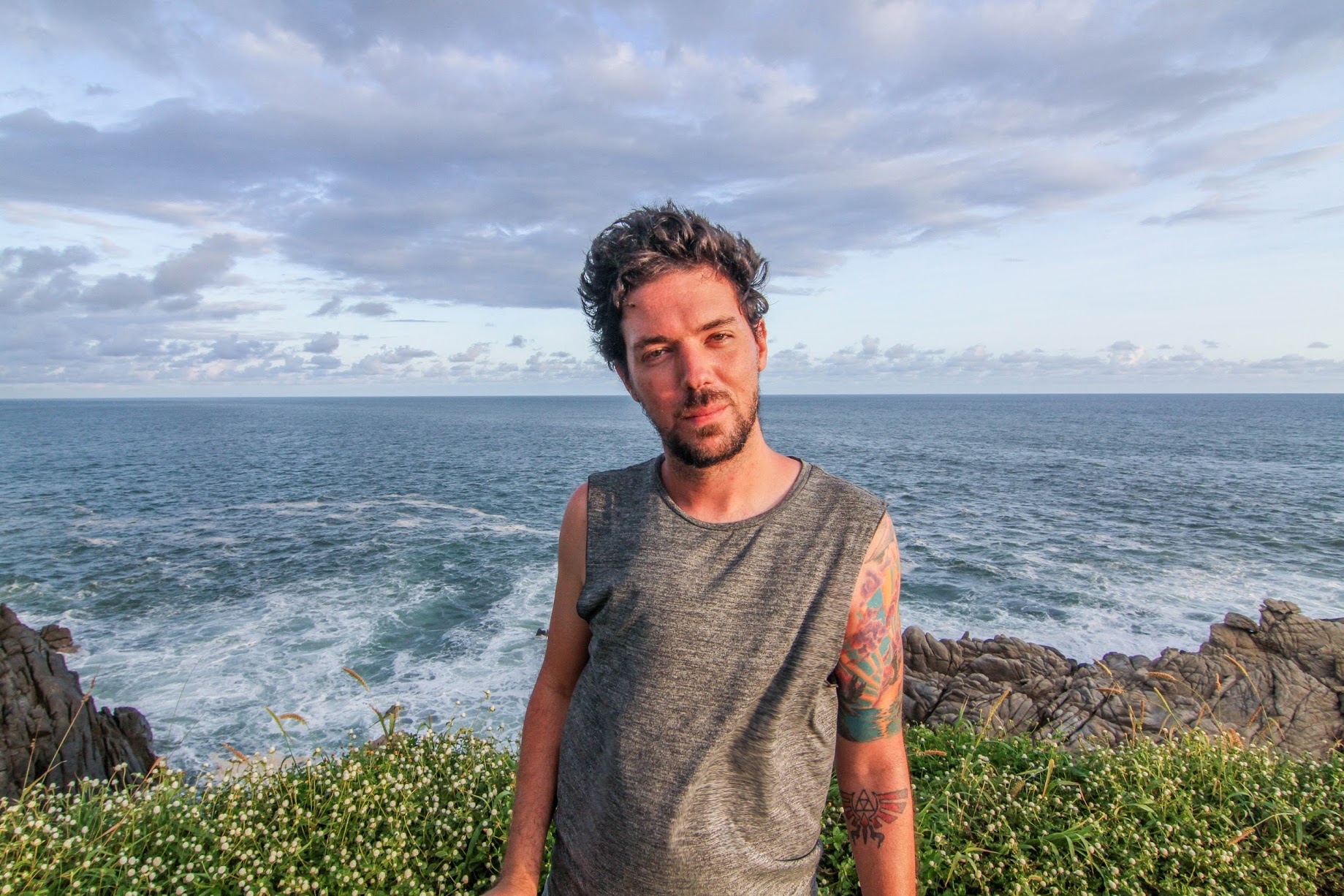 This is my profile picture right now. Except it’s a profile video. I added Plotagraph effects for the clouds in the back. 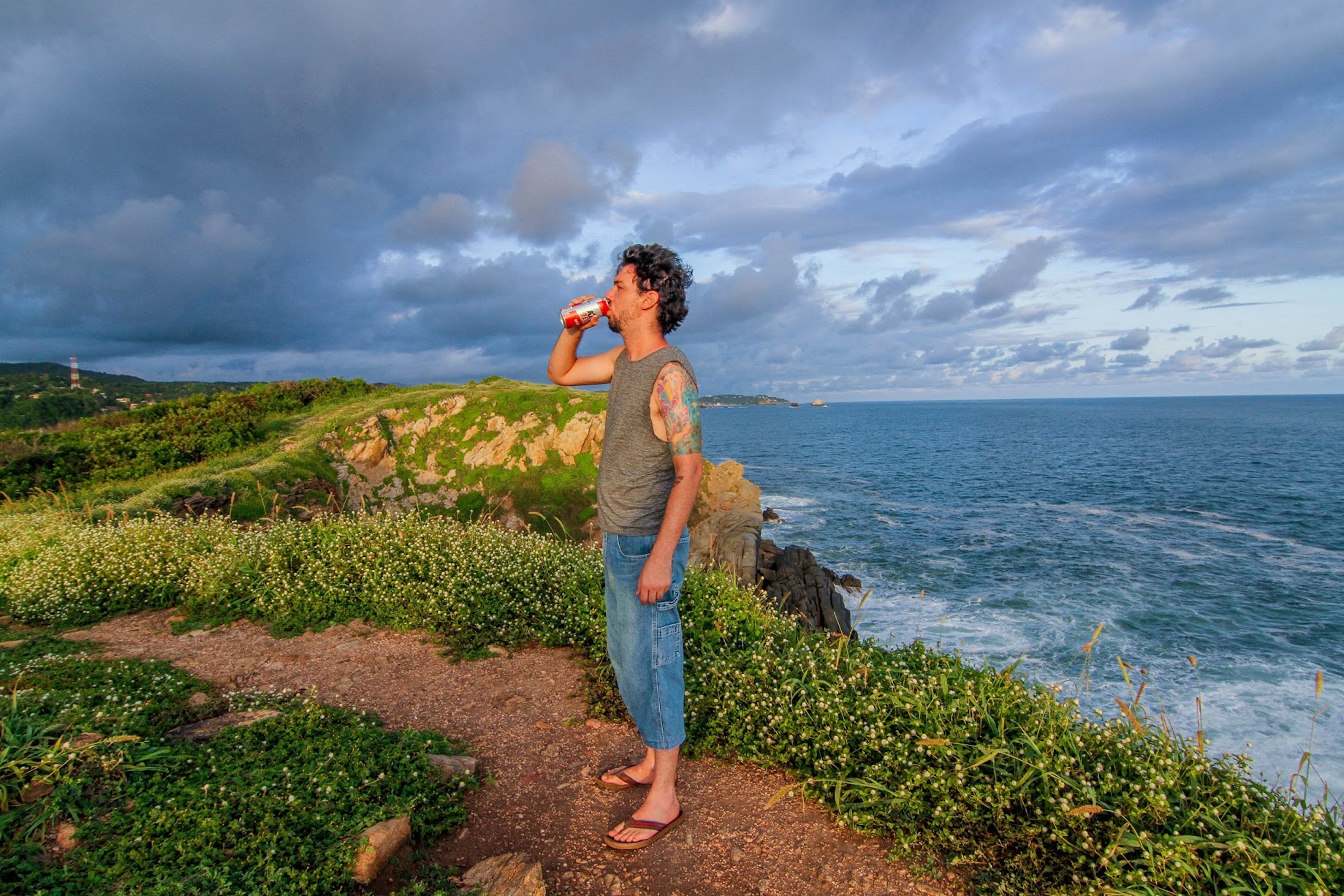 The long shorts I’m wearing are bloody awful. And they are heavy. They look so bad on me. I have no idea why I still have them. Girlfriend wanted to throw them away. I still feel like they have some use. though I look like a fucktard wearing them. 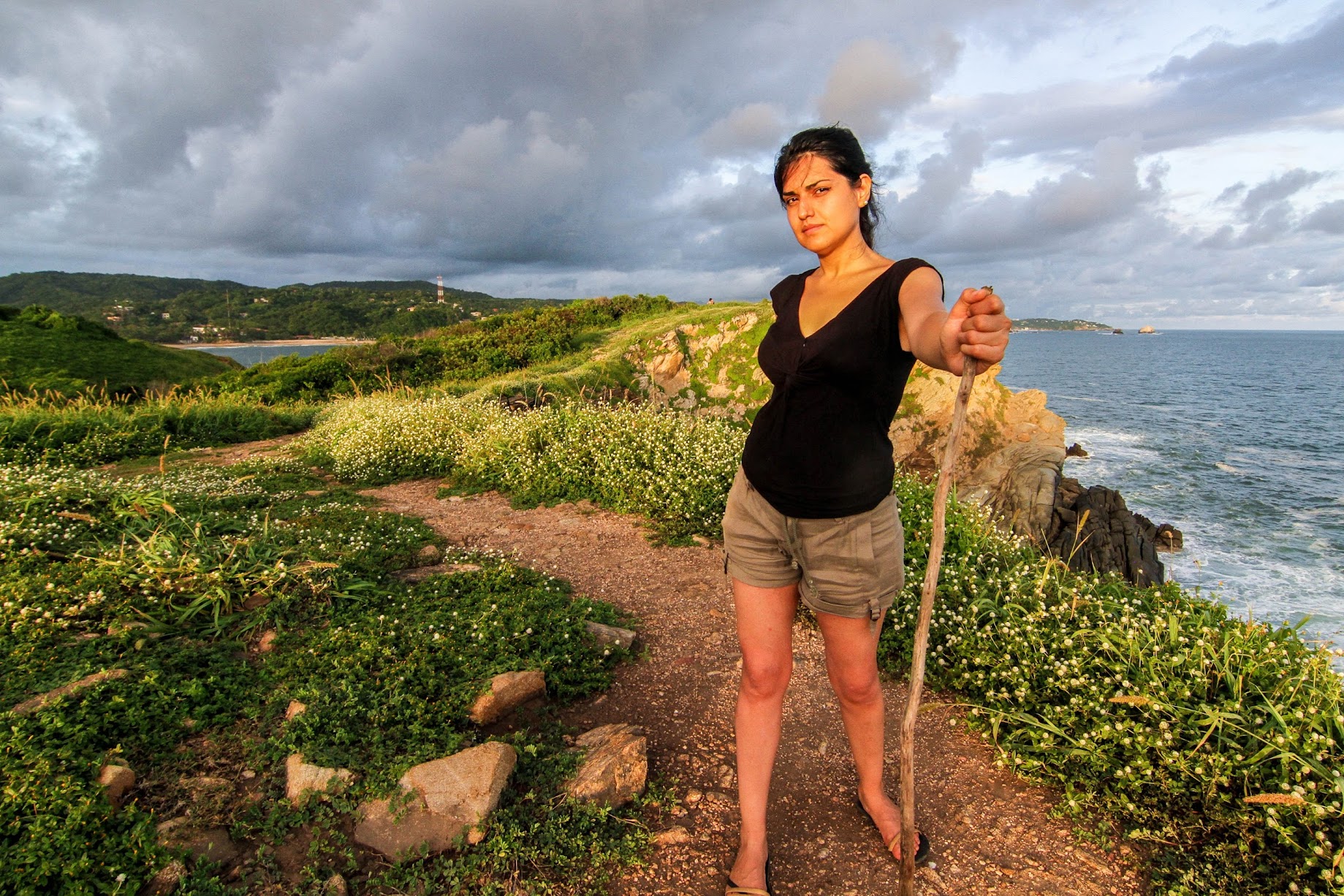 My girlfriend looking sort of like Lara Croft. She found that stick and kept it. My sandal had some rope-like thing around and it broke. We tied it around the stick. It looked nice.

Obviously, the stick was left behind. In our Airbnb. As if someone would appreciate it as well. 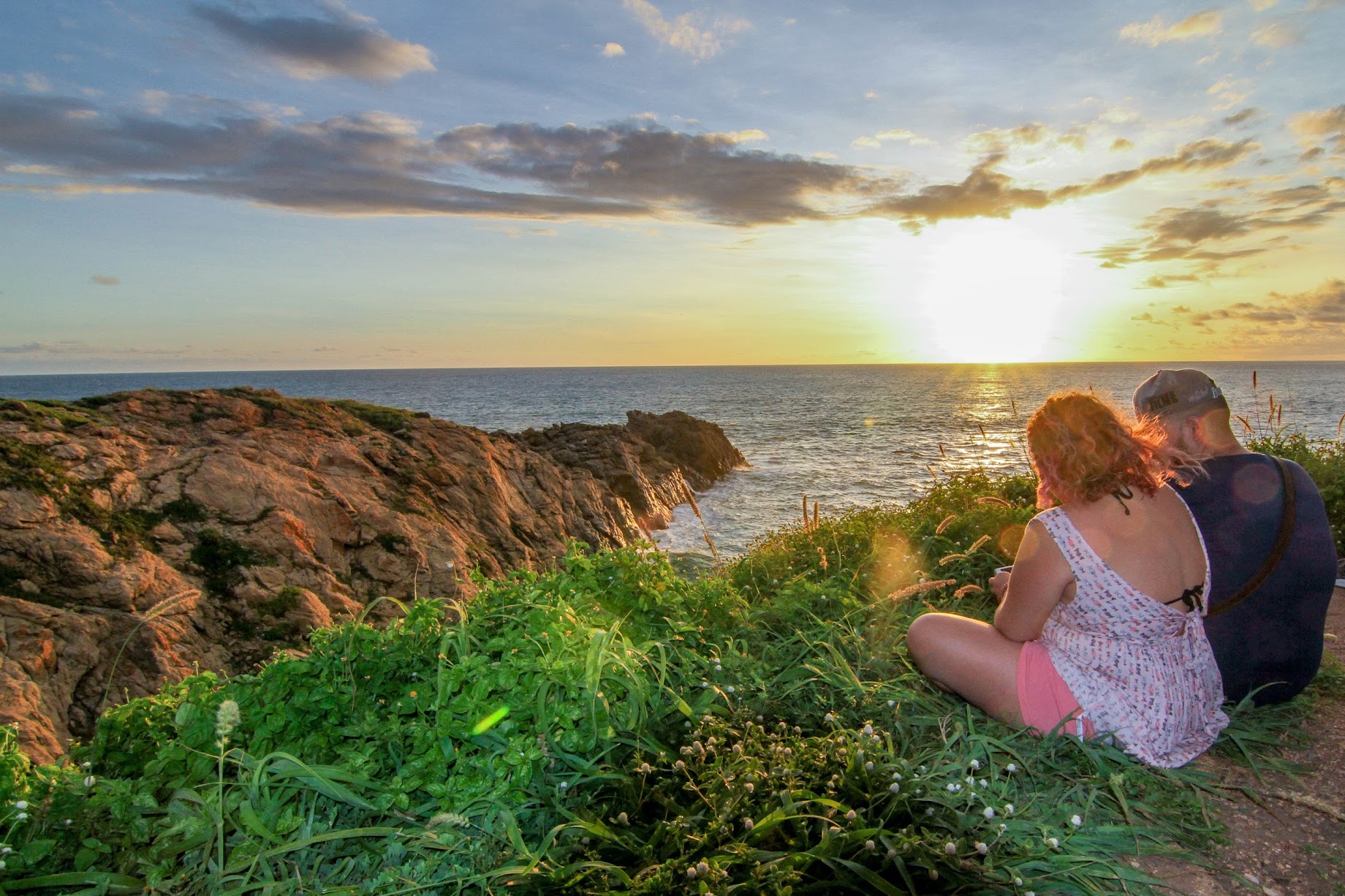 That’s Valeria and her boyfriend enjoying the sunset. 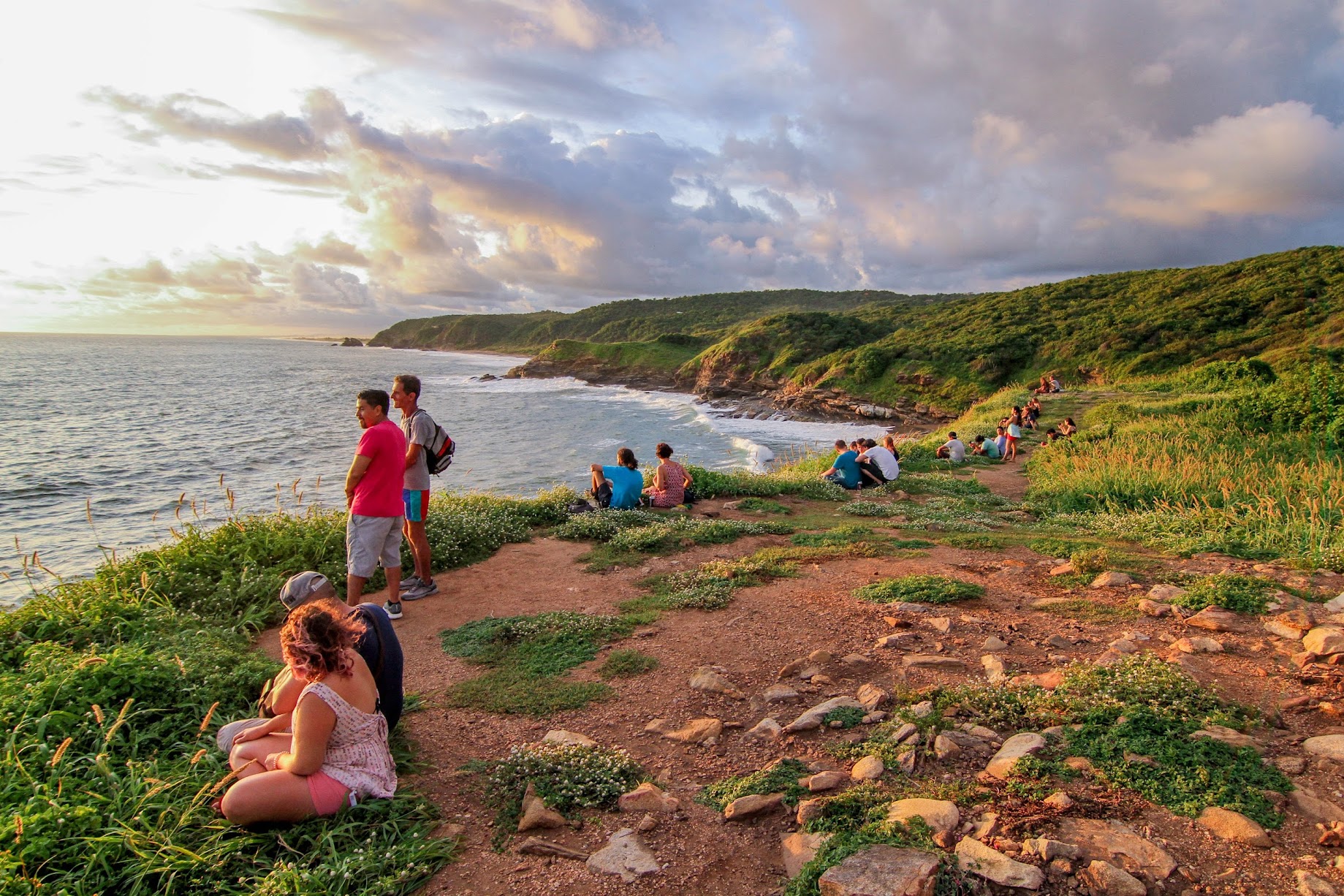 It’s low season, so there was only a handful of people there. On the high season, Punta Cometa is a fuckfest of dirty yogis and travelers.

To get there is not an easy task. The long walk uphill is easy, but then you have to go through a difficult trek of overgrown nature. 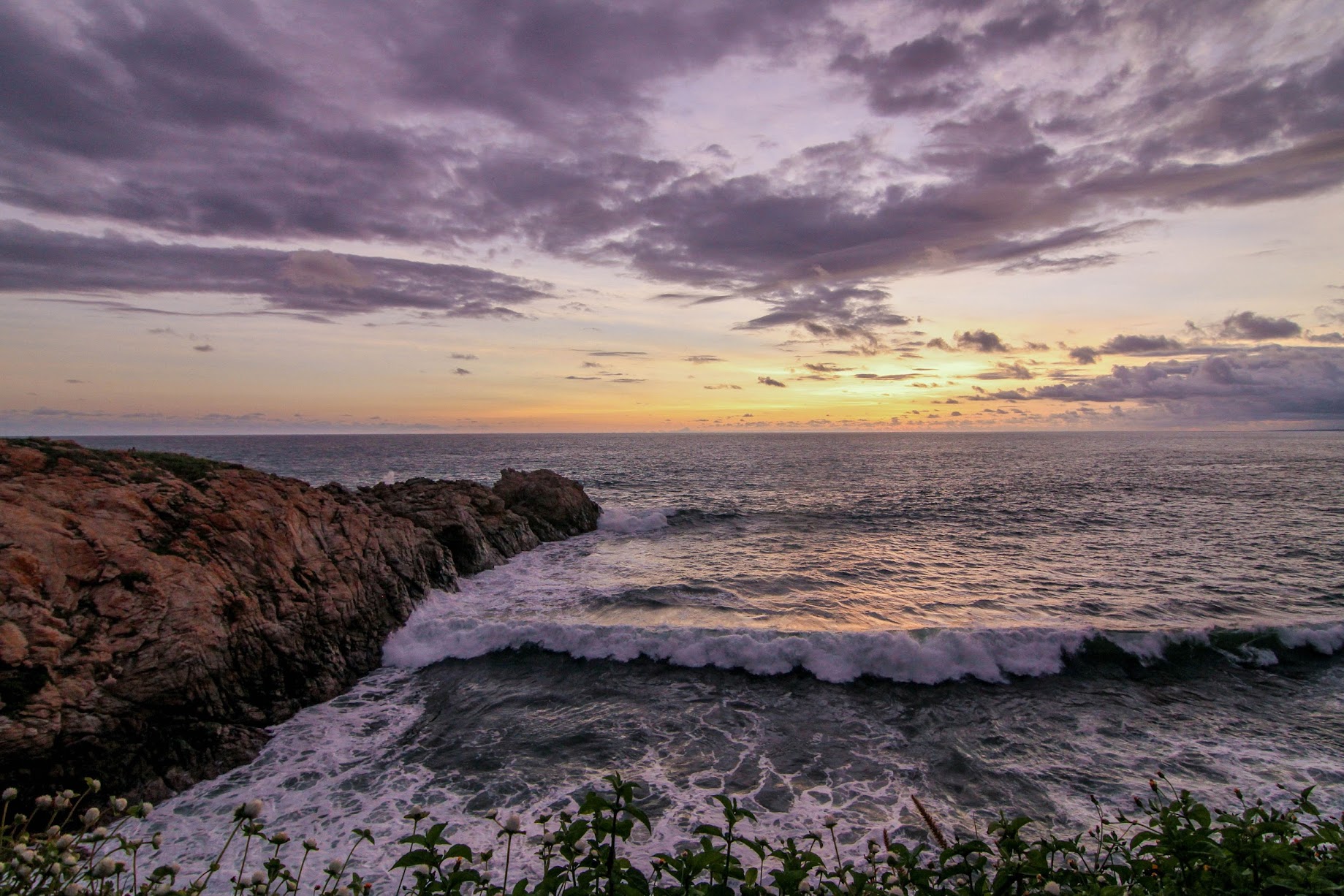 I tried posting some of this shit on Reddit. It didn’t do well in the major subs. It did okay in /r/Mexico. 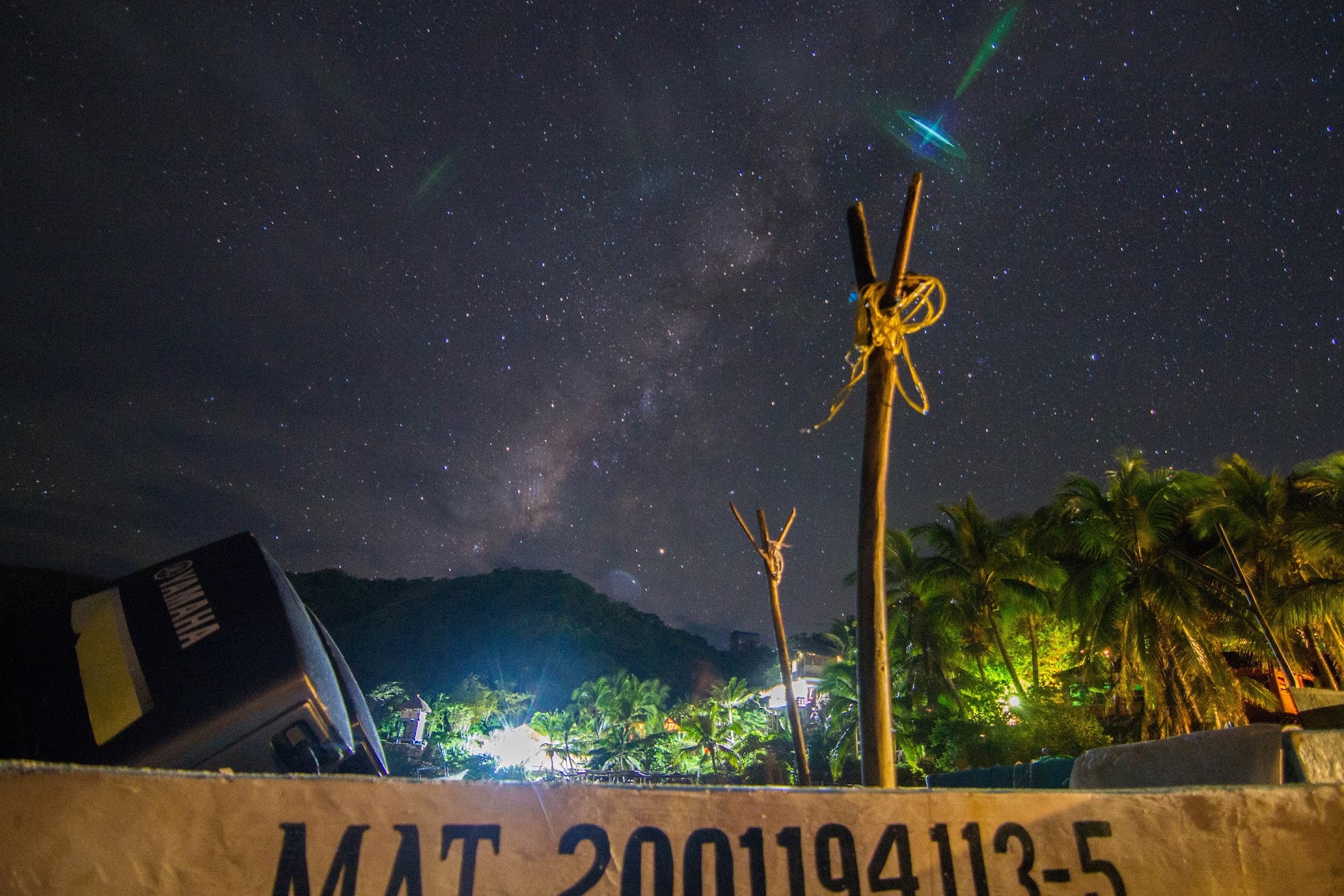 I need a travel tripod. This picture and other pictures could have been way better with one.

That’s Punta Cometa on top. Well.. the path to it.

I should do a nice Imgur album with the best images of Oaxaca.

Same thing with burger fest which was forever ago, but that’s one of the gigs.

And then the two other stories.