I just listened to the new Weezer.

And I’m really sad for it.

Thanks Justin for forcing me to listen to this bullshit.

Seriously. If this came up on the radio and wasn’t aware it was Weezer, I would have never guessed.

Got seriously sad about it.

I’m going back to listening to Chick Corea and looking for apartments on Craigslist.

I should get into music again. But I want to slappa the bass more than I want to play guitar.

And I need a car.

And I need to move out.

And I have work to do.

It started sort of sloppy. With all that, my brother felt sick and switched all the plans. But it was fine. I crossed the border around noon. Macho looking Border Patrol chick opened the trunk and inspected it and it made me nervous thinking I was going to secondary. But nothing.

I hate it when they check for more stuff.

I’m just going to work. And I have SENTRI. It’s like San Diego/Tijuana region lives in a different reality than the rest of the United States.

The car obviously had no gas. Got a Clif Bar at the gas station for breakfast. Made it to a brewery place in Oceanside around 1 pm.

I typed a paragraph and deleted it because I remembered the list is supposed to be top secret!

But yeah. That was my day.

From brewery to brewery.

Next place was a beautiful brewery with a very large space and a gorgeous bowling alley. With this information, you can already guess which one it was.

So I took more pictures, and with the excuse of pictures, I threw a bunch of bowling balls. Such an amazing bowling alley. Not like the shitty bowling alleys in Tijuana. I want to go back and bowl.

This just reminded me of my friend Justin. Not the one I mentioned in the beginning of this post. The other Justin. The one in Los Angeles. The guy I used to work with. The dude that got attacked by Kanye West and got his camera stolen.

That video is still hilarious to me.

It’s going to be weird.

She is in the bathroom getting ready to go do an interview for a job she might get here in Tijuana. And tomorrow is my sister-in-law’s birthday and we will hang out with her and with her new friends from work.

And then a weekend together.

And then she’s gone.

And I’m not sure what follows.

She obviously wants me to go visit her. And I guess that’s the idea. After I adjust myself to whatever will happen for the end of this year. And money. I need more money.

And then I’ll go visit her.

In the short run, for the couple of months that we are not going to be together, I’m going to be busy or I’m going to try to keep myself busy. And I should go up to Los Angeles and visit Justin.

Whoa! Do I go all over the place or what?!

After the bowling alley that reminded me of Justin, I went to another brewery.

It reminded me of my favorite Denver Brewery (Strange Craft Beer Company). Nanobrewery in the middle of industry (pretty much nothing). But with a weird charm. And holy fuck. Great beers.

I basically spent the money I’m going to earn on beer already.

It’s in my fridge.

It is probably one of the best beers I had all year.

Thinking about it made my mouth water.

I wonder when I will open it.

But the list is top secret! I shouldn’t mention which one it is!

I shouldn’t mention which one it is!

And after that, the last brewery. Another small brewery in the middle of nowhere with a local charm.

I was tired. I had nothing for food so far except the Clif bar. And I had a few beers (still completely sober. I had shit tons of water).

Before even saying hi, I went straight to the bathroom in this one.

When I came out, the beertender was ready for me. Lovely gal. She even hooked it up and had a couple of regulars model with beer. One was a really pretty redhead and the other was a classic California older beer dude. Both were really nice and pictures came out good. Could have been better. The light was sort of odd (yellowish) and I’m an idiot and didn’t switch my white balance until too late.

I wonder what she will choose.

I’m excited for that cover story, though I didn’t write it, I like my pictures. And I fucking love beer.

The last brewery had a taco truck outside. I thought about it. But they didn’t look nearly as good as El Rey and they were triple the price.

My brother also texted me that he needed the car back at 7 pm.

Not eating anything. Going back straight to TJ hungry as the wolf.

My brother got his car back with 30 minutes to spare.

And I walked to my apartment warning my girlfriend about my hunger.

She made me four tacos that tasted like butter and potatoes (in a great way).

She salvaged the potatoes she ordered and didn’t want and made them into chilorio tacos. The shitty local Calimax didn’t have the tortillas I like, so she got some Tia Rosa that just tastes like stretched up butter. But it worked.

And I was fucking hungry as fuck.

So I loved it.

I was vegan by accident yesterday. Or maybe vegetarian. Who knows what those tortillas are made of.

All I ate was beer.

And then I need to work.

Let’s go back to Oaxaca for a bit. My roommate is in Savannah, Georgia and wants to move out there. He obviously won’t.

I can’t even call him a roommate anymore. He is not one anymore.

I have to meet with the potential roommate later today at more breweries!

This was our Airbnb in Oaxaca: 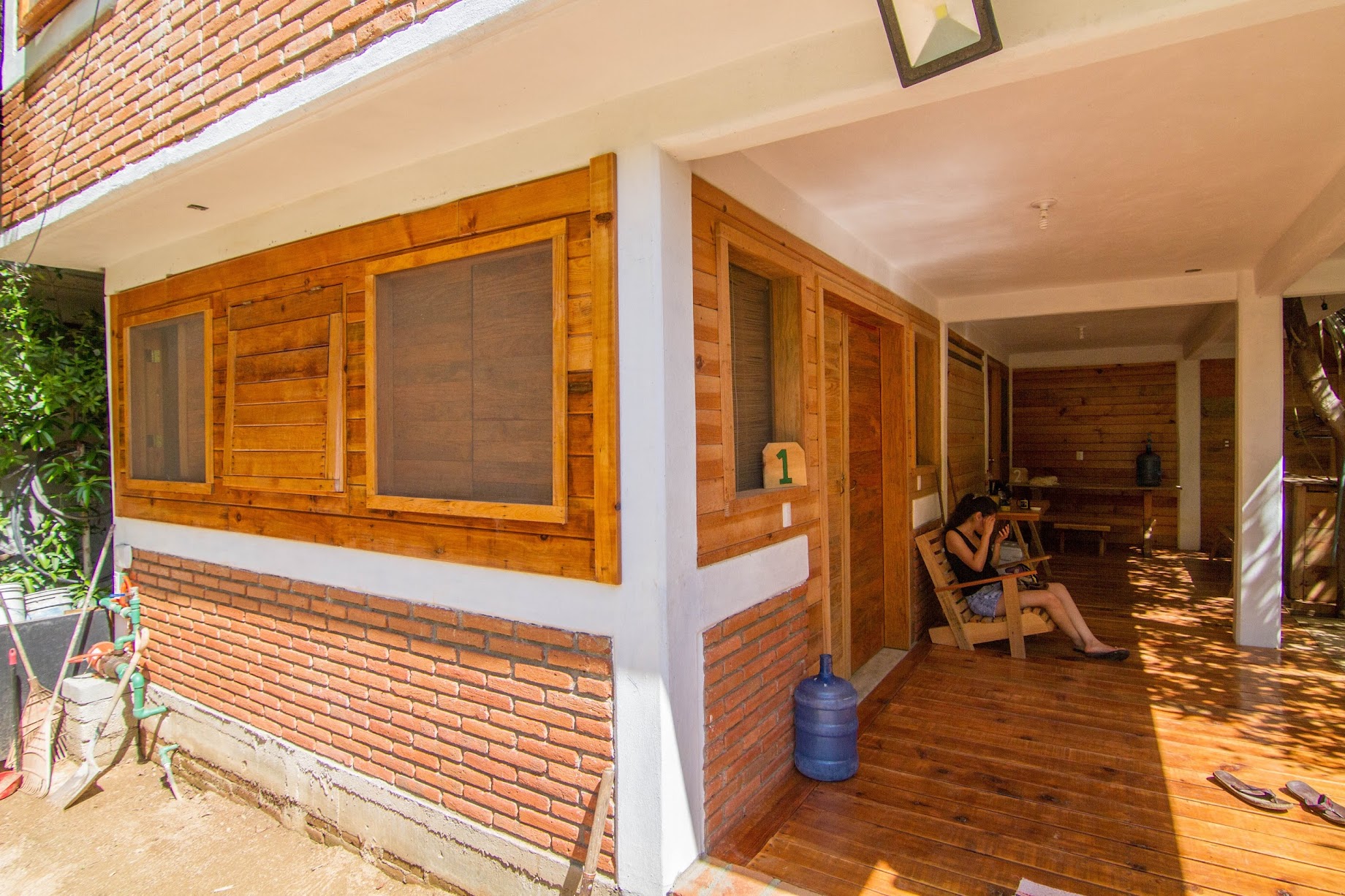 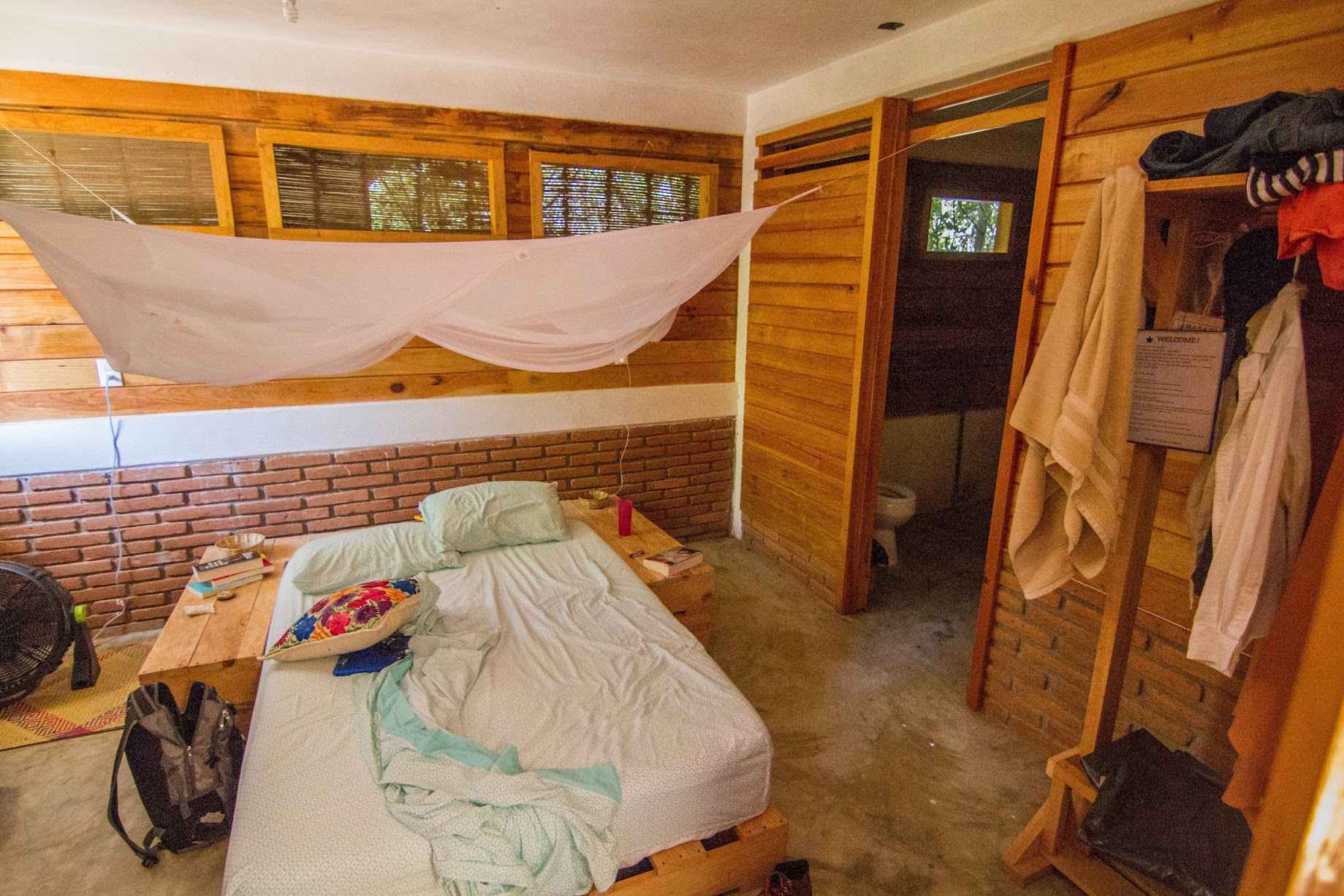 Steps away from the beach as well. 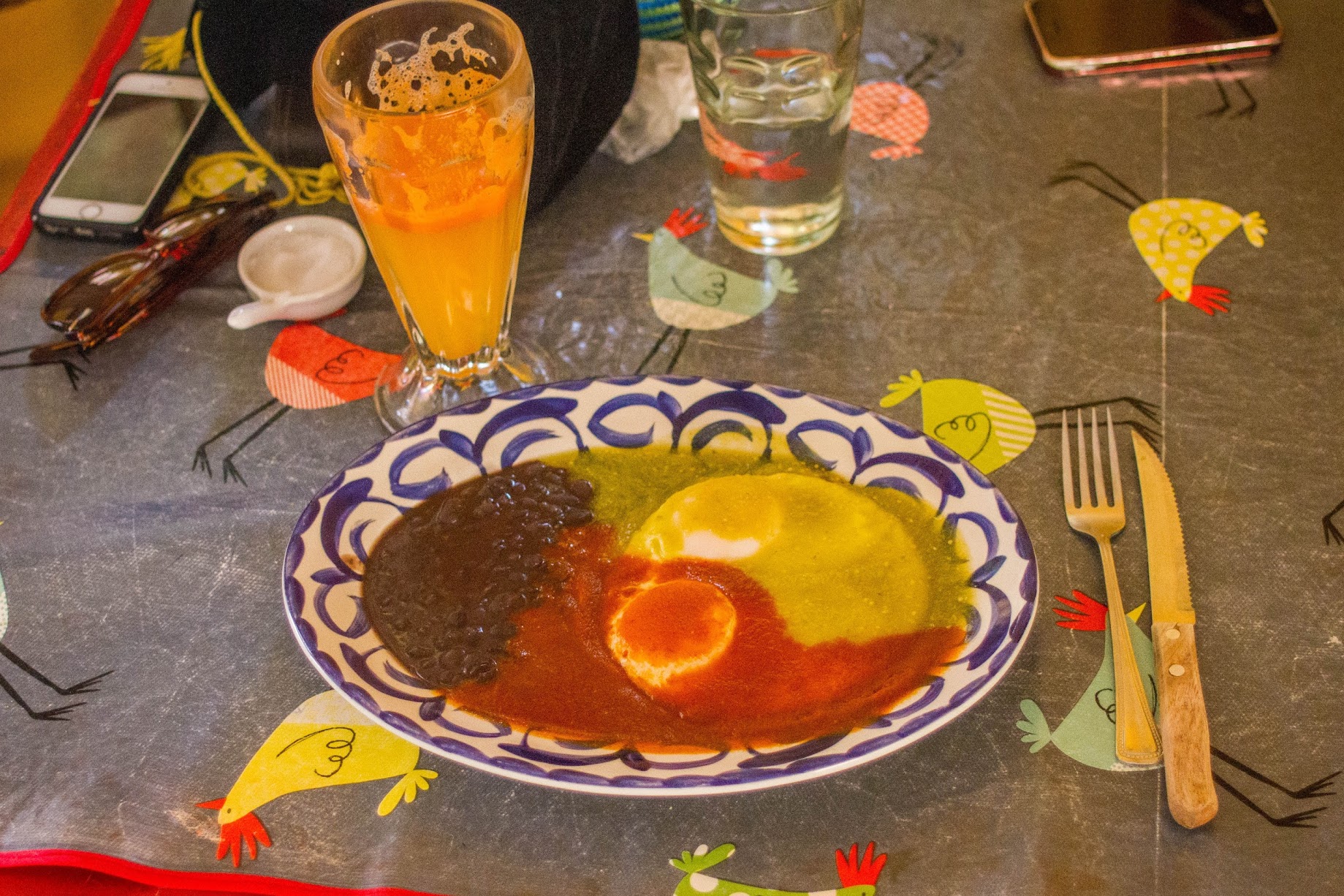 We bumped into my family on the way.

We decided to stay on San Agustinillo for a while.

That’s my baby niece. I took more pictures of her than anything else.

And after being lazy on the beach forever and drinking beers. 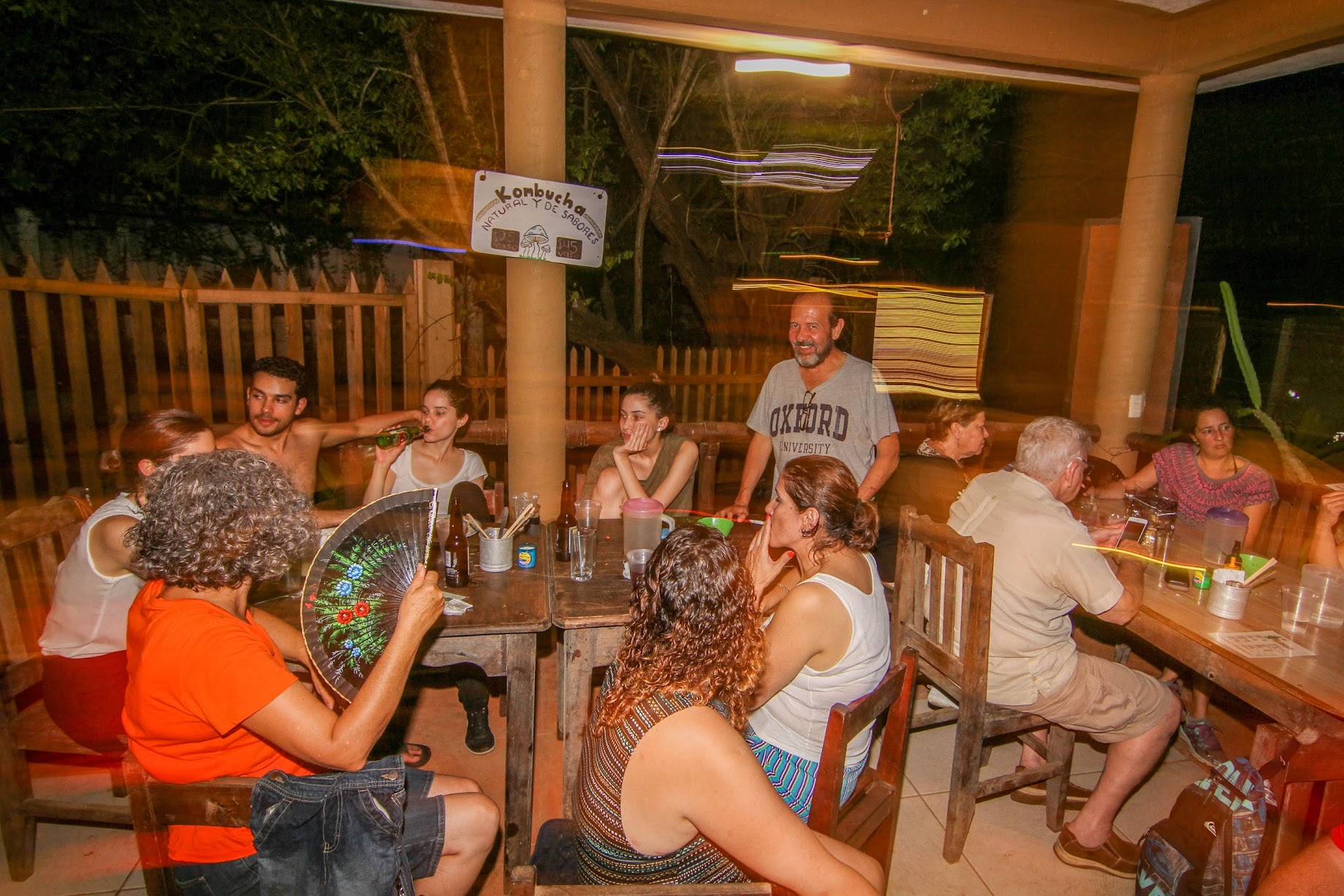 Those girls pictured did not believe I was a paparazzi.

I think I told silly stories. 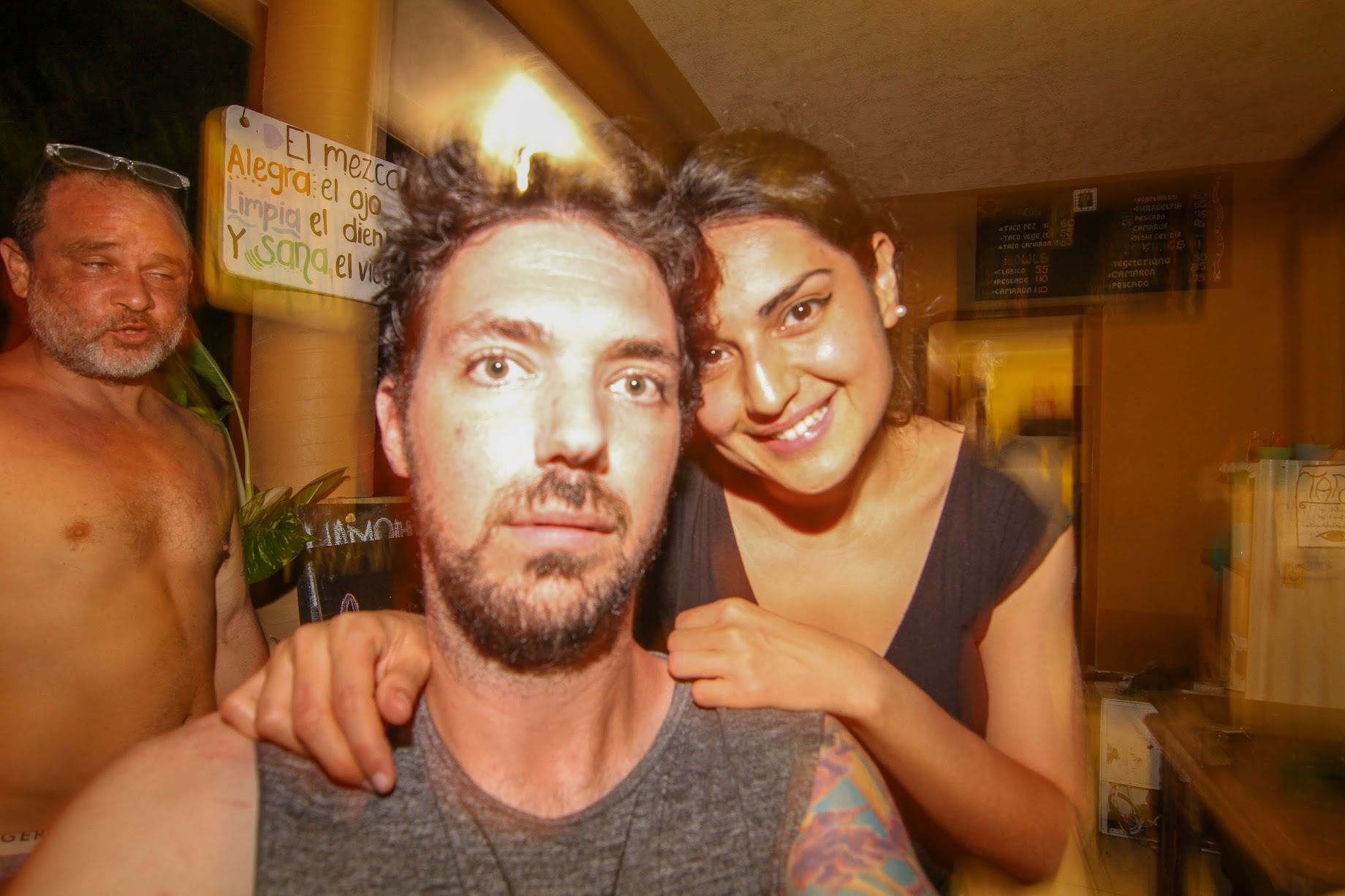 I drank a bottle of tequila with this dude: 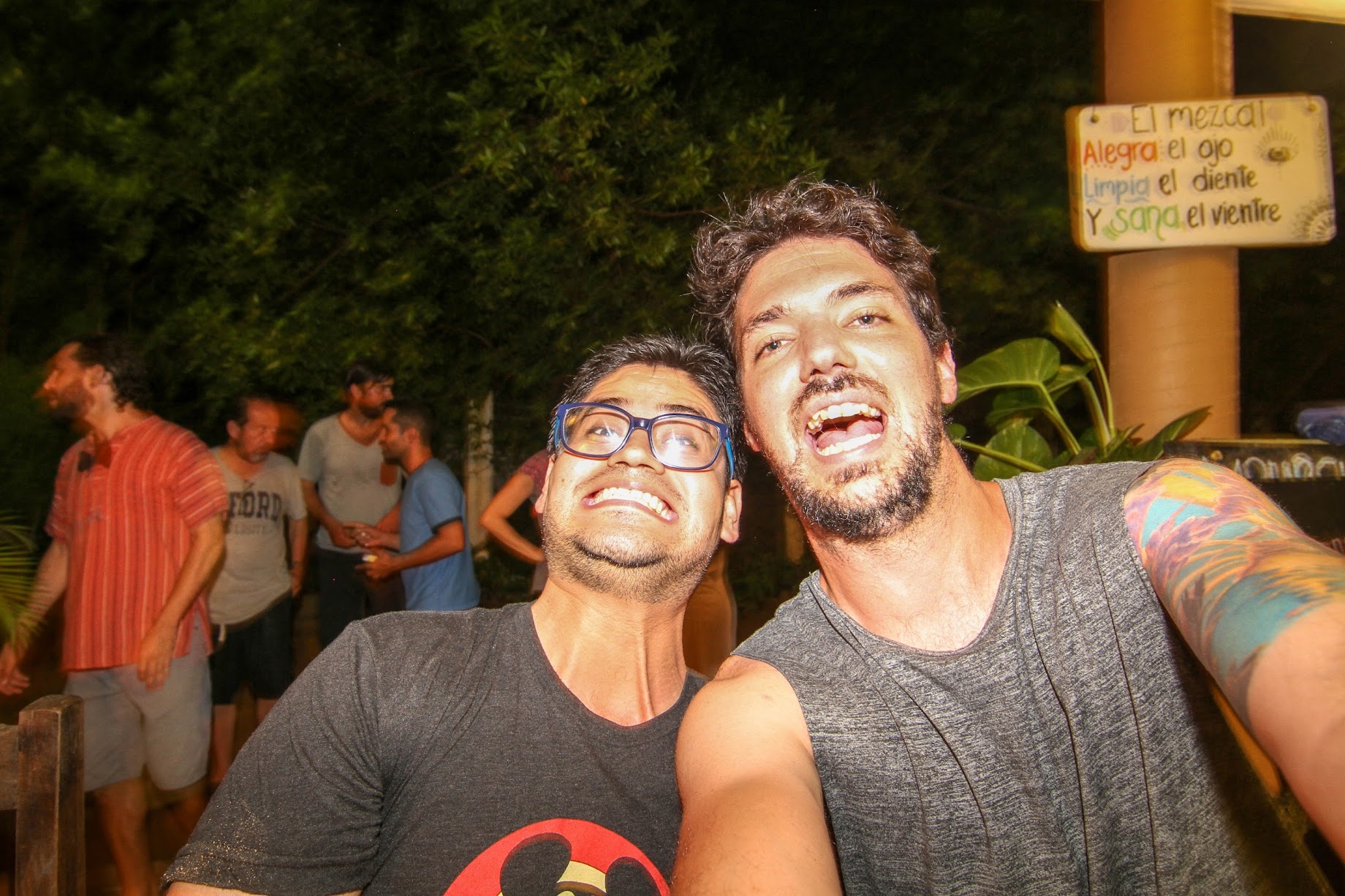 Another selfie. I got pretty fucked up for the first night. There’s a great picture of him drinking the bottle, but I don’t think he’ll appreciate that type of attention online.

Next day I woke up like nothing happened. The magic of Mazunte is that you can wake up without a hangover and sleep forever.