I barely sat down with some coffee to write this. Look at the hour. And I basically should go right now.

My left ear is blocked. My right ear is fucked. I’m practically deaf.

How did I do this every day? There’s not much to say.

Yesterday, Yesenia came to the apartment around 2 pm. My girlfriend made some soy chilorio with eggs tacos for brunch. My breakfast was a packet of blond Oreos. The ones that taste like Lucky Charms. Or basically, all sugar.

Then the girls talked and talked in the living room and I did some work.

I have two stories to work on. One that I started a year ago (and after reading it, I already sort of have half), one that I already have in my mind, and the other is Mazunte vacation.

I just stared at the documents and wrote nothing.

I have to go to four or five breweries today to get pictures.

I’m an idiot and I scheduled to breweries at the same time. I realized that this morning. I’ll figure it out. Should be fine anyway.

Should shower and leave.

Finish the rest on the trolley.

I still have some coffee.

This article that just came out has my pictures. Those were the last pictures I did before going on vacation.

I’m excited about the job today.

It should be fun.

After a while of me working and the girls talking in the living room, we headed out to Plaza Fiesta. Walking.

I was craving hot wings after watching Hot Ones with Sean Evans. I just wanted fucking hot buffalo chicken wings. And I knew Madueño had them. Instead of going to Buffalo Wild Wings in Tijuana which is probably way overpriced.

I had the Peanut Butter Stout. I didn’t like it much. The stout part was missing. It wasn’t very creamy. It was more like a Peanut Butter Ale, which is not really favorable. Peanut butter taste was definitely there and could have been a scrumptious dessert beer. But it felt short and it just tasted like a nutty ale.

I had a taste of a watermelon thingy they had (I believe blond). It was good intro girly beer. Tasted just like watermelon water and a light beer (in a good way).

Raspberry chipotle and extra hot. 20 of them. Boneless.

Unfortunately, I could only choose two sauces instead of more…

Boneless wings are more like chicken nuggets than wings. Still, if they are the same price than the wings, I go for boneless. I should have gone for regular.

Both sauces were tasty but very mild. Raspberry chipotle was nice and sweet but lacked a spicy kick. The extra hot sauce… I handled it fine. It wasn’t that hot. There was still one level to go on the hot scale. I should have gone there.

I accompanied with Madueño’s Juicy Rye IPA. No fail on that one. Nice IPA.

The hops and dreams is better.

They had NEIPAs and I remember I liked their NEIPAs, but it’s just not a beer I really favor…

Girlfriend didn’t want to eat, but tried the sauces and ate the veggies that came with the wings. And then got curious about the hottest one and order some fries covered with that. She got mad at her order. She wasn’t even hungry. She didn’t want to spend money. And the fries came covered with the hot sauce and ranch (she wanted it on the side). They brought us fries, we got them to go, and now they sit in the fridge.

Word vomiting is easier than I remember.

My girlfriend is laughing out loud at the TV. She’s watching the Emmy’s or the Grammy’s or something on YouTube. She’s still in vacation mode. She has a job interview tomorrow. Let’s see how that goes.

And then hanging out with a bunch of Tijuana friends before she goes back to Monterrey.

And then I have to move out.

There are already for rent signs on my building.

There’s two empty ones and mine will be the third. It feels weird.

Shower. Coffee. Got to run. I’ll post this when I come back and perhaps write some shit on the trolley.

I was about to shower and go when my brother texted me “I’m going back, I feel really sick.”

So that changes a lot of things.

Instead, I wait for my brother to come back, and then I get his car?

I think that’s it. Because he is not replying anymore and I really need the car today.

Okay. He says he’ll be back in like an hour.

Time still not a factor. Except for that brewery that I double booked at 3 pm. Let’s see what happens.

Last cup of coffee and out the door I go without breakfast.

I should have some breakfast.

I posted some pics from the vacation on Reddit. Some did okay. Others didn’t go anywhere.

I should do an Imgur album with the top pictures and a nice description. That will go along nicely with the article. I don’t get paid enough for this shit. But I should be doing more work.

This is the first picture leaving Tijuana.

I attempted other airplane shots. None are good.

This is Mexico City. 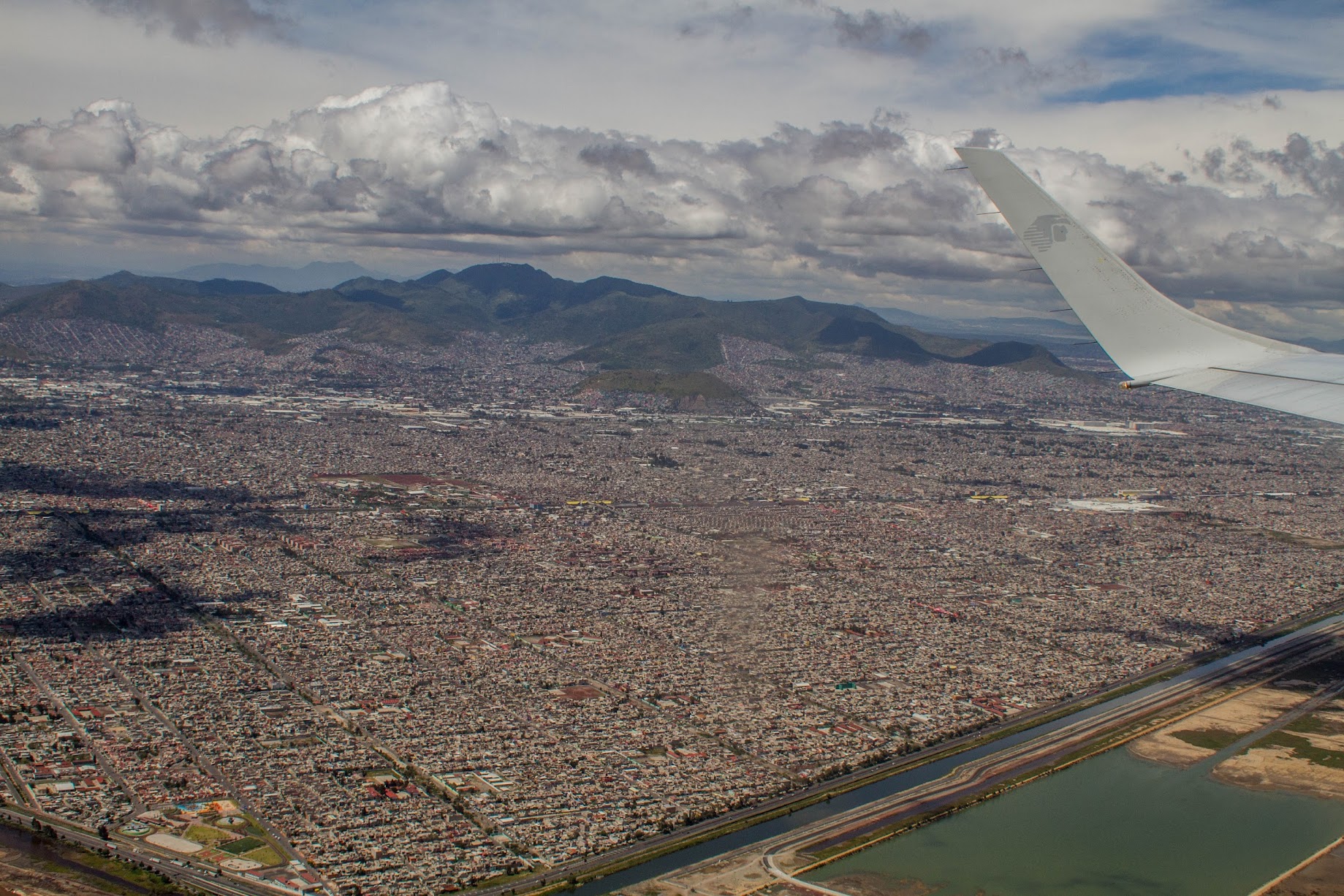 I should save the rest for actual work. Girlfriend is in the room. I can’t write with her here. I told her to go away. She didn’t listen.

Let’s see how the day goes!