The old band from Houston, Texas that my cousin had. I love this album. I love that band.

They were way ahead of their times.

I don’t think you can stream or listen to any of it online. You can only do it if you have the album.

I’m listening to all of my old music.

It’s been years since I didn’t stream music straight from Spotify or YouTube and simply listen to the music that I actually downloaded and I have. And I have a lot of it.

But Chim Charoo came up on shuffle and I decided to listen to all the songs that I have by them.

They are fucking great.

I actually wrote a review about how I feel about them a few years ago when I first started writing and I wanted to write more than anything about music.

I never sent it to anyone except the members of the band.

Let’s find the document, shall we…

Come home to me, I want to see your babies… split… right… in half

The last band before the internet took over

It was the early 2000s. Everything wasn’t online yet. Whatever you recorded with your friends didn’t end up in SoundCloud, Bandcamp or wherever the fuck you want. And even if they did, these guys didn’t give a fuck. Those times… when not giving a fuck really meant something, only a decade ago.

Certainly, no fucks were given by James Muscles (drums/vocals), Ashley KM Davis (bass), and Chris Lambear (bass/vocals) when they were teenagers in high school. “huhh hehhh let’s hear how bad that is…” You hear Lambear’s voice at the end of the song “Take No Prisoners.” It certainly was fucking hideous…. for those times.

All their sloppiness, odd timing, broken teen-angst yelps (Lambear on Skeeter Bites or Muscles on Armless Legless Frog), notes that go nowhere and their heavy drug consumption would have made them an internet phenomenon. The times are getting weirder and weirder or maybe I’m just growing up, but somehow this band managed to sound new… way before their times.

Lyrics are mostly acid trips by the former roommates. “Armless Legless Frog” who was stuck to the wall is about a broken piece of pottery that perfectly describes how sitting in a room while on acid can feel like. Others (Come Home To Me) take you to a place of violence, filth, and everything disgusting before /r/wtf came to be and gore became normal. At the same time, they manage to read the side of a cereal box while jamming and screaming randomly to sound very interesting (Sweet Wheats). And Robot Samba sounds exactly like…. well… robots dancing fucking samba.

Their first recording (and their wildest) came to me through Lambear’s father (my uncle). Imagine a Hank Hill type of guy, except not in the propane business and instead of a beer belly, he is very skinny and very tall. While driving me to the airport, he put on his son’s CD on the stereo (remember kids…? Our generation seems to be stuck with LPs or streaming music). “Do you understand this music?” he asked me. “I have no idea what my son is trying to do with this. You can keep the CD, I only have it cuz it’s Chris’, but I really don’t understand any of it.”

There’s nothing to understand… and that’s the beauty of it.

The chemistry between Lambear and Muscles are exquisite while Ashley KM Davis manages to be spot on with some bass lines, but at the same time sounds like she was just jamming to a whole different band altogether. Vegans before it was a trend, crusts as fuck without being from SoCal or with any pretense, drug-fueled every day on their last years of high school, a stack of more than 20 Gatty’s pizza boxes surrounded by flies, a girl passed out on a pile of garbage not realizing it wasn’t a bed, laundry was never done, fleas crawled up your body, and the horrible stench of a never cleaned bathroom. Welcome to Chim Charoo’s world!

That was the review.

Want to listen to them?

You’ll have to convince my cousin to throw his music online. Bandcamp or YouTube or whatever.

It was an insane world…

My teenage memories of Houston, Texas. It was the complete opposite shit that I lived in Querétaro.

Yesterday was good. I messaged a bunch of breweries in San Diego to set up times for photo shoots. Getting back to the work routine. They all replied. So things are set and should be smooth sailing and beer drinking!

That gig is awesome. That’s why I can’t leave it.

I don’t get paid much. But I get to drive to breweries and take pictures. Too bad I’m driving. Brewers are cool people though. So it should be a fun time!

After emailing (phew, no calling!) we went out for beers and food.

Beers at Teorema/Lúdica. We played chess. I beat her four times. She got mad about it (at herself…). I understand. I’m the same way. I get mad when I lose in chess. That’s why I don’t like playing.

She was going to beat me the second game. And I knew it. I played defensively and forced a stalemate. She gave up before forcing a stalemate. So I won by default. But it was really a stalemate (though I was close on crowning a pawn).

After drinking a lot of light beer and mezcal… just two craft beers get me pretty drunk.

Her friend Doida arrived at Teorema/Lúdica. And after that, it was girl time for them. And I let them have it, mostly paying attention to my phone.

We went to Teléfonica to eat after that. And luckily, they have a new happy hour two, two hours before closing, beers are 2×1.

But it’s also hitting me hard in the stomach. No details needed. It’s just been a bit rough.

And I finished editing.

Total of 6 albums from my vacation.

So out of 2008 pictures, only around 20 are post worthy. I already posted a few on my Instagram. A few more entailed.

And for this blog post. I need a picture as well.

My girlfriend chose this one from my latest edit:

Well.. it was getting dark and I was shooting at a high ISO and not RAW. So it’s way too grainy and soft for my liking.

Also. If you didn’t see the edit…

There was a dog standing on the left side of the picture.

There was a dude there!

Here it is without editing… 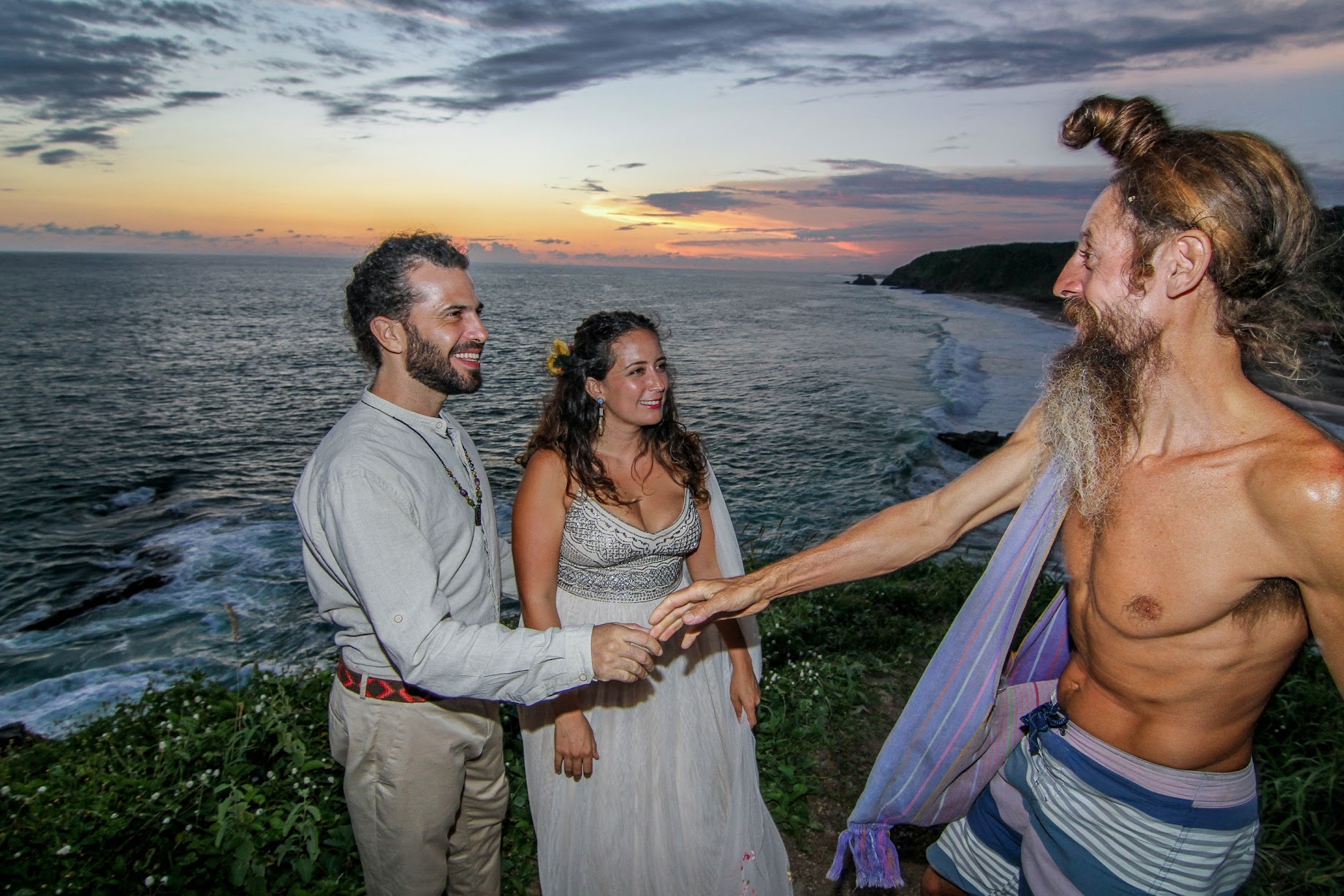 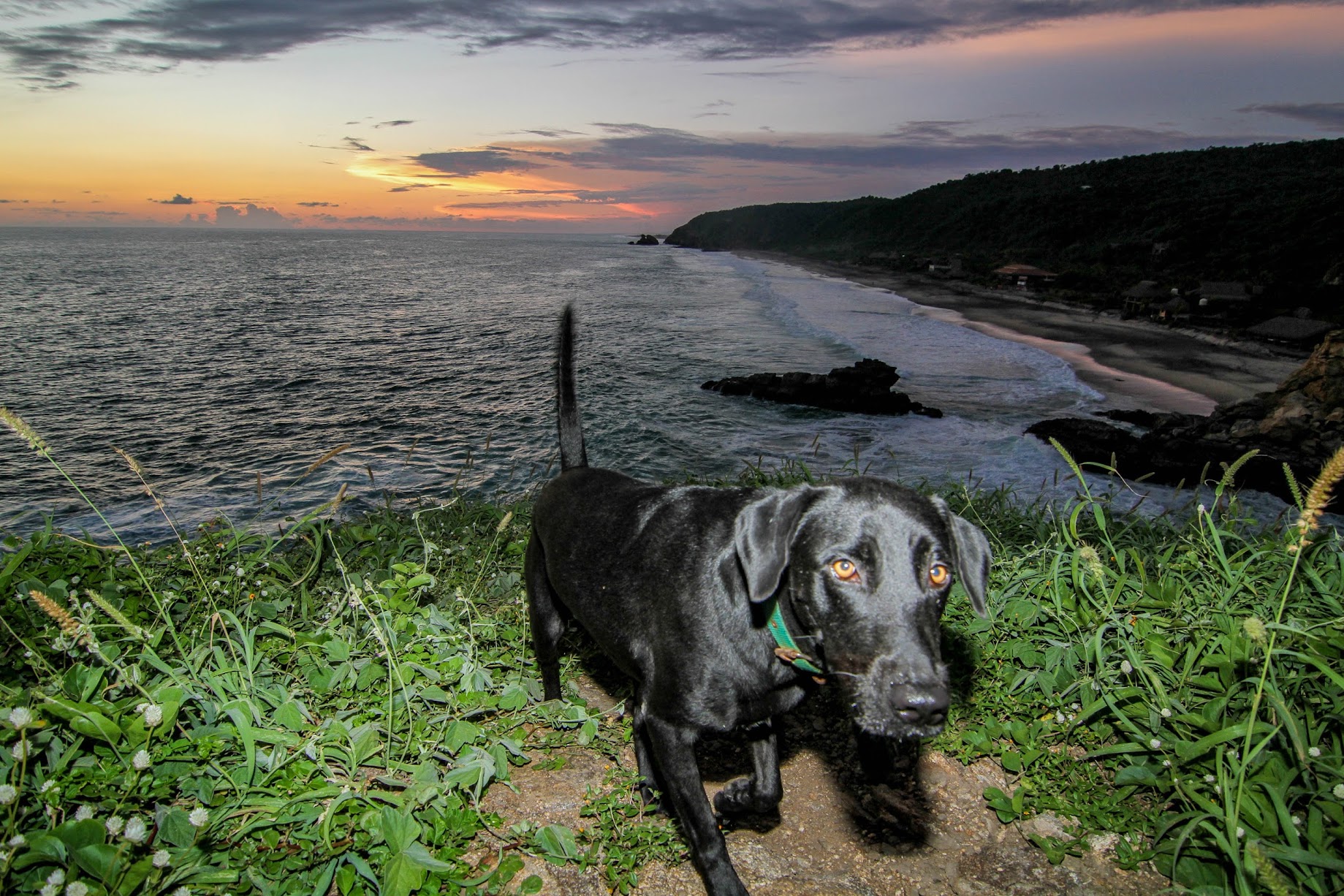 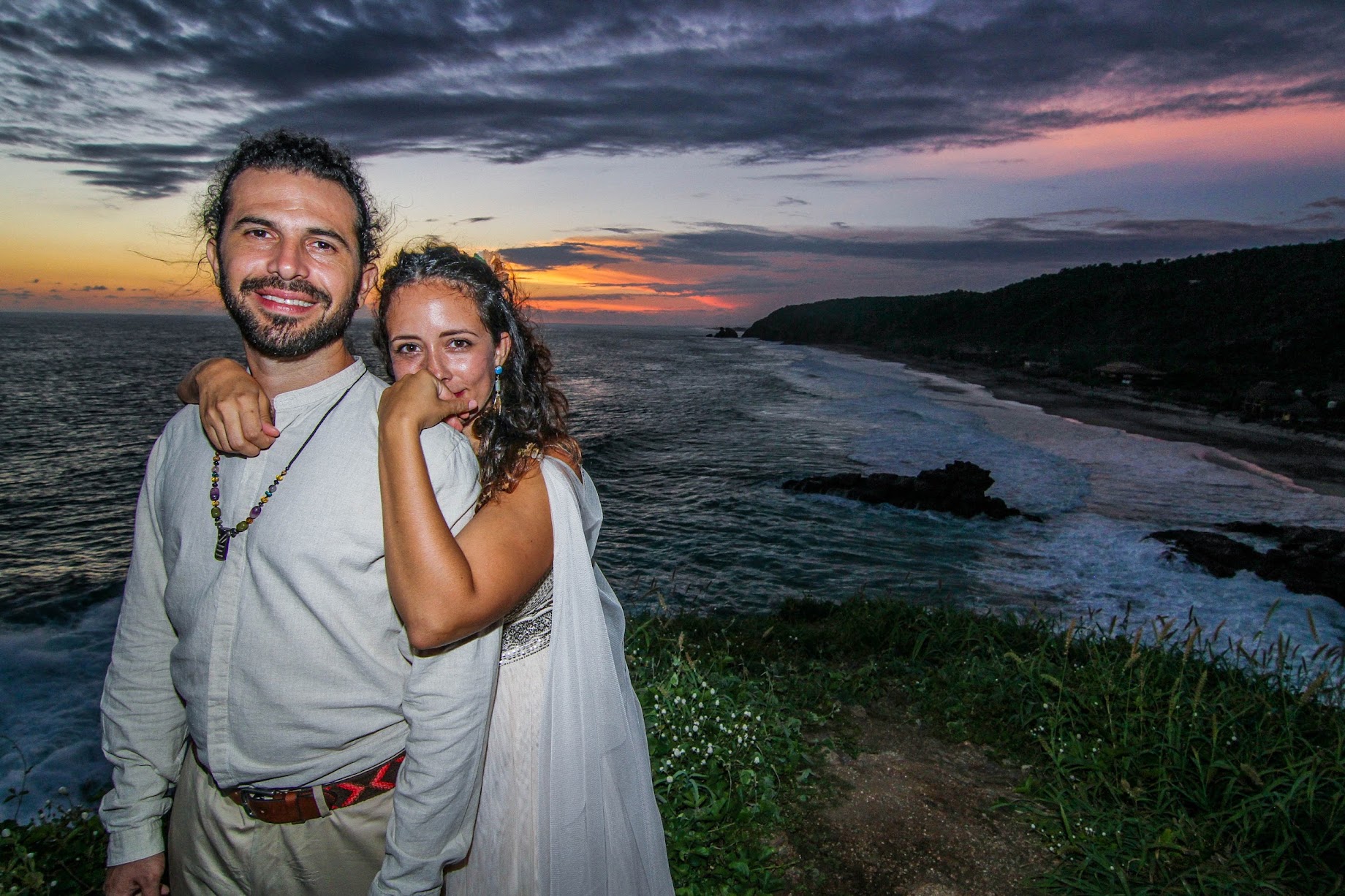 I think it’s my favorite and going on my Instagram.

And of course, congratulations to the bride and groom. My first wedding photoshoot. The bride is really happy with a lot of the pictures.

It was truly an honor to be there and to take pictures of it all.

There are a lot more pictures than just wedding stuff. A lot more…

I wish I had a MacBook so I edited all this shit back when I was over there….

This is the one I risked my life for… It wasn’t that great. 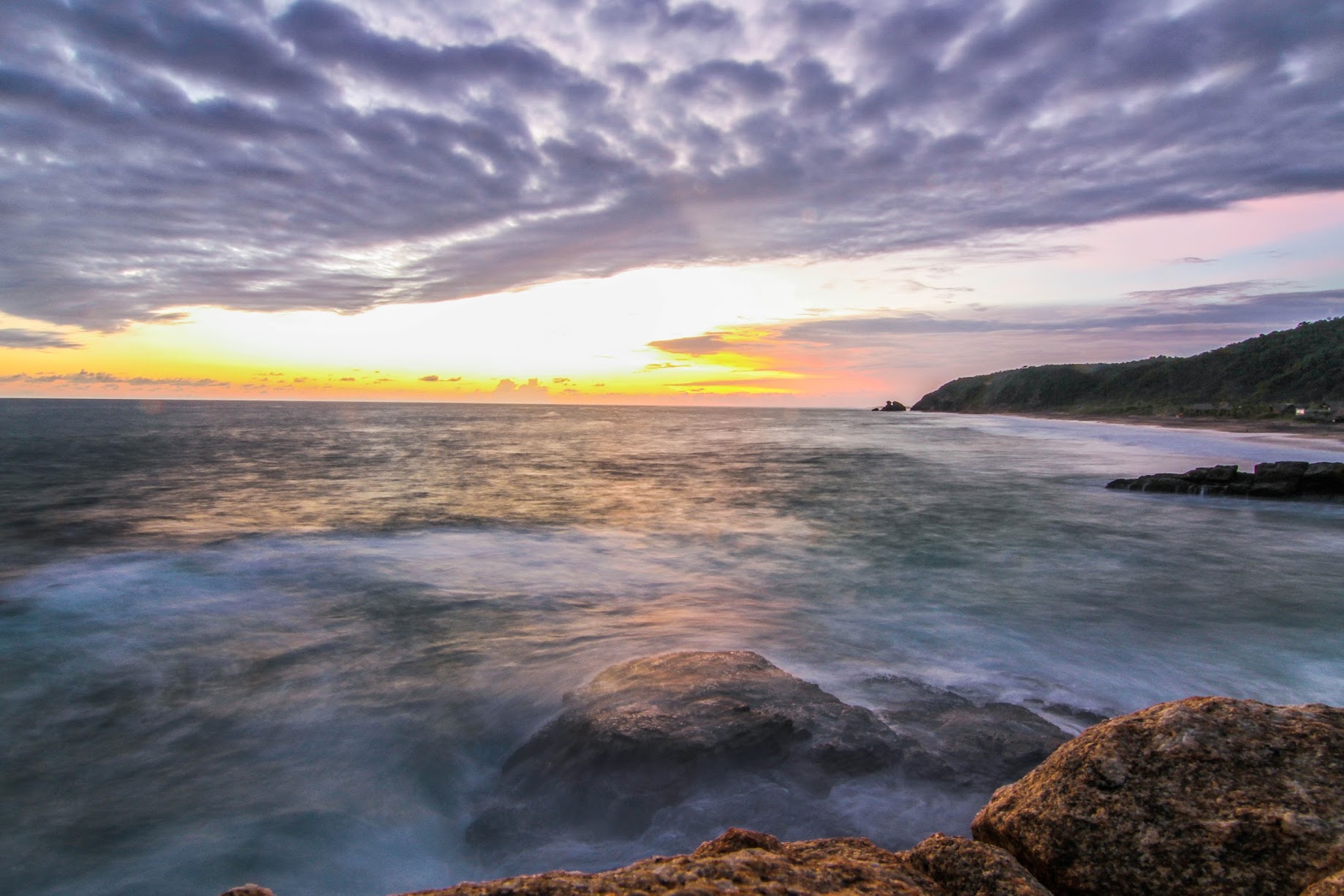 This is what I had to climb down… and then up. 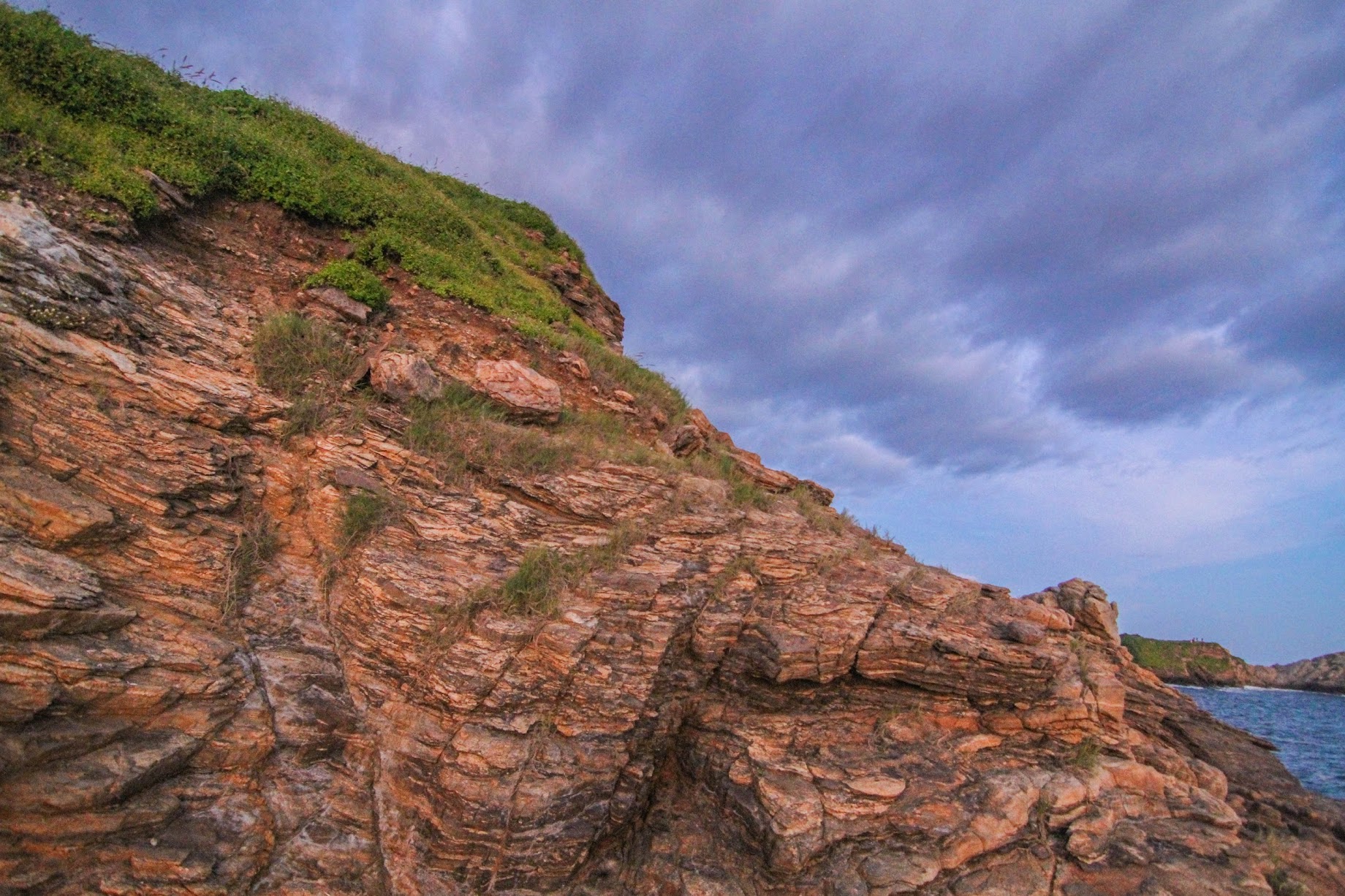 There was an easier path if I went around, but I didn’t see it. It was a very scary climb.

That was the very last day. Before flying out.

So expect a bunch of vacation photos for the following days.