250 Days Together Come to an End: Last Week Together – NFL, Vacation Pictures, Much Work – Dreams of Paris Hilton

Back to Tijuana and real life.

Woke up to a million notifications after dreaming about Paris Hilton and her sister Nicky. They were running away from the paparazzi at LAX. I was just there returning for a flight but I also had my camera. So I started shooting her (Paris, Nicky who cares). And she ran in the direction of the parking lot. I followed. I found her sobbing saying there was some crazy paparazzo behind her. I heard maniacal laughs coming from a grey Jeep Liberty calling Paris’ name. Somewhat to what Luther sounds like when calling out The Warriors. Since I wasn’t really working anymore, I decided to help them both. Nicky went her own direction because the evil guy was more interested in Paris, so that was easy to save.

Paris. We had to run between terminal 3 and terminal 7. From Virgin Air to United. Impossible run through LAX. Through the parking lots. Avoiding the crazy guy. Several times I told her to go on the ground level in arrivals because there are more people there and she could mix with the crowd. I would go on the bridge and flash no one to distract the evil guy.

Not sure how it all ended. I remember both being close to an elevator and me thinking “I have my camera, why am I helping her?!” But I continued helping. And I had a feeling she was not going to appreciate it.

It is the fucking mezcal!

I never remember my dreams this vividly until I started drinking mezcal.

I’ve posted Paris before. Here she is again, the ones that were easy to find: 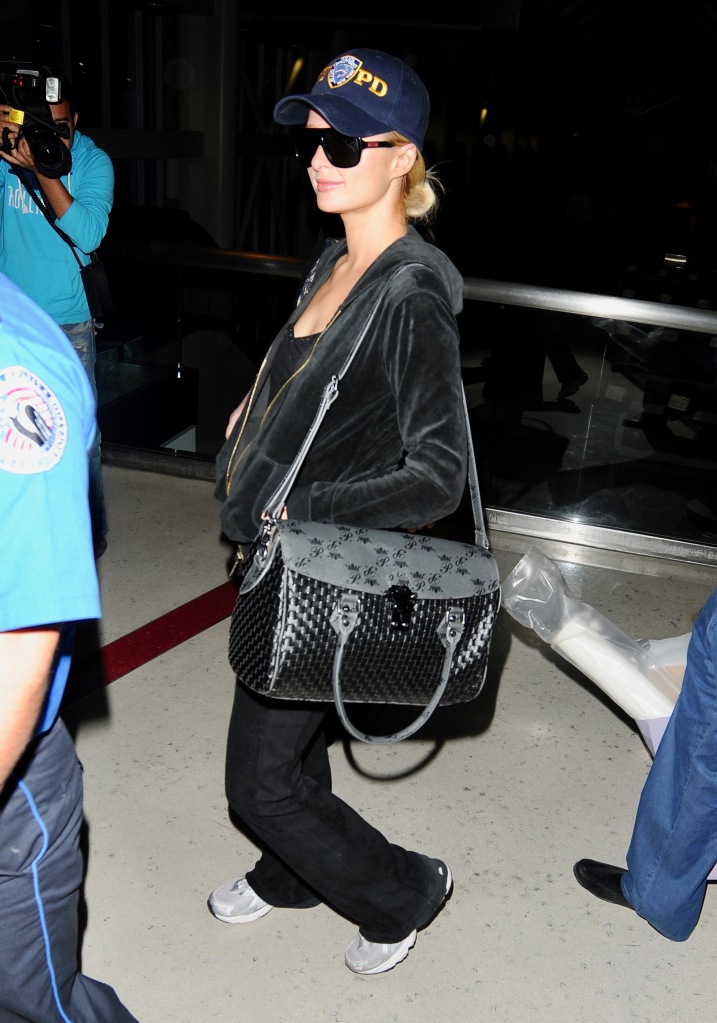 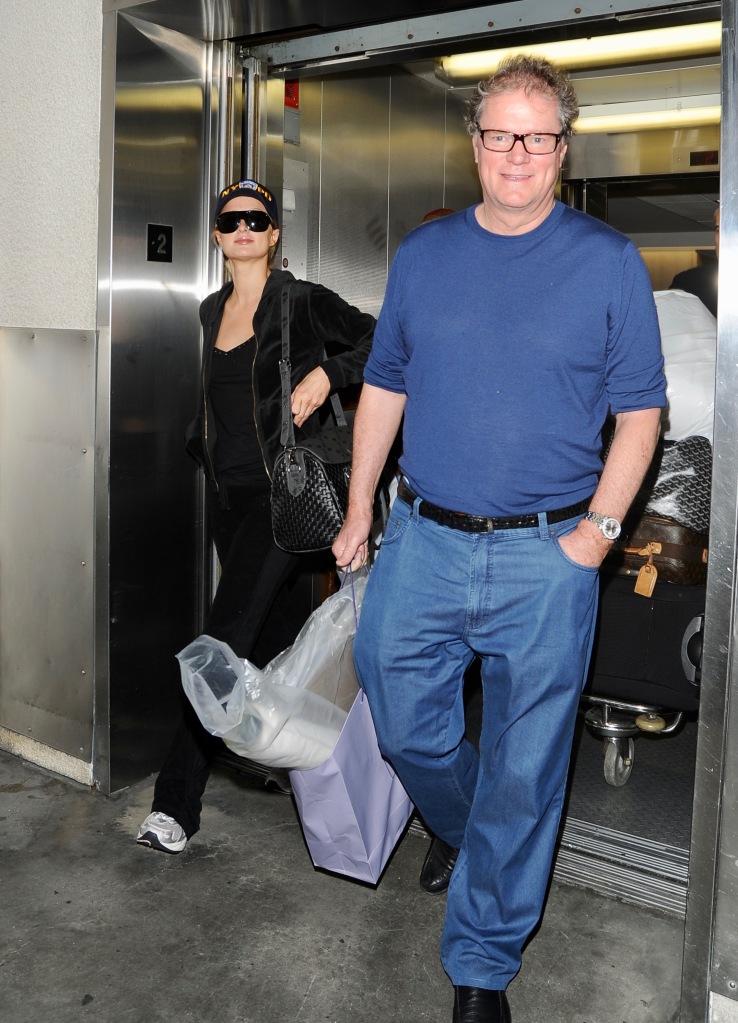 So yeah. Fuck posting about Throwback Celebrity Monday. You get Paris Hilton again.

I brought three bottles back with me from Mazunte. Two small ones of Arroqueño and one big one of Cuixe (I’m lying, it wasn’t that one, I think it was Tobalá). The two small are presents. But I’ll end up drinking them as well.

I just drank a tiny bit of the big one. Like three small shot glasses. The ones we got at the wedding. The nice ones.

I should take a picture of that.

I’m back in Tj. Back on my desk. I should do the usual workout that accompanies the word vomit.

Much to word vomit.

Not sure where to start.

And I have to do a bunch of phone calls later today!

The million of notifications that I got this morning after dreaming about Paris Hilton were mostly non-important. Besides watching NFL all day yesterday (I won for the first time in my Fantasy League!), I also edited a shit load of pics. The total count of pictures in Mazunte was 2008. Yep. 2008. From that, I edited over 1,500 pictures. I have around 300 or so left and I’m done.

I did a bunch of massive albums with different subjects.

Yep. Some of those are still intimate. But I took so long editing them, that editing more… no thanks.

And there is one more album to edit and I should finish it soon.

I also feel like she does things to piss me up on purpose.

She was obviously not happy with yesterday’s post. And my thoughts were darker than that. But since I started this project I have no intimacy whatsoever (I don’t mind that much, but I can’t wait till it’s fucking over).

And I regretted immediately after posting it. But I don’t really censor myself that much. I told her I could delete it or edit down, but I’ve never really done much of that before (besides editing mistakes or requests).

Those type of talks that help us grow more. And understand each other more. And feel better about each other.

I mean… it’s fucking incredible that we’ve been living together for the past 250 days straight since I met her. Out of all of those, we’ve spent like two or three nights apart. That’s it.

And now that’s coming to an end.

She bought her ticket to Monterrey for next week.

I have one more week left with her.

And I am getting sad as I am typing this.

I do need a break. But like a week long. Or a month tops…

More than two months sounds weird. She bought a one-way ticket for cheap. But no idea when we will see each other.

Add to all that that I have a mountain of work. And I also have to move out to a new apartment.

My friend Paola says she will be my sponsor and guide me through the complexities of a long distance relationship since she is in one. So that might help.

I told y’all that after Mazunte, I had no idea what was going to happen.

Here’s what’s going to happen in the short run though.

I have to call a bunch of breweries to let them know I’m coming this week. I have to hit at least five. But I love beer and taking pictures of beers so I might go to more. It will also be tough because I will be driving, so I won’t really be able to drink the beers.

One small beer. One glass of water. On to the next.

She just yelled at me from the living room asking that.

She has one week vacation in Tijuana. So it will be weird trying to word vomit, work, and do stuff while it’s also our last week together.

She came back from buying more seafood tacos. She’s a bit sick with the flu. I’m also a little bit sick.

She bought me a couple of enchilados.

I told her we weren’t going to find great seafood in Mazunte. She missed her spicy seafood tacos. So we’ve been eating that.

Yesterday, after discussing our relationship, we went to Cine Tonalá for dinner. The burger for me. The beet salad with goat cheese + she asked for portobello as an extra and hot sauce. It was delicious. But it made us somewhat sick in the stomach.

And then, I continued editing. She chose a few pictures to upload on her personal Instagram. I took forever to post some. When she was sleeping at around 2:30 am.

A picture she took + some Plotagraph effects.

A Milky Way attempt with her.

It came out nice. The lights ruin it a bit, but at the same time, it gave it that light reflection that looks like UFOs above. Or who knows who did that? If you know, let me know. If not. Then they are UFOs.

She’s watching the new Netflix especial the comedy stand-up of Alex Fernández. I don’t hear her laughing. I watched the intro. It was okay.

I met a stand-up comic in Mazunte that was friends with the bridge. Samuel is his name. Hope to see him on his own special. That would be cool.

I told him I had dreams of stand-up comedy. But I have no balls. I won’t do it.

I’m going to join her. Eat. Drink coffee. And then start making phone calls to work. And I also have to pitch stories.

Yay! Back to reality!

One response to “250 Days Together Come to an End: Last Week Together – NFL, Vacation Pictures, Much Work – Dreams of Paris Hilton”