Alright, dude, you can do this!

My girlfriend said she was going to work for this half week that we have left before OAXACA!

She woke up early this morning and said, “I don’t want to go.” Or something like that. It was 4 am. I didn’t take notes.

Point is, she decided not to go to work. She’s next to me right now. Apparently, she has to go to her work to formally quit. She could have done that last week but thought she might be working this week. Nope. Vacation already started for her.

I didn’t finish the article, but it’s almost done. I’ll finish it after this and send it. I basically just need to edit it a bit. And let’s see what the editor says.

I have a few photo missions, but they can be taken care of when I come back. And I’ll need the money.

So I have three days left… then Thursday morning we fly.

I skipped yesterday because Sundays are the most skippable days. Also, because the end of the year is near. The end of this daily word vomit is coming close to an end.

Yep. I really can’t wait till I’m done with this and start working on a different project. Dedicate the time and energy that I do on this silly thing in something that pays me. Like, write a book!

I could write fiction!

Or just a book about the border life. Or who the fuck knows.

But if I write 1,000 words or more a day in something that is saleable, then work will actually be work. I’ve seen Tijuana guides out there that are beyond horrible.

And again, after Oaxaca… I don’t know what will happen.

Girlfriend will be back in Monterrey.

And I… I’ll be wrapping up this word vomit. Retire from daily blogging. Not sure what my future holds.

I might go to Northern California for a month but I’m afraid that will risk my photographer gig. I might stay here and be the same. Try to hold a long distance relationship and figure out crap.

Who the fuck knows.

And I didn’t expect president Trump to still be there. I seriously thought he would be impeached by now. What the fuck is taking so long?!

It’s not cool to wake up every day to tragedies around the world and knowing that the leadership is the shittiest in the world. The United States and Mexico have some of the shittiest presidents in history. And sadly, Trump makes EPN look good. How shitty.

I haven’t gotten political in here at all since the beginning of the word vomit. And I shouldn’t carry on with it.

She did laundry and cleaned my brother’s house for some odd reason.

I did way better in my fantasy league… STILL LAST PLACE. And still lost badly.

Fucking Raiders. Dropping Carr from my line-up and benching Marshall Lynch until he does fucking something.

Sánchez, the other guy that takes it seriously, he did really well this time. Got the most points in the game so far. I played against a guy who doesn’t even fucking play and I still lost… Fuck.

We then went to Voodoo Stu’s for some delicious fucking food. They are also out. Going back home to Atlanta to get married. We won’t see them for a while.

Then back home to Netflix and chill.

I was loving it, but she didn’t like it because she’s not a fan.

We didn’t watch more than twenty minutes… I guess I’ll watch it by myself later, though it’s over three hours long. A LOTR movie about George Harrison.

Then I told her I liked Big Mouth, so she wanted to check it out. This cartoon has no replayability. I got sort of bored watching the first episode again. I don’t think she liked it.

And after that, she just decided to go to bed.

The grass I planted is already growing tall! It looks great!

I could seed some more!

And the basil and catnip have a very very very tiny sprout. It just pushed through the ground. So yeah. Seeds worked. Let’s just see how long till they actually grow.

Gallos played against Monterrey and tied the game 2-2 by a miracle penalty kick in the very last minute. Phew. A tie. And I got excited about it. What a shit team.

After Gallos Blancos game finally made it to the ATM. Finally got some cash.

Paying rent. Getting money for Oaxaca. And enough money to just eat this half week.

My Instagram boyfriend, Joey the Housewrecker, came down to Tijuana with a date. He also brought a watch that he was trying to fix.

We met at Mamut at around 6 pm. Had one beer there. Then went to find someone who could fix the watch. Saturday late afternoon is not ideal to be searching for that. We went to two different places and failed.

Then headed to Norte for more beer. And after that Teléfonica where my girlfriend was meeting her co-workers.

Teléfonica is always amazing. The spicy tuna tostada, like always, was fucking great.

More beers there. The party went from four people to nine.

And then we went to a small apartment right by Teléfonica to continue the party.

It was a house of a metalhead. The party was all metalheads.

Joey was loving the people in the party, talking about all punk and metal. And playing songs on the TV.

I played some songs.

I felt like I was booed everytime I played a song. But I couldn’t help myself. I had to play Baby Metal.

We partied in that small apartment for a couple hours. Then Ubered to the border, and back home.

It was a good Saturday.

I just want to get done with this so I can finish the other thing so I can move on and do one more thing before I have to pack so I can go.

I’m not even sure what I’m wearing at the wedding.

Leaving Bisho behind is going to be sad.

I’m not sure why… but I have Cindy Crawford in my mind.

So I choose her.

I saw her a bunch and my hard drive reveals I have more than a dozen folders. Luckily, half of those will be repeats. So let’s see what I got.

My computer crash while editing. And it takes a while to turn on. So I made breakfast and got distracted instead.

And in the process… I got offered a full-time job.

But again, it doesn’t pay much. It basically pays as much as I am making for triple the work and half of the prestige. But it’s a guaranteed money-making situation.

Back to Cindy Crawford.

Posting this. Workout/Shower. Work for real. Get ready for Oaxaca soon.

I feel like I saw her a lot but my hard-drive only yields six sets. Well, I skipped a shitty one. And I’m sure there were more.

The first set of pictures are REALLY early on my career. June 5th, 2008.

Almost a decade ago.

Don’t remember this shoot at all. She’s carrying shoes for some reason.

I wasn’t very good… These are worse than I remember.

Also, it looks like I didn’t shoot enough. Crap shoot. 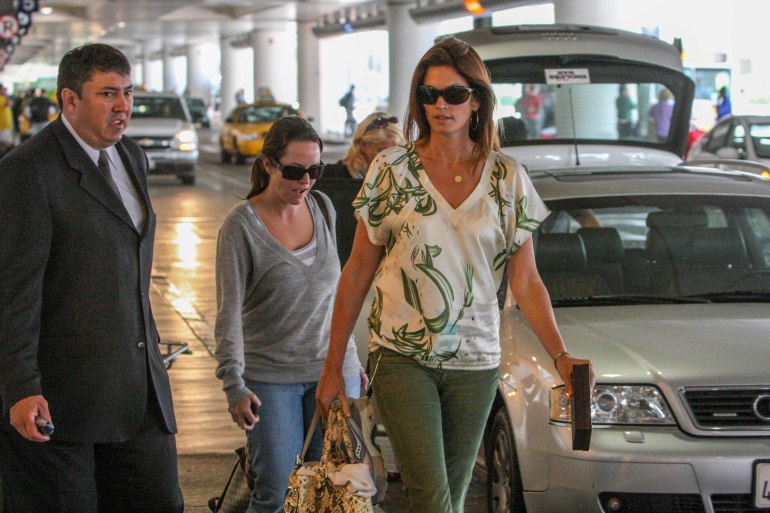 I just found another set in an album I just called “Cindy” and left the Crawford part out. It’s also a very bad set, but there’s one picture with potential. I wished I was shooting RAW, but back in the day, that would have been dumb.

I’m going to edit that on my iPhone. I’m afraid of re-opening Lightroom and my shit to collapse again. 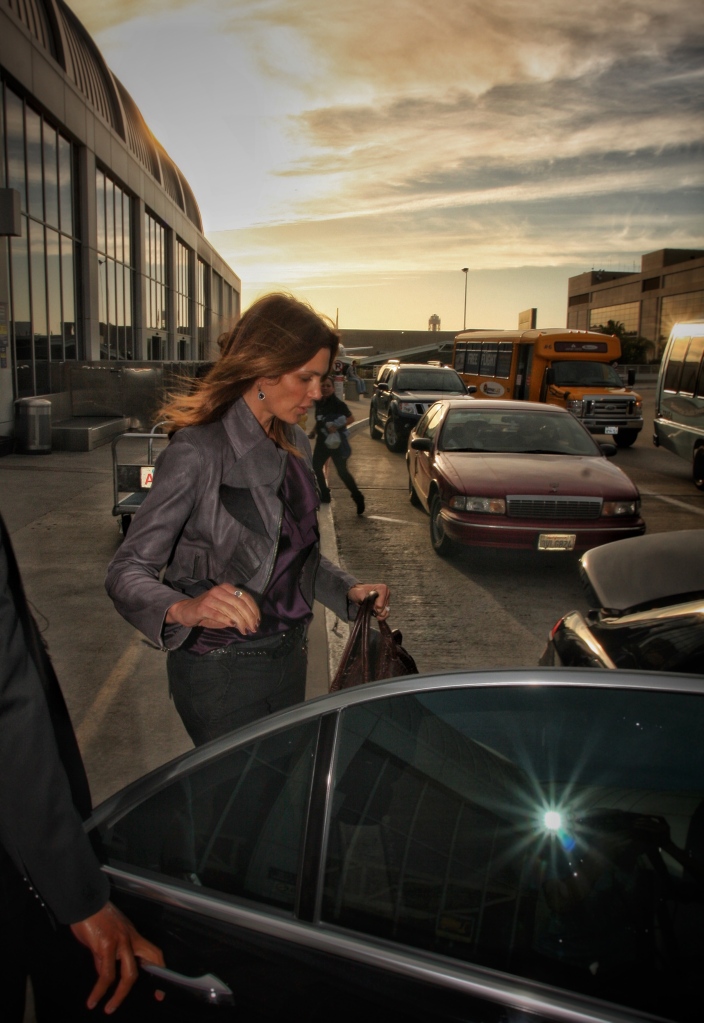 Yep. I over-edited it. It looked prettier on my phone. The sky can easily be Plotagraphed.

Back to the rest. 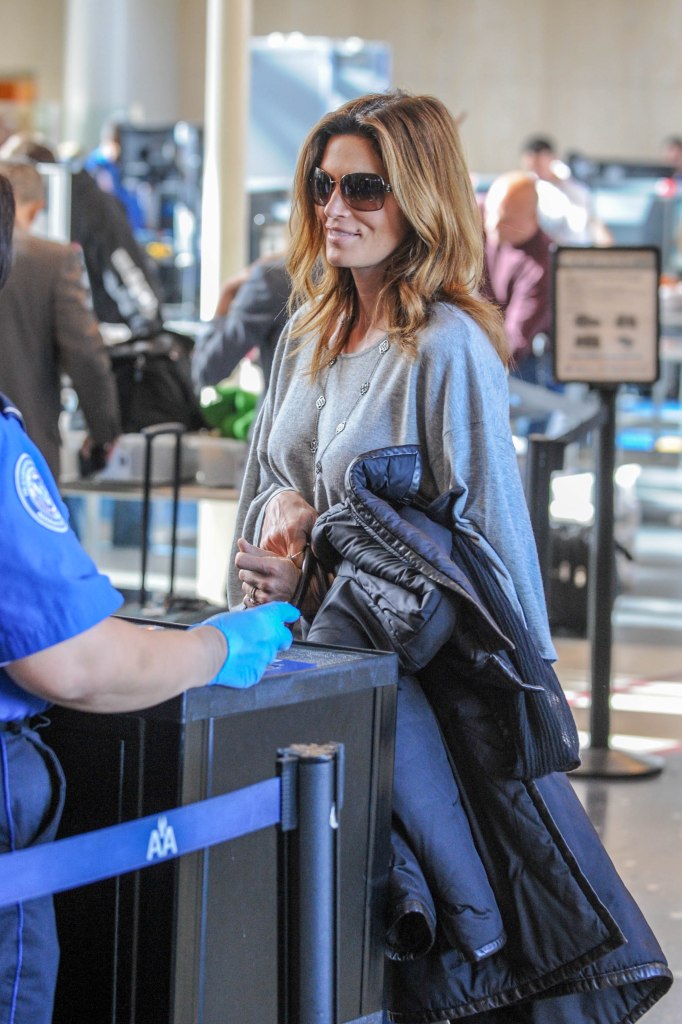 That dude that jumps in the frame was a fucking dick. Always tried to block pictures and/or tried to shove me/push me while not looking. Fucking dick.

It was never either good or bad. Which is actually good. I get my pictures. She moves on with her life. Nothing happens.

I honestly don’t remember any of these shots..

They were all pretty standard.

And for the most part, she looked exactly the same.

And it’s not like she had drama or stories about her. It was just “oh, there goes Cindy Crawford.”

I like this picture. Sunglasses off. Action. Mole. Or beauty mark. Call it what you will. 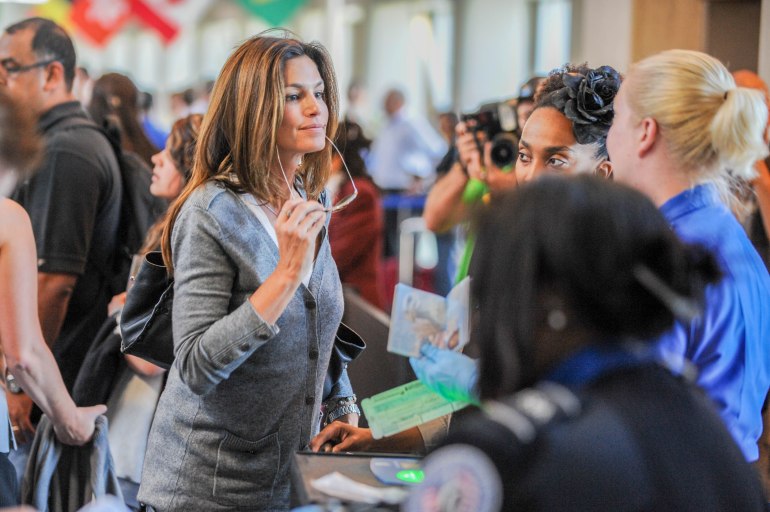 And two more sets back to back to finish this Celebrity throwback Monday.

This last picture was a nifty trick of hiding behind a wall by the elevator. Almost no one knew about this angle and celebrities never noticed you there. 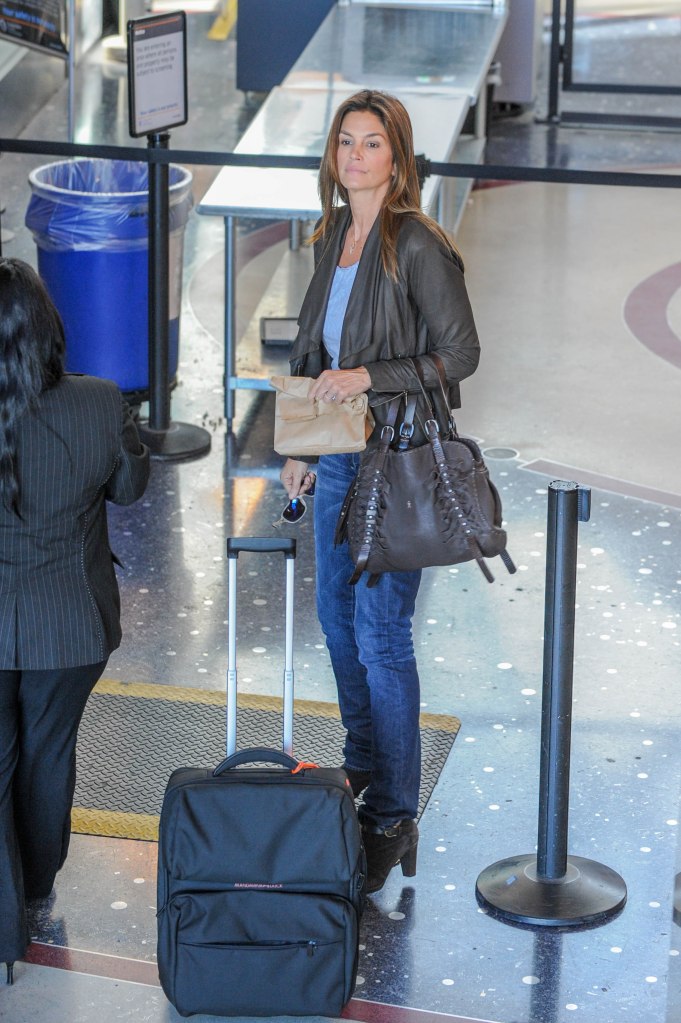 Hmmm… it looks like she’s levitating because of that floor. 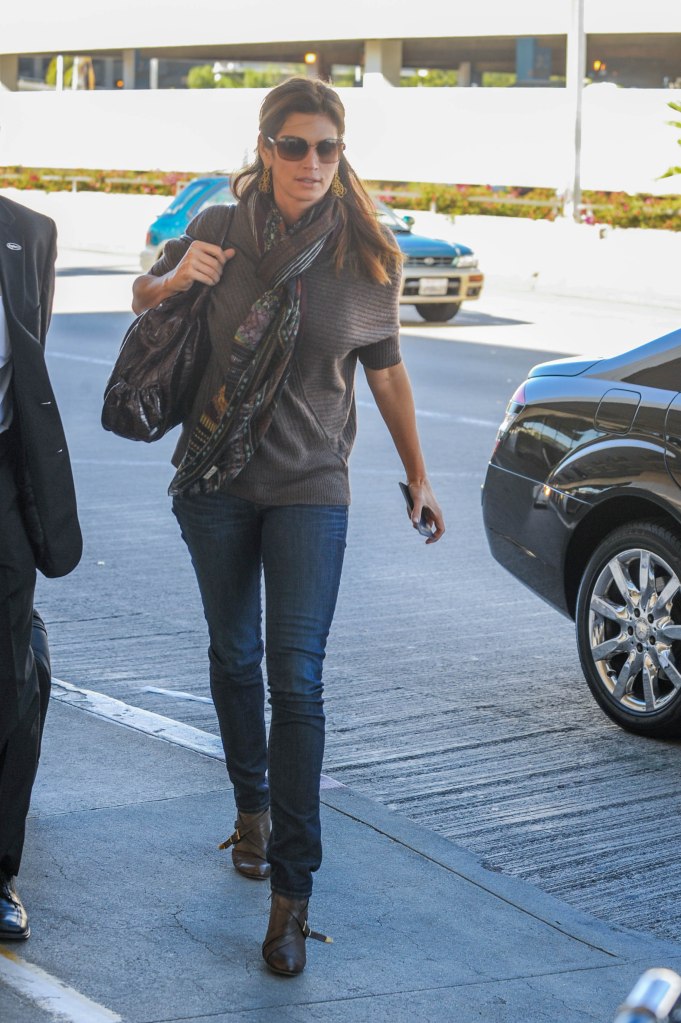 With her eyes closed. I should have left this one out of the edit, but it’s here already, so fuck it.

And the last time I saw her according to my records. 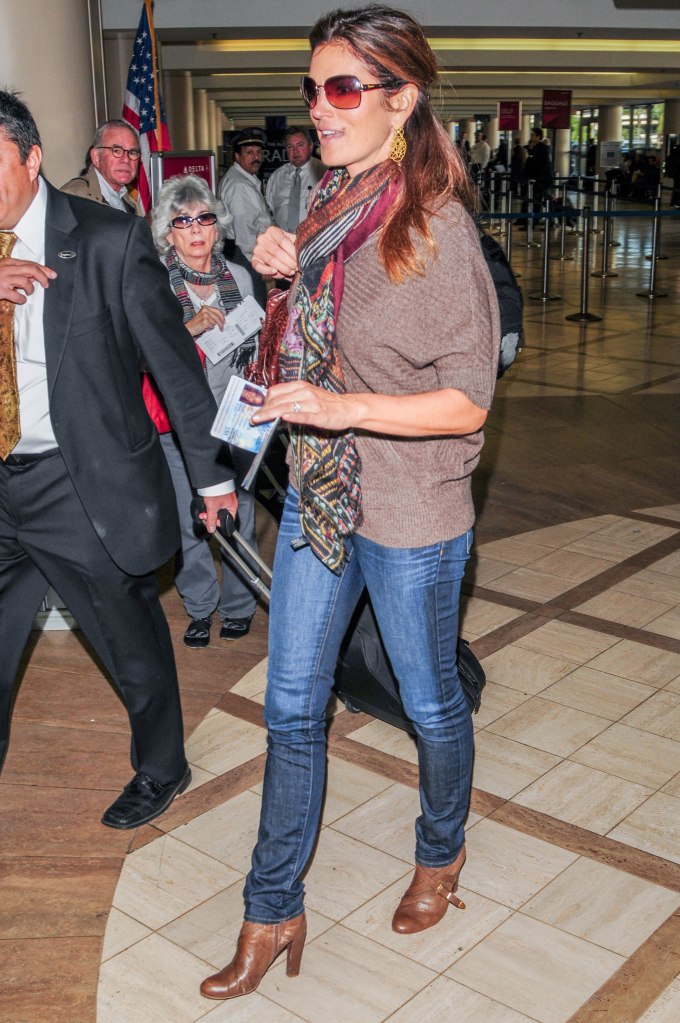 No idea why Cindy Crawford. Just felt like it. If anyone has any suggestion, leave it in the comments. I still have hundreds of pictures of celebrities that I haven’t posted and I’m going to stop at some point.

And then who knows.

I have to work. It’s already getting late.