I woke up at 5:02 am when I heard a very loud crash in the kitchen.

It was super fucking loud.

Before getting up. I knew what it was.

My girlfriend over tipped the ceramic base that holds the water jug too much.

It was my fault.

I didn’t buy water. There was no water in the house.

Except for that last glass in the bottom of the giant clay basin.

The only way to get it out is to tip it. And the fucker is heavy.

She over tipped it.

She’s broken a couple of my favorite beer glasses and my water basin. 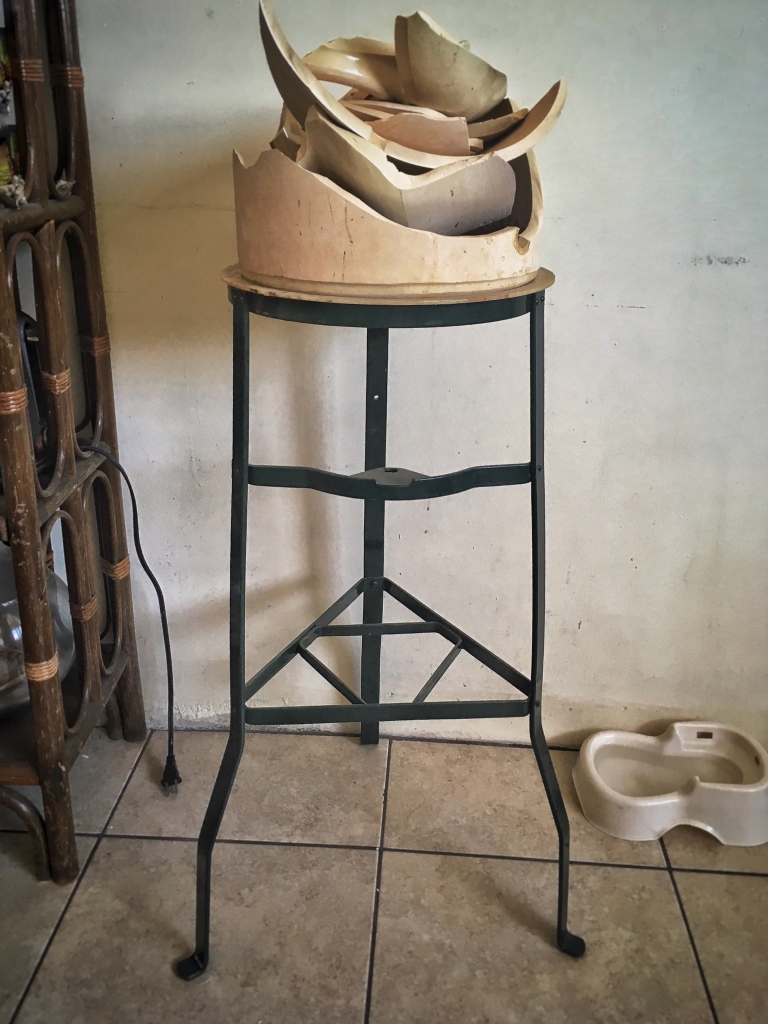 Snapseed now has edit history to apply on any picture. And since the last picture I edited I played with many tools, shit is way over edited. I’m too lazy to edit again, so I just hit the last edit.

And it’s a sad picture.

I feel much much better.

I’m still not sure if meth-laced 7UP or just my hyped up imagination.

But hey. It got turned into an article. Here it is.

Andy posted it on Reddit right away. He said he beat me to it. I probably wasn’t going to post it. I don’t like posting my articles that often… Unless if it’s in /r/Tijuana.

The secret meetup was yesterday. I didn’t leave the house. I was feeling too shitty. I could have gathered the energy to go. But I wasn’t ready to meet people and eat and drink. I stayed.

I was supposed to work to finish the article as well.

I couldn’t muster the energy.

I must muster the mustard today and do some work today. And have it done by tomorrow.

Missing shit just because I decided to drink meth-laced 7Up. It was probably all in my mind. But the mind is powerful. And I felt like shit.

Good enough excuse for me.

I even found a ride for the Reddit meetup. A moderator for the /r/SanDiego subreddit. But I wasn’t feeling it.

He told me about the meeting through messaging. It was a very private small meeting between mods and admins. New things are cooking up for Reddit. And I missed it. I could have been in that small circle of nerds. But nope. I was so fucking tired.

The San Diego moderator was nice enough to snag a swag bag and a Reddit t-shirt for me. Hopefully, I can meet up with him soon. Grab a beer. Talk about Reddit. And what not.

There are a few upcoming photo gigs. I am pretty sure they can all be taken care after the vacation.

My girlfriend is texting me.

Apologizing for breaking the water basin and asking me what we are going to eat today. I have no idea, I haven’t even had breakfast.

I’m supposed to get paid today.

I’m not sure how much.

Should be enough to pay rent and to take cash to Oaxaca.

Then I’ll get paid again when in Oaxaca.

If I take care of two more jobs before I leave, I’ll be perfect.

I have the weekend and a half week. I can probably do one of the photo gigs on Wednesday of next week.

Airbnb is paid. It’s literally next to my friend’s restaurant.

It’s coming soon. And I’ve been waiting for this for far too long.

So yesterday I just stayed home and did nothing but complain about how shitty I felt.

Girlfriend came home and complained about how messy the house was. It wasn’t. Especially for having a small party the previous night. She cleaned the fuck out of the place like always and then made great pasta pesto for dinner.

She went to bed after that.

For the first time, I’m winning my fantasy league. Having two Green Bay players on the field was a good choice. I’m still ranked last and the point prediction still has me very low. But who knows what will happen.

Tate or Fitzgerald as wide receivers…

Hope it plays out.

Gallos plays tomorrow. They are probably going to lose. My hopes for this season are over. Now it’s the usual fight to not get relegated. Shitty.

Transcribe that I should have done yesterday.

I’m feeling much better and animated. I can do this.

It doesn’t even feel like a Friday. And since the girlfriend works tomorrow early, tis a guarantee that not much will happen tonight. And I have to work.

I just remembered… Red owes me $150 and I haven’t gotten paid.

This is why I like working for who I work… They pay when they should. And I don’t have to be constantly reminding them to pay me. It’s been more than a month and I still have to message the editor about it. It makes it so fucking awkward. I even email the accountant and got completely ignored.

And speaking of getting paid. I just got paid. I was hoping for a bit more, it could have been a bit less. But this is fine. I can’t complain. I need to finish that story today and re-send tomorrow.