Imgur Front Page (Sort Of) – Gardening Today! (And Other Work) – Bar Nelson: It’s Been A While

A picture I posted on Imgur yesterday of my Chicken Fried Steak got popular.

I didn’t even notice it yesterday when I posted…

I just noticed right now because I was going through old pics and I saw a brunch that looked good and I wanted to post it.

That post already bummed and it has 0 points. Downvotes.

It’s all in the title. And I fucked it up on that one.

The comments are hilarious.

People get really into commenting about breakfast.

And I’m the idiot posting the picture. 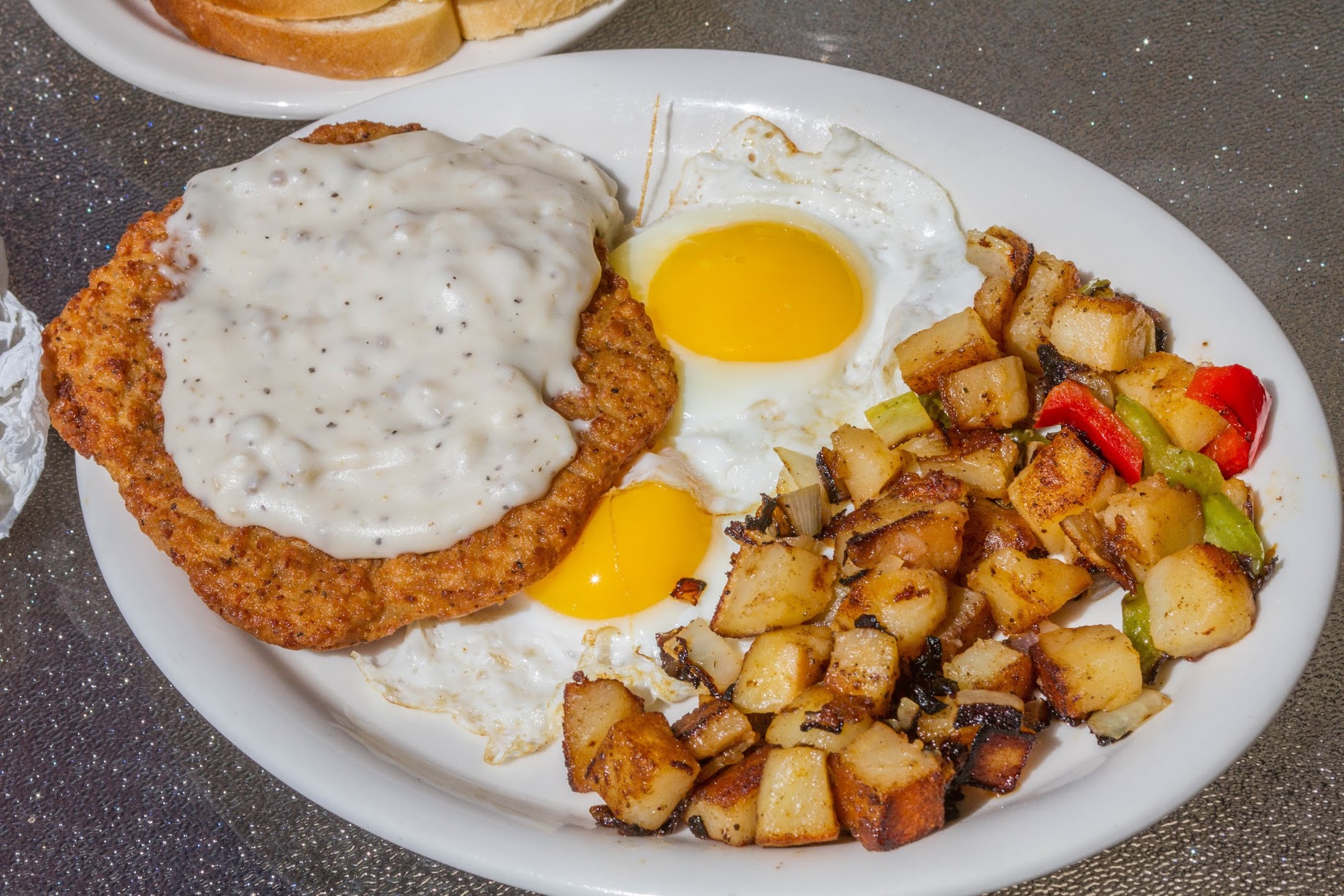 I posted the same picture on Reddit /r/FoodPorn and it only got 346 upvotes. Here’s thread.

Imgur people were loving the eggs.

Always feels weird to ask for money. But hey. I did jobs. Give me money. I don’t even charge much. I charge as much as Spiderman does in his day job. Newspaper photographers don’t make much. It’s still a really sweet gig.

I took tons of pictures of worms and people that like worms.

I took tons of pictures of beer and people at bars.

Three days of work. Well, more like two days. One day, one half-day, and one night.

And then the other article that took me around two weeks…

I still have to work on that one. The editor requested some more. So I have to expand it a bit and get more quotes. Describe more scenery.

And more photo gig this weekend. Should be a fun easy gig. And it will require tons of wide angle and long exposures. My favorite.

Today I get to garden!

The big bag of soil I bought last week while taking pictures of worms made it back to my place. My brother apparently was hanging out with my neighbor that I don’t know. He had to drop him off by my place. And he brought me the big band of soil I bought.

It has so many more options now and a different layout.

I’m going to do that this morning. Make some pots out of old water jugs. Divide some sand. Replant some of the stuff in the balcony that looks like it’s dying. Plant some seeds. And get myself a little garden.

That’s way too much potting soil for what I actually need. But maybe I can buy more plants. And actual pots instead of plastic containers.

Yes. I bought catnip for my cat and some cat grass. Let’s see what happens with the basil. The other basil I have planted only has tiny leaves and doesn’t look that good. I need to replant that. And I feel like the mint is getting rootbound. So that will need to get repotted.

WHEW! Gardening. I wished I had a house. I would plant some more food.

In the afternoon we’re supposed to go out with new friends for tap Tuesday. I should finish half an article before that. And I need to look for the organ grinder again. I already messaged him on Facebook. But yeah. I have plenty of work to do.

Yesterday was too much word vomit. Too many entertaining things happened during the weekend. Looking back at it, it sounds like I made it all up.

After word vomiting, I just looked at places online again. Pitched a few ideas to the news editor. One of them got accepted so I have to work on that today in the afternoon and finish it by tomorrow morning.

My girlfriend got home at around 3 pm after doing some grocery shopping. Then she cooked broccoli, portobellos, and made some salsa, a couple of quesadillas, and more stuff.

All I’ve been eating is cheese…

By 5 pm, she was already in bed. I needed to get out of the apartment because I spend most of the day here and I just need to get out.

When I have to get out and I have nowhere to go… It’s usually Nelson.

Especially because I wanted to watch the NFL game there.

To complete my misery in how horrible my fantasy team is doing.

First seat on the bar was open. Near the door because inside I don’t get any service and I can’t play my fantasy or Pokemon Go.

It’s Benito sitting next to me.

He is always at Nelson.

He gave me the WiFi password for the place next door. Now I have WiFi whenever I’m at Nelson. Great stuff… now I’m going to be there more often.

I haven’t been to Nelson in a long time. Months.

I was just there for a couple hours. But it felt good. Talking to randoms. Drinking cheap beer. Hearing the stories of Alex the bartender. Talking to Benito who told me he got mugged twice this year and that’s why he doesn’t have a proper phone.

Both times exiting Nelson and going for his taxi de ruta.

And watched NFL. Talked to randoms about NFL. And how I have Larry Fitzgerald on the bench. And I have fucking Jason Witten on.

Point is. I fucked up. Point no.

I came home after NFL. Stopped by Tacos el Rey because they are the best tacos in the planet. They asked about my girlfriend. I said she was sleeping. This whole week she gets up earlier than usual…

Two more weeks of that.

The Airbnb we are staying in Oaxaca is literally next to my friend’s restaurant. So we’ll be basically next door. Steps away from the ocean. Childhood friends are going to be there. It’s going to be pretty cool.

Drank one more beer at home. And watched videos of the new Marvel Vs Capcom Infinite. Then watched Maximillian play some scrubs for a while. NERD ALERT.

I want to buy a PS4 just for that game now. I mean, I know there are tons of other gems on the PS4… but Mahvel is one of my favorite games. And though it looks like futuristic 90s (somewhat shitty), apparently the game is a lot of fun. And that’s what matters at the end…