My girlfriend just left for work in an Uber. She says she likes her job because she gets off work at 1 pm. But will get off work to come directly to bed and sleep….

She works so much… for so little.

I wished I worked as much as her… but actually make money.

I just complain about things and get depressed.

We were house/apartment hunting yesterday in Playas. She wanted to go eat oysters at the place she likes. I was ill-humored and that made her mad…

Then we visited my parents. My dad gave me a nice Johnny Walker backpack he got for free. Thanks, dad. I don’t know how they are managing life…

And after that, we went walking around Playas. Looking for “For Rent” signs.

We didn’t really find anything. Everything is pricey.

I don’t think there is a better deal than the apartment I’m currently in. This place is cheap. Spacious. Great location. And I used to have the coolest roommate.

Places she wants we can’t afford.

She won’t even have a job when we come back from Oaxaca.

And I don’t really have a job.

The budget for a new apartment looks insanely shitty.

And that’s what is depressing me… a lot.

I’m going to go play soccer with my friends in a couple of hours. I’ve slept less than three hours. I’m tired. But too much in my mind.

I keep looking at apartments for rent.

And fantasizing about renting the real nice ones so I can Airbnb it.

And then I get depressed thinking that maybe my place won’t get rented. Maybe it won’t be enough to afford rent.

And I still need a car.

All depressed as shit.

I found my old payment stubs from when I worked in Los Angeles. There was one for $6,750 in one month…

That also depressed me.

That’s what I make in almost the whole year.

That will make me feel way better.

Finish this shit with a heavy contrasting feel of how I could be depressed at one point and then happy hours later.

I played soccer for the first time in the year. With my Gallos shirt.

My friend Mike picked me up with another friend Willy. We grabbed coffee on the way and got there after 9 am.

There weren’t enough players for a match…

My brother was late. But with a reasonable excuse. He has two kids.

A few people didn’t show up. It’s tough to get people to play soccer on Saturday’s at 9 am.

We finally started playing 5 vs 4.

I scored the first couple goals.

Not to toot my own horn, but I did pretty well in general. Especially for not playing for over a year.
I felt comfortable on the small pitch. I had control of the ball. I was passing right. I was controlling right. It felt nice.

I don’t have a great shot. But for my height, I am capable with the ball. More than the average tall stick player like me.

I scored a few simple goals after some nice triangulations. From everyone in the team, my brother is the one I connect the most. I used to play a lot of soccer back in my teenage years. Like a lot. My friends were really fucking good. Like they wanted to be pro good. My brother wanted to be pro good as well. I did too. Lightly. As a goalkeeper.

From everyone I know from my childhood, only one kid made it to the majors. We used to play in the same team and I was three years older… he never did much good. Just played forward in several Mexican teams. I am sure he is benched now.

I just looked him up. His last team was Chiapas which got dissolved and is now a free agent….

My girlfriend just got here to Telefonica where I am typing this.

I just told her of the drama and sent her for some beer and food while I type this.

Is just I don’t give a fuck.

If you are an asshole to me, even if you are a so-called friend, I don’t give a fuck.

Mike was an asshole to me. Willy was just laughing. Of course, neither of them see it that way. It’s all fun and games and I’m a pussy for not playing along.

But I don’t give a fuck.

If I am not enjoying myself, fuck it. I don’t have to be in your company.

I don’t give a fuck.

Even with some of my best friends. Like Chad. My roommate that was supposed to be here but had to go to work.

If I am not enjoying myself. I just fuck off. It was several times where he insisted he wanted to keep drinking or go to another bar and I wanted to go to bed.

I don’t give a fuck.

I do what I want.

Even with my girlfriend. She knows. When I’m not enjoying myself. I don’t give a fuck. I’ll just do something else.

So… soccer friends? Hah. I don’t give a fuck.

I miss the sport. I could just play and fuck off. But I don’t like that. It’s like being in a band and not really like your band mates. That’s how a soccer team works for me. And being the goalie… I like to direct my players way too much.

It doesn’t work with them. They do whatever the fuck they want. I enjoy the exercise and the sport. But if I can’t get along with the people I’m playing with, it’s not fucking worth it.

And honestly, I didn’t expect this shit from Mike. I haven’t seen the dude in forever. We used to go out and about to bars and what not. Always an enjoyable chap.

Girlfriend is here. We are going to eat and drink and enjoy ourselves and then go to bed.

That pulpo taco from Tacosteño was great. The tuna tostada was meh. I like the tuna tostada from Otto’s Grill much better. That’s what I ate before I saw my girlfriend. 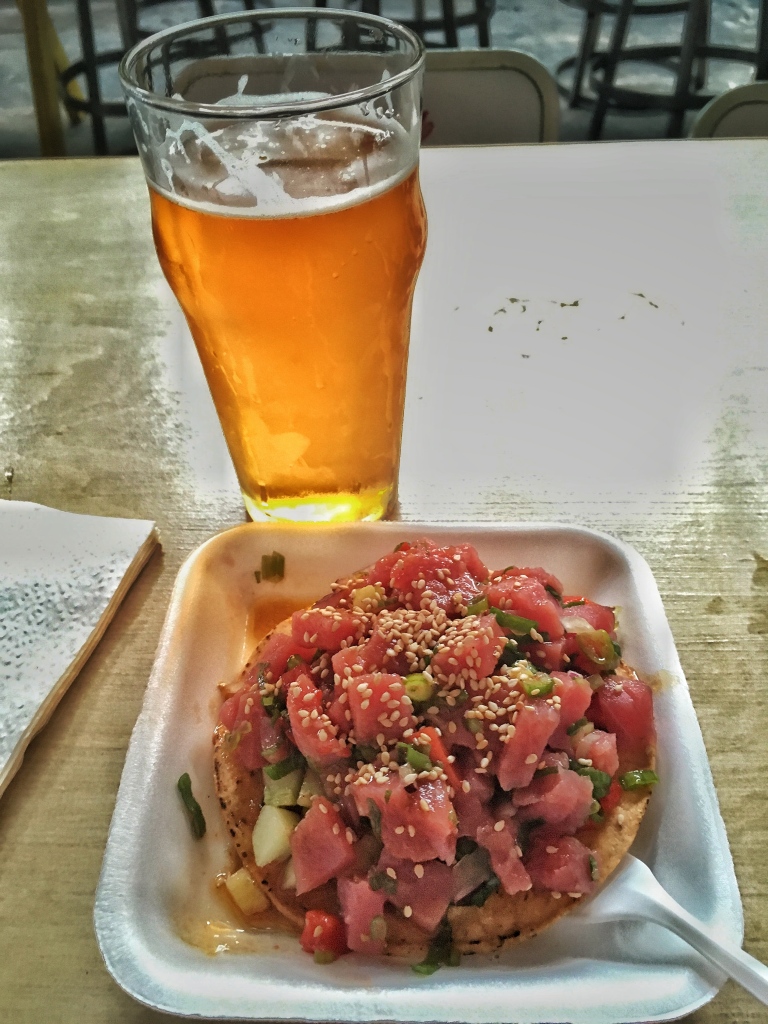 We hung out at Teléfonica for a while. Then Ubered back and both went to bed.

She just moved, but a second ago she looked so lovely. Like she was posing. She likes to pose when she sleeps.