Well… that was fast.

I finished the article I talked about yesterday. Woke up this morning and sent it.

The editor responded right away.

“Too busy right now, get back to me on Tuesday.”

So I’ll have to wait till Tuesday.

My roommate liked the story. But he said the same thing about a story that got rejected…

Mom liked the story. But she likes most of my stories.

We will have to just wait and see. If it gets rejected, it can easily be rescued for a shorter story. I think.

Point is. I did work!

I applied for a job that paid $400 a week. Then decided against following through. If the story gets accepted, I’ll get paid basically that. Of course, stories like this I do like once every two months. So I can’t really compare.

I got paid today. And it was less if I had worked that job for two weeks for $400.

Three small publications, some other work, and one photo gig. Sounds like a bunch of work, but I need to double or triple that…

I’m not sure if I’m doing things right. I never am.

This is not even what I wanted to word vomit about.

I wanted to show off!

But like my girlfriend said right away… “What do you get when this happens? Oh.. Buzzfeed will just steal your picture and give you no credit? Good job!”

Something along those lines.

She didn’t care much about me getting to the front page of Reddit.

It’s my third time on the front page with OC pictures! This time it was that monstrous burger by Dog Haus. 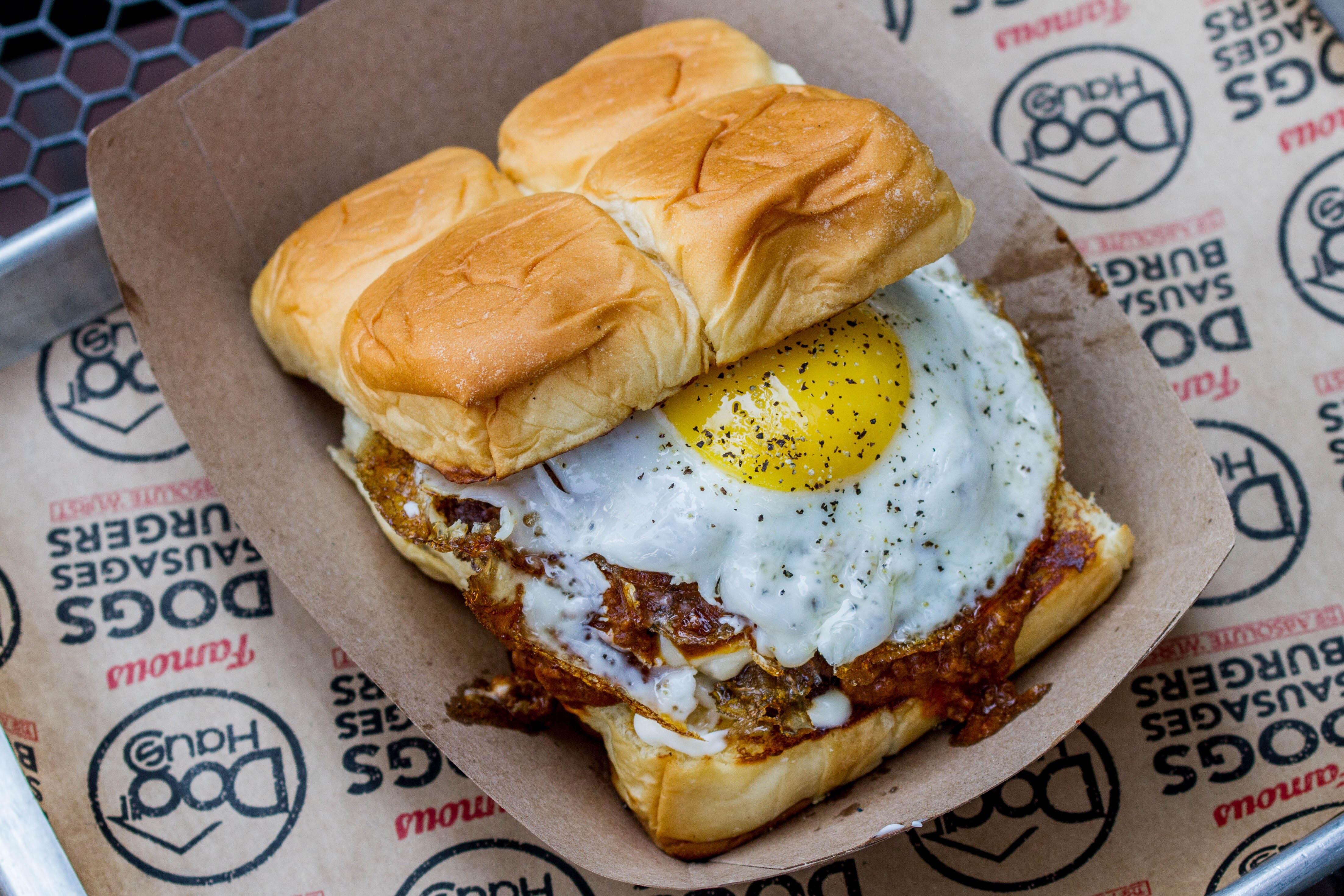 I’m still getting message notifications every few minutes that someone commented on it.

That’s a lot of people.

And for some people, that’s their everyday. Those who had over a million followers on Instagram or other media. They can take a selfie of them taking a shit and they will receive way more likes and whatever than actual effort.

And this weird world!

I posted the picture when I was done with the article at around 3 pm (well… I was doing the final edits. And reading the whole damn thing over and over).

After posting, I told my girlfriend I didn’t want to be in the apartment. I didn’t go out the day before, and I needed to get out just to be away from my “office.”

With not that many ideas in where to go, we ended up in Colectivo 9 again. And because I’ve been posting pictures of burgers… I was craving a burger.

Indie Burgers has a new experimental burger for 135 pesos (around $8). That’s a 50% more expensive than their usual burgers. And I wanted a simple burger from them that I know well.

But fuck it. I was feeling the new burger.

It was so fucking stupidly massive and greasy…

And the super greasy garlic fries. Girlfriend helped me eat more than half of those. I couldn’t move after the burger.

I downed the burger with a Swami’s by Pizza Port.

Girlfriend craved tacos. She got the chicharrón de octopus and the gobernador. And regretted it.

Neither of us could move after so much food.

While sitting there at the bar… watching the shitty NFL game of Texans vs Bengals, is when I started going towards the front page reaching over 1k upvotes first.

Girlfriend couldn’t care less… I texted my roommate that I was killing it on Reddit.

I posted the hangover burger on /r/PutAnEggOnIt the day before and it was very well received that they made it the banner picture of the subreddit!

Inspired by that, I posted in /r/FoodPorn with a nice description that I copied (and modified) from what the writer wrote in the magazine.

It got downvoted immediately.

Before leaving the house it was at +17. I thought it was going to hover below the 100 and die happily.

The Reddit gods had other plans for my shitpost.

TO THE FRONT PAGE!

When we made it home, it was tripled the previous score.

This was already front page… first time I receive this message by a bot.

from fp_stat_bot sent 14 hours ago

Congratulations! Your post made it to the front page. The first time we saw you on the front page your post was ranked 25 with 183 comments and 4496 up votes.

I was added to other Reddit groups as an approved submitter like the “PopularClub and EternityClub.” I don’t even know what either of those does or are…

I check the post every five to ten minutes while playing PES and my inbox had three or more messages each time.

The post already has over 100 comments… no one is going to read your shitty comment about how you don’t like mayo! Or how you had tried this burger before! Or commenting about how you could not eat it hungover…?! Or asking if that thing has beef? …. FUCK!

Seriously… the only person that ends up reading that… it’s me.

That dude commented when the post barely had upvotes. He was downvoted for saying that. I upvoted…

And now I crave that burger again… goddamn.

Woke up to this.

And it’s finally dying out. I’m still getting stupid messages (and I like them). RIP Inbox.

The thrill of being on the front page. That fix…

It wasn’t as powerful as the first time or second time. But there it is. The front page.

I want my fix…

I’ll have to wait and think of other clever posts. Or take awesome pictures. We will see what happens.

Girlfriend just emailed me that she wants to meet me over at Playas de Tijuana.

I’m sort of done for the day. I’m not sure what next story to write. I need to work more though…. Next week I have a bunch of photo missions.

Coffee and workout and breakfast will be done while in the living room.