It has been confirmed.

Chad is no longer Tijuana Chad.

His stint in this city has come to an end.

I’m sure he would still visit. But it will never be the same.

The Rumble Fest kids are all married.

But we all live with our girlfriends now.

The Amazing Chad lives with Brook.

And myself… I live with Karla.

A couple of years ago, we would just party all day and all night. Non-stop. And somehow it all disappeared. And somehow we are old. And with jobs.

David and Chad have jobs.

I am still living the freelance roller coaster. I’m okay for now. But the money I have is for Oaxaca and for next month’s rent. Then who knows what will happen!

Click the image or HERE to read the story by Joe Miravalle.

I hear drilling outside my door.

I heard smashing all morning.

The door that leads to the rooftop got destroyed. I am pretty sure they are installing a new one.

They used a bunch of images for this story! 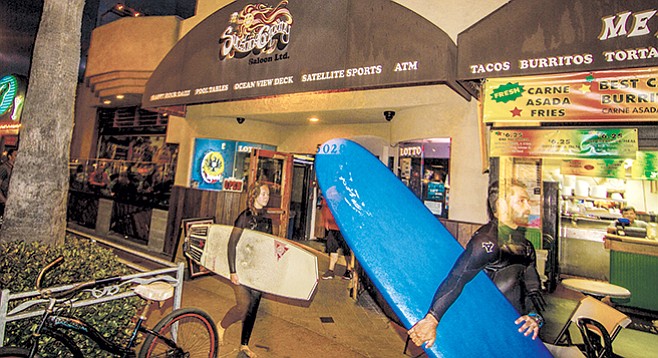 And this place which was the place of the cover. 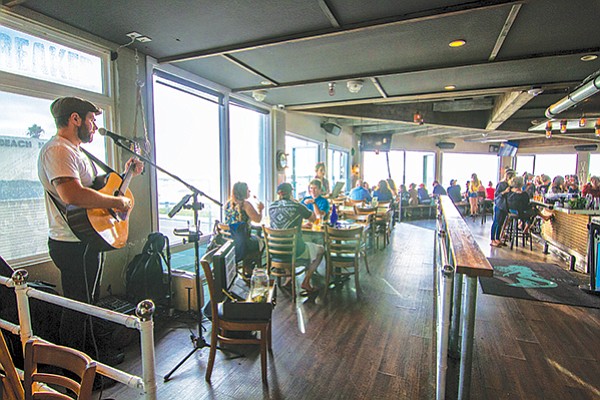 If I knew they wanted the picture here with the sunset, I would have done more pictures here. I basically just walked around three times and took quick pictures awkwardly and left. Didn’t even get a drink or anything.

And that got the cover!

I knew the dozens of shots I took by the pier were nothing. Or all the ones I took on the beach.

The ones I already posted.

Or this one. I’m using this one as my cell phone wallpaper shot. It’s nice. I’m still weirded out and happy that it is my shot.

More of what they needed. Places that were mentioned!

The guy in this picture ask me to see it and he was happy he did that. I wonder how he would feel to see it in the magazine. 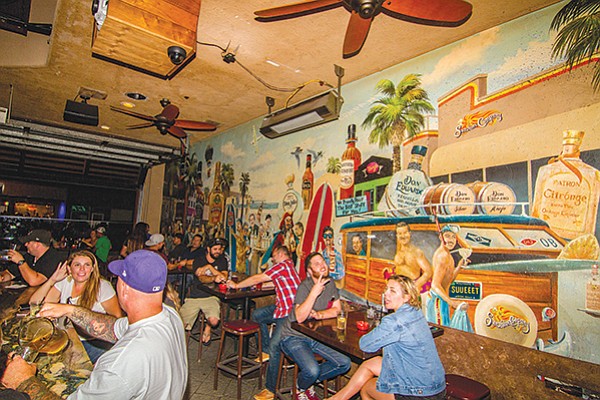 This dude saw me take a picture of the establishment and then walked away. 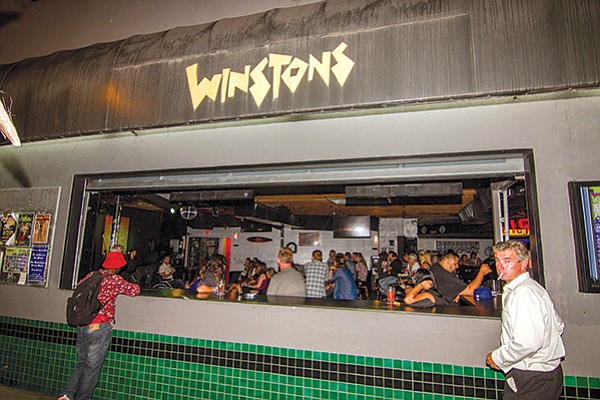 The manager of the place wasn’t there, so he sent a picture of his own. From 11 pictures, 9 are mine. Two were sent in (by my request) so I did most of it.

I barely charged for this job. I should have charged more… but at the same time, I’m not going to complain about this gig.

HAH! This is my arm on the picture… 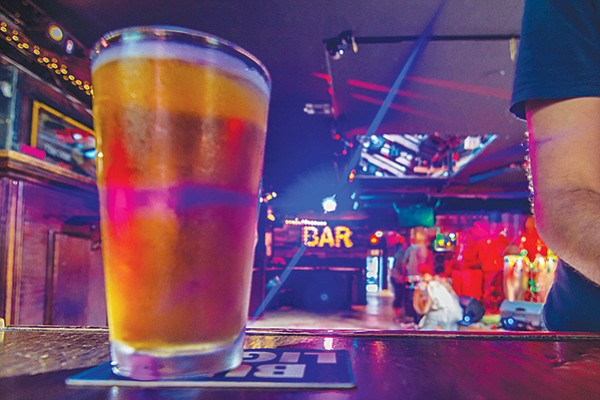 I didn’t really think they would use that one. I just took a generic long exposure of a beer with the word BAR in the background. The bartender here wasn’t very helpful at all.

This one I confused with another place. But they ended up using it. The place was packed! 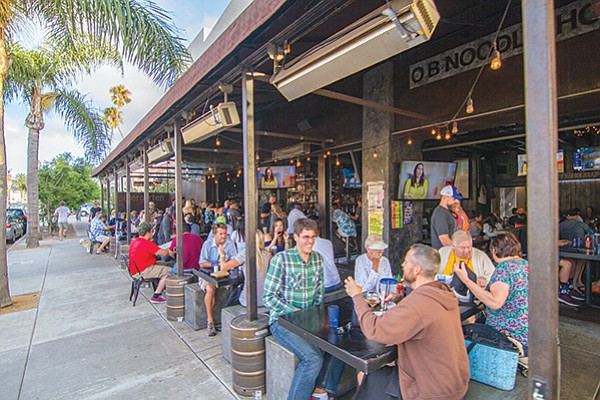 Hodad’s also had a huge line. Fuck that. 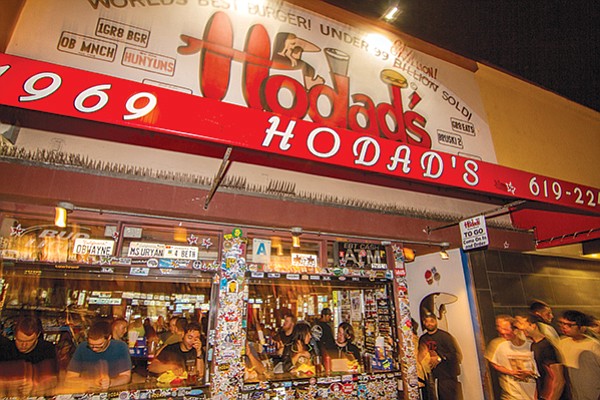 And this guy was playing guitar outside. He was mentioned in the story. I gave him a couple of dollars and took a bunch of shots. He was a real good guitarist and very chill about the pictures. 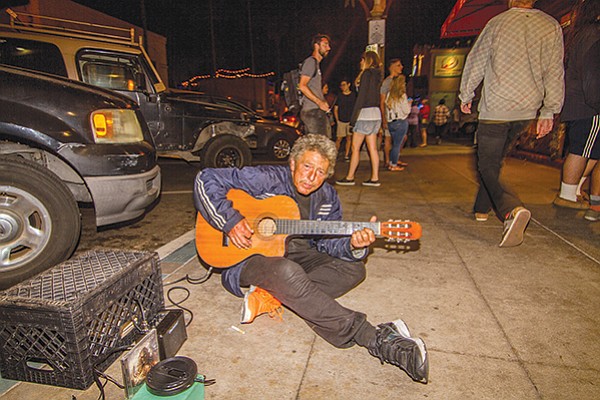 The digital edition is not out yet, which I prefer to see. Or the actual print.

Here’s the full album of that day at Ocean Beach.

I also like this pic. The old man fishing.

And this other pic.

And saturating the shit on this pic (on purpose) because I wanted the ocean to look blue and kind of like a painting.

What it looks like without putting the slider at 100%.

It was an okay day of walking around and taking pictures. First time doing the under the pier pictures and I was really happy I got to do that.

The writer was late, but he is a real cool guy. We met up. Drank a couple of beers and walked around to take pictures of the things he mentioned.

Just looked outside my door. There is a new black gate where the old wooden door used to be. Accessing the rooftop is harder now.

Which reminds me… I got to move out.

I’ve been living in this apartment the longest I have than any other apartment in my life.

And on the throwback picture from yesterday… I realized now that was a trip to a different beach. Not to the one I’m going in Oaxaca.

My memory can be shitty sometimes.

I have so many fond memories in this apartment. And most of them involve Chad. He is for sure moving out… Getting a new roommate while living with a girlfriend sounds dumb and next to impossible. Especially since my girlfriend likes to be super thoroughly clean.

So I’m left with two options.

Find a one bedroom apartment with my girlfriend to save some money on the $250-300 range. My rent will increase around $100-130

If I stay here, my rent increases $170 and there’s an empty room that I don’t want to rent out. That is Chad’s room. I don’t think it could ever be something else.

Leaving this apartment is going to be sad.

The other option is find something much bigger and nicer. A three bedroom apartment or house around $500-800.

AND NO. I couldn’t afford that. The idea would be to make it a really nice Airbnb.

A broker friend sent me this:

Looks real nice. The only problem with this one is that it’s a bit too far. And too pricey for how far it is.

The owner of the building I live told me she has another building and invited me to live over there. Negotiable prices. It might be worth checking out. Still in downtown Tijuana, even closer to the action. I don’t know if that’s preferable….

Apartment hunting is going to suck.

Moving out is going to suck.

Everything after Oaxaca is going to suck.

Yesterday. I finished the article I said I was going to finish it and sent it at 5 pm. Still waiting to hear back from the editor. It was less than 1,000 words. Today I have to work in one that should be around 1,500 words and I need to query stories.

Girlfriend met me at home and we went out for food and beers.

A new place inside Colectivo 9. The bartender in there is a partner of this place.

I gave it a 3.7 out of 5. That was a bit generous from my part. The fries were very meh that I should discount a couple of decimals. 3.3 is more accurate. That nacho cheese is just gross and they weren’t good.

The dog. The dog is good. Is not Humo good because Humo is great. But it is meaty. Very fucking meaty. The “parmesan” bread was nice but could use a bit more flavor. In general, it tasted like a meat lovers pizza folded in half.

Girlfriend had a taco from the place we love.

And we drank some beers. Then went to Norte and drank a couple more beers.

And went home around 8 pm.

Mexico was playing against Costa Rica. Barely paid attention to the game. Then we played Ultimate Marvel Vs Capcom 3. She has an obsession with that game now. We were both in bed before 10 pm.

I woke up at 4 am and couldn’t go back to bed until 6 am. I started thinking about moving out when I woke up and it started bugging me.

I should start my day.

I did drink tons of coffee. But not one single push-up. I should change that.