I woke up from strange dreams after a strange afternoon.

Not once, but twice.

The first one happened around 2 am. I was dreaming that I was vomiting.

I woke up and I was virtually vomiting. So I ran to the sink and spat out all the gross taste I had in my mouth and clean the fuck out of it. I still felt like I was going to vomit but didn’t.

Drank water and went back to bed.

Girlfriend, like always, left early to go to work. I woke up just to say good morning and went back to bed.

Then I had weird dreams that involved her and another girl I used to date like two years ago.

It was weird. Nothing exciting ever happened…

We were in my hometown in Querétaro. I think we were in the back of an Uber. For some reason, just us three. We were on a highway that was built near my old house when I was around 9 years-old. I remember playing there when it was getting built and there were no cars. And I remember saying that in my dream…

Then we encountered a house in the middle of the road. Like… in the actual middle of the road, blocking it. The Uber driver was confused and didn’t know where to go. We jumped out because I said I knew the area and the house.

We climbed through the back of the house. While we were climbing, the other girl made it first with our help, then she pulled my girlfriend up, and when doing this, she fell.

And it turns out the house was weird and not abandoned. And I was trying to make it back upstairs with my girlfriend, but the people in the house said that there was no way to get upstairs. That we had to climb through the back patio. And for some reason, the other girl jumped in the shower in this weird house. The house also had multiple giant bathrooms with odd showers…

That was about it…

That’s pretty much all I remember.

I don’t have time for word vomit this morning.

I have to go soon to grab the car, cross the border, and drive all the way to Del Mar. Then back to downtown. Then waste time. To then later drive east.

No time for a workout, maybe not even shower.

And time to head out soon.

The enchiladas were delicious. My only complaint was the type of tortilla used. But all of it was great.

I ate them whilst drinking a beer and then went back to work.

Transcripts got done. The painful part.

Then I did a bunch of research.

And… wrote absolutely nothing.

I think it felt like I did more than what I actually did….

I still have a mountain of work. But awesome. Taking care of one today. Then I have the rest of the week to take care of the other few that I actually have to do. And when I have time, finish the ones that don’t have a deadline.

No shower. Getting ready to leave.

Going back to yesterday. After enchiladas and work… my girlfriend invited our mutual friend, Yesenia.

They go crazy when they are together. Yesenia barely drinks, but with one drink she’s already wild. And my girlfriend… well she was going wild.

I heard them screaming and chatting for a long time while I was on my computer.

Then, my girlfriend started making fun of me. In not a cool way at all. At first, I shrugged it off. I was fine with it.

But that continued through the whole night.

Yesenia modeled for the shirts I was supposed to take pictures off. Here are a couple of shots.

Shirt by itself. I took pictures of all the shirts again.

And then, Yesenia modeling.

The black backdrop looks fantastic! It was my first time actually using it…

The white one also works fine. I just need to iron it some more.

But that black backdrop. It looks so nice… So… non-existent. So damn void…

So yeah. I’m happy with the result.

After the pictures, Gallos vs Tijuana was playing. And the girls were being girls.

And my girlfriend kept making fun of me. Worse and worse each time.

I told her to turn it down a notch.

Kept making fun of me in a really mean spirited way.

I got sick of it. I apologized to Yesenia and left them in the living room…

Yesenia left shortly there after and I felt embarrassed about what happened.

We were like that annoying couple that invites a friend over and then they fight in front of the poor thing.

I didn’t want to do that.

And yes. After our friend left. There was plenty of discussing and semi-fighting.

I woke up from the weird dreams to see a huge love message on the whiteboard.

A friend that I haven’t seen in many many years posted a throwback pic of me and her (and she posted other throwback pics she found).

This is the pic.

And… I still have that shirt. 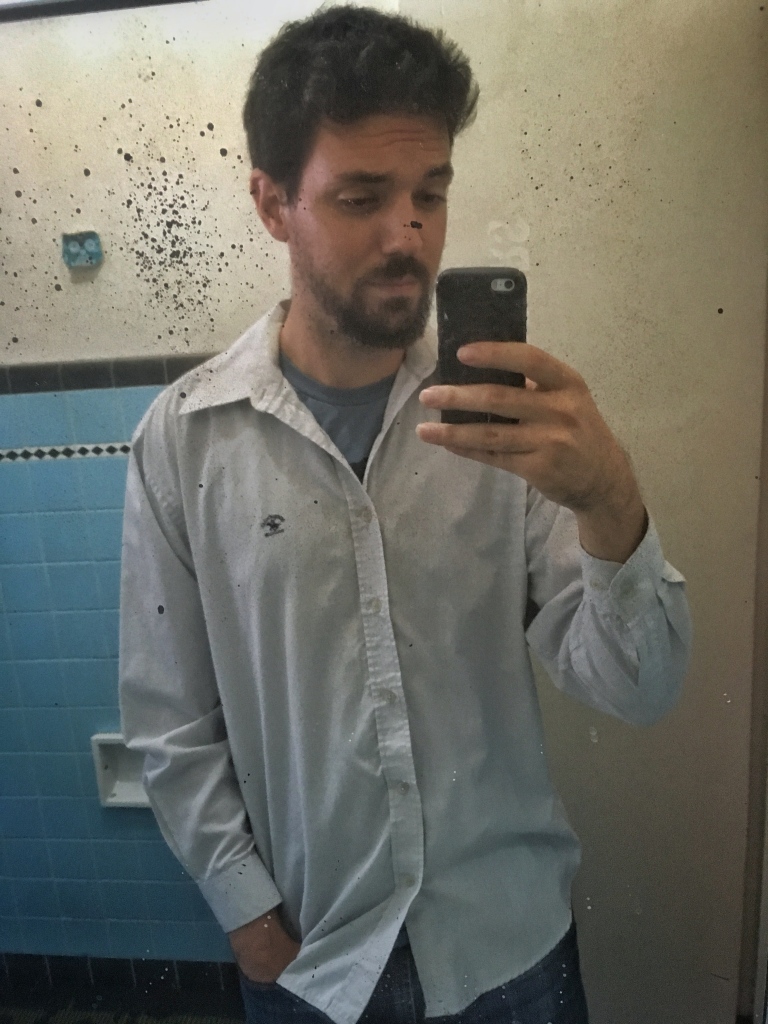 I never fucking wear it. Ever.

It fits better than it did before. I remember it was always big on me, but that’s how I liked it back then. More a decade later… I still fucking have the fucking shirt.

Since that picture was taken, I’ve probably worn that shirt a good 10 times in my life. Yet I still have it…..

Not sure what the point was… except you know… Time flies. And I keep the same fucking clothes…

Alright! Have to go take care of some business.