The eclipse is supposed to be going on right now.

I already looked at the sun twice and my eyes hurt.

So fuck doing it again.

If I’m blinded. You know why it was. Because I’m dumb.

David, the neighbor, just showered in the apartment one last time.

It is sad… He’ll come back to Tijuana, but he was a great neighbor to have. He did some great parties. He is a wonderful host. And an all around great character.

He is off to get his masters in El Paso, Texas. Or Ciudad Juárez. Both.

The eclipse is happening.

Staring at the computer screen hurts my eyes now.

It is cloudy. Clouds also eclipse the sun. That’s why it got a bit darker…

I’m going to try to photograph this bitch though I have a feeling it will just end up looking like nothing.

When I attached a light to the fan and did a long exposure. Just a ring of light around a circle.

I attached a light to a regular fan for some interesting light painting results. I rarely post multiple shots or squares ones, but couldn't decide which one I like best. . . . . . . #fan #lightpainting #longexposure #whoa #lights #colors #creative #dumbshit #slowshutter #Tijuana

The other ones look somewhat better.

Let’s see how the eclipse looks.

This is my new wallpaper on my phone.

It gets me excited to try and do more.

You know how this year I’ve been word vomiting almost daily?

Well, the idea is next year do one awesome photograph a day. Some shit like that.

Just try really hard to get an excellent shot.

And instead of writing 1,000 words +… just a short sentence. And move on with the day.

And the year after that, practice guitar for 4 hours a day or some shit like that.

And the year after that… go back to writing and word vomiting.

Way shittier compared to that .1% that has a great life.

Some of those fuckers end up killing themselves anyway.

You kill yourself when you are satisfied with life.

The work weekend was great and it was followed by an awesome Sunday.

We did both. BOWLING and BEISBOL!

We got to the bowling alley around 4:00 pm, we only played one game.

She was mad at her shitty bowling.

Though I think she did well. She somehow had more control of the ball and at the same time fucked it up even more.

She still just stands there and swings her arm until satisfied, instead of doing the walk like I tried to show her. But at least she was sending the bowl pretty straight… Except it was straight to the gutter.

If we played another game, she would have done better.

As for my 137. I was satisfied. I actually bowled how I wanted. No strikes, but I fell in control. Only two balls went way off. The rest did sort of what I wanted. How I bowl. Straight through the arrows to the right of the first pin. No curve. No much strength. Just a straight ball to where you are supposed to bowl.

The coupons she had were good for only “one visit” a day. So it was just one game at the discounted price of 50 pesos instead of the 95.

I wanted to play more. I could have played two or three, or even more games. But there was a decision to be made. More bowling. Or baseball.

We opted for baseball.

Got an Uber around 5 pm, and got to the packed stadium hoping to get tickets.

We got tickets for 100 pesos for the “standing zone.”

We walked around the stadium. Found my friend Tony Tee. Talked to him for a little bit. And then we found seats right behind the first base.

No one ever bothered us about the seats. More people that had “standing tickets” joined us in the empty seats in the vicinity.

We got several beers and watched the game as people danced, sang, walked around, and partied. Baseball in Tijuana is a circus that barely has to do with the sport.

It was a great baseball game.

Toros started losing by 2 runs, tied the game, then losing 2-3 to eventually win it 4-3.

There were two single home runs. One to our vicinity, the other on the other side of the park. The crowd erupting into cheers and fireworks make it interesting even if you have no idea what baseball is.

And I was trying to explain it to my girlfriend… But I don’t think she cared at all.

She filmed some videos.

And uhh.. After a home run.

Everyone in social media talking about the eclipse. And I’m one more of them.

Let’s take a look out my balcony and see how it goes.

Yep. The sun is still the sun and I am once again blinded.

And it is Monday. So a celebrity throwback Monday is in hand.

After baseball, we went back to downtown to Teorema/Lúdica. We were already pretty drunk and tired, but it was the goodbye party of David the Neighbor who is no longer my neighbor. Tijuana people were there. It was a fun small gathering and I would have liked to stay longer and chat with a lot of the people there. But we only had one beer and home.

The Gose by Teorema for me. The Juicy IPA by Lúdica for my girlfriend.

I remember getting to bed and being SLEEP TIME NOW.

I was really tired.

It was a great Sunday.

I got to plug in my hard-drive.

It is close to the prime time of the eclipse and the sun is just bright as fuck still and I see no coverage.

I’m hungry and I want eggs for breakfast and there is none in the fridge.

And took pics of the eclipse with my iPhone. It sort of looks like this. Was that it?

David, the neighbor, came to say goodbye. Is sad to see him go. Many neighbors have come and gone, David will be missed.

And who knows. Maybe sometime soon it will be my time to leave this building.

My cousin is moving from his tiny Seattle apartment to a 3 bdrm condo that looks real nice. Seattle life would be a great life.

I asked David if he had a request. He said, Joseph Gordon-Levitt. I never saw him. From what I know, he is not nice to paparazzi (or fans). Like many celebrity kids, they get weird. Except for Elijah Wood. I met him and he was one of the nicest guys ever.

So instead of Joseph Gordon-Levitt… Here’s Zooey Deschanel!

She was never cool.

Time to edit some pics.

Here are some saved screen caps. 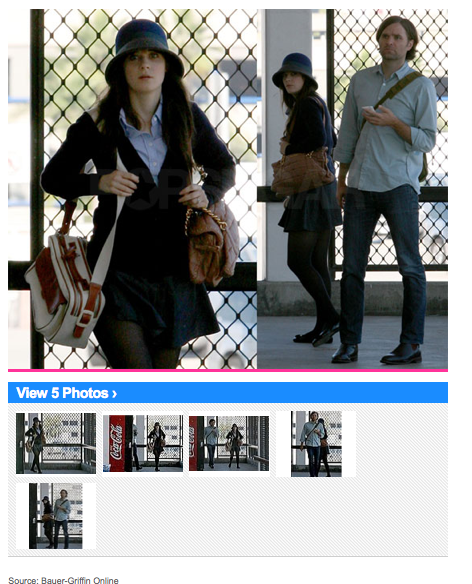 This is the car she used to have.

This was like 8 years ago, so I’m pretty sure she doesn’t drive a Prius with Seattle plates anymore…

I have four folders for Zooey and three for her sister Emily.

Sadly, I don’t have the above folder where she is in the United bridge. That’s the one I remember the most. Because I didn’t have her on my list or anything. I was just driving into the airport, and I saw her on the red light next to me…

I followed them to the parking lot, ran in front of them on the bridge, waited, took some pictures, and then they turned around and fucking disappear!!!

So there’s only like a few pictures of her looking at me, and then gone.

Here is what I do have. From the four folders, the most recent one from 2010 is complete shit. She was snuck in and all the pics are garbage.

From the other three… man… it was really early in my career and I wasn’t a great shooter.

June 7, 2008. I had been officially at the job for less than a month. I remember this as one of my earliest pics. I even had it on my Deviant Art when I had an account on that… 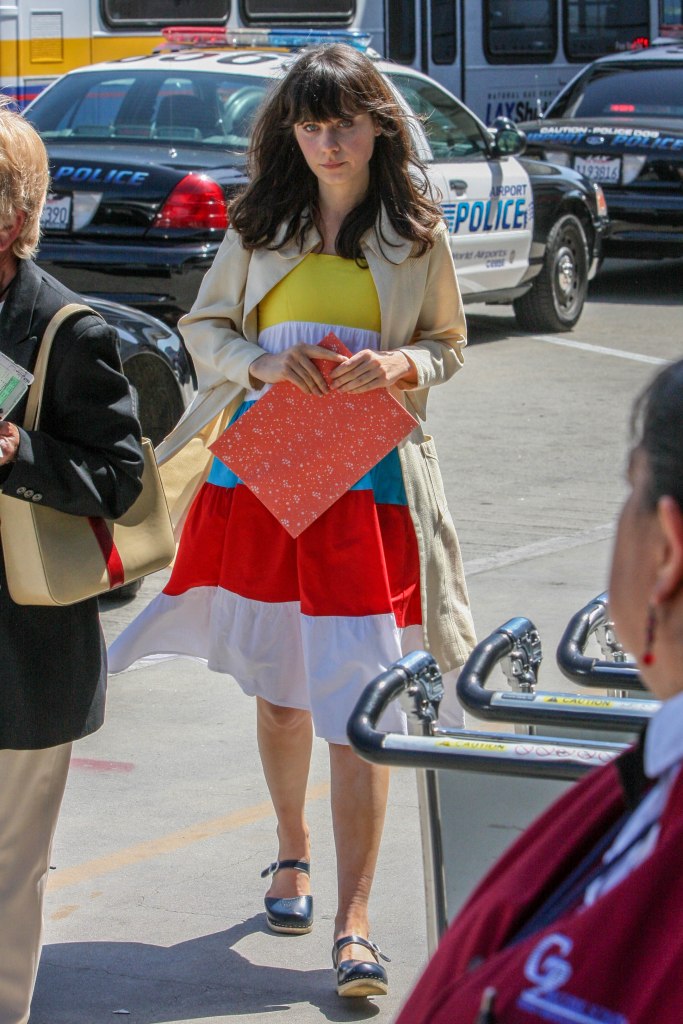 Yep. Not a great shooter.

More of an okay shot. 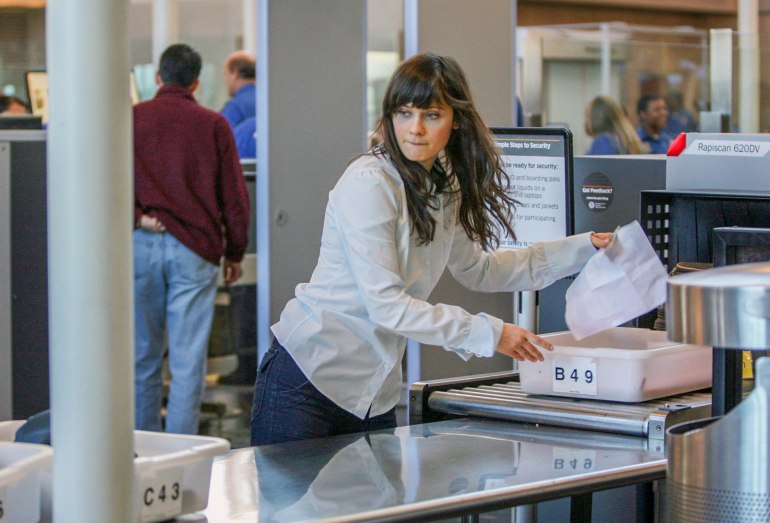 There wasn’t much to it…

I sort of remember that day, but not really.

There is a flash picture after this. She hid. I wasn’t a great shooter even then…

Here she is looking all scurred.

I think that one got published somewhere. But for the most part, she did stuff like this.

She did it with the hat as well, but it didn’t work.

It would have been so much better if she was nice, then I would mutually be nice, and it would be a painless thing. But oh well.

That was Zooey Deschanel!

No Joseph Gordon-Levitt. I feel like I saw him once, but couldn’t take his picture… He is a sneaky fuck.

Time to get this work week started!

Photographs have been taken care of for the most part. I have to write three articles. And I have all the time in the week. Better get to it and not procrastinate…. but you know me.

Then do the writing.

And eat burgers and write about that as well… oh yeah!

Not that much money… but at least I’ll survive more days as a border crosser.