I’m in a good mood despite being almost broke.

It’s because I’m finally being productive. On Monday I did one thing that perhaps will make me some money… and not much.

On Tuesday I did another thing that could have made good money but got rejected so I didn’t make any money….

At least I crossed the border and paid rent and I’m not horribly broke. My roommate that doesn’t live here owes me some rent money because it’s the agreement and that will help me recover this week a lot.

Yesterday I was productive.

And it was a good day.

I wish I could show the pictures I took, but it will have to wait until the magazine runs the article.

I crossed the border a tad late, but I made it to my brother’s workplace right on time. I borrowed his car and did him a small favor of stopping by the Reader office to drop off some shirts.

Like always, the car had absolutely no gas. I only had a $20 and the pump didn’t read my debit card, so I put $20 in his tank and drove to El Cajon.

Great place in the middle of nothing San Diego. I told the owner I was going to be a tad late and he was chill. At first, he didn’t really seem into what I was doing, but then he warmed up to me and the pictures and we started playing around with the burgers and fries to get great pictures.

I took 150 pictures at his establishment….

So yep. I sent my editor 66 pictures of burgers so perhaps one can be the cover?

I think there are a few that are cover material.

Last years cover was ridiculous. But it was a great picture by Andy.

David, the neighbor, is here to shower once more. He moves out soon. Sad.

He is a great neighbor to have.

I just showed off some of the burger pictures to him. He says they look good. And he is a foodie guy. So I trust him.

I don’t want to cross the border today.

I took care of more burger places than I thought yesterday and it went smoothly. Today I only had two places, and it’s not worth crossing the border just for two places. I’ll take care of one on Saturday since I agreed with the manager then. The other never replied so I still have to figure it out. And there is a long list to choose from and many aren’t that far. I already took care of the far ones.

This post needs a picture. And I don’t have a picture that I can show because the cover is going to be in a few weeks. So here’s Andy’s picture of last year. Here are the pictures of last year burger fest.

Ultimately, that’s what the pictures are for. The Burgers & Beer Festival by the Reader. Last year, I went with my friend Paola. This year, apparently, I’m going with my girlfriend’s friend Paola who will be visiting.

This year, I’m also in charge of managing the stage.

This year, the cover is going to be mine.

David just left the shower. He looked like a kid at a water park with the damp towel around his neck, shirtless with just shorts.

This year, I’m not writing about burger places. I’m going to ask my editor, but I’m probably out from special issues. Which is sad. I need the extra cash… Taking pictures just doesn’t cover it. It has to be both.

After taking pictures of what is most likely going to be the next cover, I headed out to Brody’s Burger and Bar. The place is far from San Diego in the neighborhood of Jamul. That’s where my roommate grew up. Apparently, Brody’s is by his family house.

Nice quiet place with nice old folk in there.

I called ahead of time and told him about the burger. Sure thing. Dude was nice and was excited.

I took pictures in the very dim place. I got by the window and opened the curtain. It was barely good enough. But good enough.

When done, the owner grabbed the burger and started eating it. And then gave the other half to a guy who was a regular.

The regular came up to me, patted me on the shoulder, and said: “thanks for taking pictures, I got half of that burger.”

The owner offered me a beer. I told him IPA. It was a goddamn great IPA. Fuck. I forgot where from. But it was crisp and refreshing. Fuck. I loved that IPA and I told myself I was going to remember it. I even told my girlfriend she would love that beer.

Then the owner asked me to take pictures of another burger he was serving. It’s not the one I needed, but fuck it. More pictures.

After beer and chats, I headed out to Waypoint Public in North Park since I still had plenty of time.

I called them ahead of time and they told me to come over and take pictures.

I showed up and started talking to the guy who I talked on the phone and then I heard “Matthew Suárez?”

Who is this lady and her husband?

It turned out to be the writer of the burger that I was supposed to take pictures of. She had just got the burger and was about to eat it when I showed up.

The only sad turn is that I didn’t get a free burger. I might have not gotten one anyway.

Then I had a beer with them. And we chatted. About the magazine. About my tours. About everything in general. It was fun times. And it’s always a good thing to meet someone who I technically “work with” but never really get to see.

I was done earlier than I thought and I needed to go back to my brother to give him his car.

I parked nearby his work at the Karl Strauss Brewery. There I had the Midway IPA. It was not a good IPA. It wasn’t bad, but it was sweet, almost like a soda IPA. Not my thing. I rather go back to their Aurora Hoppyalis or their Tower 10.

I drank a beer and read the new issue where I had nothing to do with the magazine for the first time in a long time. It was a great issue about Border Angels and leaving water behind. 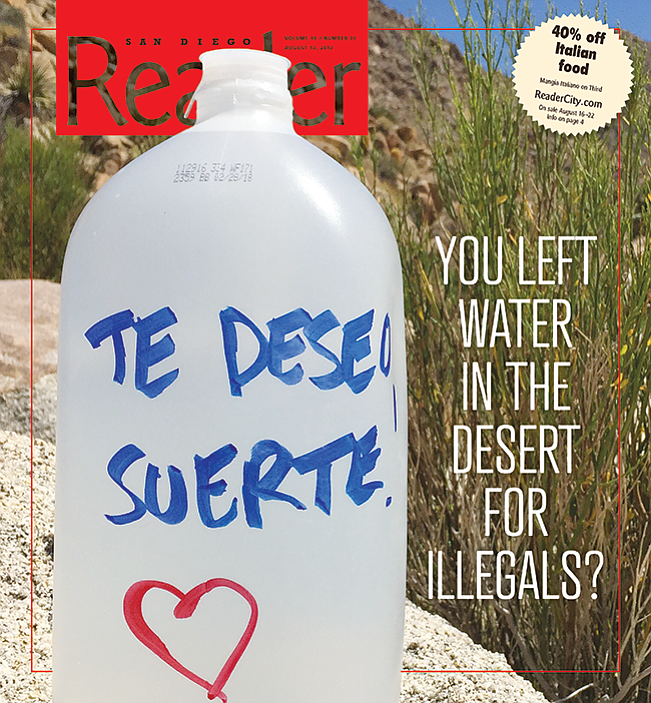 Came home with burgers and fries leftovers. My girlfriend was still out having fun with her friends from work. Then she came home. I edited pictures whilst drinking the last beer before bed. Then we had a great night.

Today. Fuck crossing. I’ll hit up burger places as I go. I have time. I can do one every once in a while. I just need a few more and I’ll be done. And I wonder if I can sneak in and do some text because I need the cash.

The brewer from Mamut contacted me that he is releasing a new double IPA with Neipa hops. He wants pictures to go with the release. I’m bringing my growler and camera and getting to work for beer. Working with brewers = pay me with beer. That’s the agreement. And it works.

I’ll do that today. Perhaps do some interviews of the people I haven’t before that. Point is. I’m going to work.

Also. I have to do some product photography perhaps today, or maybe tomorrow early.

And then I have to work all weekend.

Saturday in Hillcrest with a stop in downtown to take pictures of burgers. And there is a show of a great band late that Saturday night… it would be wild to go, but also, probably not happening.