Fucker called me at 1:30 am to let me know he was coming from Ensenada.

I was way asleep. I told him at around 4 am I’ll be up because my girlfriend gets up at that hour and I can let him in.

I spent the morning between being awake and barely sleeping thinking that Lightworks was going to show up. And when I finally was getting into deep sleep, I heard him whistle outside my window.

They fell asleep on the beach.

The new fucker got his shoes stolen. He went down to the beach with Davy Baby and a bottle of tequila. They passed out. When they came to their senses, the bottle of tequila was gone and so were this fucker’s shoes.

They dropped their crap in my living room and now they are hunting for tacos and for new shoes for the fucker who got robbed.

I told them to go to “sobre ruedas” or a “tianguis” in normal Mexico. Tent city. Just a few blocks away from my house hundreds of tents set up on the street and sell tons of shit.

It’s interesting. Sometimes you can find nice shit. Old video games. Old cameras. Maybe some clothes. I got my coffee grinder there a long time ago. 50 pesos. It still works and it’s great.

And it’s cold out.

I got published yesterday like I said I would. Editor likes my stuff. That’s good.

I also applied for more jobs. Getting a part time or more photography gigs while still doing this would do me good. Or doing more tours. Haven’t done any of those in a long time.

It’s about the new border. 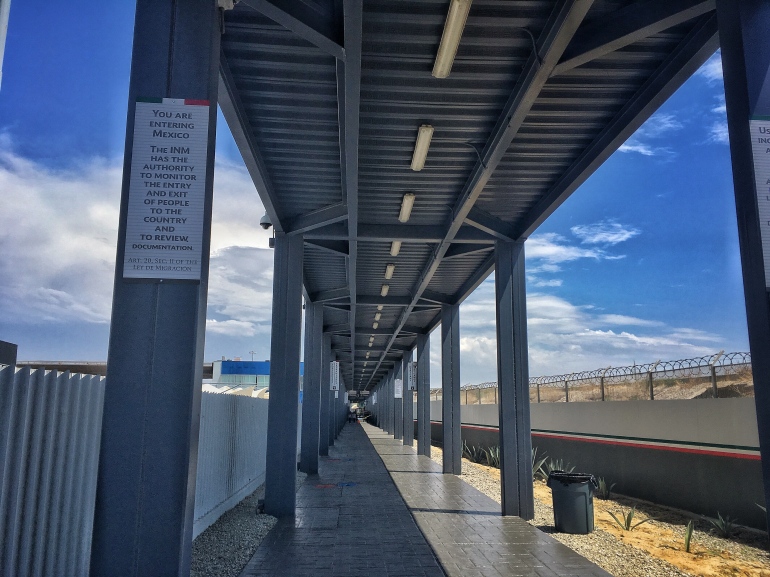 The first part feels like a prison. The second part feels a bit like six flags. As if you were walking under the structure of the roller coaster.

Good thing for the border. More entries are always welcome. Especially when eastern San Ysidro backs up on the weekends.

And it’s nice and clean.

And the exit is also nice and clean. 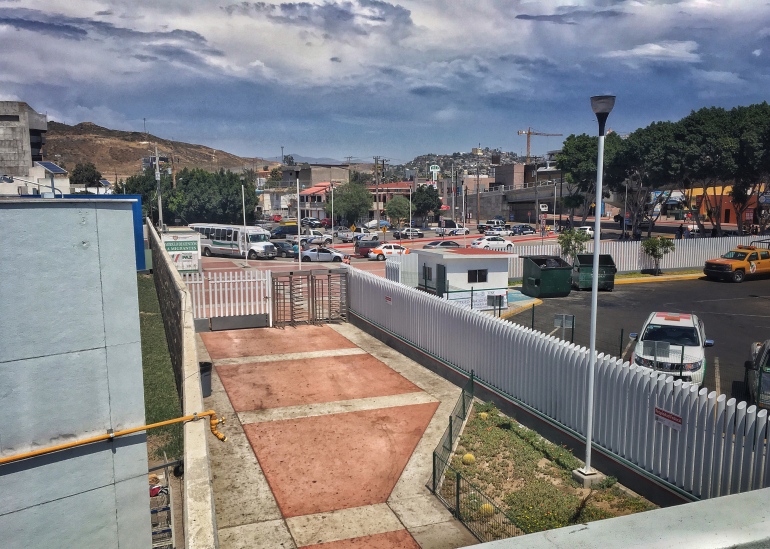 No more “TAXI! MY FRIEND TAXI! TAXI I TAKE YOU!”

You walk into Tijuana and there is no pressure from people yelling at you to get in a taxi. It’s nicer. You can just call an Uber.

They gave me the next photo mission. The burger cover. I have an idea of what picture I want to take. I have 3 more weeks to deliver the job, so I have time. Unlike the FEAST pictures, I’ll take care of this before the deadline. I don’t want to be running around and shit.

Also. I have shit to do in San Diego. Interview some people. So I should take care of the job way before it’s due.

The other job never hit me back.

I’ll email them again this week to see what is up.

It is a great dream job.

Just talked to Zigtebra. They are in a cafe in San Diego finishing stuff up and then they’ll be here!

Today is going to be a huge party.

It’s so early still. So a nap would be nice at some point. Let’s see what happens. I’m excited.

I should have accepted that Shrimp Enchilado that Lightworks told me he was going to buy me. I am hoping he is smart enough to grab one to go and bring it over here.

But I said no. So probably no.

I see the guys getting in their car from my balcony.

So they are back.

Time to hang out with them.

And soon to hang out with Zigtebra as well.

It will be a magnificent day of Tijuana Adventure to end with a show.

Yesterday. Yesterday was good. Besides getting published and getting paid, I went out with my girlfriend and had a jolly ole’ time.

We went to the new Teléfonica… but bounced because they didn’t have oysters and she wasn’t going to eat anywhere unless they had fucking oysters.

We had no choice.

We went to that shitty buchón place that she loves for oysters.

Oh! wait. I think they just bought the shoes for the poor fool that got robbed and now they are going to get the enchilados. Fucker better bring me one.

Edit… he didn’t bring me one.

After oysters and beer from the buchón place, we went got more beer.

We haven’t been to Plaza Fiesta in a very long time. Things have changed. Not necessarily for the better. It’s just different.

Paralelo 28 did change for the better. It’s bigger. More comfortable. And it still has great beer.

We tried Tres Fuegos which seems to have an amazing kitchen. It also had great beer.

And that was plenty of beer for the both of us.

Plaza Fiesta seems to be trending towards shitty bars with shitty beer and stupidly loud music.

They are showering and settling in and crap. And they already had breakfast.

And the kids fell asleep in the living room. 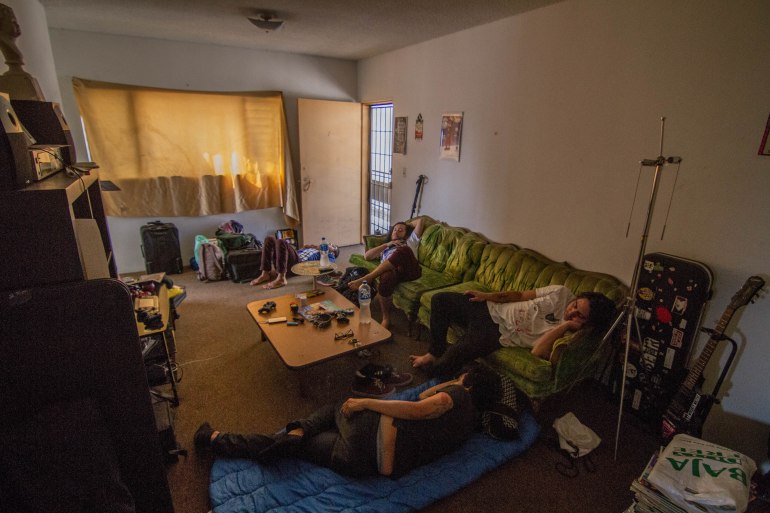 They had a horrible time at the border yesterday. Making immigration wouldn’t let them in because of Texas plates and they got sent back. Then they simply went through Otay border and no one stopped them. Stupid border.

And after that, they didn’t have a great show in Ensenada. Fell asleep on the beach. Got their tequila and shoes stolen.

They deserve this nap.

And Saturday is on! Or Saturnight?