I didn’t drink that much yesterday…

Okay… okay. Maybe I did.

It was Tap Tuesday and it started early. After finishing the word vomit, the article, emails, working out, and other work. I went out to do some more work with my camera.

Right away bumped into friends. The singer of San Pedro el Cortez with his girlfriend in pajamas going out to lunch.

Paparazzi instincts came in for fun.

I took some pictures.

Wide angle is not the most flattering.

I got some burritos for breakfast (though it was late!). I’ve been eating breakfast real late…

And I crossed the border to check out the new border.

So I took pictures with my cellphone because for some reason they don’t care about that and it’s more sneaky. iPhone is quality enough anyway.

Here’s one pic of what the new border looks like. It was completely empty.

It even smelled like new. It will be great for tours with two open pedestrian borders.

I should have gone in as a Gringo and not Mexican just to see what happens….

Maybe I’ll do that later. Or just ask my Gringo roommate…

After crossing back to Mexico, the idea was to get a yellow taxi back to downtown and interview the driver. Yep. I went to the US just to come back right away.

Cops were there. Yellow taxis were gone. I would usually walk or Uber. But I took one of the only allowed taxis in the area.

Right away the price was $5.

But alright. I’ll pay it. Though it wasn’t necessary at all.

Learned a bit more, but not really what I needed or what I wanted.

I have to work on that story today. And not type it in my blog.

Send it later today. If accepted, then published tomorrow.

Speaking of being published… I didn’t get the cover this time, but all the inside photos. I wonder how it looks in print.

I wasn’t clear to take pictures of militarized parts. The best I saw was the paintball yard which looked like so much fun. And it’s a military housing story, so what I got that day was nothing cover worthy. This is the cover. 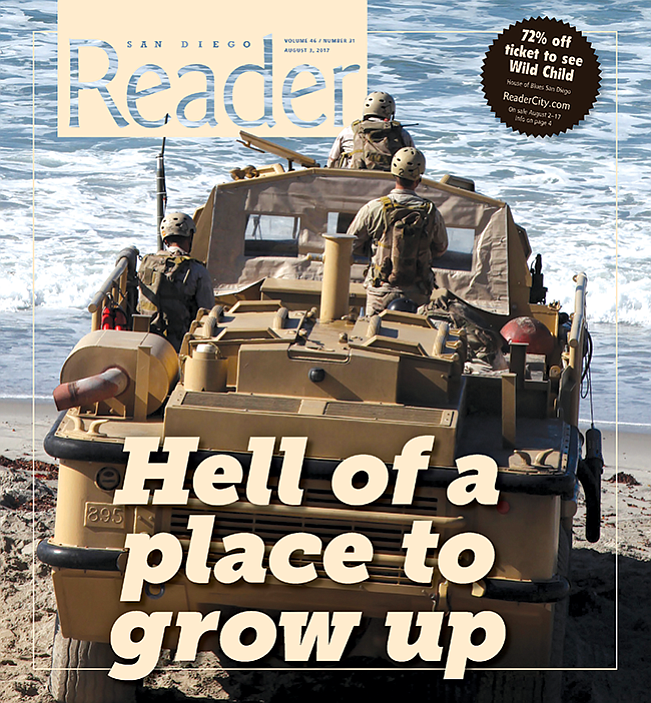 Go check out the story to see my pictures. They used seven total!

And I like I said before, they aren’t the most exciting pictures.

I feel much better now than how I was in the morning. Yesterday we drank a few craft beers and went out and about. Paid the water bill. Then more shrimp tacos from that place we love now (and some oysters and more beer). Then we came home in time for Jeopardy. On our way, I bumped into other friends and paparazzied them as well. I mean… I CARRIED the fucking camera, of course, I’m going to take pictures.

Agueda was quick enough to block me.

And I also took a couple of landscape pictures. Maybe one of these will make it to my Instagram…

And that was basically it. I want to shoot more still. I think next year instead of word vomit daily, it will be a great picture daily. Something different. I’m kind of getting bored with the same scenarios. Traveling photographer would be my best gig….

Speaking of gigs. I made round two to a job as a food photographer/critic. I don’t want to jinx myself on this one, so I won’t say much. But it would be a perfect gig that I would love to have…

On top of that, a writer from Travel Magazine hit me up via email to talk about Tijuana Adventure tours. He wrote a great snippet about Tijuana Adventure and will be published soon. I need to fix and decide on that website and tours soon. His little snippet is very precise and to the point though, so I’m liking what he wrote about me, though he never toured with me.

My girlfriend fell asleep basically after Jeopardy. It was teen Jeopardy and sort of easy. Teen Jeopardy for the next two weeks!

And then I had four glasses of that bourbon I just got.

This one. Dirty shoes and socks in background by accident.

My friend from Kentucky likes it better than my usual Maker’s Mark. I liked it a lot. It’s an easier drink. It doesn’t have the painful bite that Maker’s has. After it waters down from the ice, it’s a real easy drink.

Maker’s doesn’t do that.

Though Maker’s I can barely finish three glasses before I’m out.

I drank four while playing Diablo 3 and some TV watching before passing out. That’s what politicians in movies drink for breakfast….

And I need to workout way more. Yep. Around 100 push-ups and 150+ sit-ups is not enough. I should do some running. And maybe weights…

Well… I’m happy with push-ups and sit-ups for now.

I should get some bitters, or some mint. An old fashioned or mint julep sounds good to me for later tonight.

The Bulleit is probably perfect for mint juleps.

Alright. This post needs a featured picture. I need to go get breakfast. And I feel like working outside for a bit…

I need a Macbook or a newer iPad.

Six days till my girlfriend’s birthday. I’m not going to talk about it because I have that much time to do nice things for her. And she reads this. She is horrible with surprises. So I’m not going to say anything about it. But I also have that work to do.

And this weekend is going to be crazy…