It’s 13 minutes before midnight. I just finished an edit of 417 photos drop down to 135, and edit the fuck out all of those.

Holy shit. I can’t wait till I can share some pics.

It has to wait.

The day after my girlfriend’s birthday.

She sleeps right now. She was watching me edit. But fell asleep.

I could have waited until Friday. Or maybe tomorrow.

But then instead of editing 417, I would have to edit probably double that.

So fuck that shit.

I edit the same day.

Because that’s the only way to do it.

And because I’m somewhat addicted to it.

Tons of awesome pictures of food.

Some nice shapes and colors.

But pictures will have to wait.

They are exporting now.

It’s going to take another 7 minutes.

(By then, it will be midnight).

What a day I had.

And I’m tired as fuck but don’t I want to sleep.

Though tomorrow I need to wake up early. Cross the border. Get on the trolley. Borrow the car. And go to more restaurants.

I only have one place scheduled. The other I’ll have to wing it.

Hopefully, the editor will be happy.

I’m good at this shit.

I typed all of that on my phone. You can’t touch the iMac while it’s exporting. Everything crashes. Now I’m back on the iMac. It took a while for it to wake up. Pics are uploading. It should be done by 12:10 am.

And I should go to bed.

After I finish this Far Out IPA by Bootlegger’s Brewery. It’s pretty damn good. It’s juicy, almost sweet. Like an IPA mixed with sweet pineapple. But in a good way. Like a piney apple. If you get what I mean?

I recommend it. Drinking it straight from the can. No idea how it pours. Nose is funky but nice. The label is super stupid 70s hippie and okay. I expected something really bad from the name and label, but it’s really damn good. I bought four beers and opened this one because I thought it was going to be the worst of them all…

And yes. I’m writing past midnight because I feel like it and because I won’t have time to word vomit tomorrow.

Reviewing. And drooling. Everything looks scrumptious.

I can’t wait for this cover.

Or somewhat today’s, because print and delivery is on Wednesday but for some reason, Thursday is the official label day that “the magazine came out.” This didn’t only happen with the Reader. It also was the norm for all the tabloids that featured all my pics.

Here are a couple more shots that didn’t run:

And this one looks like an American Apparel ad.

This one as well.

This one actually did get print on the inside of the magazine. 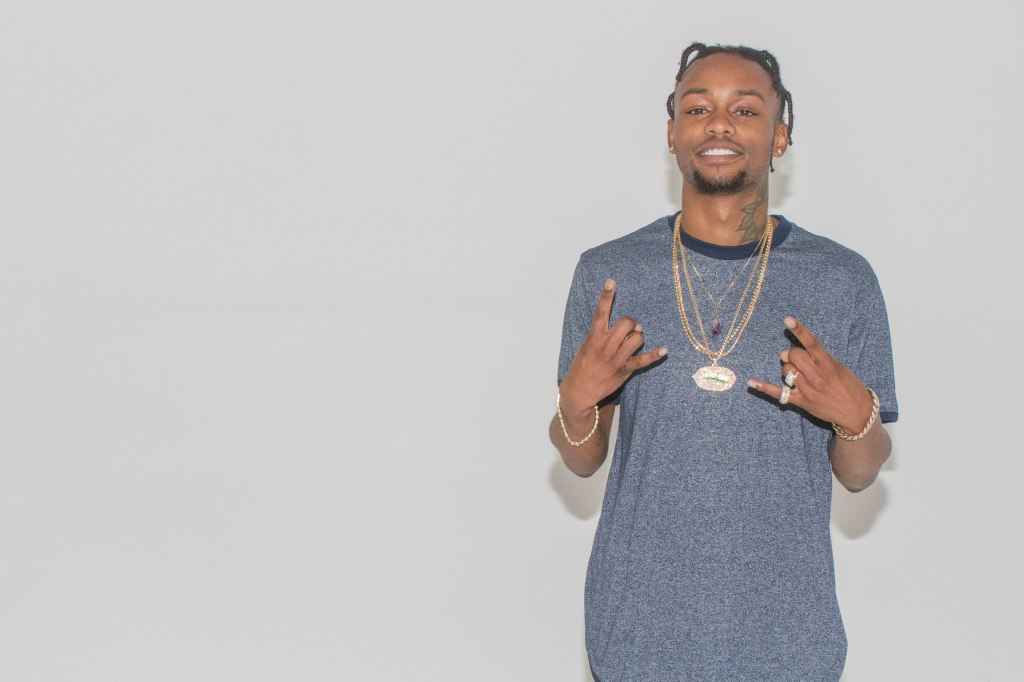 Wednesdays and Thursdays were “sort through magazines at the stand and buy the ones that have my picture” days. Now they are pick-up the Reader day.

Yep. Every Wednesday and Thursday I would find the time to go at a magazine stand and flip through them to see if my picture was there.

I started doing that because I didn’t trust my bosses at the time (and I was right). But then it just became a thing to do. And when they were nice prints, I would buy them. After I saw a lot of them every week and knew I was spending $ for a stupid magazine, I stopped buying and I started just taking pictures with my cell phone.

That Droid 2 is still in my closet.

Now a smartphone is a necessity.

I lost data halfway through the day. Around 5 pm. When I needed it the most.

That wasn’t the only bad thing that went on through the day.

Crossing the border driving my brother’s car was painless. But my sister in law was delayed for more than an hour. I was at the San Ysidro mall just waiting. Catching fucking pokémon.

I was going to be late for the first appointment, so fuck it, late I was. I took my time and stop by the office. Grab my check. Deliver a poster that my brother made for an event for them. Chat a little bit. And shoot some hoops with Dave (in a super tiny little net by the bathroom). We both shot the same. 2/10. Two out of ten. We both sucked. Draw.

Then everything smooth except it was hot as balls.

The next restaurant moved their appointment to an hour and a half later than established.

Improvise. Go to next restaurant that wasn’t planned until the next day, but fuck it.

Talk to the manager.

Put everything in a box because not hungry at all.

Next restaurant. Talk to the manager.

I want to eat all.

And one more restaurant.

Alright. Talk to the manager. Order the food the writer talked about and sent some bad pics.

And I had a shot of espresso. Probably the only reason I’m still awake now…

Not hungry at all.

This one looks way too good to not box it and take it to go.

I was right. I tried some at home. It’s so fucking good.

I sort of want to eat more now, but so tired.

I have tons of leftover fancy food.

AND AFTER the last nice restaurant. Back to the car with one more box of food.

BUT I COULDN’T FUCKING OPEN THE DOOR.

Apparently, I grabbed the old keys. The only key did not unlock the door (only the trunk). And the automatic keychain button thing wasn’t working. No matter how hard I pressed.

And believed me. I pressed hard.

And I was out of data.

After suffering traffic hell (though it didn’t matter because I was taking pictures of delicious food).

And it suddenly felt like it was all lost.

I called my brother.

He told me to keep pressing.

For over 10 minutes of pressing LOCK UNLOCK constantly.

I opened the trunk, got in, and tried kicking the back seats open so I can crawl through the trunk.

Until finally. It did.

The car smelled so nice…

A spice I’ve never met in my life before.

Went to pick up my brother and my sister-in-law and my baby niece.

But my brother has been insanely cool about me using his car that he didn’t mind. I gave him tons of the food that I got from the gig.

A ton of chicken.

The rest was for my girlfriend (and for me). Also, the nicer plates were tinier. I still shared a lot. And threw some of that roasted broccoli with CHERMOULA.

My brother and his wife still had to do grocery shopping.

I came home until after 9 pm.

And now past midnight.

This basically saves me 2 hours of my morning.

Instead of caffeinated. I am just three beers in and tired as fuck.

Did I just find my new way to word vomit?!

Should I reverse roles and continue the rest of the year of my word vomit at night!?

Got to go soon.

At least the word vomit is done.