I’ve been frustrated over nothing which has been resulting in really weird dreams.

I’ve been having really weird dreams thus I have been frustrated over nothing.

But I woke up several times at night feeling out of place, moved from bed to couch, from couch to bed, back and forth. And then woke up early around 7 am thinking it was already noon to discover it was super early. And I tried to sleep for another hour to wake up at around 8:30 am to again feel out of place and like shit is weird.

It’s all the self-doubt. I expressed my concerns yesterday with my girlfriend. Like we are not going anywhere anymore. Like I’m not getting anything done. We have all these plans to do so much stuff. But then it’s nothing. We don’t move forward. We just get old.

August is going to be a busy month. It’s her birthday on the 8th. Two friends from out of town are coming because they are on tour. Lightworks and Zigtebra (so five people total). Playing shows back to back at Mous Tache.

And I need to work and figure out more work.

The rejection still hurts. And I insisted on it last week and just a while ago the editor replied that he hasn’t had time to look at it. And that they won’t need my help on an upcoming special issue where I usually help.

Yesterday was all emailing editors and figuring out stuff. Today I should finish a story. Tomorrow I have a photo shoot. Next week I have to take tons of pictures of food. And work on a long story that’s been on my mind far too long. And it’s related to this heat.

This heat is unusual. I sweat so much over nothing.

I already did my morning routine.

Coffee, coffee, coffee, workout, shower. But instead of word vomiting and doing all of that. I just got distracted with the internet.

Doing over 150 sit-ups and 100 push-ups. That’s pretty good, right? But I still have a beer belly. Trying to get rid of that.

It’s already past noon. Girlfriend will be home soon. And I’m barely starting to work.

I worked while she napped yesterday. And by work, I mean I got distracted online and talked to my friend Bryan. Talking to single friends is weird. It’s like I’m missing a certain part in life that I was so used to. And at the same time, they are missing a part of life that they never had.

I changed the photography prices again to be more expensive. And posted shitty portfolios. I need to make them look way nicer. But right now, that’s all I got. I need a short portfolio with my 20 best pictures and that’s it. And make it look SUPERB.

So if you go on the Photographer tab, you’ll notice the bottom has past photography posted in somewhat of an order. Long exposures I’ve taken are over here. My cover photos with the Reader are over here. There are three more tabs that I added that I haven’t made portfolios for (food and drink, street photography, and paparazzo). That will come later. And more tabs since I’m selling myself as a versatile photographer that can cover anything (and well, I basically can, more gear would be nice).

My new cover is out.

And there will be another cover yet again next week.

We went out to eat yesterday. And people watching made me hate life. I ate at the Colectivo 9 place that has awesome tacos, and she just grabbed pieces of my tacos while we shared beers.

Goose Island’s farmhouse is good but is still a farmhouse, which is sort of gross.

And then a Swami by Pizza Port. Refreshing IPA.

In front of us, there were two Gringos on a double date with two Mexican chicks. They all looked younger than 22. One couple seemed to be the extra one, while the other two were all over each other just wanting to get a room. It was awesomely awkward and lame. And it made me miss my youth.

Then we went to Norte Brewing because of tap Tuesday and great beers.

My frustration over nothing continued here despite the delicious beers.

And then, another young couple sat next to us and started taking pics with a Nikon DSLR and a kit lens.

I couldn’t help myself to eavesdrop. The girl wanted a picture where it didn’t seem like she noticed her picture was being taken, also wanted the arch in the background, while the beer and her on the foreground… COMPLETELY FUCKING BACKLIT or sideways lit in a horrible fashion. The shadows on her face look horrendous. The light wasn’t hitting as it should. And it was near magic hour. What a waste.

I could tell that the dude didn’t know what he was doing at all. I mean, at first, he tried shooting without even turning it on. And every time he grabbed the camera, he put the strap around his neck. Are you going to fumble the fucking camera while taking a couple of pictures?! It’s silly that it bothers me how people strap their cameras around their neck.

It was the girl’s camera. She also had no fucking idea what she was doing. Maybe she is taking photography classes. But still.

I got frustrated over nothing.

I wonder how shit the pictures came out. How do they edit? What were they trying to achieve?

I tried to help and I shouldn’t have. I told the dude, it’s better if you flash it (and hit the flash button). The girl gave me a look of “how dare you, you fucking idiot?” And put the flash down for the dude. Shooting on P. Fuck her. The dude seemed way more chill. Fuck that chick. I was just trying to help with her shitty pictures.

Told you I was getting frustrated over nothing.

Then, I saw them taking pictures with their iPhones (it seemed like an SE and a 6). Those already have great cameras and do a better job than what they were trying to do with the Nikon DSLR. Still. I kept looking, and she didn’t even do the focus right on the phone.

I carried this frustration and hate with me.

Though the girlfriend was having an okay time. I was just full of hate in the inside. Just fucking hating everything.

After Norte, we went to get pizza because she’s been craving Pizza Al Volo for days. She craves that pizza all the time.

She was tipsy and wasn’t ordering right. My frustrated ass full of hate came to the rescue and clarify what she was ordering.

Came home with the pizza.

I was still angry at shitty photographers around the world. Snapped an iPhone SE photo. It does magic when the light is right. Edited it for a brief second on Snapseed while walking. Threw that on IG with hashtags full of hate.

Hah. Copy/pasta the hashtags and it links you automatically.

Everyone can be a shitty photographer.

After that, we saw our neighbor Mr. Hiriart. It was his birthday. Happy birthday, neighbor!

So much venting and I’m still full of hate.

Oh yeah. Now that the cover is out, I can share all the pictures.

Photos.Google doesn’t do a nice album like Imgur, but it doesn’t fuck up the order and it looks nice. Here are other pics that were on the inside of the magazine. 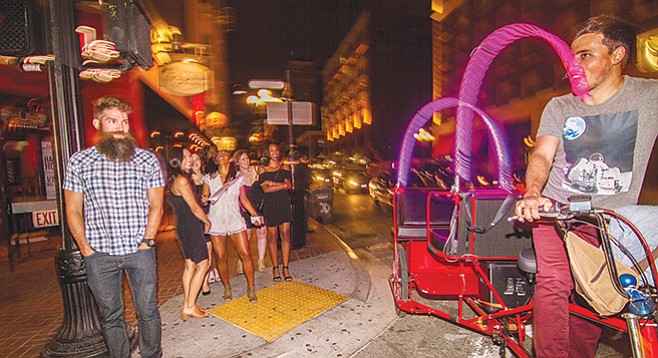 That’s the inside spread, so it should be a huge print. 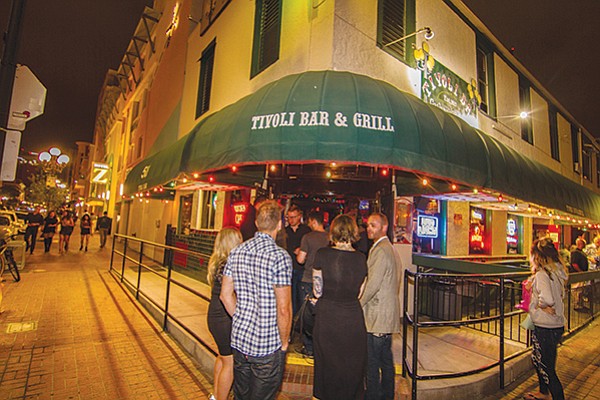 That’s with the office people, the writer, and the IG boyfriend that came to hang out and take pics. I’m so happy they were there. 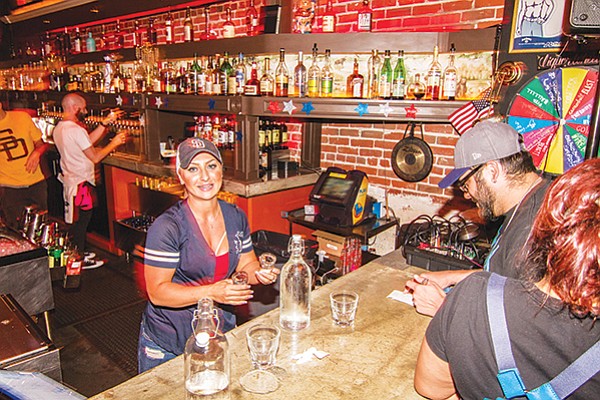 The bartender mentioned in the story at Werewolf. 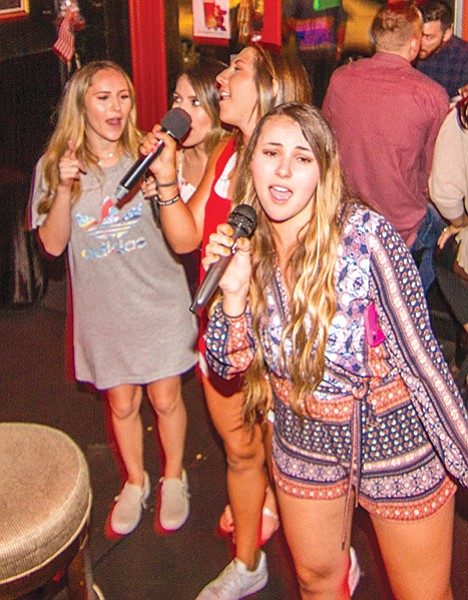 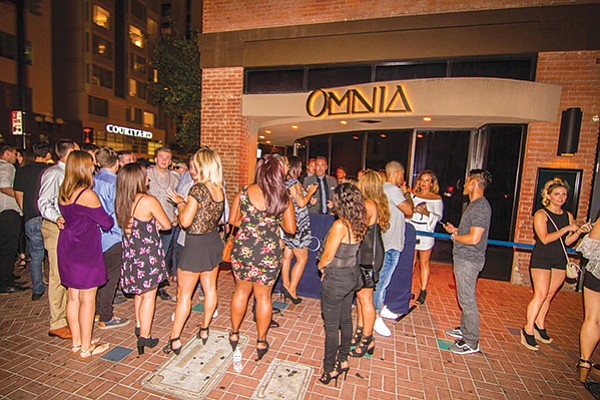 Outside a club that I have 0 interest in ever being inside. But because I googled search it a couple of times (to know where the fuck it was) I keep getting bombarded with sponsored posts by them. Fuck you Omnia. I have NO fucking interest in clubbing.

I mean. Unless you pay me. 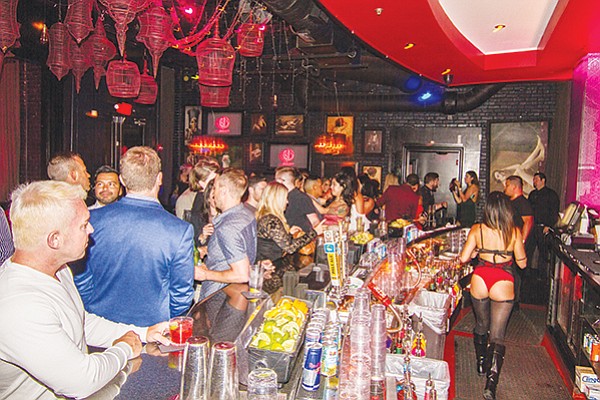 And finally. This picture of Side Bar.

Still heavily frustrated over nothing. This life thing is dumb.

Time to try to get some work done.