My girlfriend started spamming everyone she has on Facebook messenger yesterday while we were out and about. I have no idea why she was doing it and told her to stop.

She sent a picture of the sushi she had that I posted on the Tijuana Adventure page. This one:

Her reasoning: She hasn’t talked to a lot of her friends in a while and spamming that picture is easier than explaining what she’s up too.

That makes no sense.

So her phone has been blowing up with messages from everyone around the world wondering how she is and what she is doing.

I think she’s more excited about the Tijuana Adventure outlet than myself. Or excited by the prospect of it. I think she likes me way too much. I mean… she tells me all the time.

I don’t think I’m that great. She thinks I am like the best…

And I somehow have the same issue about her.

A friend hit me up yesterday and said “I can’t wait to meet your girlfriend. I hope she is as great as you make her sound on your blog.”

But I mean. She’s great for me. And I’m great for her (I think). So who knows? Maybe we are still blinded by shit. We are still two strangers figuring out what we are doing together and what the fuck life is.

Maybe we are still blinded by shit. We are still two strangers figuring out what we are doing together and what the fuck life is.

And more than anything. We enjoy eating great food and drinking expensive beer.

Nothing serious. I don’t know why I get nervous. Just letting me know some upcoming stuff.

Roommate came home a couple hours ago. He has a bunch of work to do. I do as well. I don’t feel like doing it.

And it’s throwback Monday. I have no idea who to post.

But I wouldn’t be able to leave my girlfriend for long by herself while I’m out vacationing having fun.

Yep. I feel the itch to travel. And to travel with her.

I’ve spent all morning reading shit on Reddit and Wikipedia.

Ask me about Water Monitors. I just read that whole entry.

I hope Jeopardy asks me about it. I’m still addicted to that app.

It’s tough to choose a celebrity.

I thought it was going to be easy… but no!

There are still so many I haven’t posted.

And many aren’t relevant right now.

I mean… I just found out I have pictures of Munky! The guitarist from Korn. Not the one that turned Christian. The other dude.

Oh god. Now I’m reading the Wikipedias of Korn and each of their single members…

I’m listening to Munky’s other band (Fear and The Nervous System).

I think 20 years ago, people would have dug it.

Do I dare do it?! Save Me From Myself by Head, the dude that went Christian.

It’s actually the darkest one. Christian Nü Metal is … not that bad. Oh. I hear it now. “God, save me from myself. I’m begging you.”

This is a strange world.

He definitely has the most interesting Wikipedia of them all. Who knew Korn was this interesting…

Wow. The new Korn is horrendous.

Ask me anything about Korn.

And who is John Hawkes?!

Ohh! The dude from Eastbound and Down.

Leona Lewis, who I called the lioness. I followed her a lot for a week when she first arrived in Los Angeles.

Michelle Trachtenberg, who my brother called the dolphin chick. He liked to follow her a lot. He probably has tons of albums with pics of her… I mean… If he is saving all the paparazzi shit we shot.

I already read a lot about Korn. Munky is the least interesting one. I have a feeling I shot other members, but just did a quick search for Jonathan Davis and he didn’t appear.

I also remember shooting Hanson. I don’t know why that random memory popped in my head. But I did. I should post Hanson.

I do not remember this shoot.

Then. Playing a Jeopardy round.

Then some more coffee.

Then going to edit.

Going to waste my blog’s space to host them.

Greeting a fan outside.

Trust me. I wasn’t at LAX for him. That day I also shot the Lohan brothers (yes. Lindsay Lohan’s brothers). I think I was at that time there for them. Because Lohan was always on the news.

Emily Deschanel and David Boreanaz. They are both from Bones, right?

I only took more pictures.

Because he had to go through that stupid x-ray machine.

And those things were pretty new back in 2011.

That if people had to do the airplane or put their hands up, the magazines would buy it. 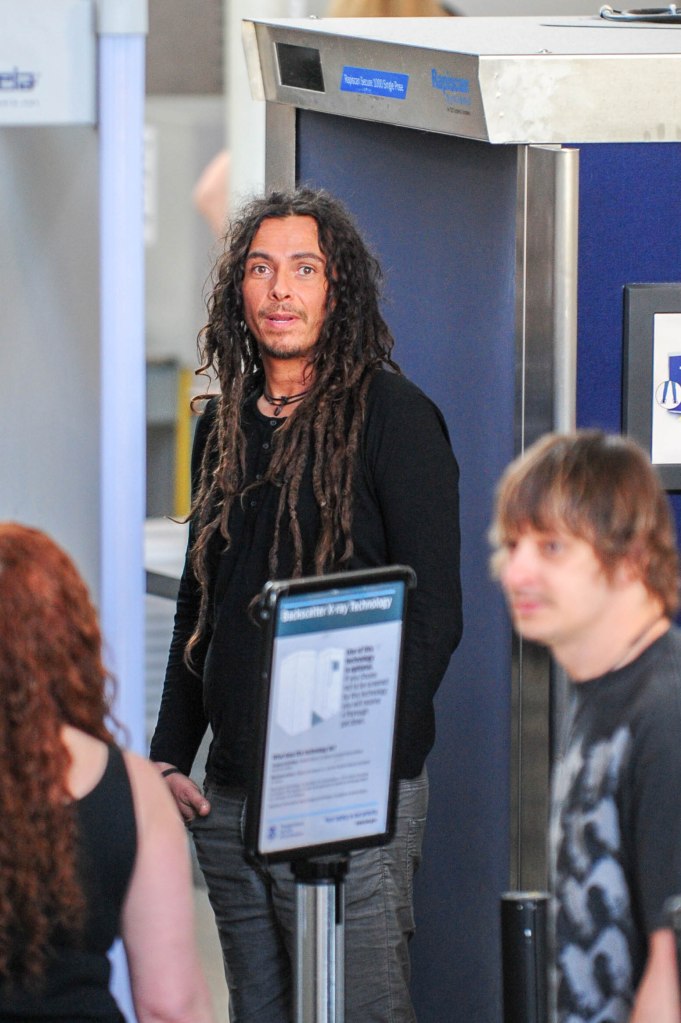 This shit. This shit would have sold if he looked at me like he did in the previous pictures, but doing the bunny ears and looking at me. Even celebrities that aren’t much of a celebrity had a chance to sell.

Oh. And I think the drummer was on the shoot but I didn’t recognize him. It’s the other drummer that is not the drummer that I remember from my childhood. That’s why I had no idea it was him.

Oh. The stupid shit I used to shoot.

I miss it in a way. It’s still fun to take pictures. Let’s hope more and more people pay me to do so. Though I don’t want to do weddings. Wildlife would be the dream. Sports would be okay. Photojournalistic stuff is my best. Product photography is super easy and I would like to get better at it. Lightpainting will never pay. Long exposures there is tons of competition.

In general. There’s shit tons of competition in photography.

Coffee. Push-ups. Pretending to do work.