My friend Carlos, aka Benny Blanco, was one of the first guys I ever hung out in Tijuana. We used to hang out at his coffee shop all day. He has never been a fan of the US, but he finally got a VISA for the first time. And despite living in the border town his whole life, it took him until the age of 38 to finally get his papers.

It was really fun times.

And I want to make an article about it.

So instead of wasting my words in unpaid things, I should probably open google.docs and send it to an actual editor to see what happens.

However. Here’s a pic:

Didn’t take my camera, so iPhone picture. I was going to bring my camera with, but then decided fuck it. I have already taken way too many pics this week and I have more photo missions in proximity.

I’m getting great ideas for the story. I think it will be a fantastic story.

But before that. I have other work to do. Special issue.

Speaking of that. I already requested the pay, though I’m only 30% done with it. It’s easy-peasy though. So I have to work on that before I start working other shit.

That’s what I will do.

Seriously. The pile-up is on my whiteboard is starting to look massive. And sadly, there are only two photography missions and they are not easy missions. I should finish a bunch of the writing stuff this week. And concentrate on the photo missions next week (especially the weekend).

Here’s a quick rundown of what my San Diego adventure with Carlos.

He wanted to eat before crossing the border. But I starved that fucker and tell him to wait. We will eat in ‘Muricuh. Ideally, I would have taken him all the way to Luigi’s Pizzeria. But we had to do In N’ Out. Just because it’s a fucking classic, and also because I was craving it.

Double-double animal style combo for both. Goddamn, that’s a lot of food. I said no pickles. They put fucking pickles. Oh well. It was delicious, but it didn’t sit well with my stomach… 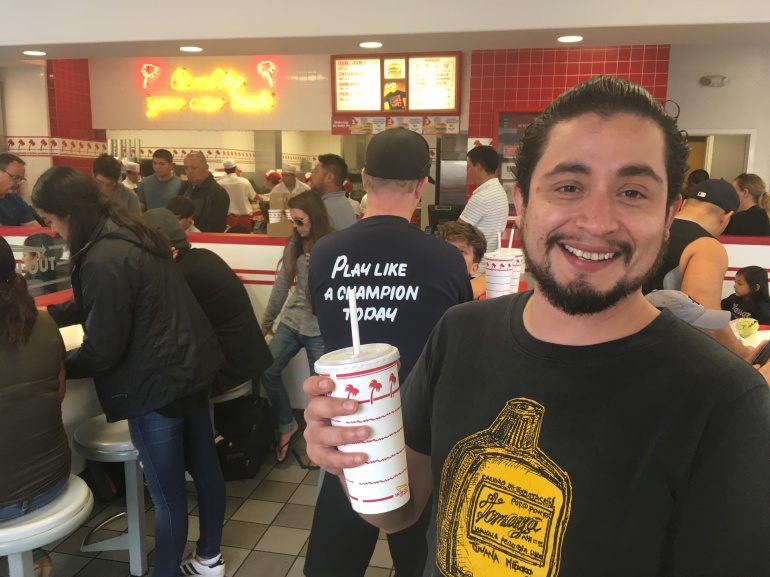 My business cards arrived at my friend Brozo’s place. He video called me half naked yesterday morning to tell me about it. Also. New mousepad! Check it out. It’s pretty sweet. 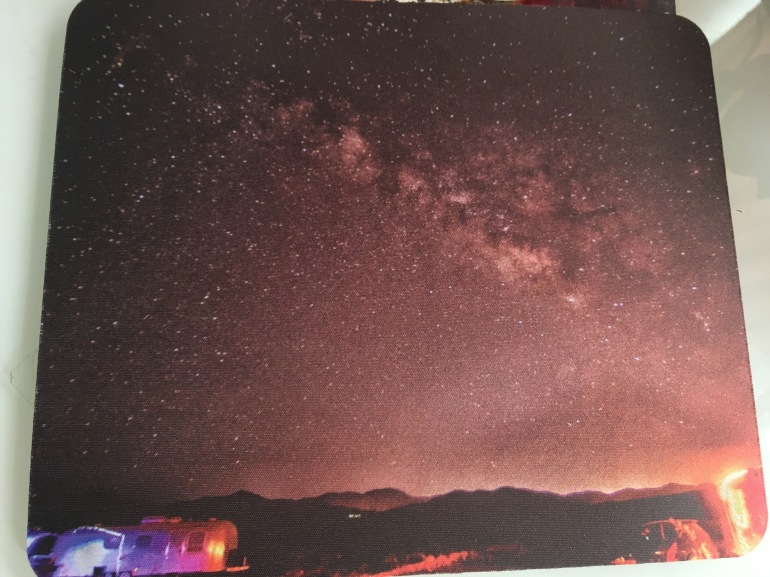 Also, business cards look pretty slick! I dropped some water on one of them by accident and they don’t get wet! Yeah. That amazes me. So what? 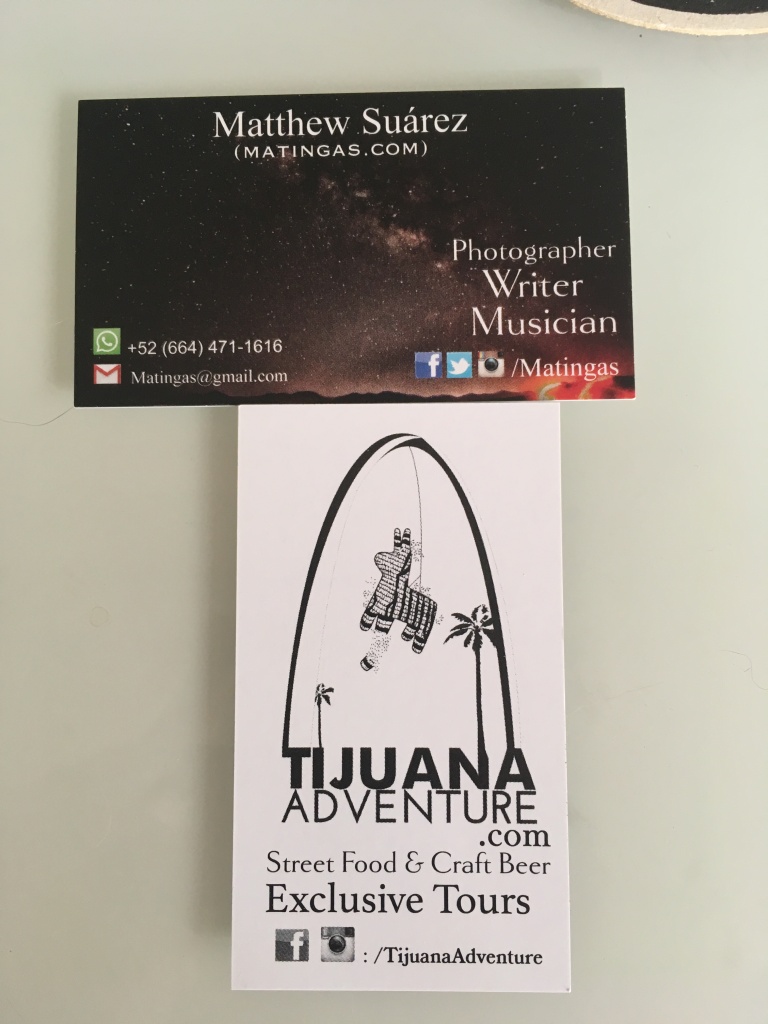 We hung out with Brozo for a while. Carlos was surprised how nice and chill Brozo was and said that his apartment looked like mine.

Brozo lives a few blocks away from Monkey Paw, and since we didn’t have a car, we went there for some great beers.

Walked some more in the direction of downtown. Gloomy day. But we headed to the next bar. Chee-Chee Club as suggested by the roommate. There was no one there. Carlos felt at home like in Tijuana.

I seriously should be narrating all of that in an article for $$$ not for free on my stupid blog.

From Chee-Chee Club we walked more into downtown with the intention of going to Star Bar, but my phone ran out of data… and I forgot where it was. So instead we walked by Horton Plaza and the new park thingy on the front.

The mall was already closed. Couldn’t even go to the bathroom (which I needed). I always get lost in that fucking parking lot as well…

And… since we were already in the area. Fuck it. Gaslamp.

It was pretty lively for a Monday night. But Gaslamp is still meh.

So I went to my go-to place in there, The Tipsy Crow.

Got some beers and played the PacMan table and I got owned. Mostly because my fucking joystick didn’t fucking work!

Found some shitty bar cafe that had some arcades but no decorations or anything… It had Street Fighter II. So fuck it. I said let’s check it out.

Place was a bit weird though.

No blaming the joystick here… Carlos is real good at the arcade and I suck with the joystick because I’m a console man. There’s no way he could have beaten me that easy (or at all) if I had a controller.

The clock was getting close to 11 pm, so it was time to head back.

Crossed the border back, one more beer at Nelson to conclude the trip, and that was Carlos’ first time in ‘Muricuh.

I should really work now.

And you know… write the story that I just did but with a nice narrative, more details, and quotes. Oh. And a lot of Carlos’ background which I know well.

It was a real fun day. And I want to go back with him and have some more fun… but San Diego is fucking expensive.

And also… I abandoned my girlfriend the whole day.

The thing that pisses her off the most is not having a VISA…. Also… me not being around.

I should do something nice for her today.

But I have a lot of work to do.

I’m thinking about buying her a plant (like a pretty cactus). She loves those. That will probably make her day better. And I like making her happy. And yesterday I didn’t do that.

I went out with a friend, drank a bunch, came home and didn’t wasn’t sleepy so I didn’t get in bed with her like she wanted and instead drank another beer and watched House of Cards….

I didn’t even wake up when she left this morning :(

I really should do something nice for her today.