I take pictures when you are not watching.

One time, I followed pregnant women for a week because she supposedly was carrying John Cusack’s baby. The first two days, nothing happened. She just went to a drive thru. No pictures.

The third day, I got pictures of her in the bookstore.

The fourth day, she went to the airport.

She never saw me.

I’m sure she saw someone with a camera at some point, but I quickly pointed in the opposite direction and pretended to be taking pictures of someone else.

So I guess it wasn’t a full week. But just 4 days.

It turns out she was just a pregnant lady. No relation to John Cusack at all.

I worked with a Star reporter for that story. She helped me stalk the house and follow. She was way older than me. Probably over 40. I was 21 at the time so I couldn’t tell the difference between girls and women. I was merely a child. I’m still a child. But more of a manchild.

She was pretty dumb but funny. One of those regular LA women that never made it. Blonde hair. Strong arms. Organic smoothie drinker. Works out constantly.

I never saw her again after working on the stupid story that ended up being a non-story.

Those pictures of the pregnant lady I think are still on my hard drive.

Come on. Calling myself a king in anything is fucking idiotic. Creeps abound. There are many creeps in the world.

I’m your average one.

I memorized the lyrics for Radiohead’s Creep when I was 11. And I felt those lyrics. I was already a creep back then.

By the age of 13, I played in guitar and started playing in the band.

I can’t stand that song anymore.

You know who else is a creep?

Photographers are just able to capture the moment if they want. And if they are ballsy. It’s not that easy to be a sneaky mother fucking photographer. But I was heavily trained on it.

I would be a wonderful spy.

I’m sort of already am.

There I go with my ego again.

Ever watch the show Bored to Death?

That show was great.

I should do what Jonathan Ames does on that show.

A struggling writer pretending to be a spy, but instead of drinking wine, I drink beer.

And not in Tijuana. But in New York.

As in… I screen capped that while watching the show. Not wrote the show. Sad that there are only two seasons.

My cover picture just came out. 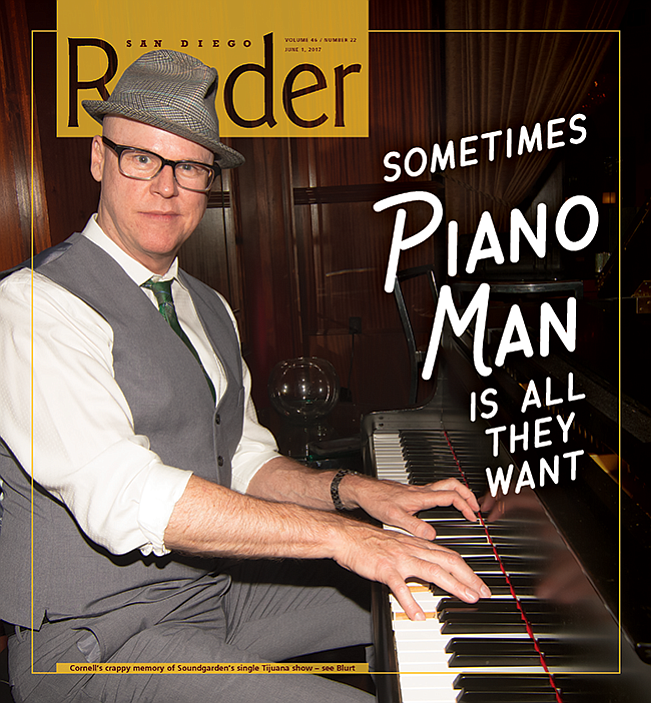 That guy on the cover told me he hires classical guitar players from time to time for gigs. That’s another thing that is on my whiteboard that I need to do that I keep ignoring. At least I started doing social media for Tijuana Adventure.

And they sent me a mission yesterday so I have more cover pictures to take.

I should get on it.

Seriously thinking about taking a break from this blog.

I need to write a cover story in the upcoming weeks because I really need to buy a car.

And writing all of this is really distracting.

Wrote one more thing on my white board.

I was going to complain about how I suck at that Jeopardy World Tour app but just won a high-level game. And I’m on 5,598 of this week. So on the top 10k. That’s not that horrible.

Bam. Mission confirmed. This one seems like it will be a lot of fun… but really really far.

I have to do it like now! No time to coordinate. No time to waste time. Time to setup a shoot.

It was tap Tuesday yesterday. And I did not take advantage of it. The one day I don’t go out for beers was the one day when they are cheaper.

I was pretty hungover when I wrote my angry photography rant yesterday. After that, I couldn’t do much. Watched a bunch of House of Cards. Girlfriend came home and made dinner. Then watched the new Sarah Silverman special. After that Get Me Roger Stone, 8:30 pm and she wanted to go to bed. So I was in bed after doing nothing to do more of nothing, watch the documentary, and continue watching House of Cards.

Today I had planned to say goodbye to my blog so I can concentrate on writing a cover story I have in mind, but again I created a mountain of work for myself.

Photoshoot at some point before or after that.

One writing mission with a deadline.

A dozen writing missions that have no deadline just hover on my whiteboard.

Just got a message from someone asking if I was a photographer and how much I charge per session….

I never even thought of that. Kid doesn’t seem like he could afford much. I told him to buy me beer. That’s so cheap, yet there are so many decent photographers willing to work for free. It’s just… not that hard to take a good picture of someone that wants to have their picture taken…

My cat is fat and he is always asking for food.

He finishes a plate and goes back to meowing that he wants more food.

I’m just giving him two small cans a day. Three if he really seems to need another. He slaps the fuck out of me to let me know he is hungry.

I’m drinking coffee that I made with tap water because the good water is gone.

It tastes shitty. I need to go get water, but it’s the roommate’s turn. He drinks too much water.

That last paragraph was written just so the word count would reach over 1,000 words. And with the extra sentence, I got to 1047.