After all the Grinchiness wash away with booze, it felt like a normal Wednesday. Except a number changed. I’m no longer 30. But 31.

That’s the only real change.

The rest is still the same.

No desire to do writing work. Just want to take pictures.

My photo missions aren’t until the weekend. Let’s see how those go.

Instead of working on writing like I said I would and should… I just hung out with my girlfriend all morning. It’s tough to work when she’s out of work and looking for work.

She has an interview later today for a position that handles French customers. She likes speaking French. So it’s a perfect fit. The money is not great. It’s barely money. It’s okay for Tijuana. Horrible for the USA. Enough for our situation. And the place is really close to the apartment, so that’s a huge plus.

Let’s hope she gets it.

I should have worked. There’s an article I should really finish that has been a rough draft for weeks now. I need to finish that so I can move on.

But I don’t have time today.

I don’t even have time to be writing this.

I have a tour soon.

I’m an idiot. I’m charging the tour less than what I should be charging. Hope they tip me for my excellent service…

It’s going to be a long tour. I got to meet them early morning and hang out until late at night. We are even going to the baseball stadium.

My hands still hurt from bowling.

We got in an Uber towards Plaza Mundo Divertido. The mall that acts like an attractions park.

At the bowling alley, they informed us it was tournament night, and that we only had time for one game.

Alright… we went all the way over there. One game it is for 95 pesos each (hella expensive).

I understood that we paid that for 30 minutes of bowling. I was wrong. It was just one game. And it was horrible.

Not breaking 100 is horrible.

We walked around the mall attraction park for a while. I didn’t know they had a huge arcade room.

Before jumping into the arcades, we needed food. We ate at La Cochinita. It was horrible but insanely cheap.

Seriously… less than a dollar for a huge plate of simple white rice. But then there are many salsas to drown the rice with. My girlfriend is happy with that.

The soup that she got that also was less than a dollar was horrible.

I got some teriyaki chicken bullshit for $4. It was salty and bad.

Behind the arcade, there’s a small carousel, some go karts, a tiny shitty rollercoaster, and a minuscule mini golf.

18 holes cramped into a small space. Just like 4 of the holes are somewhat creative and fun. The rest are the most basic putting courses.

And since there was no one there… we did many rounds of it.

My girlfriend actually got obsessed!

Super obsessed with getting holes in one.

We probably played the same 18 holes more than 5 times each, and some of them over 10 times.

There was no one there, so it was fine. Told you. Obsessed.

We went around the arcade for a while. They have all the Time Crisis. Skee ball and basketball were sort of shitty (which are my favorite arcade games). Car games were shitty.

Basically… the best thing they had was Time Crisis’s and Houses of the Dead.

We wasted enough time that the bowling tournament was almost over.

We waited some more while drinking a beer and then bought 3 games of bowling for 140 pesos each.

Bowling got better but it was still horrible.

She learned the pleasure you get after getting a strike.

And of course, she became obsessed trying to get strikes.

We played the three games and it was way better. First game was still pretty bad. She did worse than her first game. I got an 88 or some shit like that. I started with a strike, then two gutter balls in a row. Didn’t break 100.

Second game was better. She got her first strike. I shot 118. She was close to breaking 100.

Third game was shit again. My hand was already killing me. She did meh okay. Neither of us broke 100.

Then it was decision time. Keep bowling. Or go home.

I can bowl forever.

And she didn’t want too because it’s expensive.

Three more games. Though she was feeling a tad drunk and for me, my hands and knees were killing me.

Yep. I spent a lot of money between arcades, beer, mini golf, Ubers, and bowling.

I’m getting messages about a Tijuana Adventure tomorrow.

But I have photo missions.

I got to run for a whole day of touring.

Haven’t had one cup of coffee yet.

My girlfriend is yelling on the phone right now.

My hands are sore from bowling.

I’m not going to shower.

I have to meet strangers so I can take them around Tijuana.

I’m kidding. I sort of do. Random messages from strangers that enjoy my writing keep me going.

So thank you fuckers.

And I forgot to mention…. the cover picture and the magazine is out.

That’s the first time my hand is on a cover of a magazine.

And yep. Took that picture while holding the tacos.

Juice was dripping down my hand. There are more pictures of tacos on the inside.

I had fun taking pictures of tacos.

And getting paid to do so.

Also.. my girlfriend made one of the most amazing breakfasts I had.

Yep. That great. Not exaggerating. It made me love her even more. It’s the best thing she has cooked since I met her. She should make more of that. 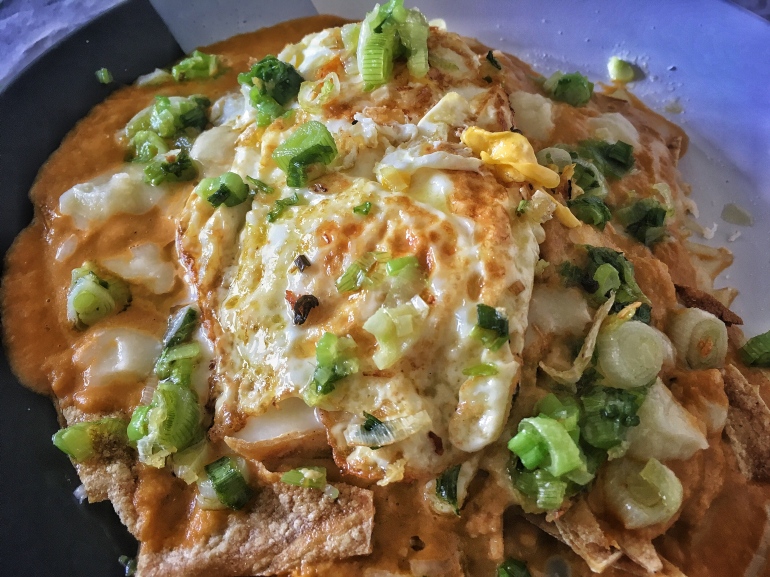 It was way better than the picture.

Ok. Seriously have to run.