Of course I was a Grinch for my birthday.

My mom told me not to grinch it. I grinched it.

I mean… it was a fucking Tuesday. What did you expect?

My birthday celebration was supposedly going to be Tacotopia on Saturday. But I had to work that weekend and I’m happy I did. Money money money money.

Maybe I can celebrate my birthday next weekend?!

Nope! Got to work as well!

Because I slept at around 6 pm.

Drunker than usual, though I drank the same amount. Weird. I guess it was just faster and didn’t really eat much.

My girlfriend went to her job interview. I went to Nelson to forget about life.

There I drank a caguama fashionably fast.

The bar was virtually empty except for a girl that I met there before. A young student that I tried hitting on before meeting my girlfriend. I mean… that’s how we met. We drank together and this time I ended up talking about my girlfriend instead of my ego. She told me on the last few dates she went out with some dude. And I felt weird. Wrong weird.

She left because she had to go to school. I drank another caguama while I eavesdrop in the most boring conversation that was happening next to me. It was a woman (who I am guessing was a call girl) and a dude talking about how he makes other dudes jealous when he is with her. Conversations about nothing. And… And… I said nothing.

I wondered why they sat next to me when there were dozens of other stools empty. And tables. And more chairs.

I said I was going to Norte for birthday drinks.

I got there way too early and got their new cream ale.

Got birthday hugs from the brewers. They were sipping on a special brew by Mamut’s new brewer. A quadruple Belgian (I think that was it). When I arrived I was already feeling somewhat drunk, but I tried that beer and it was great.

About the cream ale… It’s not what I pictured when I think of cream ales. It was more like a lager.

Got a pale ale because they were out of the IPA. Got bored. Drank really fast. And wheeeeeeeeeee!!!!

Pinche Paco went to Norte and I wasn’t there. Sorry Pinche Paco… and anyone else that went…

Ate the leftover pizza. Don’t remember doing that either.

And then passed out on the couch.

BUT BEFORE PASSING OUT.

I told my girlfriend two things.

I was pretty filled with hate for my birthday. As it properly should be.

So I’m glad no one got to see me. Except for my girlfriend. She watched two movies while I drunkenly slept on the couch and stubbornly did not move to the bed until midnight.

And I think now she understands that I hate my birthday.

I don’t think it’s a reason to celebrate that I’m getting older. Some people love their birthday and love to make plans for it. I don’t.

“Treat yourself,” said the roommate.

Don’t I already do that every day?

He hasn’t been here in over a month. And has no reason to be here except that he enjoys Tijuana. I guess that’s a good enough reason to have an apartment down here. After all, it’s fucking cheap. It’s like his vacation home. He just hasn’t had a chance to use it.

I woke up real early and watched Colbert Report and other crap. But tried going back to bed and basically just stay in bed to cuddle my girlfriend. Because she likes my cuddles.

And I was staring at the whiteboard. At all the work I have to do. Or plan to do.

And then it hit me.

And scheduled two things for the same day.

And I thought I was going to have a chance to go to San Diego to take pictures.

That’s why I’ll be working all weekend.

So tomorrow I have a Tijuana Adventure that will basically take all day. Then I’ll be in San Diego both Friday and Saturday to complete my photo missions.

And it should be a fun tour.

They want to go to the baseball game! Trying to figure out tickets right now. Though it seems like the best bet will be to just get them at the stadium.

The taco issue is coming out in a few hours.

My pictures are already being used!

And… yeah. I guess I also write.

I sent like 100 pictures and only a couple get used.

For my article here are all the pictures I sent.

For other writers, I sent even more!

Here other taco shots I sent:

German’s fish tacos are basic but great. That octopus taco from La Perla was fucking delicious. And yes. I took the avocado out because I hate avocado.

I’m a freelancer and not staff… so I guess pictures still belong to me muahahaha.

I had even more tacos!

I went to this fancy taco place and had fun taking pictures.

The tacos were really great, but sort of pricey. Glad I didn’t pay for them and was there just for pictures (and of course eating them).

More tacos articles will come out. And the magazine obviously in print.

This post needs a picture. So how about this one? 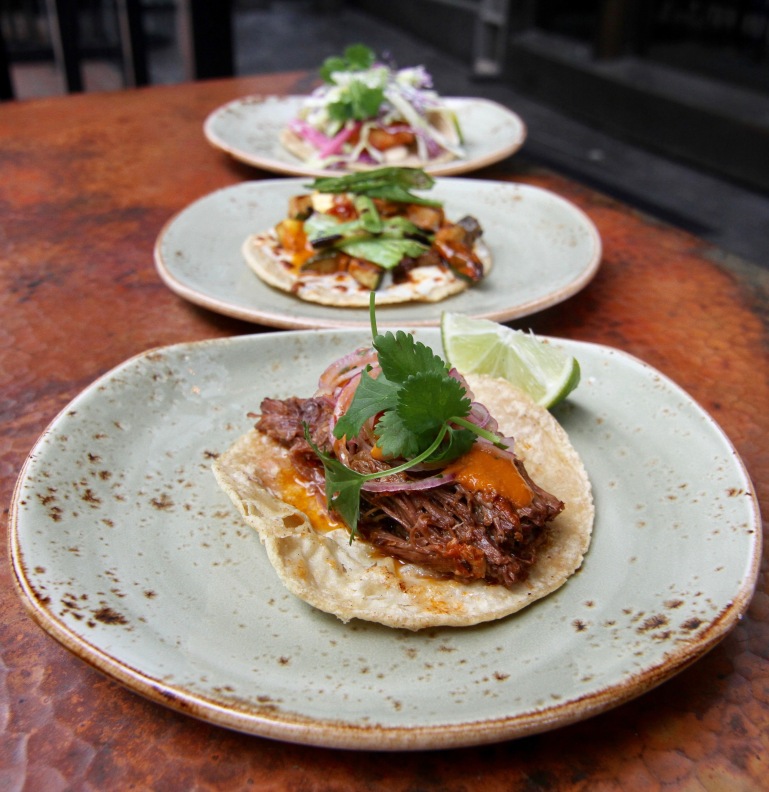 People say my pictures make them hungry… then… good.

And my favorite part of the magazine.

They talked about my massage article. How cute.

They are wondering how the massage worked out.

My back was bruised heavily. My friend Erik Trejo was in town to play a show as Lightworks the night after the massage. I told them (he brought his cool roadies) that my back was killing me and took off my shirt to show him. The response was “DAMN! That dude really messed you up.”

He did. I didn’t feel that great. My back is okay now. It was months ago that I wrote that story. But for a week, it felt horrible.

The whiteboard looms over me reminding me I have a bunch of work to do.

Photo stories are the most important thing. I have a bunch of articles that I said I was going to write. And the one that I already wrote that I needed to edit seems like the priority. Especially because all the stupid shit that has been happening in Tijuana.

I just want to take pictures.

I don’t even want to do the tour though I know it will be fun and it will give me money.

But I just want to take pictures.

And to waste my time today, because that’s what I do best instead of work, I’ll try to reach the front page with pictures of tacos.

I’m hungry for tacos yet again.

I mean… fuck.. them tacos look so delicious.