We both woke up thinking the same thing. Board games.

We ended when she barely had 2 countries left but traded in the cards for 40 more armies. I controlled all of the Americas, Australia, and Europe. She had two countries in Asia, but I was spread thin, and she had 40 reinforcements.

It was just going to be a shitty mess of rolling dice. So we ended there. I declare she wins, but she wouldn’t take it. The whole night she was rolling way better. She would have won way sooner if she directly attacked me or if she moved her troops correctly, but she made the game long.

And now is back to reality Monday.

I got paid this weekend some ok money. Little to no money for San Diego standards, more than enough for Tijuana living. So I could comfortably drift into nothingness. Tijuana and Zelda. But I can’t.

Now I have another gig in this gig economy. And it is one that I cannot ignore. A mission of some sorts. In fact, I have several missions this week.

First, is to contest the stupid parking ticket I got at UCSD.

I already emailed them asking for an appeal. Let’s see what happens. If that doesn’t go through, then it’s a bit more appealing, and if not, then paying the goddamn thing (and maybe getting my money back from my employer?! Who knows?!)

The next few missions are not really even due till the first of May. But I should take care of them now. Before it all mounts up and I am left running around everywhere trying to finish all the gigs in this gig economy.

I have tasks to finish, and then I can play some Zelda.

More than anything, make a bunch of phone calls and schedule a time to do a photo shoot. Should be fun. I need a wider lens for this next shoot.

And also three stories that I queried that I should work on. Two are for sure stories that I can do and finish fast. One is scary. The other is a feel-good story. Not sure which one to work on.

I much rather take pictures for my upcoming mission than writing stuff. I just wished I didn’t have to go on the phone. Maybe emailing works?

Monday. Back to reality.

The world is shit.

A Tijuana activist that I met around 4 years ago is missing. I didn’t really like him when I met him, but I know he is a popular dude who helps migrants and works hard on what he believes is right. The last video he posted is odd yet very scary.

Here’s an article by my friend Cat about the disappearance of Hugo Castro the activist.

The world is scary.

Not to mention the whole Trump debacle we still live daily. And the Syria mess. That is just a huge other monster that I don’t even want to talk about.

The world is real shitty.

It is also throwback celebrity Monday.

I have no one in mind.

Let me poke at my past folders. Maybe even plug in my hard-drive if I don’t find anything interesting…

I found the folder with the most LA thing imaginable.

It’s for an “Ivy” event that I got paid to cover.

This picture is hilarious. So much is going on! 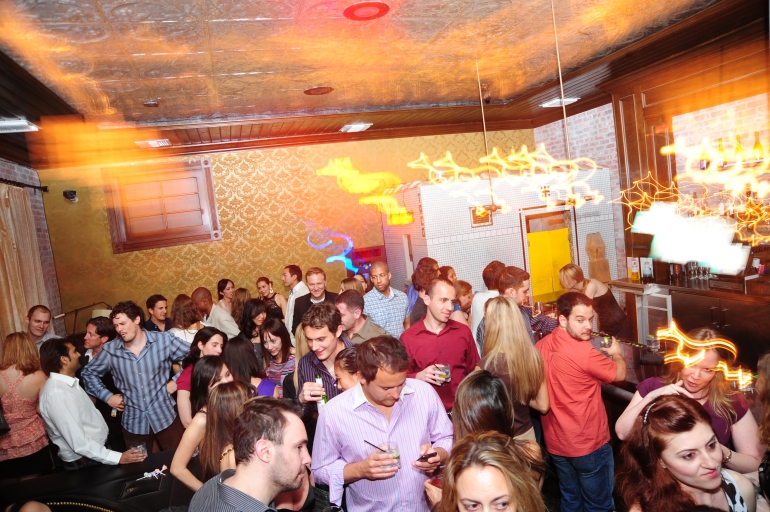 This picture is also very fun.

There are tons of pics of this chick who I have no idea who she is. She followed me everywhere because big camera and she wanted attention. 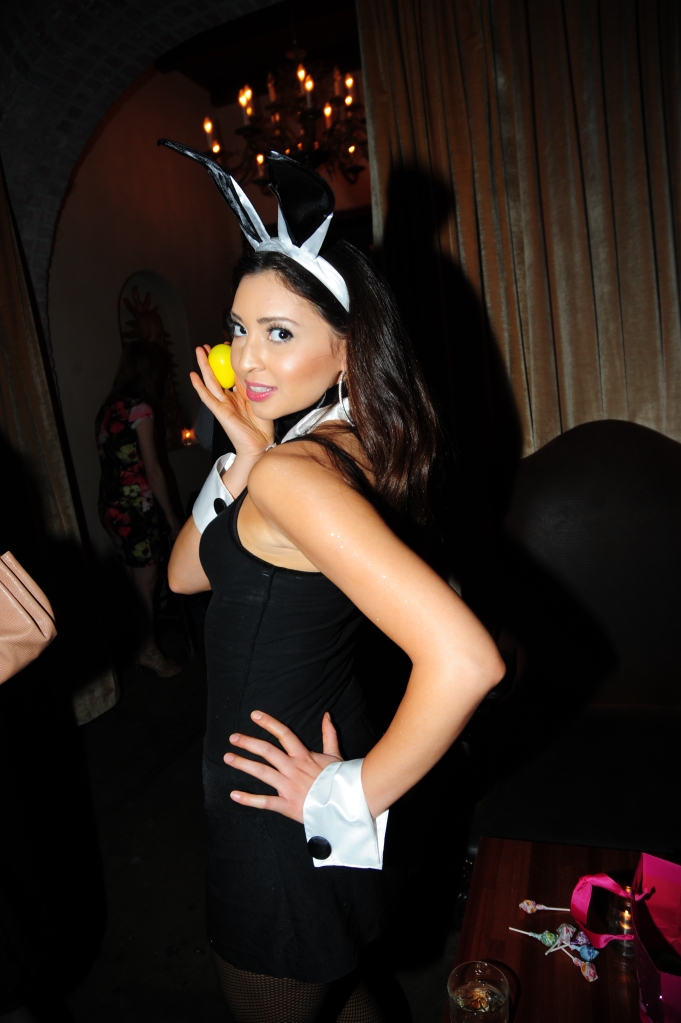 She also posed with a lot of the people in the party. Seriously. There are like 40 shots that include her. This one is one of my favorites. 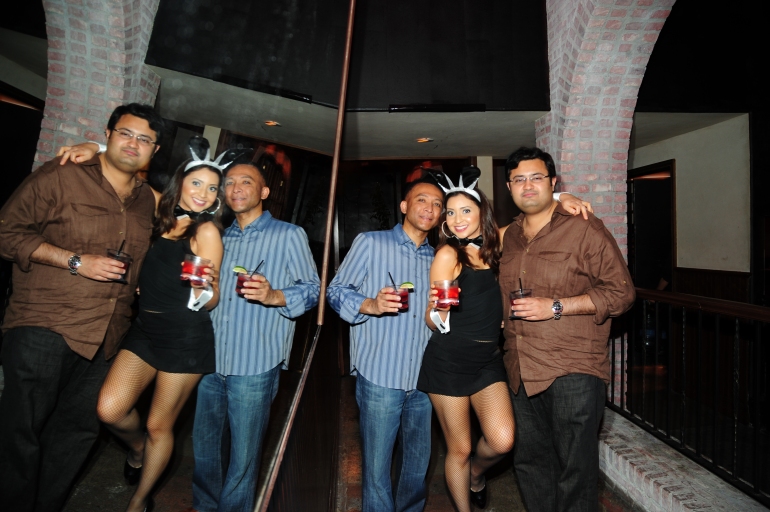 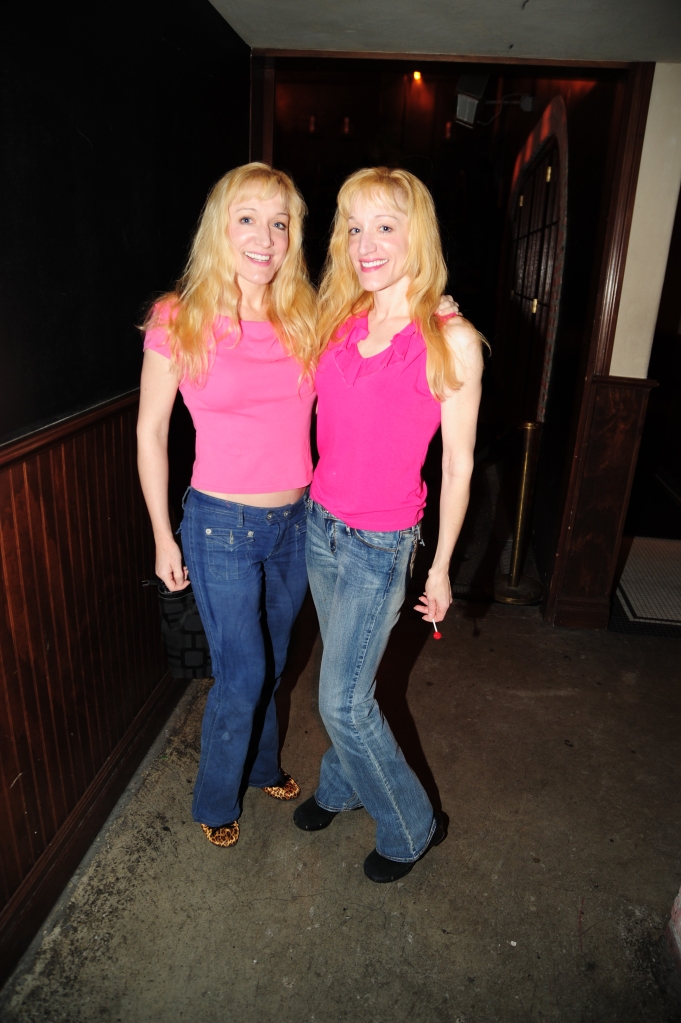 Also very pretty people, like these two girls. Well, the one on the left. The one on the right looks like a Russian doll, not my thing. 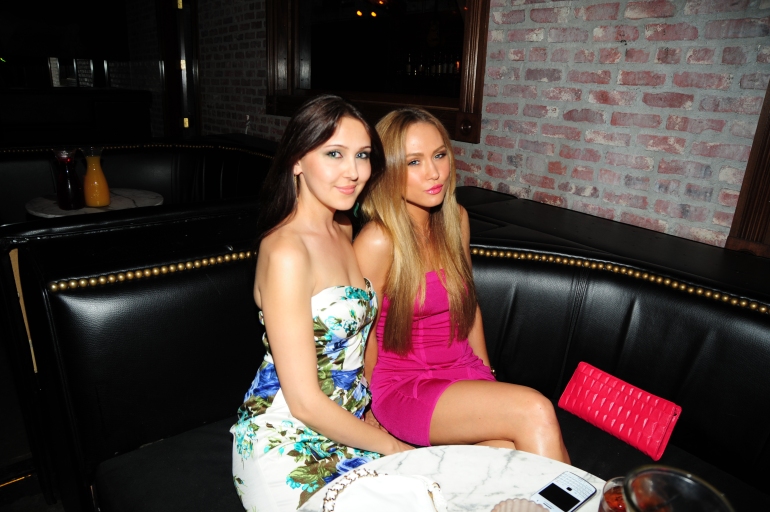 They were with this handsome stoned dude. 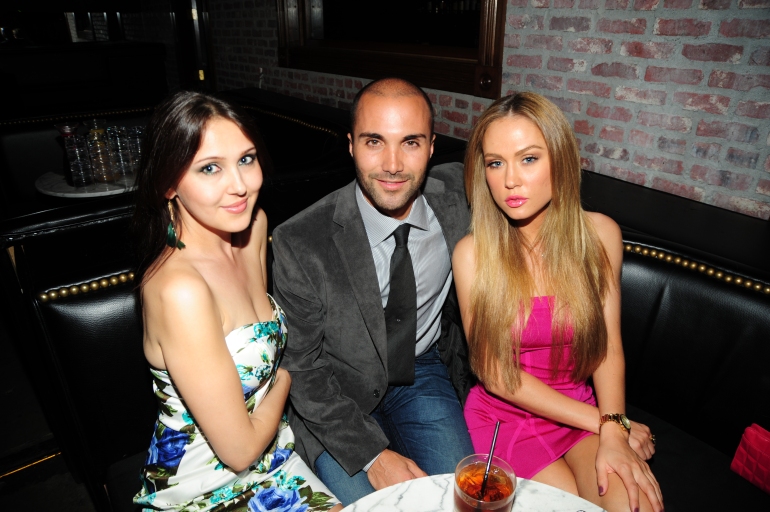 Tons and tons of pictures of strangers. There are three people I recognize in the album as people I knew in LA. And also, my brother posing with people. I remember he accompanied me and we drank and shot all night. There’s even a picture of me with some random Asian girl. Maybe my brother knew her… ?

Hah. It’s such a bad pic. The girl on the left looks hilarious.

Random fucking folder of an LA party. Now to look for a celebrity.

Shit. I went on TMZ to see if there are any celebrities that would be a good idea and the first story is about some dude named Steve Stephens who killed an old man, recorded it, then post it on Facebook.

The world truly is shit.

This is fucked up. I just read more. Dude snapped after his girlfriend broke up with him and because of crippling debt. The dude looks like a nice stoner black dude. But nope. Snaps and goes on a murdering rampage just because he can.

Keep scrolling down on TMZ and Chris Brown is punching people again.

This video made me feel better.

Now I want to learn that.

So maybe the whole world is not shit. Just a lot of it. A lot of it is shit.

Oh yeah. Celebrities were in Coachella the whole weekend. Many of my friends were there too.

God. I saw too many celebrities and took too many pictures in my past. I can’t fucking decide.

I even have pictures of Octomom and Oksana Grigorieva.

I have pictures of James Van Der Beek of exactly 7 years ago today. But they are boring as fuck.

Fuck me. I don’t even know who some of these people are.

Ok. I’ll decide on someone easy that I liked.

Yep. I haven’t posted about her. Let’s do this quick so I can start making phone calls and get to work.

I saw Mila a handful of times. She was always very nice.

I remember one shoot that I saw her having coffee and a cigarette outside of LAX. I started shooting her. Then she said something like “Oh fuck, I forgot my bag.” Went back to her house and missed her flight. I think that’s what happen. It was pretty odd.

I do this all the time and look like a total douche. “Oh you like so and so celebrity. Oh yeah, I remember talking to them.” Yep. I’m a douche.

Lucky dude gets that Mila stare. I’m sure that’s her husband…?

Yep. Just googled her and definitely her husband Paul W. S. Anderson who must be a very intriguing guy.

THAT DUDE MADE MORTAL KOMBAT!

Hahahaha damn. I loved that movie.

And then made Resident Evil. And that’s how they met. Well duh.

They make a lovely couple.

THE MORE YOU KNOW!

And for some reason, by herself. 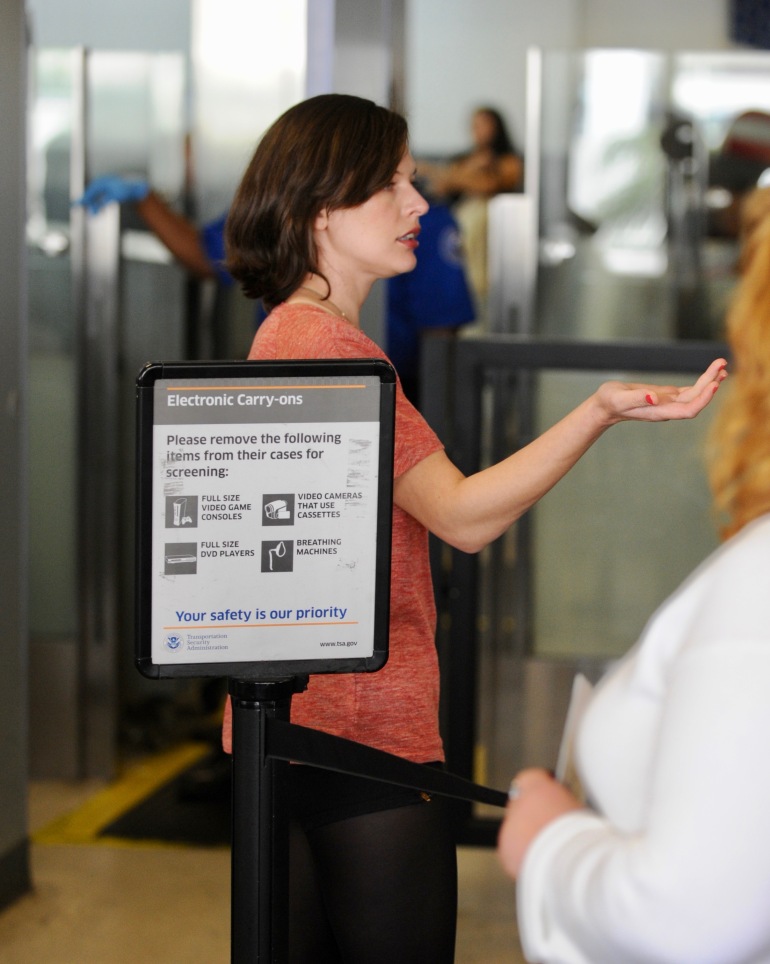 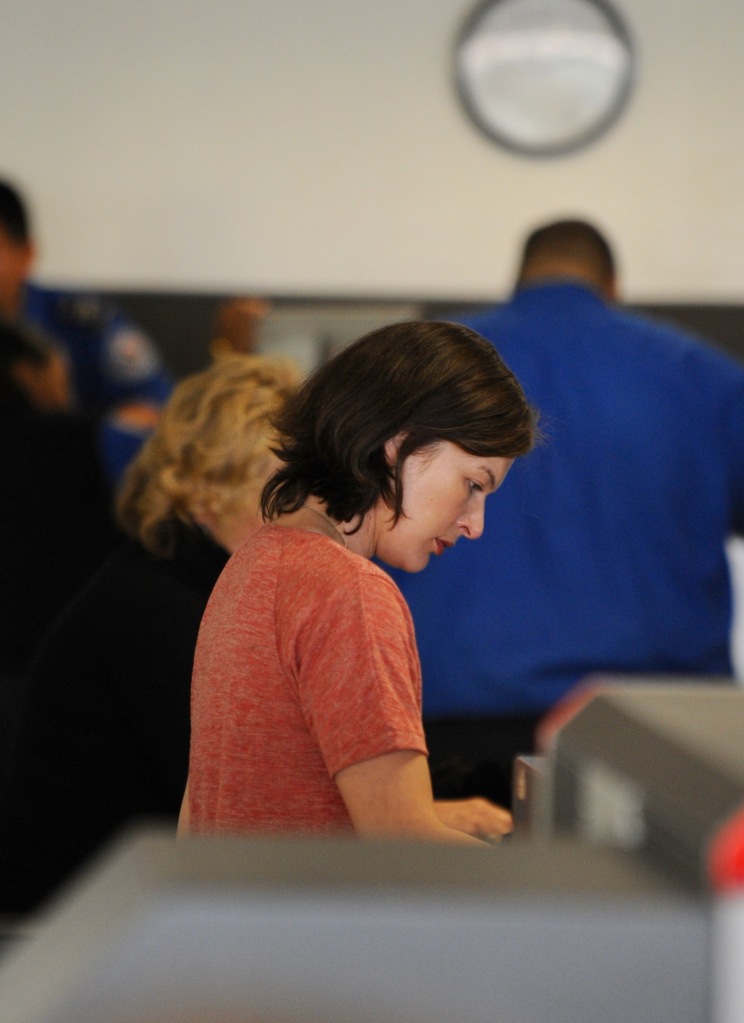 This other shoot is from February 2nd, and apparently, she was arriving from Air France. I mostly used flash because it is dark as fuck downstairs at arrivals in LAX.

I have some pics long lens, but they are not good. Here is some flashing.

Over exposed, but smiling. 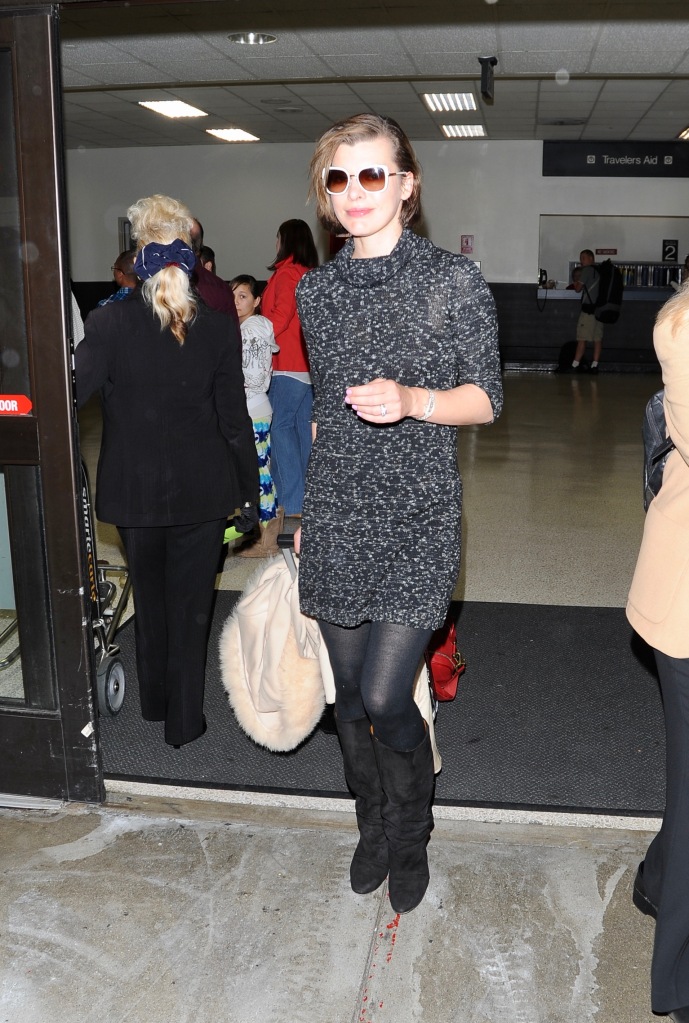 I really liked this shot. Looks like an LAX commercial. 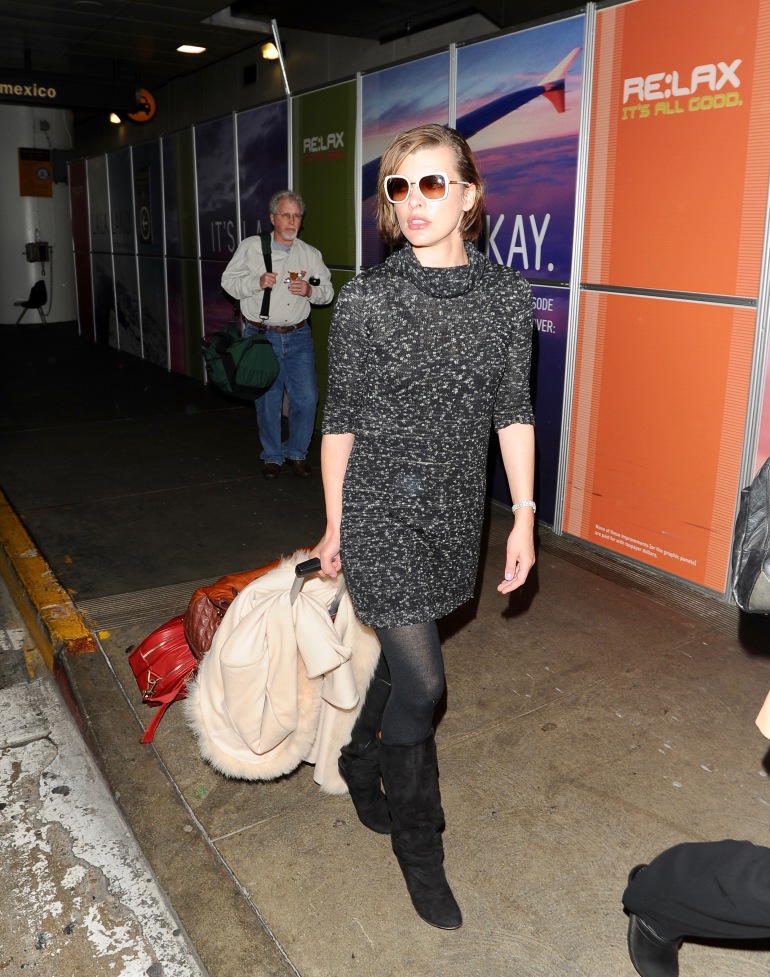 And that’s the last time I saw Mila.

There you have it! Mila Jovovich and her husband, and then by herself.

Now I should make me some quesadillas, do some push-ups, and get to real work. No more word vomit.

And yes. I already showered and did some push-ups and I ate a Clif bar for breakfast.