I’ve been waking up in the middle of a night with a cough and congested nose.

This time was around 3 am. Went into the bathroom to spit. And I spat out fragments of mucus and blood. This has been going on for over a week. I’m not really sick, and it’s more grotesque than bothersome, but I wonder wtf? If this keeps going on, I should really go see a doctor.

But I went back to sleep, and I slept very well. Woke up after 10 am, and here I am. Drinking coffee. Feeling normal. Waiting for the day to start.

I just go on Twitter to check the Donald’s tweets. Fucking ridiculous. But oh well. It’s what ‘Murica wants. A soap opera of a president. It’s not like Mexico didn’t do the same.

And my friend Kevin flew all the way from Indianapolis to spend some days in San Diego (where he used to live). He is coming down to Tijuana to see his buddy’s ska band in Tj Arte y Rock. He messaged me (and my roommate) forever ago about this event, but I’m not really good at planning for future stuff. And well… work got in the way. Because it’s going to be baseball time! And tons and tons and tons of pictures.

So after baseball, I’ll try to go to a ska show, but who knows. I have no idea how long I’ll be “working” on baseball pictures today.

The girl I used as a cover photo for my blog post yesterday. 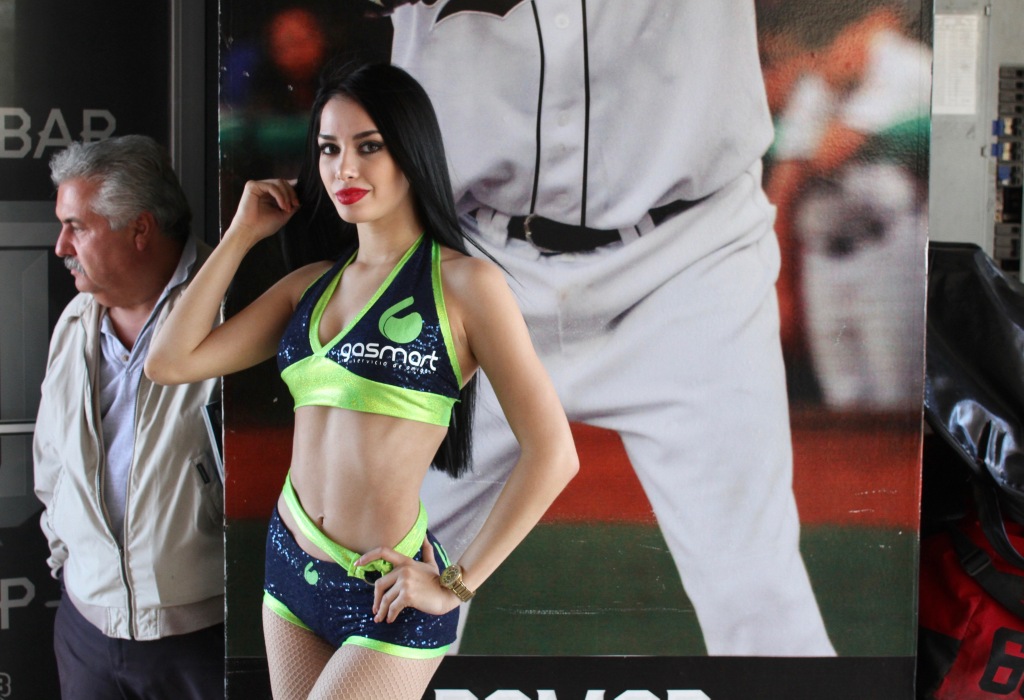 Turns out a friend knows her. My friend always knows hot girls that “model,” and she tagged her on my post. I tried adding her on Facebook and it said that “she can’t accept any more friend requests but I’m following her now.” That means that she has 5,000 friends on FB. And fuck that. I’m not going to follow her.

Just browsing from a few of her posts I can tell the that she has the most generic model personality and that all her posts are basically the same. But guys will be guys and pretty pictures make guys stupid. She probably gets hit on INTENSELY every day.

That picture was horribly soft.

I’ll give her this.

She is pretty (the only one out of the four).

And she seems to be taking advantage of that.

The life of a pretty girl. If that’s your only quality, she is doing a good job.

I still prefer my girlfriend. Because she is amazing.

That’s the word I use the most on her. Because she truly is. I don’t get it still. But I enjoy being with her more than anyone else. That other chick, no matter how pretty she is, I am sure we would have no connection whatsoever, and after a few minutes of talking, I would be so annoyed.

Oh god. I went through her feed just now for a few more clicks than I did yesterday. Yep. Wouldn’t be able to talk to her. I already dated a super hot model that went clubbing as a job. It didn’t go well. I pretended to be interested, but in reality, it was just small talk for hours. No sustenance.

My girlfriend is a friend. We talk about everything. And she’s smart (I mean, besides being really pretty). That’s why I love her. Because we understand each other (for the most part). And I can hang out with her and enjoy myself. I love sleeping in the same bed with her. Much sustenance.

After the Toros press conference and hanging out with Bryan, I went to meet my girlfriend where I always see her at almost the same time, which is around Jeopardy time. I keep missing Jeopardy…

I won’t be able to see her at the same spot today because I will be at baseball. And I’ll miss Jeopardy again.

I have no idea how long baseball is going to last. I know it’s going to be a goddamn circus. And it will be somewhat exhausting.

We went to Mamut. It’s cheap. It has good food and good beer. We go there often.

I was supposed to meet with another friend, but he never replied.

So after two beers and dinner (she got the salad, I got the roast beef sandwich) we came back home.

She fell asleep cuddling with me on the couch 20 minutes into the last episode of season 3. Then I moved her to the bed.

I finished the whole thing. It was pretty good. I didn’t like the ending. It was very “Hollywoodesque.” But it is on the top episodes of Black Mirrors. I still prefer the first one the best.

“Did I watch the whole show!?” She woke up asking me that. No baby. You didn’t. You fell asleep pretty early last night.

I didn’t play Zelda at all yesterday.

I did for 10 minutes after the Black Mirror episode. I just wanted to ride my horsey around and keep exploring. I ended up exploring an area I had already explored but was fun. Then I did long gliding jump to a shrine I have never visited before in the Gerudo Desert.

Some Gerudo woman was there hugging the portal saying she was too thirsty and couldn’t move. So I assume I have to go back to Gerudo Town and get a drink from the bar and bring it to her. Sounded like too much work. I just decided not to Zelda and go to bed.

In fact, I still have no idea what else am I doing besides baseball and Zelda.

I’m going to ask for some money for my baseball efforts. Getting the press passes was more difficult than I anticipated. And there is no way Andy could have handled all of it by himself. In fact, today is going to be way too insane that if he was going by himself, he would be pretty lost. He hasn’t even gone to this area of town before in his life. I’m pretty sure he is going to be in awe.

But that I couldn’t get extra tickets for friends and his girlfriend means that work is going to be of utmost importance and we’ll try to get out of there fast. Or I have no idea. Let’s see how it goes.

This post needed a picture. And I am not going to post more soft pictures of the pretty girl.

The stadium is going to be fucking packed tonight. Like extremely packed. What worries me the most is traffic.

And after that a ska concert with Kevin and my girlfriend?

Fuck. I have no idea what today is going to bring.

I might try to rent a car and get away to Valle de Guadalupe because I promised my girl forever ago (hah, we’ve only been dating for 2 months).

Roommate is still not home. He went camping on Monday and haven’t heard back from him since.

I still haven’t heard back from Uber….