I have a tour tomorrow, and I just got a sore throat last night.

It will be my only source of income this week.

All I’ve been doing is play Zelda and eating and drinking with my girlfriend.

Money goes by quick when you aren’t making any and just living with some luck.

Tour is going to be early. Noon to 7 pm. Hopefully, the border won’t be that busy and my sore throat gone. They requested Teléfonica Gastro Park, and that’s about it. We’ll see how it goes.

My sore throat woke me up at 1:30 am, and I started coughing a spitting mucus. Yep. Not a pretty picture.

I am a little kid.

After playing Zelda most of yesterday, I met with my girlfriend in the usual spot.

And on my way there, I realized that the spot is actually where we first met.

It’s been like 20 or more times that I see her in the same spot in downtown Tijuana.

Before heading out, roommate said, “you are wasting your time away, get some fresh air, stop playing video games.”

He wanted me to join him for beers. Nope. Zelda. It’s so damn good.

I am okay with wasting away playing that game. And yep. Been playing too much that Zelda sounds ring in my head and if I close my eyes I see Zelda shit.

I am a little kid.

We drank and ate at Plaza Fiesta.

My girlfriend and I started at Insurgente. I got her the coffee IPA (Sospesso IPA), and I got a new beer, a collaboration between Insurgente and Modern Times named “Utopian Cities.” It’s a Michelada Gose style beer. It has barely any Michelada flavor, but it’s rich in Gosiness. It’s not that salty, and it leans towards sour power. It’s very good for sour lovers. If not, then stay away.

Again. Picture from my IG stories. So a shitty picture.

Got distracted emailing for something next week.

Friend, Justin O’Connell, wrote an article about baseball in Tijuana which will be the cover story. Next week is the opening game. I am in charge of getting press passes and tickets for the game. Because I do everything Tijuana related. And also, because it will be shit tons of fun!

After Insurgente, we met up with the roommate at Border Psycho.

Girlfriend and I split the “vegetarian flat bread” which is just a fancy name for pizza. It was very good though on the pricey side. We then got plenty of beers. And then I craved an Argentinean chimichurri chistorra (or a fancy word for hot dog). Again, pretty damn good. Salty/Lemony fries that came with were also dank.

So Border Psycho gets my seal of approval. Again.

I should make business cards.

I should do some writing for work.

I should expand my tours.

I should get a car and drive for Uber.

But I just want to be a little kid and play Zelda.

After plenty beers and food, my friend Willy gave us a ride home, roommate stayed behind. That was it. Thursday success. Now it’s Friday. And I feel sick. I don’t feel like going out. I don’t deserve it. But my girlfriend does. It’s her Friday. And we should go out. I mean… we go out almost daily.

Roommate came home at 4 am. I was up playing Zelda. He watched. He said he understands why I am liking it so much. He got excited about the music. And the landscapes. And the little attention to detail. It truly is a majestic game.

I played Zelda until 5:30 am and then snuck back into bed to wake up next to my girlfriend and pretend I wasn’t playing Zelda all night.

And if she doesn’t. She reads this, and she knows now.

The cover story didn’t get as much of a reaction as I thought. It got stuck with just two comments. I thought that some heavy Trump supporter we talk shit on it. But nope. Just positive comments all around. And it’s gone. What next?

I’m still not sure what is next.

Tour tomorrow, that’s about it. That will be some good money for a week or two of living. Then it’s April. Rent will be due. And I’ll have to do more work to avoid being broke.

There is so much I haven’t done.

I already tamed two of the Divine Beasts. Made it to the third beast but got lazy. Don’t feel like finishing that mission. Wanted to search for the Master Sword in the Lost Forrest, but guess what? I got fucking lost. 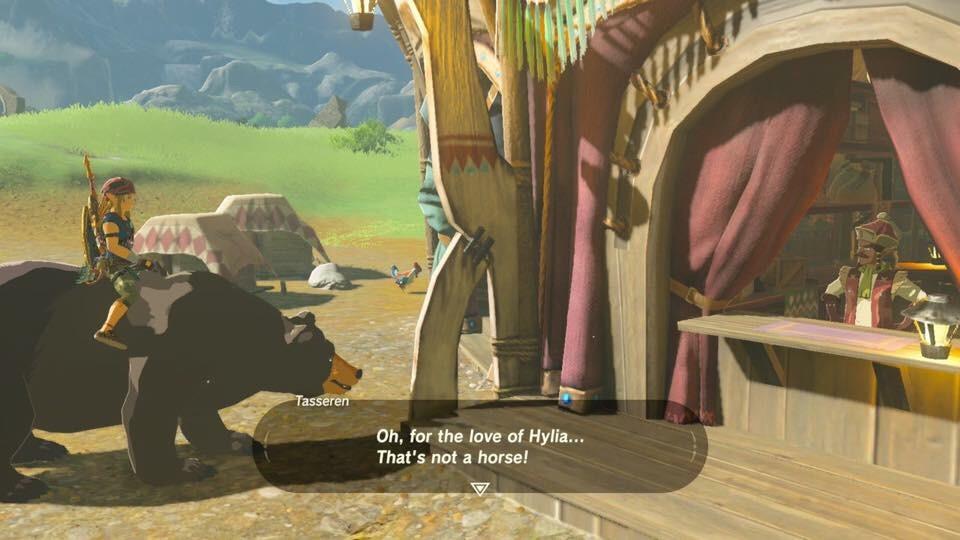 I haven’t even seen a bear!

I didn’t know you couldn’t even ride other creatures.

And I read on the comment sections that you can.

It took me forever to get a horsey. I almost draw the whole map (only missing one tower). But the world is so fucking vast. And there are so many missions.

If you are reading this, and are on the brink of buying a Switch or a Wii U just for this game. Do it. It’s fucking worth it.

I will work sometime soon.

I will have too.