It’s way too bright in my room, and I’m sort of hangover.

My new curtains are way sheer. I feel like everyone can see inside my room. But it’s the other way around, when it’s bright out, they can’t. When it’s dark, and I turn on the lights, they can.

Right now, the sun is fucking burning through the curtains onto my whole right side of my body. Bisho is loving it. I can barely open my eyes and look at the screen.

There is no running water this morning.

Fucking Tijuana (it does this sometimes). I just hope it’s not for long.

There. Washed my face with clean water.

All I wanted to do yesterday was play Zelda. I woke up before dawn to play Zelda. But of course there is a thing called ‘eating’ that one must do to live. That interrupted my Zelda playing.

There were many other things that interrupted my Zelda playing.

This blog is one of them.

I shall finish this soon and go play Zelda. It’s too fucking bright in my room right now to be on the computer.

Other things that interrupted Zelda:

Yep. I’ve seen people write ‘zinc’ when referring to the sink when in fact they actually mean ‘lavabo.’ Sink and mopear are some of my favorite Spanglish words.

They fixed the sink.

The apartment manager couldn’t do it by himself. His whizzing tools weren’t strong enough (I don’t know what the fuck they are called, but it made a whizzing sound).

So he called the plumber.

Plumber was having trouble, but at the end, did fix it. The pipes from my building are interconnected between apartments and the roof and I have no fucking clue. I’m not a plumber. Sometimes I play one in a video game. But that fucker just jumps around yelling YIPPEE!

Now there’s no running water to test out how well the repaired sink works.

And went out for some food. And of course while I was out, I played some Pokémon Go. 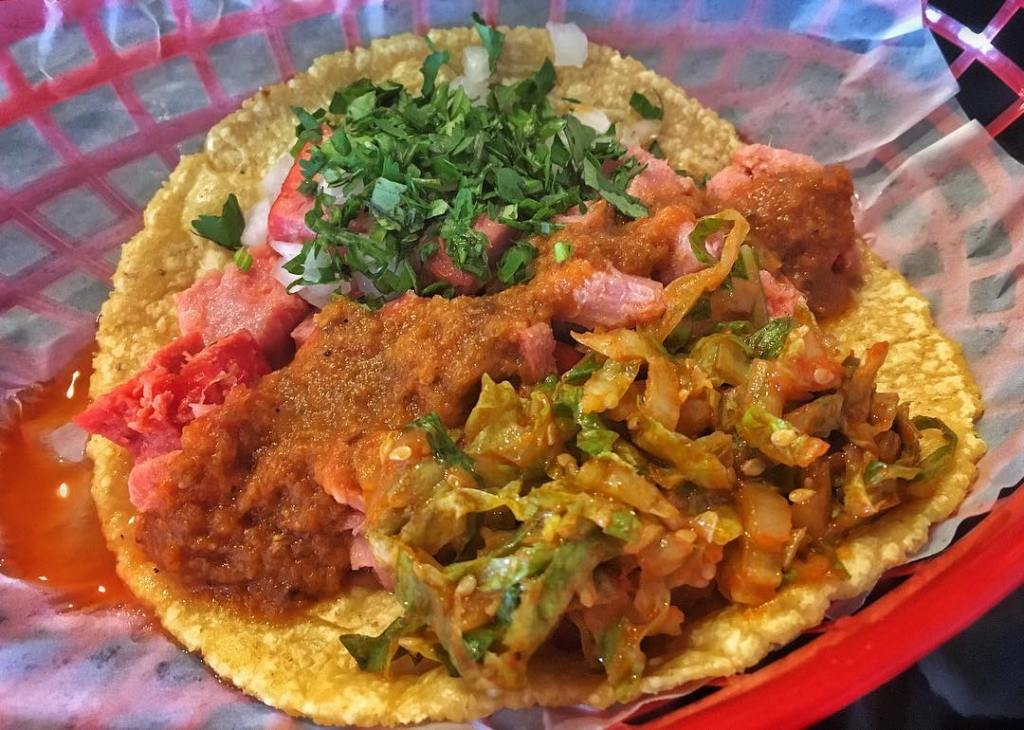 That’s a Korean taco from KoMe (Korea/Mexico and at the same time means EAT! … get it?!)

I really like their marlin, pollo, and pulpo. But marlin is my favorite at the moment. It’s so goooooood.

After that, there was a Pokémon gym nearby that was weak. I went to take over it after that marlin taco. On my way home, there was yet another weak gym but it was my own blue team. I went to protect it….

I failed. And the gym I took over got taken away from me by the yellow team. And I actually saw it. I was standing outside a bar in Sixth Street (callecesta) tapping my phone like an idiot. When this other dude approached and started doing the same. And I know he was playing PoGo because the fucker had the volume on max power. Like letting me know he was killing me via his phone.

It was after that taco that when brewer of Norte Brewing Co hit me up that he needed my photography services for the night.

There’s a Bisho hair in my coffee…

Oh god. There are two Bisho hairs in my coffee…

Cat is shedding like crazy!!! And he barfed by the kitchen entrance!

It’s super nice out. And girlfriend is going to hate how much Bisho sheds because of it…

Back with more coffee… where was I?

That was me last night. It wasn’t as many pictures as my usual. Only 200. But also, night time. Which means annoying flash, because I don’t have a fancy less than a 1.8f stop lens ANDY.

By the way… My lens is making a weird fucking noise and the battery is dying quicker than usual.

The sun is not as bright anymore, but it feels like summer already. I just reviewed the pictures . It is nice to review the hilarity. I completely crashed a party yesterday while drunk. Ate a bunch of fancy food, drank some beer, took some pictures, and got the fuck out. 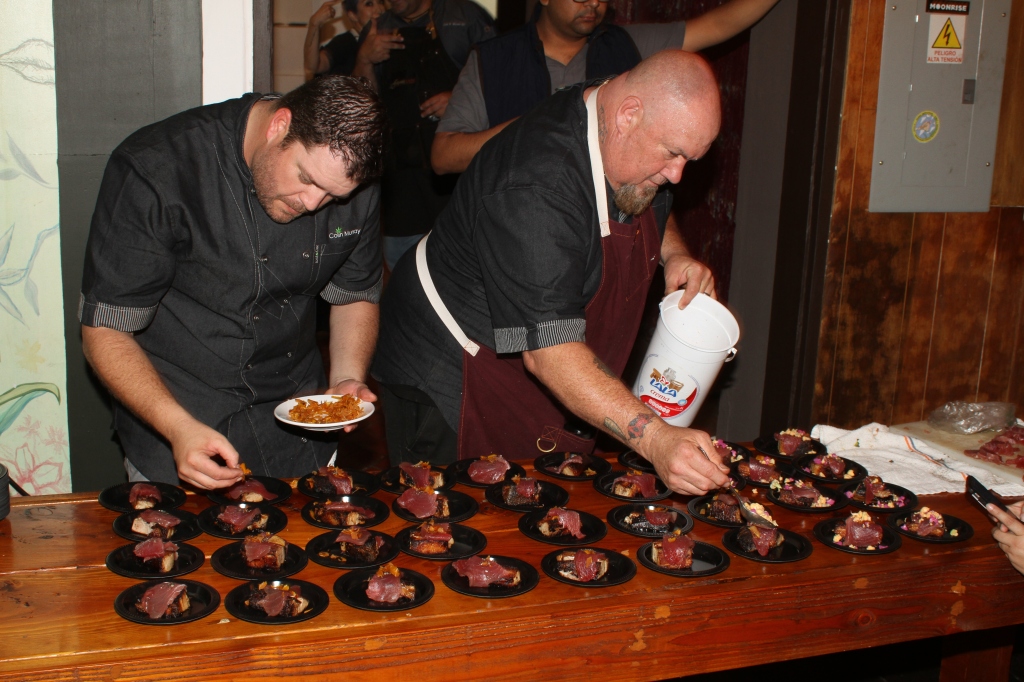 (uhh… pictures are not edited)

The food was great.

I’m not sure what it was. If I had to guess, roasted seabass with tuna sashimi, and I have no idea what was no top. I think cauliflower?? 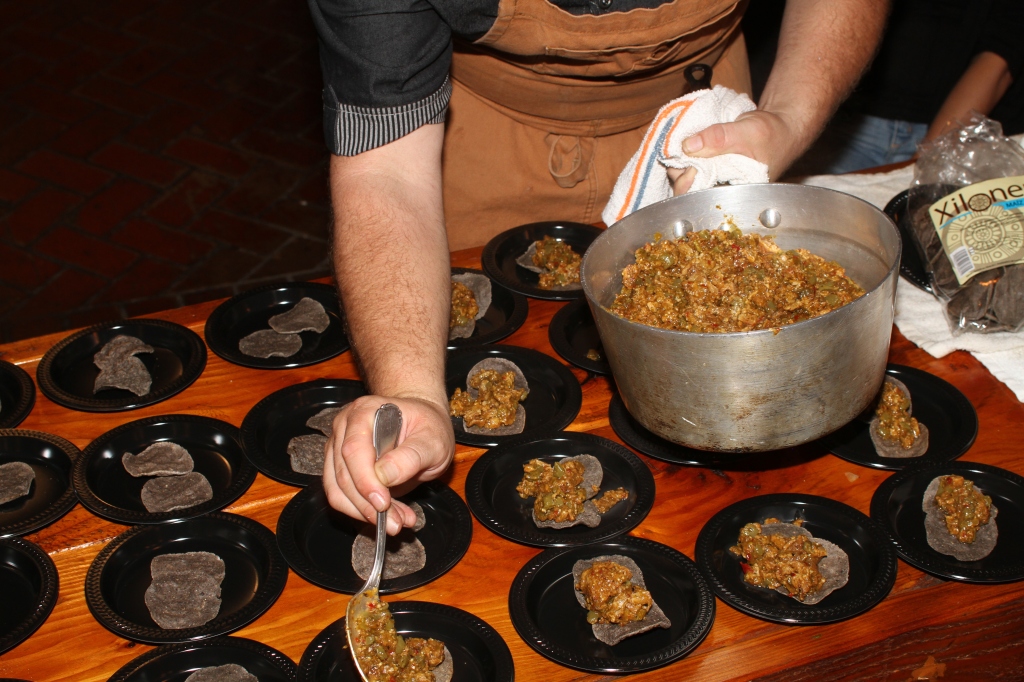 This shit. I absolutely have no idea what that shit was about. I uhh.. don’t remember the taste.

No wonder why I’m hungover…. and crashed a party.

How I crashed a party?

Well… the party I attended was very jolly. Everyone was happy drunk. And everyone was very inviting. I love that about brewers.

I ended up following the group to Mamut for the IIIPA. (sidenote, I like their IIPA better still). Because camera and because drunk, I knew it was time to go home.

Had to piss before walking home.

And… on my way to the bathroom, there was a fancy party was going on in the mezcal room. There was even some dude at the door. I am pretty sure you needed tickets or pay some fee….

I just went straight in. And there were people inside that I knew. 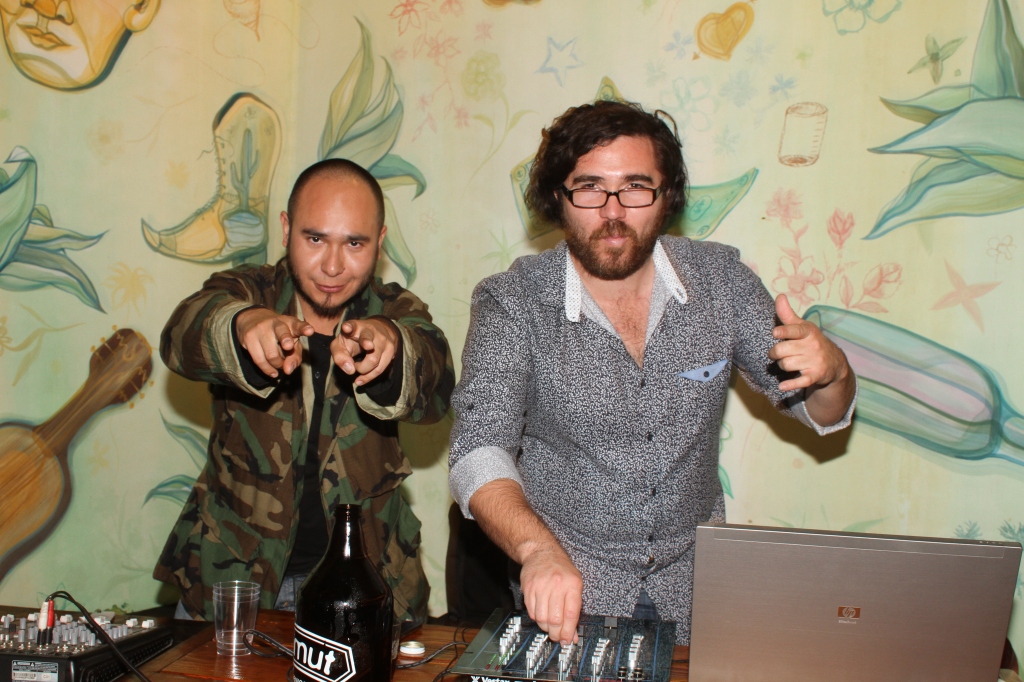 YEAHHHH. Dancing to that now.

Fucker says to me, “Hey man, I didn’t read your blog today.”

You didn’t miss much buddy. I just rambled on about Zelda. Pretty much how I keep rambling on right now.

It was a good night. It was well worth interrupting Zelda for such a night.

My girlfriend would’ve liked that night.