I’ve been sleeping weird and having weird dreams.

Today I woke up again at 5 am. Couldn’t go back to bed…. YEP I DID! I forced myself to it. But I remember waking up and thinking “ohhhh shit, here we go again, no sleep again!” I also remember a weird dream very very briefly. I’ve been having weird dreams, and I forget about it almost immediately. I don’t remember anything about this dream except one thing.

Someone opened a bottle of a Cherry Bomb Sour by Strange Brew in Denver. That’s all I remember. Someone had that in Tijuana and I got excited since it was one of my favorite brews in Denver. They also had another bottle by Strange Brew, but I don’t exactly recall what it was. I remember discussing beer and drinking beer. That was my dream.

Sorry democracy and people. I did not take part on the protests. They were very big protests as well. It would have been great material. But after a Tijuana Adventure, I need a day of rest. Also… Mexico, you did this already 5 years ago. Seriously. Those protests were pretty big and what happened? Nothing. What do you think is going to happen again?

I don’t mean to discourage people. Please protest. I just know that it’s going nowhere or minimal impact. People are prepping up for the next elections. PRI is going to steal the election again (or go to PAN again). And it will still be the same bullshit.

But enough politics. Politics is everywhere. So no need to bring much to my blog, though every once in a while I do. Because this is word vomit rants from my caffeinated mornings.

Now for work this week! Which I already started!

I have three things.

Actually four. Because there is also a tour.

One I already started, which is email the best tacos in town for Tacotopia invites!

If you are in the Baja area and would like to participate in Tacotopia by the San Diego Reader…. hit me up! Though I get to be picky ;)

Is like doing a line-up for a music festival, but instead I get to choose tacos. I get a maximum of 10 and I already sent 7 invites out…

The other two things are silly. The cover story that I have been working on for three weeks now (only one more interview to go!) and a news story that should be tons of fun and hilarious to write.

And then… Marilyn Manson!

Hah! I couldn’t decide on breakfast and I walked around forever until I hit Café Múa for a chicken bagel sandwich. It was okay. The chicken is marinated in some sweet stuff so it’s not what I expected.

Then I hung out with my friend Pedrito and played guitar for a good 30 minutes. I haven’t played in so long that my hands hurt from just that short jam.

I barely even remember seeing him. The first time I saw him was when he was dating Rachel Evan Wood and it was a big story. It wasn’t a good shoot as you can see from the pictures. These pics are from April 29, 2010. 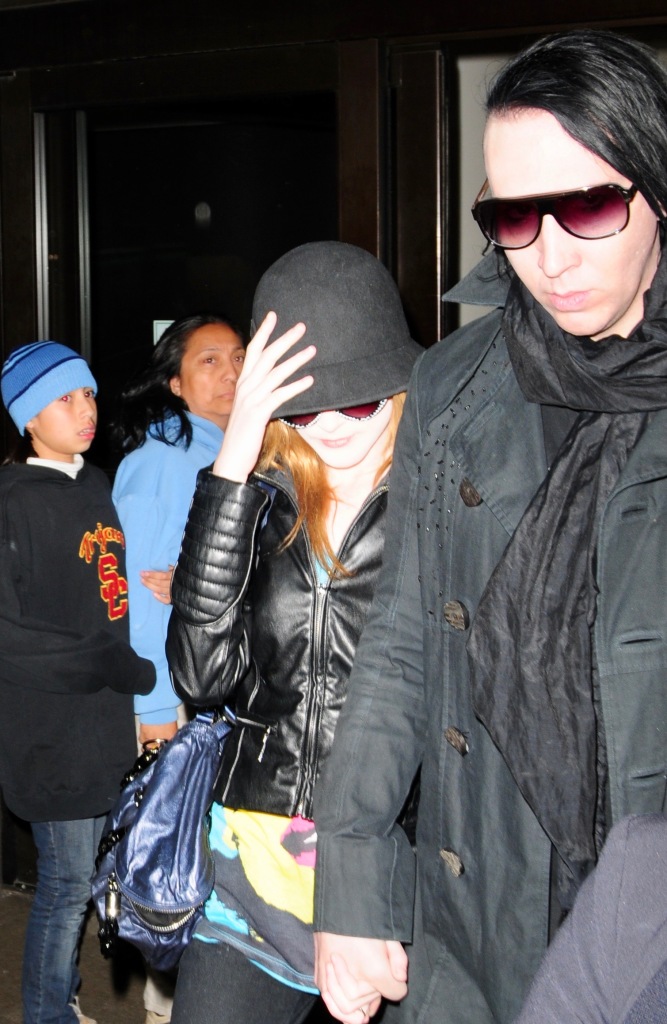 A lot of other people were there.

Then the last time I saw him was 6 years ago on January 18, 2011. I really don’t remember. Which means that I’m losing all my paparazzi memories! OH NO! And MM is cool. I remember he was cool. He did some poses. Pictures kinda crappy. My Nikon flashing was never great. It’s also really tough to shoot a pale motherfucker that is wearing all black! 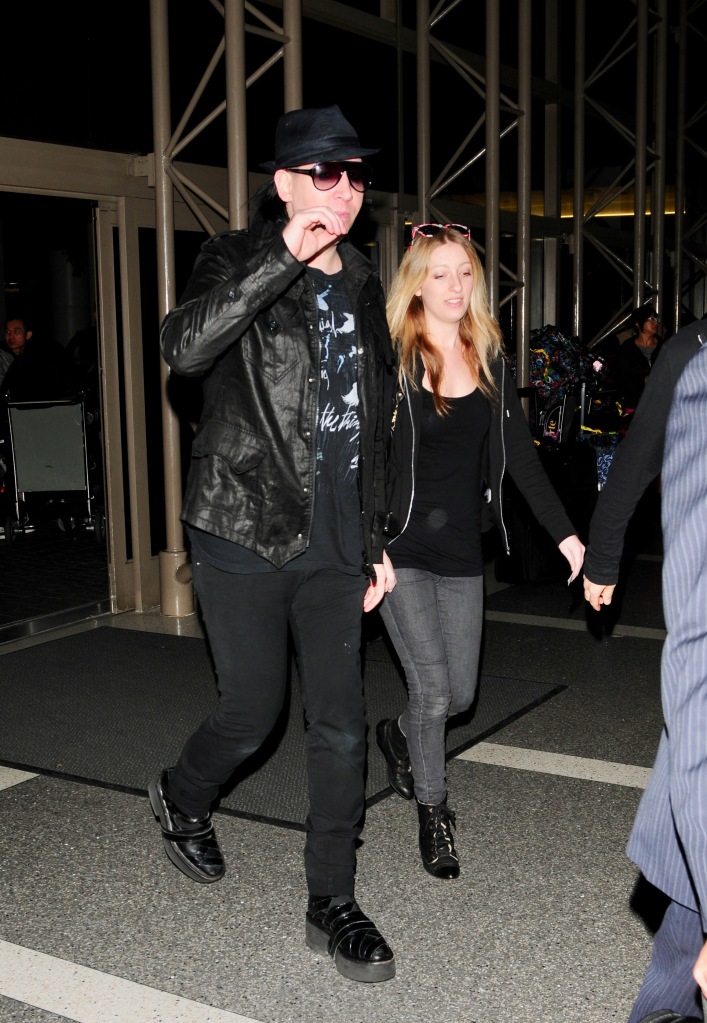 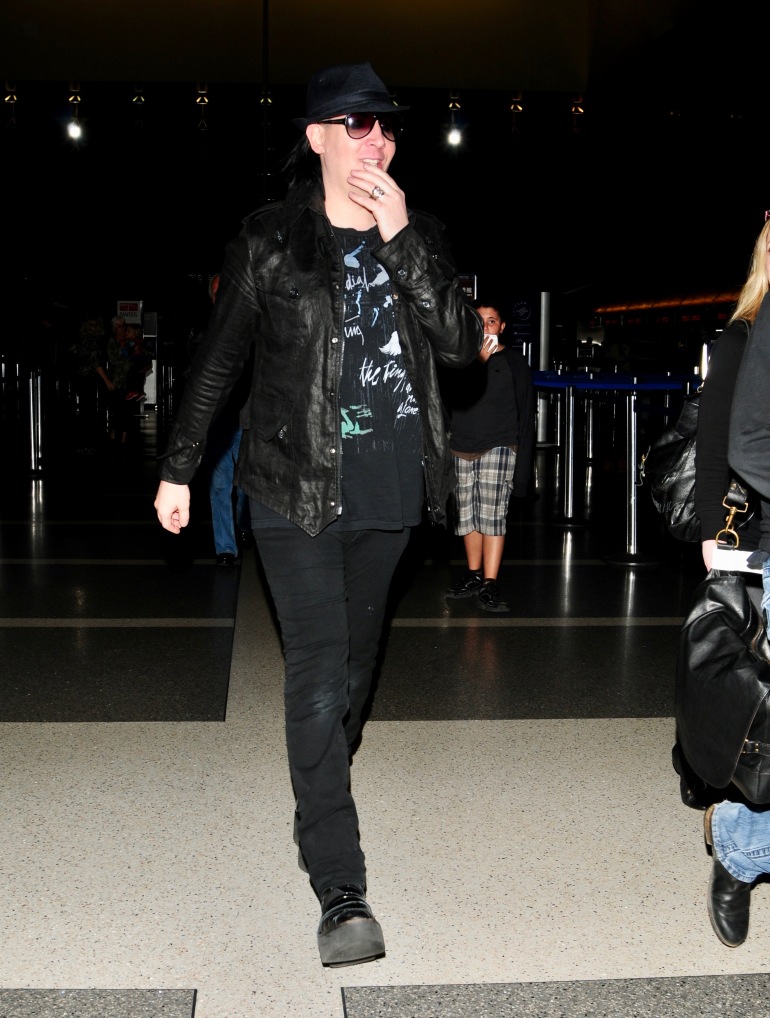 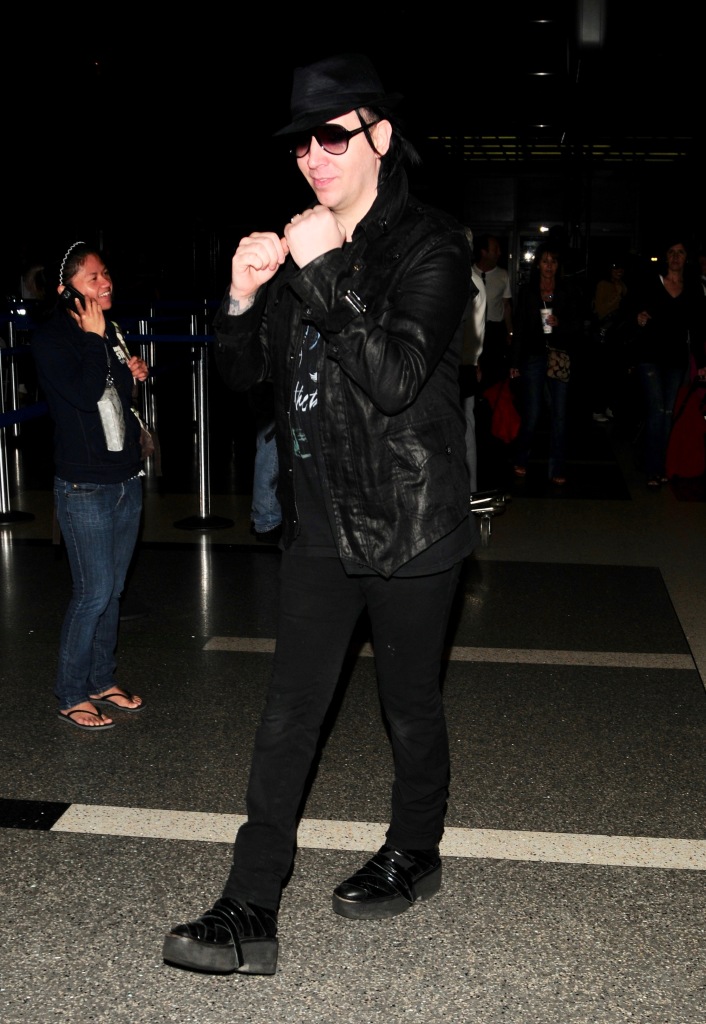 There you have. Marilyn Manson and my word vomit!

I wasted half my day and haven’t accomplished nothing. And I love to procrastinate. So guess what I’m going to do with the rest of my day? Yep. Yep. Yep.