Wow. Can I oversleep or what?!

I slept super early. Around midnight. I woke up way past 1 pm. I wouldn’t do this if I had much to do. But right now I still don’t know what I’m doing. Working I guess.

I have a few things going on this week. Got to cross at some point to get my mail. Got to cross on Thursday to do the psych test in person. Got to cross to the DMV to renew my license or attempt to do so.

I have to cross.

Good thing the next story I’m working on is about crossing. I have to interview SHIT tons of people.

I woke up thinking I knew exactly what I wanted to write. Then I wasted an hour or so on reddit whilst drinking coffee. And now I’m hungry.

Oh yeah. First things first. What I published yesterday is not to incite violence, is just I know nothing will come from the peaceful protests. Mexico, we did 5 years ago when EPN got elected. After a while it fizzled out and everyone had the attitude of “what is 6 more years?” Well… there’s one more year left. And then the elections will probably be rigged again. If that happens, then there is no more answer but violence. But best of luck Mexico!

It’s not like the US has it better with Trump.

It’s amazing what that dude can get away with it. In this article by the Washington Post and Meryl Streep yesterday… the comments… the fucking comments! People are fucking ridiculous. Oh the future is fucked. Very fucked.

Speaking of the future. I studied that shit. It was one of my favorite classes. Basically you study the past to take guesses at the future. And right now it doesn’t look good at all. In fact, I’ve been uneasy because I can usually tell where the future is going. But right now I’m super fucking uncertain about everything. There is no guessing in what will happen with Mexico and the US! And here I am! Living in both countries somehow! Crazy shit! He found the chicken! That’s no easy task! The picture is similar to mine, they added beans. It looks good. I want some now. Maybe I should have that for breakfast.

Other nice messages I got said that they really enjoy my writing, though they feel creepy for knowing so much about me. Shit… yeah. I do write a lot of everything that is happening. It’s narrating my silly life. So yep. That’s pretty much it. Sometimes I think I over do it. But I enjoy doing it. It is fun.

The dumb part of my brain treats it like work except I’m not getting paid. Everyday I get more random people following. I wonder how many I need to get paid. And then… well then it will be weird. Right now there’s like 20 clicks on a daily basis… And they are pretty much random clicks and likes.

Then Meryl Streep. Then work.

I saw Meryl Streep twice. I barely even remember. I just knew it was a difficult shoot and … believe it or not.. “she doesn’t matter much.” I mean.. yes.. she is a legend. But check it out.

The first time I saw her was in November 15, 2009. I also shot Kristen Stewart, Robert Pattinson, and Robbie Williams.

This was during Twilight movie bullshit, so obviously Steward and Pattinson were 215721804721084721 times more important than Streep.

Also. Robbie Williams was always a good sale. He was better than Streep.

And another also… Streep hides from the camera. Still got her. Here are the pics:

In this last picture we ping-pong her. Meaning, my friend took pictures from one side and she started blocking her face on that side. I hid on the other side and BAM! one alright picture.

This other shoot was on March 15, 2010. Again she hid from the camera, almost in a hilarious way. Her husband/boyfriend or whoever that man is was laughing the whole time. Seriously. She could have just avoided a little drama by acting normal. NAHHHH she loves the drama.

In this shoot I didn’t have a partner, so it was easy for her to avoid me. Ms. Streep, that same day I shot Demi Lovato, Ian Somerhalder, J.K. Simmons, Jonas Brothers, Kate Winslet, Keri Hilson (who?), Meredith Vieira, Nina Dobrev, and Rihanna. You were just another person I was shooting. I wasn’t there to annoy you. I was there covering the whole airport. Don’t act like if I was stalking you for days for a single picture. Sigh… fucking celebrities. What the fuck goes in their minds… 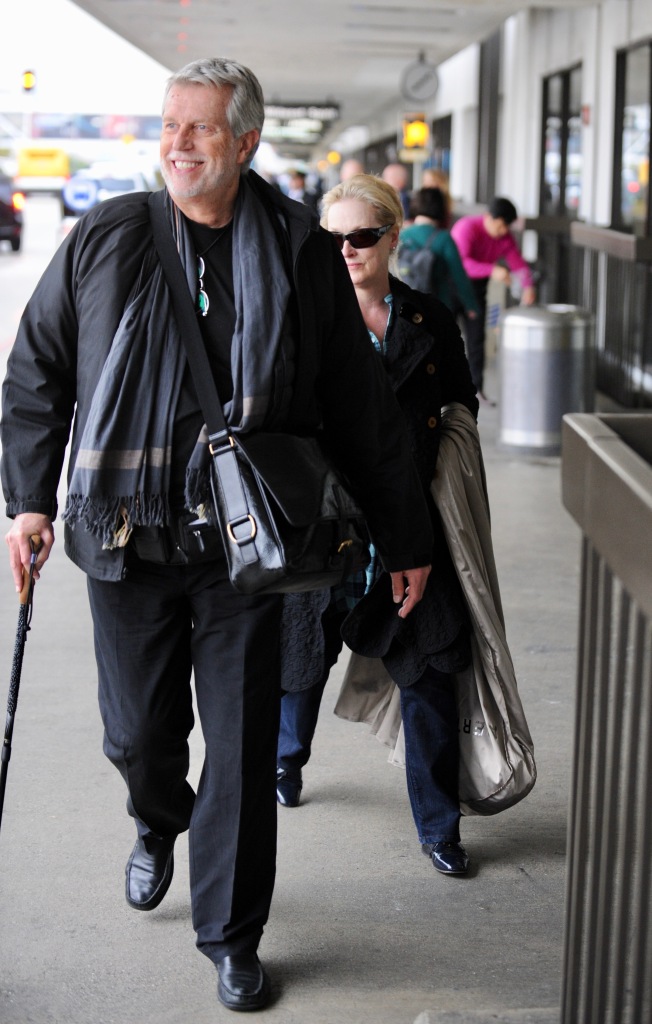 And her criticizing Trump is fine. But it makes “the liberal elites” look like more of a whinos than ever. Her speech was so dramatic. Of course the comments from Trump supporters is to brush off whatever she said. Let’s get real liberals, not everyone thinks like you. And because you an “important actor” doesn’t mean your voice fucking matters. All you did is act! That goes for you DiCaprio as well. You think you are all the big shot intellectual. No dude. You are just a pretty boy that is a good damn actor.

Ok enough hating. My neighbor just invited me for craft beer unreleased from Ensenada and dinner. So I should finish some work and then do that.