Celebrating a new year is like celebrating seeing 11:11 on your phone. It means dick.

Celebrate every second, every minute, every hour, every day, every week, every month. Number changes. I guess the year is the bigger of them all. And that’s why celebrating decades gets even more attention. And the millennium. People celebrated the dick out of that. ANDDDDDDDDD nothing happened. Besides number changing. To a nice round 2000 AD, anno Domini. Random numbers YAY!

Not even all humanity has the same years. Chinese celebrate different new years and crap. Others and blah blah blah.

Let me tell you.

“The world worlds and is more fully in being than the tangible and perceptible realm in which we believe ourselves to be at home…” (Heidegger).

“Fuckers are going to keep on fucking. The fuckery of life. Enjoy it…” (Me). Quoting myself like a real good /r/iamverysmart.

New Years depresses me. And I’ve been having a couple of great days. I’m still having a good day. But all this positivity and YAY new year bullshit I dislike. It’s just a regular Sunday. NFL is on. The Pats won again (good job with that fumble Dolphins!) I’m still avoiding work like a mother fucker.

Two reasons/excuses I like to blame my lack of productivity.

The number changed!!! YAY! Can I go back to my routine of work? Nope. I don’t have one.

Do I have resolutions?

Not really. The resolutions I set myself when I wake up everyday. I don’t have any expectations of 2017. I didn’t have many of 2016. Just to try to make everyday great, though I know many of them are going to suck.

AND YESTERDAY DID SUCK. Holy shit the weather was crappy as fuck. I went out just for one beer and to look for food. The bartender gave me the “aww you are here by yourself?” like it matters… I sat at the bar and read an article about los XV de Rubí by Andrea Noel. That’s a good fucking writer right there. It seemed sad to be at the bar by myself reading. But then I looked around and there was one fucker with sunglasses on, headphones on, watching a fucking movie in his phone and laughing to him

Had Tacos el Rey. Then played Shovel Knight all night.

I heard the fireworks. I had my camera ready. I protected my camera from the rain with a plastic bag from 7-eleven and went up to my roof. Took pictures for a good 30 minutes.

Drunk editing and abusing the clarity bar like always: 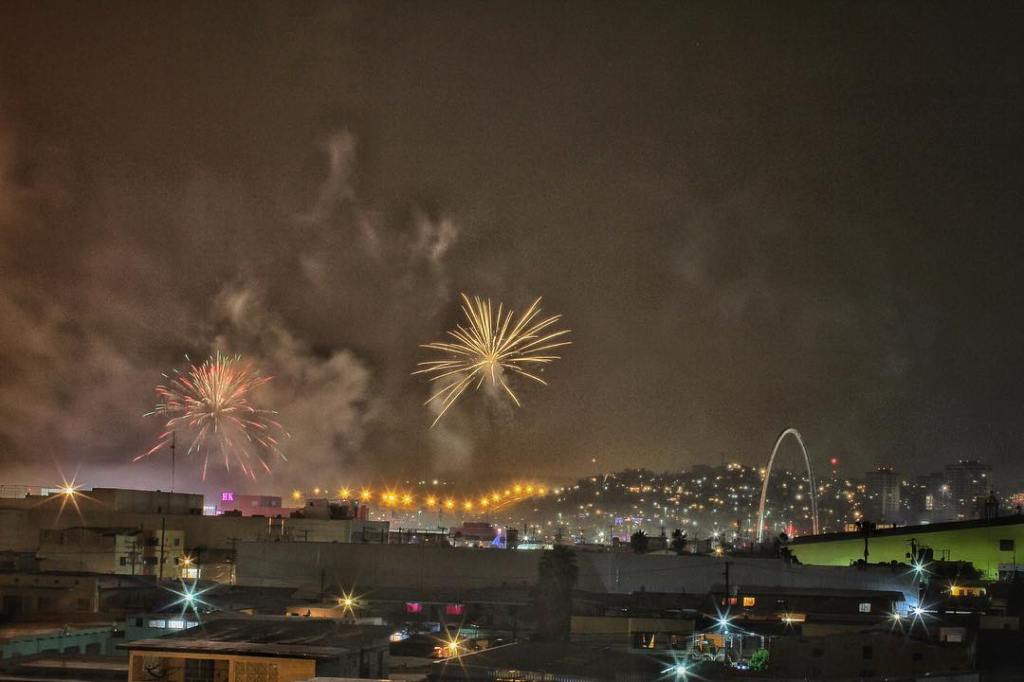 The actual idea is too blend multiple shots on PS since I took the same angle. And not really just drop highlights and up the shadows and structure. That’s for IG. Because YAY!

Now that I’m reviewing the pics… I realized I forgot to fuck around with the zoomin/zoomout thing I like to do. That always brings out interesting results.

But fuck that. It was very cold outside and I was getting wet. Fireworks were all around me as well. I saw more coming from Casa de la Cultura and thought about moving my camera that way, but stayed on the same angle instead.

I tried different settings. Had the white balance on cloudy because usually when it’s raining out that WB makes the clouds pop the fuck out. It gave it a weird color so went back to AWB. I was shooting 2.5 seconds at first with high ISO and low aperture, but then I dialed in what I think were the best settings.

The two pictures posted are 10 seconds at 16 aperture.

Rain did ruin a lot of the fireworks.

They didn’t raise far from the roof of Hong Kong. Actually, some of them started to explode really close to the building and in quick successions. I thought the building might catch on fire. Someone probably got burnt…

Here are the ones posted above original sans fucking them with Snapseed. 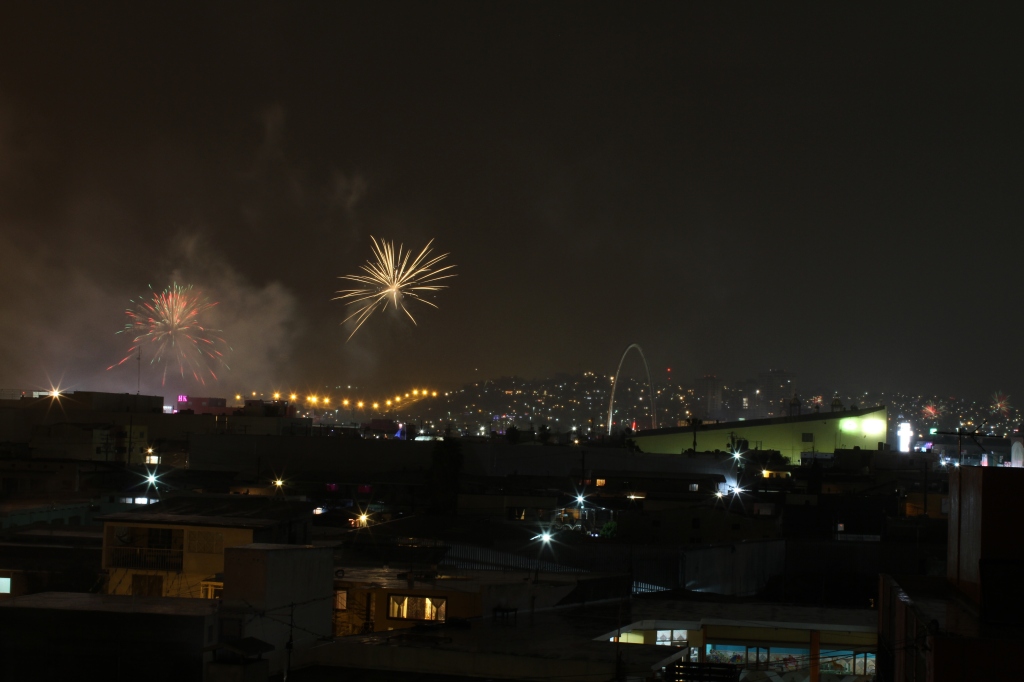 It can easily be a 3-10 picture blend on PS to have the sky filled up with fireworks… Now if I only knew how to Photoshop correctly.

Thinking about it. I should learn more PS before fucking with coding. And Uber is something I really need to get into in San Diego.

They are not new years resolutions, they are more like realizations. And not because of the new year. Just because shit happened.

I guess new years does affect me a bit. I don’t even know where to begin summarizing my 2016.

I’ll try. 2 written cover stories. 1 picture cover story. Several feature stories. Several City Lights. Many Tijuana Adventures. Summer road trip and flying for the first time in 5 years. Went up to LA for a bit as well. Made way more money as a freelancer than the previous year, but overall, almost the same amount. Nothing close to LA money. I get back into the camera business. It’s been a year of shooting. I’m enjoying it.

I would post every single thing. A lot of it got recorded with my camera. But I already wrote about it a lot. I’ll continue to write more and more word vomit.

I don’t do it for you. I do it for me. Now that I made a habit out of it, it’s really difficult to quit.

He doesn’t have an actual birthday since he is an adopted street cat. But when I took him to the vet, he told me he was born between December 2013 or January 2014. That fucker just turned three. And he is a fat fuck. And I love him though he scratched my face.

I gave him some salmon wrapped in prosciutto yesterday. He fucking loved it and went crazy for a bit right after.

Hungry. NFL. My mom is having a sort of get together in Playas. I’m heading to the beach. First, some quesadillas with beans. Too hungry to go all the way over there without eating anything.

I should finish those three articles that sit in my desktop with just the title and ideas written but nothing else.

But I DONT WANNA!