I received an email early  with the title “Blogging Opportunity.” They invited me to write for a webpage called “MyTrendingStories.” They complimented my blog, told me about their project, and invited me to be a part of it.

The first link tells you enough to think, nope, not writing for them. Then I clicked in several others. Tons of bloggers incredulous that they got invited to the webpage seemed to have fallen for the bait. They all excitedly blogged about it and said stuff like “don’t worry, I’m still writing here, but I’ll be writing for them too.”

My Trending Stories has the advantage that they say they will republished anything that I already blogged. That’s about it for advantages. There is no pay. They will publish you for exposure. Problem is, they don’t even have any exposure (my Twitter account has more followers than them, non-existent FB or IG). Also. I don’t give a shit about exposure. I mean, it is part of my job to have more followers/readers so I can get paid. But it’s because it’s mostly about the money, I don’t care about having more followers for other reasons than the money.

Shit. Even Blasting News who I sent one story about Japanese culture in Tijuana was way better than this crap. They paid if I reached certain views, which is BS, but at least they offered some pay.

If you are curious about the email, this is what it looks like. I received it at 6:14 am. Thanks for the wake-up email! That’s all it was good for!

I was happy and complimented at first. Too bad I know how to fucking use Google. Their page is also pretty horrid.

Now for the real good news!!!!

MY FIRST PICTURE COVER IN THE SAN DIEGO READER CAME OUT! I had another cover with them already, but that was my text, not my picture. This time is my picture, but not my text.

Click on the image or here to read the story by Chad Deal.

My previous cover on a magazine was this shit for In Touch. 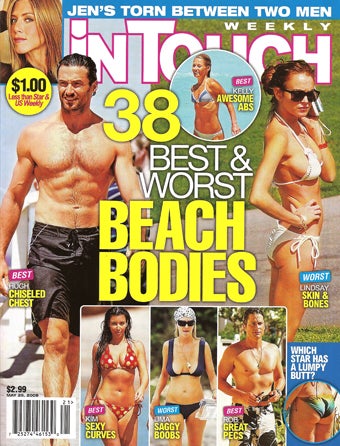 To read about that… and my experiences with Lindsay Lohan, click the image or here.

So… YAY FOR ME! Two pictures officially in covers of magazines.

I’m way more proud of the San Diego Reader cover. Going on that trip with Chad was an awesome experience. I got to camp and take pictures of the sky, which I really wanted to try out. We explored Jacumba Hot Springs, the border, it’s surroundings, a nudist colony, abandoned buildings, and tons of quirky shit. And obviously, we got a great story from Jacumba. I want to go back to that place…

Here’s the full album, which I haven’t previously posted because I was waiting for the Reader to publish the magazine.

Jacumba and the Border – 70 Miles east of San Diego

It is for me personally, one of the best things I have worked on. I miss travel stories. Those were my favorite in my paparazzi days. Being sent to the middle of nowhere and exploring places.

I wish this cover meant I get to relax because of money, but nopeeeeeee.

This was already paid, and since it was only pictures, it wasn’t very much. I have to work. And lucky for me, I have plenty of material for me to work on this week. A writer friend from New York hit me up yesterday and told me that he has been liking my stuff. That made me feel better. To keep on writing. He insisted I should start on a novel. But I barely make money from writing. I can’t write that much more. Especially since I already waste plenty of my words blogging daily :)

In the next few days I need to finish 3 articles, which I already have all the material for. It’s an easy target and I am inspired. Two of those articles are about food. Which have become easier the more I write them. The other is about another zany character from Tijuana, the great Pepe Nacho.

I woke up early this morning, had a coffee, and went out to talk to Pepe Nacho. He always hangs out at the end of Segunda on Via Rápida, selling newspapers. I talked to him for like an hour… full story later.

Came back home, and had pizza for breakfast. The same pizza I had for dinner. I kinda liked it better this morning. Full story on that … later as well!

So I have the next few days tot work! Luckily I am inspired and I have enough money in the bank that alleviates my worries on searching for a real job. Still want a real job. Or more photo gigs. Because this freelance stuff is good when you have a steady workflow, but it seriously sucks when uninspired, concerned, and with no work to do.

This week and next, however, I do have work cutout in front of me. Which is good. Besides the stories I am working on, this Saturday I am interviewing a friend of mine for another story, a longer story, and I’ll have that next week. So I have a lot of work in front of me and for kicks, I’ll still blog everyday.