The shitty part of the week. I’ve only written one article which = I’m not making much money. Especially because it was a food article and that’s almost no money.

The best part… FUCKING HALLOWEEN. It’s so much fun.

Pictures narrate my night better than I can with words! So check out the album!

Friday I slept all day. Roommate was gone. Came back home. Slept. Went out for a drinky poo or two and went back home.

Like Mr. Lahey… I let liquor do the thinking… or the writing.

It’s funny… my roommate is able to work while drinking. I can’t. I simply can’t. But I do ponder. And what I ponder translates into what becomes this word vomit.

Saturday not Halloween night but most likely the only night for costume parties came. And I didn’t really feel like going out. Or being a fucking cow again. But I wasn’t going to let the best night of the year go away unscathed. I got my cow costume on, bought a Red Bull and went to meet my destiny.

By 9 pm I was already tired and wanted to go to bed… but I haven’t even seen that many people dressed up. In fact, I was basically the only one… with just a few others scattered around. It wasn’t until close to midnight that the debauchery began. But by then I was super tired and kinda drunk. Drunk = trigger happy = tons of pics. So in a course of 2 hours I got my best material.

Sunday is still NFL Sunday. I managed to edit the pics and post the nice timeline. I’m coming close to 6,000 views and I think it won’t get that many more. Want to make it to the front page, but doubt that I will be able too.

Lovely lovely Monday! I need to be productive, but I’m still stuck. I need to find Shrek but he is not easy to find. So other stories are in my mind yet it is hard to progress. And also a very fun thing is about to happen.
A friend from Querétaro who moved to Kentucky in his early teens was in Los Angeles for the first time in his life this week, and now he is taking the train down to San Diego to come to Tijuana. Fun times ahead! I haven’t seen this dude in more than a decade.

I chose Ms. Love because my roommate and his girlfriend dressed up as Kurt Cobain and Courtney Love for Halloween. It just looked like them any regular day. Roommate already looks like he was farted out from the 90s. Didn’t even put a headshot or zombie Cobain or anything. Girlfriend was carrying a bottle of Jim Beam. Nothing strange there.

I found three albums of Courtney Love. I barely… or almost at all remember this shoots. The one shoot I remember I don’t have. Which is dumb because is the one I wanted to write about because it’s the one I remember the best.

I remember it because it was on Terminal 2 with Air France. Believe she was flying to Charles de Gaulle (Paris). Anyway… it was late at night. It was just me and my buddy waiting for her. She comes out of her limo running… with a LIT FUCKING CIGARETTE IN HER HANDS. She zooms inside the airport with the cigarette still on. She is about to take a puff inside the terminal when someone just motions to her that she can’t smoke.

She runs outside, throws the cigarette curbside and runs back inside. I remember the pictures being somewhat hilarious. Alas, that folder is lost in that empty crevice of my hard-drive, those few months lost.

Here are the pictures I do have.

OH GAWD I’m dumb and I just searched for Courtney without the “Love” and found the pics I was talking about (and also shit tons of Courtney Cox).

The night with the cigarette incident was February 6, 2009. I wasn’t a very good shooter, I was nervous, the pics aren’t very good, but you can see what I was talking about. Also… she had SHIT TONS OF LUGGAGE. 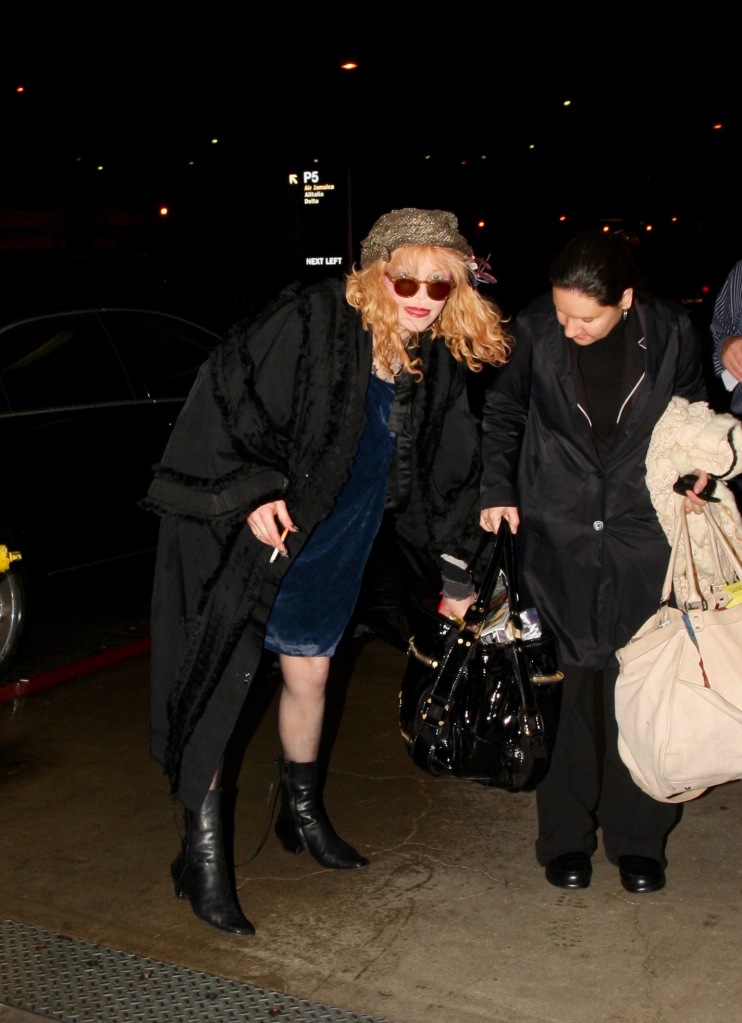 And the rest of pics are garbage… except there’s a picture of me… Age 22… CRAZY!

Look at that young motherfucker. I loved those shoes. I loved that hoodie. I still have the same Timbuk2 bag, but the insides are giving up.

It wasn’t until June 3 of 2010 that I saw her again. But I barely remember this shoot. 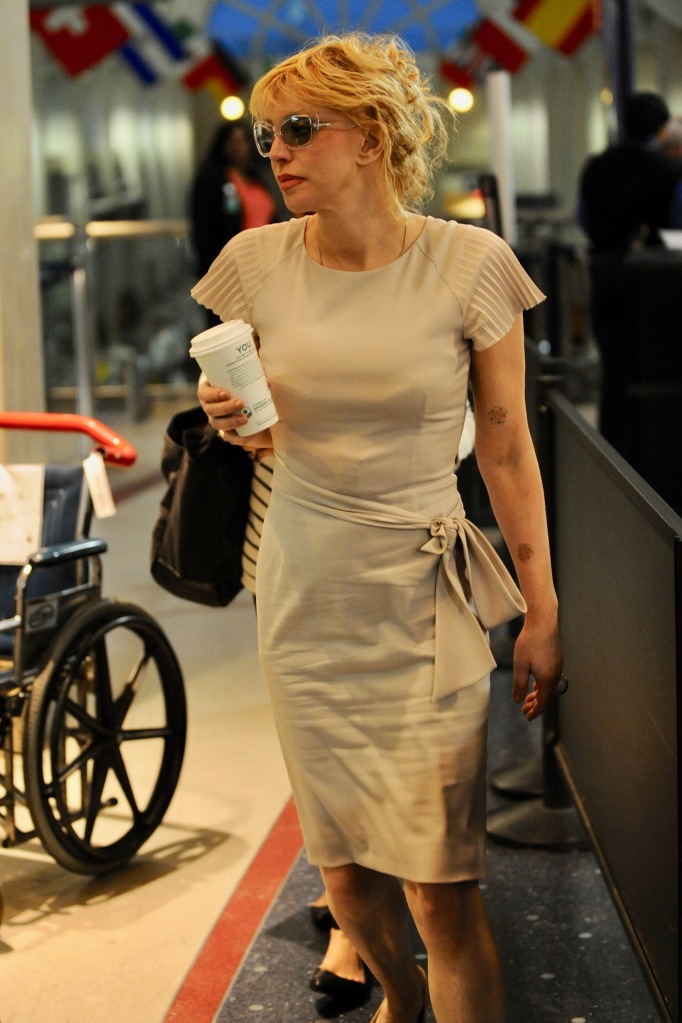 She seemed to be in a good mood. 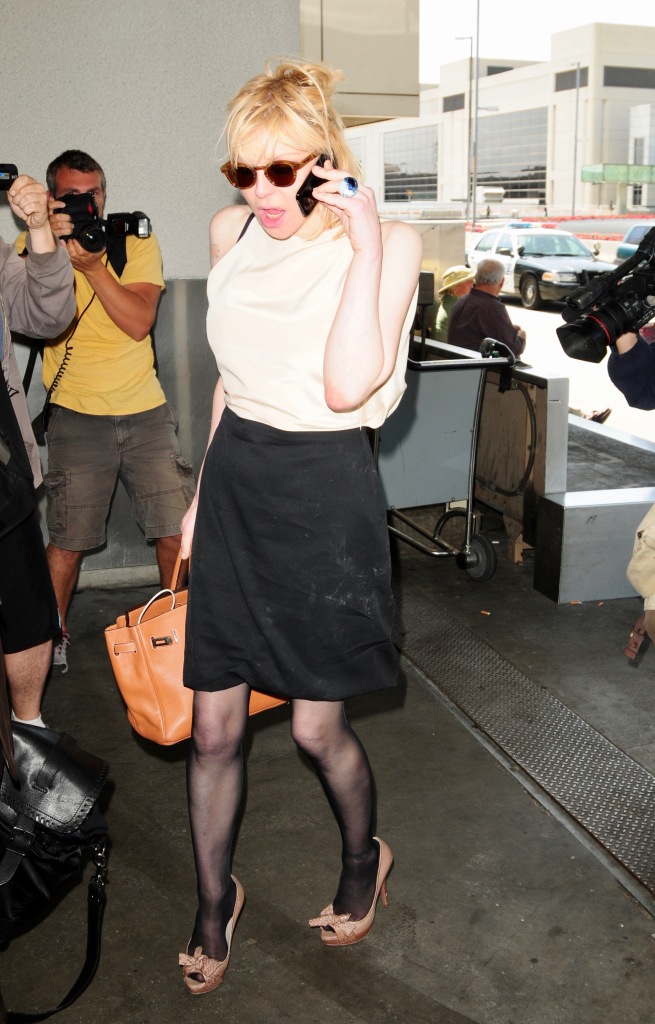 So many photographers, obviously non-exclusive.

I’m sure there were way more mags/blogs that used the pics as well, but that’s the only one I have saved.

Finally, August 11, 2010. The last time I saw her. Pics were shit because they did this nifty trick on Terminal 6 (Continental) that they brought her through the bottom to the top on the elevator, evading the departure zone. Also, Terminal 6 (at the time) was impossible to shoot at TSA… EXCEPT I knew the best trick… take the elevator, there’s a small space where you can hide before they kicked you out… wait for the perfect moment… AND BAM you get a nice shot. 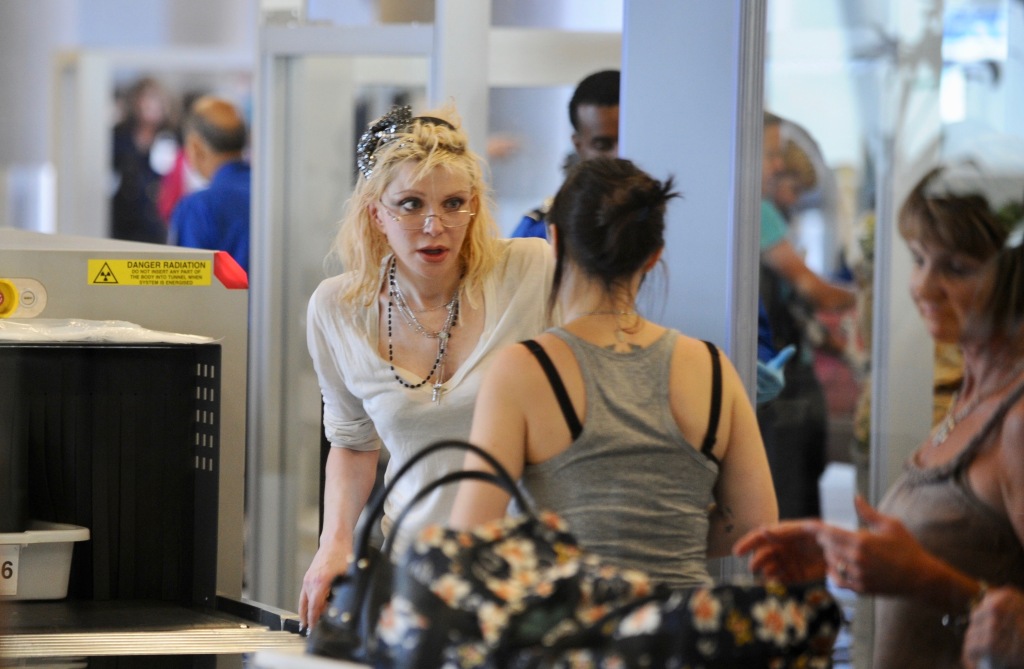 NOW!
I have a very busy week. Well… kinda. Not sure. I gotta cross the border and meet my friend in San Diego and then I’ll improvise what we are doing for the time he is here. I also need to find stories. I mean… I actually know what to do. I just need to do it. Clear my mind. Get to work. Gimme work. I wish I was still making money from pictures.