My Earliest and Healthiest Tour – Especiales While Sick – Verne Troyer

I had my earliest tour yet this Saturday at 11 a.m. I met with Michael, his fiancee, and his mom to get to know as many neighborhoods of Tijuana as we possibly can, since Michael is thinking about moving into town. We started with Playas, ate in Telefonica, went around Cacho and Chapu, far to almost Gato Bronco, then back to Zona Rio, to end the tour eating ice cream at Tepoznieves. It was fun. It was healthy (didn’t had a single drink). And I made $100.

I was also a bit sick throughout the whole thing, but I think I hid it well.

Night came and though sick, I wanted to get out. Especially because I only had a crisp $100 bill and no one in Tijuana would accept it, so I needed a bank (or an exchange house, but bank was better). Once out, I decided why not, a couple of especiales. A couple turned into way more than that and I came home past 2 a.m.

Woke up Sunday feeling like shit. Abused my medicine cabinet. Felt better. Passed out. Went for food. And why not. More especiales.

I was supposed to look for Shrek this weekend, but I got busy, and sick.

Now Monday… I’m still coughing. But I feel much better. The weather is getting cold. Winter is coming. My beard is growing white for my 30th winter in this planet. Getting old. Can’t complain. Still looking for a steady gig, since I have no idea what I am doing this week for work. I’m thinking about going to Burger King to write a silly review about the place.

This got published today a few moments ago. It’s about Mamut Brewery Company.

I felt bad because the beer has been really horrible the past months. But I love the place. And surprisingly, right after sending the article, the beer got way better. They have a very decent Session IPA and for $2… it’s such a bargain. The Imperial Brown was okay as well. Before that, they had some very undrinkable beers.

Anyway. This blog post sucks. I am aware of it. I’m not that inspired. Just on my second cup of java and still have no idea what I’m doing. Still feel a bit sick. And I need to shower. Cold shower. I’m seriously thinking about buying an electric water heater. After almost 3 years of no hot water, it would be nice. Very nice.

I kid. Verne Troyer is actually pretty cool. Besides being awesome in Austin Powers, he was probably my favorite person in a VH1 reality show with celebs. He was hilarious. And he peed in a corner of a room thinking it was the toilet while he was highly intoxicated.

I only saw Verne once on September 21, 2010. And though he seems angry in the pics, my memory tells me he was cool. I remember TMZ was there, and my TMZ friend was always good at making celebs open up. Also… YES. HE IS FUCKING INCREDIBLY SMALL. You think you know how small he is. You could imagine how small he is. But it is not until you see him in person that you realize… holy shit… he is even smaller than a toddler. My 2 year old nephew is probably bigger than him.

His driver helps him get out of the car. 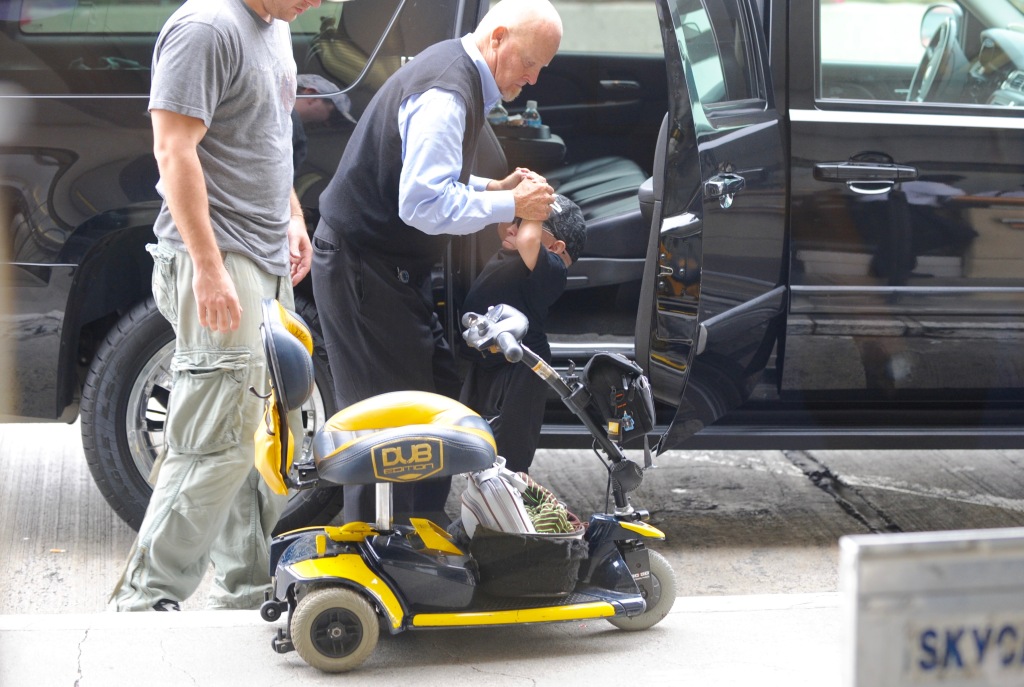 Getting on his awesome pimpmobile.

That’s how he sat the whole time. 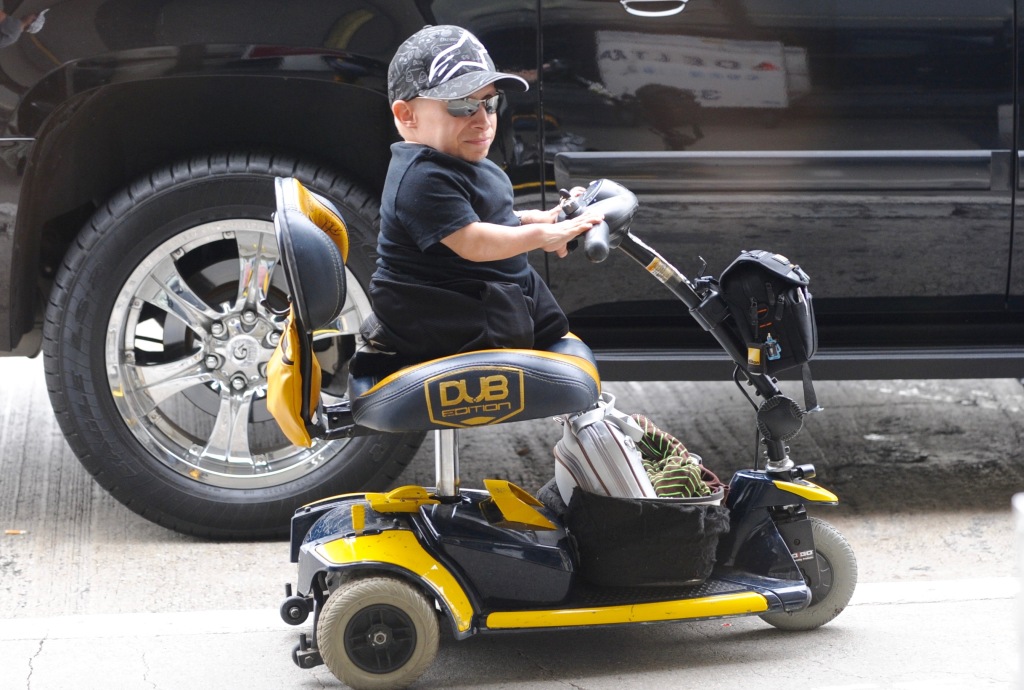 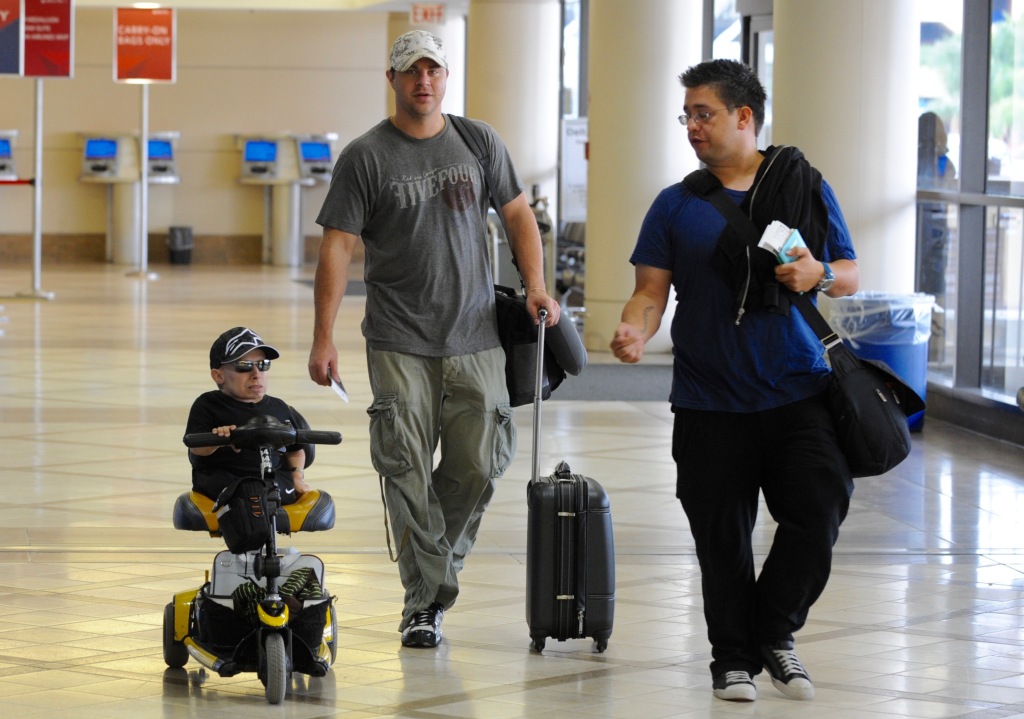 Looking at all angry at me. Maybe because I was literally on my knees to get to his level so I can shoot him. 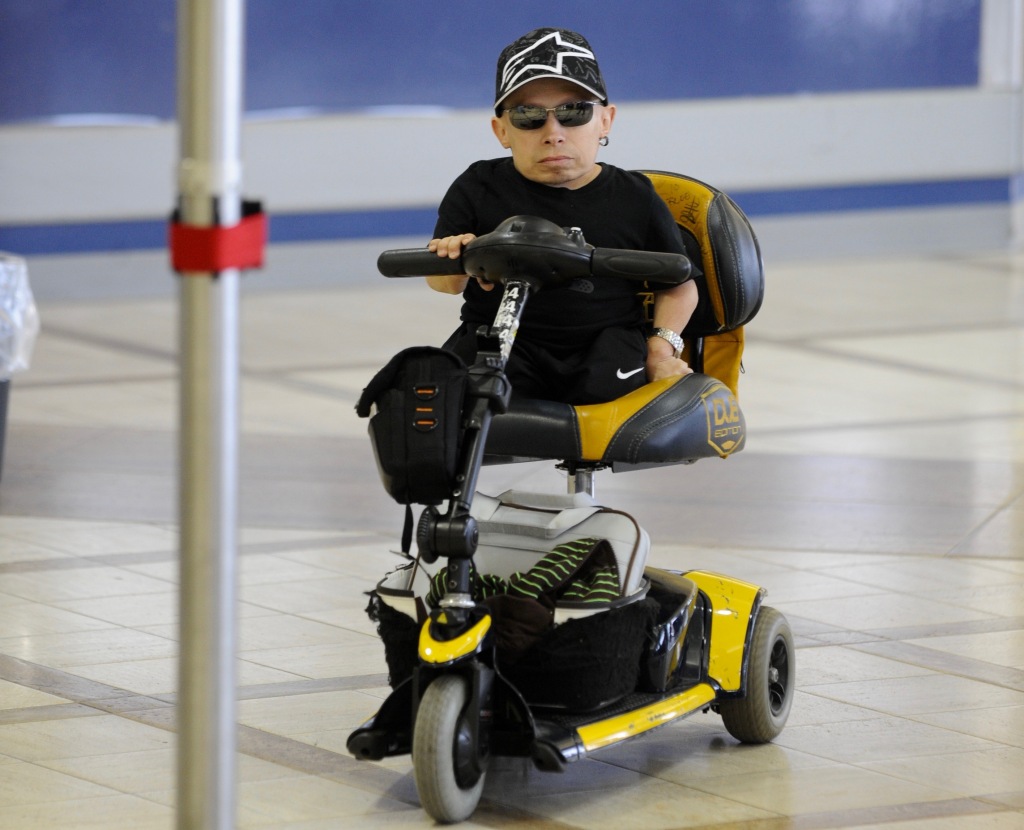 Talking to TMZ. I remember him being cool. But no pictures of him waving or smiling. Maybe my memory is wrong and he was a dick. But I don’t want to believe that. Verne Troyer is awesome ok!? 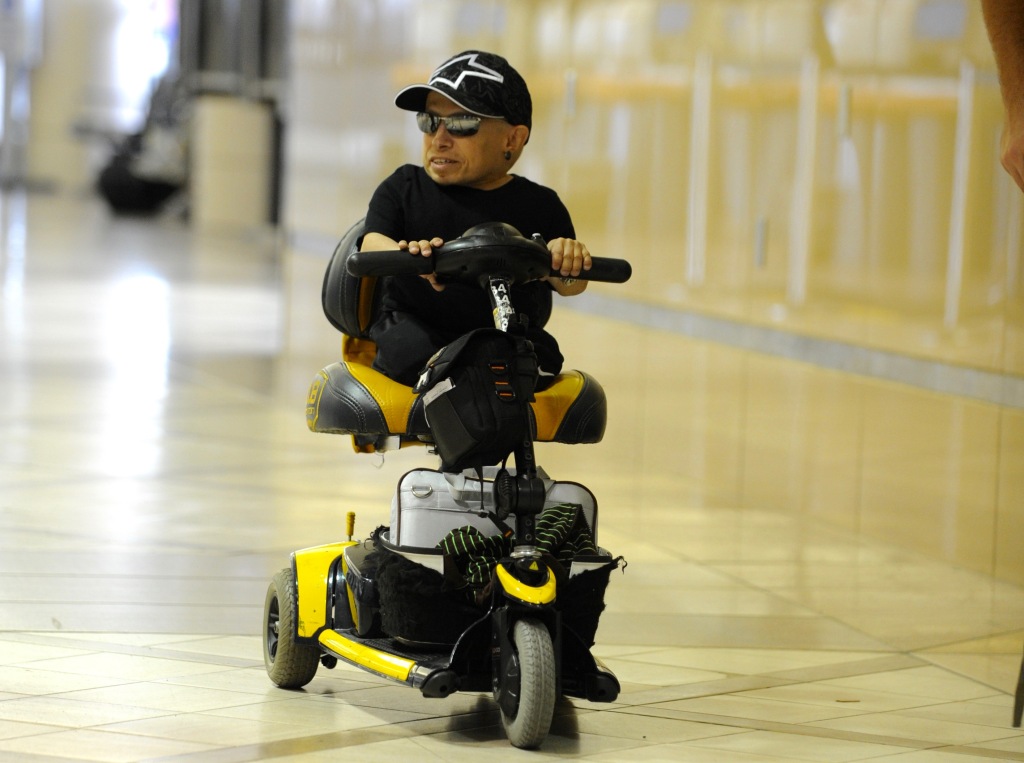