Last week was supposed to be amazing. I had this three day beer tour event invitation to just enjoy beer everything paid. It got canceled. Plans fell through, and I fell with them.

My week was wasted in absolute nothingness. When I said I was going to work, I ended up frozen in time, procrastination holding every limb into oblivion. I didn’t do much. I just stared at a blank screen waiting for words to come. They didn’t. Not until Friday.

And I don’t get it. Out of nowhere in Friday I got super inspired and did what I should have been doing the whole week. But I didn’t finish. I got distracted, then got more distracted on Saturday, and some more on Sunday (NFL) and now it’s Monday again. Need to work. But all my procrastination of last week = I am going to be broke again. Good job me.

Monday after posting my blog, I had friends visit from San Diego. We went to check Playas de Tijuana and got some beers and food there. This is what that looked like:

Like always. It was good times. And because it was Labor Day Weekend, the line was horrible, so I spent a couple of more hours with my friends before it was time for them to leave. Monday was blog time, and food time, which was somewhat productive for material for a feast.

Tuesday came and I barely have a memory of what I did. I tried to work for sure, I was actually supposed to finish an article. Boring stuff. Sending emails. Resolving stuff. This is when I also found out that the rest of my week got canceled. This kinda brought me down. I didn’t finished what I was supposed to.

On Wednesday I wrote a food article about the pictures above (and many other pictures). They also cut my water off because all of Tijuana didn’t have water. Ironically, they cut it off in my place from the lack of payment, my block still had water.

Thursday I sent the story in. Food stories don’t pay much. So it was basically nothing. I also hung out with my aunts who came to visit from Guadalajara. I also got an email from the beer event, apparently some emails I sent might have helped resolved some problems.

Friday became crunch time. I haven’t done much of one article I really wanted to finish. Maybe it was the pressure to work, but finally, the word vomit started to flow. In less than 3 hours I did more than I did through the whole week in two different articles. I wish I was that productive everyday. I was pushing myself to be that productive everyday. I will be pushing myself again. Because seriously. Tired of being broke. And I don’t really want to do tours anymore. A photography gig would be perfect.

That Friday I also did my laundry. I also went to a birthday party at night. Basically I did everything I was supposed to do through the week in one day. Friday was a good day.

Saturday was good as well. Though it dissipated into nothingness. I crossed the border early to go to a Burger & Beers Fest hosted by the San Diego Reader. I wish I was hungrier than I was. But burgers at noon are difficult to swallow. If they made the event from 3-7 pm I would have eaten more (it was from 12-4 pm). There was a talk of an after party, or just bar hopping, or something. But everyone just went home… and I ended up stuck in a coffee shop waiting for something to happen. It didn’t. I went home then did nothing.

Here are my favorite burgers:

This burger was one of my favorites, but it was also my first. From Notorious Burger, it gets an honorary mention because it was great but hunger didn’t really allow to be the best judge.

This was my #3 burger from Funky’s Fries and Burgers. It had BBQ pulled pork which I feel is like using cheat codes. They won 1st place.

This was my #2 burger with Brie cheese from Sublime. I was already super full and this was the last burger I bit into and was amazing. For a burger to be that good when you are really full, well, it means something.

And my favorite burger (which I believe it didn’t qualify) was this burger from Bagby Beer Company. With tomato pesto, bacon, caramelized onions and more goodies, this burger was amazing.

Here’s the full burger album (warning, it will make you hungry):

Sunday was Sunday. Gallos Blancos (my soccer team) lost against Pumas early morning, which sucked. Then NFL. Football games were actually pretty fucking good. Saints vs Raiders was really fun to watch (Raiders won my respect with that game). Same with Cardinals and Patriots. And the other snippets of football I watched.

Now it’s Monday. And I got to finish the work I didn’t do last week. I have to finish basically by tomorrow if I want to get paid. Inspiration shall come to me. Besides finishing work the next few days… I’m going to do something ballsy that I tried at the beginning of the year and it didn’t work. Let’s hope this time it does. So I am not sure what my week holds besides trying to work.

I had no idea who Lauren Bacall was when I shot her. I am not a movie bluff. I never claimed to be. I barely even enjoy movies. So I am not good at recognizing celebrities from the past. Or from the present. And since it’s been more than 5 years since I quit, there’s been a lot of new celebrities that I have no idea who they are. This is also post #97, which means I’ve been writing little snippets about my encounters with celebrities for a long time. I’ll be reaching #100 and I don’t know what that means. I don’t know why there’s this urge of getting there, to feel accomplished, for nothing.

So… because I still had no idea who she was, I watched the video above (and read her Wikipedia). I was in the presence of that legend and I didn’t care. To be honest, I still don’t care much. I mean… absolutely stunning and the old school cinema looks awesome, but also very boring. At least for someone who doesn’t care that much about movies. I wonder how the old stars would translate into todays world.

Anyway. I saw Lauren Bacall more than once, but I only have two albums of her. I remember her seeing her coming out of Tom Bradley International to a barricade of photographers, but maybe that was some old actress. The albums I have I barely remember.

The first one is from June 8th, 2008, which means I had been working official as a paparazzo for less than a month. I can judge from the pictures that I had no idea who Lauren Bacall was, and that I didn’t want to bother an old lady.

The second set I also don’t quite remember. I shot it November 18, 2009. I had just switched agencies (I can tell because Nikon vs Canon). It looks like it was a very nice shoot. The thing that bugs me… is that the TSA fucking patted her down. Lauren fucking Bacall was going to have a bomb or what?! They did this to so many people now that I think of it. And to be honest, it was always a good sell. So TSA doing that shit was good for my job, but it is just horrible in general. 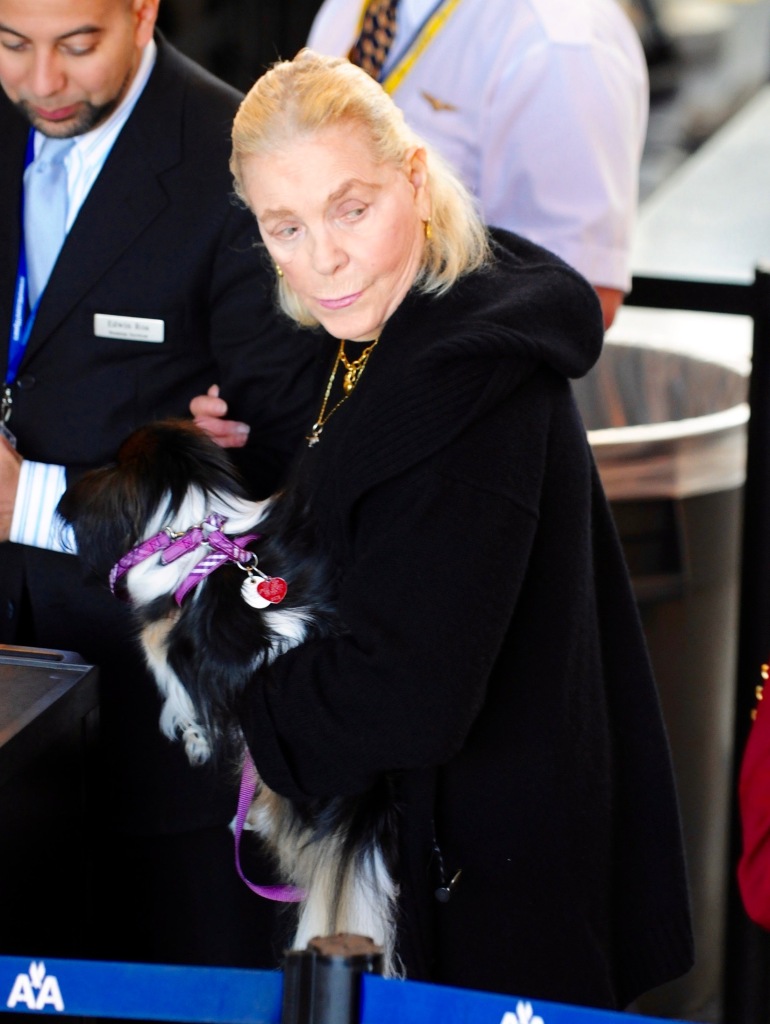 So they made her do the airplane…. poor Lauren Bacall going through this TSA bullshit.

That’s it! I just took a stroll through Zona Norte before publishing this to do a bit more research in the story I got to deliver soon. This week is also Mexico’s Independence Day. Completely forgot about that bullshit. So Tijuana might get rowdy!

I got stories to pitch, and shit to finish. SOOOOO I am out. Till next week and soon post #100!! YAY!