My first night here I woke up around 5:50 am feeling strange. I looked out my balcony and the sky looked like this:

This is the album of the last stretch of the trip. We got rejected from Zion National Park (and paid $30 to do so… fuck them). We camped on a place called White Bridge in Dixie National Forest (it was an awesome life saver, and probably best campground). Next day we got rejected from Zion again… and found camping at Red Cliffs (Hurricane, Utah). It was 100+°F outside… luckily enough we had beers and Quail Lake nearby. Next day we went to Las Vegas early. Camping done. Luxury hotel enjoyment and losing money was next (I actually ended up earning some money).

Here’s the photo album for that last stretch (warning… offensive light painting pics are in album):

I am really broke for now, I spent way more than I thought on the trip. I am counting all the pesitos I have left. The good news is that it shouldn’t last long. I have a lot of work to finish in the next days that my next paycheck should make me happy. The bad news is that the job that they offered me seemed to be a bit dry right now, so the extra $$$ I was hoping monthly… hasn’t really happened.

So I spent my whole week re-adjusting myself. Feeling weird. Staying home for the most part since going out = spending money.

Positive karma is being good to me though. A reporter contacted me who works for Al-Jazeera (amongst other things) and I hooked up with Tijuana stories, just to be a nice guy. Well… out of nowhere he sent me a text that he will send some $$$ my way for my help. It’s very minimal cash. But it will help me survive.

Riding the positive karma train, I might also be getting photography gigs soon. That’s something I should really be concentrating on. Four years of photojournalism in the top agencies in Los Angeles should not be ignored (Yes… I’m calling paparazzo job photojournalism now for career sake). Event photography, portraits, pet photography, weddings, proposals, sports, food, whatever… I can do all types of photo gigs. I need more equipment, but with what I have it’s looking great (and I can borrow some from friends).

And for more positive karma… more work! I should contact editors soon and give my ideas. First and foremost is doing a write-up of the whole trip. Obviously much nicer and well redacted than I write in this blog. This is just pure word-vomit. I also have a couple special assignments to work on. And will be doing a bunch of food reviews that I have in mind.

And I almost forgot… on Thursday I went to San Diego for a meeting for a gig. I am now the curator of Baja Beer Festival in San Diego Beer Week. This is going to be A LOT of work. But should be really worth it.

TL;DR I am busy and have almost no money but that’s fine because in two weeks I have a chance of having money but that depends on the work I do which should be a lot.

I’m going to go have breakfast and think this one through. Great breakfast when you are broke. Molletes, aka, Mexican pizza. All you need is a birote (or telera), beans, cheese and salsa (optional, some cold cuts, usually ham).

After scrolling through TMZ and barely recognizing celebrities, and those who I knew who they were I loath… I realize that I’m coming to an end of talking about celebrities. This is going to be post 94… that means I’ve talked about more than 100+ celebrities and posted their pics (some blogs include more than one celeb). I still have countless of pictures that never saw the light of day.

I thought I already told the story about Julia Stiles… I recount telling it several times, but a search through my website says I haven’t. The pictures are from August 30, 2010. I was getting sick of the job by then and was already thinking about quitting (though I didn’t until a year later). I still remember the day exactly like it went down.

I had Julia Stiles in my list, and I knew she wasn’t fond of the paparazzi. The day I also shot Ben Stein, Erin Andrews, Kat Von D, Tina Fey, Tracy Morgan, John Stamos, Julia Louis Dreyfus, and Jimmy Fallon. I have almost no memory of shooting them except Julia Stiles.

Julia arrived through American Airlines by herself. No driver. No help. No greeter. She saw me with the camera and started shying away. I knew she had to go to the parking lot because it was obvious she had left her car there… so I was there with my camera. She was nervously looking around and sorta freaking out.

I put my camera in my bag. Calmly walked to Julia and told her the situation. I remember telling her that I was a fan, just a nice guy with a shitty job, and that my boss sent me to take her pictures. She turned super red (especially when I told her that 10 Things I Hate About You was one of my favorite movies ever). I told her that we can make it simple. I’ll just get a couple of shots of her walking to the parking lot. That’s all I needed.

We chatted for a while… she relaxed.. I was relaxed and then I walked her to her car. Of course I had to take pictures, so I only snapped 19 quick ones, then accompanied to her car while chatting (obviously thanked her a lot). It was a lovely experience.

Looking at the pictures… aww.. I loved that movie so much. It was great to talk to her (I can’t believe I haven’t posted this story before). Anyway… here are my best pics of Julia Stiles smiling and being nice to me :) 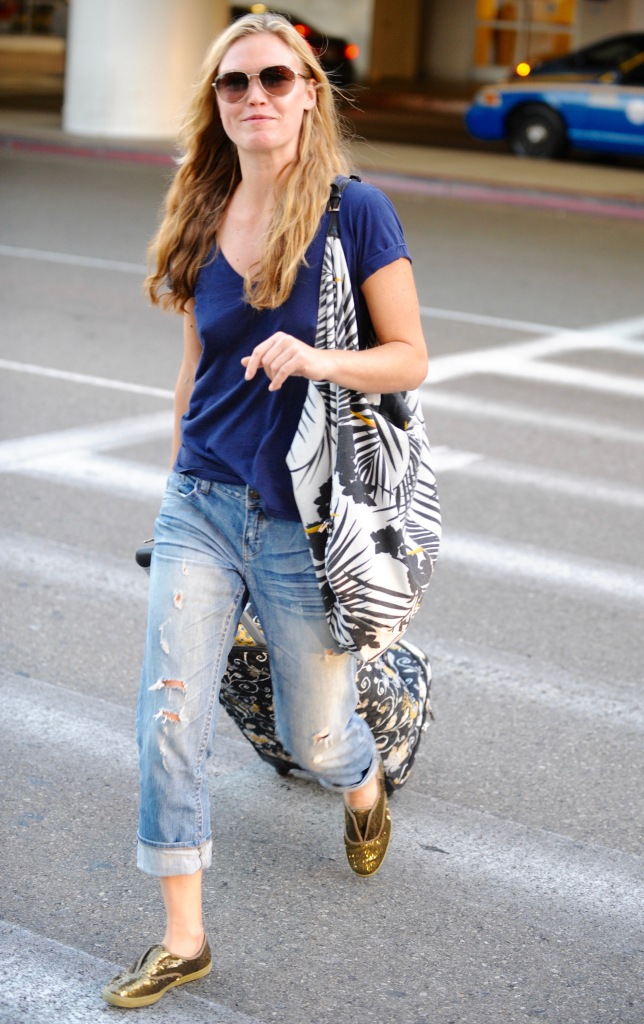 There. Blog posted. And I’m smiling because of the happy memories of just talking to Julia Stiles like a regular person. I think celebrities enjoyed when you were just honest and treat them like another person (or at least some of them, or that was my vibe). Now… to do some real work! I already ate molletes, worked out, shower, and it is time to do some real stuff and keep doing more real work for the week!