It feels like I didn’t delete my Facebook at all. I already kinda want to have another break. At least I try not to comment on anything and limit my FB use to messenger and sometimes randomly scrolling around. I don’t have the FB app in either my phone or iPad (messenger I do), but fuck checking notifications of shit that I don’t care about constantly. I have work to do!

It took me a whole week to work on a feature story, wrote 2,500 words. In my opinion, it’s not that good. But I sent it to a bunch of friends to read before turning into my editors and they all liked it a lot. Said it was one of my best. So I’m confident on my work now and I should do more of it.

After that, I worked on a special edition article. That was an easier write, but it also took me a while to work on. Which btw… I haven’t send the pictures, I need to do that ASAP.

Monday like I always I posted my blog, then got back to work on the feature story.

On Tuesday I announced a new tour guide with Tijuana Adventure. Haydeé will be helping me out with extra tours, blogging, etc. She also has an AirBNB space that will come out to be very useful. I’m also planning on doing the same thing. I worked most of the day. Sometimes I can’t work from home, so I work from a brewery. I am almost sure I did that on Tuesday since… tap Tuesday.

Wednesday I needed to send the story in. So I did the finish edits, did the pictures, send the story in, editor still in vacation so it doesn’t matter, but I got paid so I have to still be on time. I also realized that the special edition was due on Thursday not Friday (email said Thursday the 22nd, causing confusion). I worked to almost have the whole thing done that day while drinking beer, because apparently its word lube and it helps a lot with serious work.

With this Monday blog is mostly all caffeinated word vomit.

Thursday I had to finish the special edition and I was only 60% done. Worked all day to get it done. It was very hot out. So I started drinking early to get the word lube going. It worked wonders. I was done before I thought (I was going to send on Friday…) But got the text done and passed out early. Like really early. I was in bed at 9:45 pm…

Because of that. And because of the HEAT. It was really hot and humid this week in Tijuana… anyway… I woke up at 2:30 am on Friday. I took this picture:

Eerie… huh? It was very foggy. You couldn’t even really see much. That’s why the green light (and light in general) looks brighter. Fog is fun with cameras.

At exactly 5:39 am… I was still awake (I was playing Mariokart for SNES). The fog cleared out for just a few minutes. The sky turned to color and looked like this: 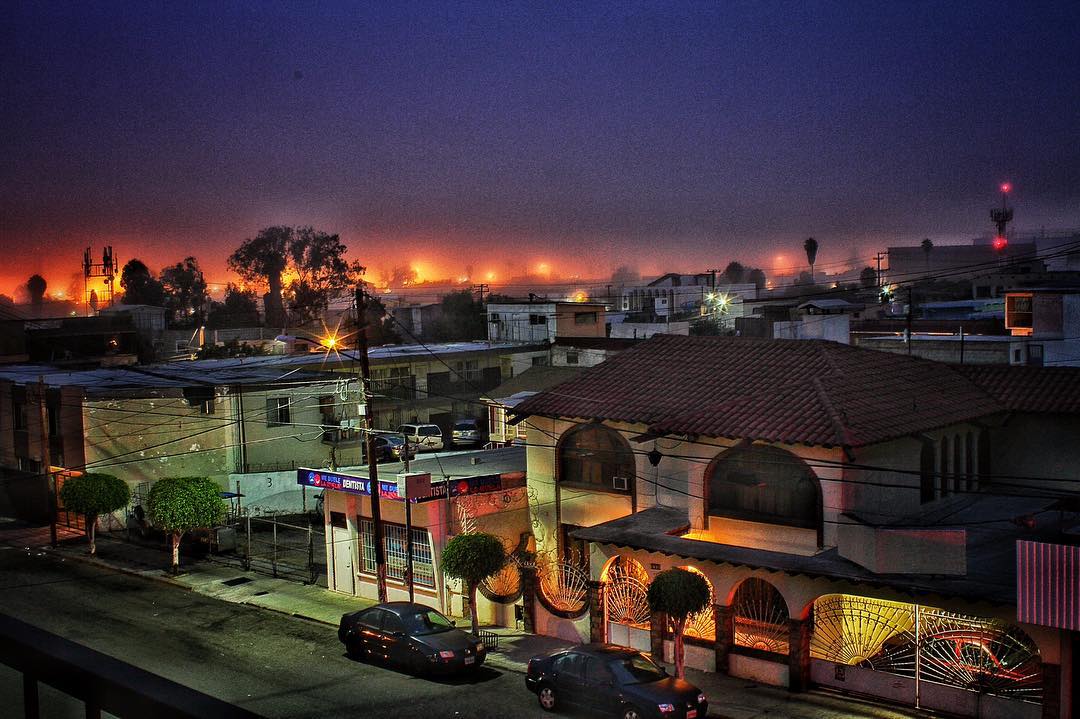 I realized I had done all my work for the week. Friday was here. It was my day off. I had absolutely nothing to do and I awoke at 2:30 a.m. I felt like taking pictures, have a photoshoot, do some creative work, but nothing was coming to me…. Might as well get day drunk I guess.

Halfway through the day, I got a message that they needed my photography services over at Norte for an important event. I exchanged camera work for beer. This is the result:

In LA I used to charge $150 per hour… though I usually end up just accepting around $200-300 for the whole night’s work and the morning edit. I was just going through my hard drive and I found an event I shot on April 16, 2011… I was pretty good back then. A lot of pretty girls, classy people, classy joint, etc. Anyway… apparently I also got this picture. I wish Instagram was a thing back then, I would have been so active… like I am now. 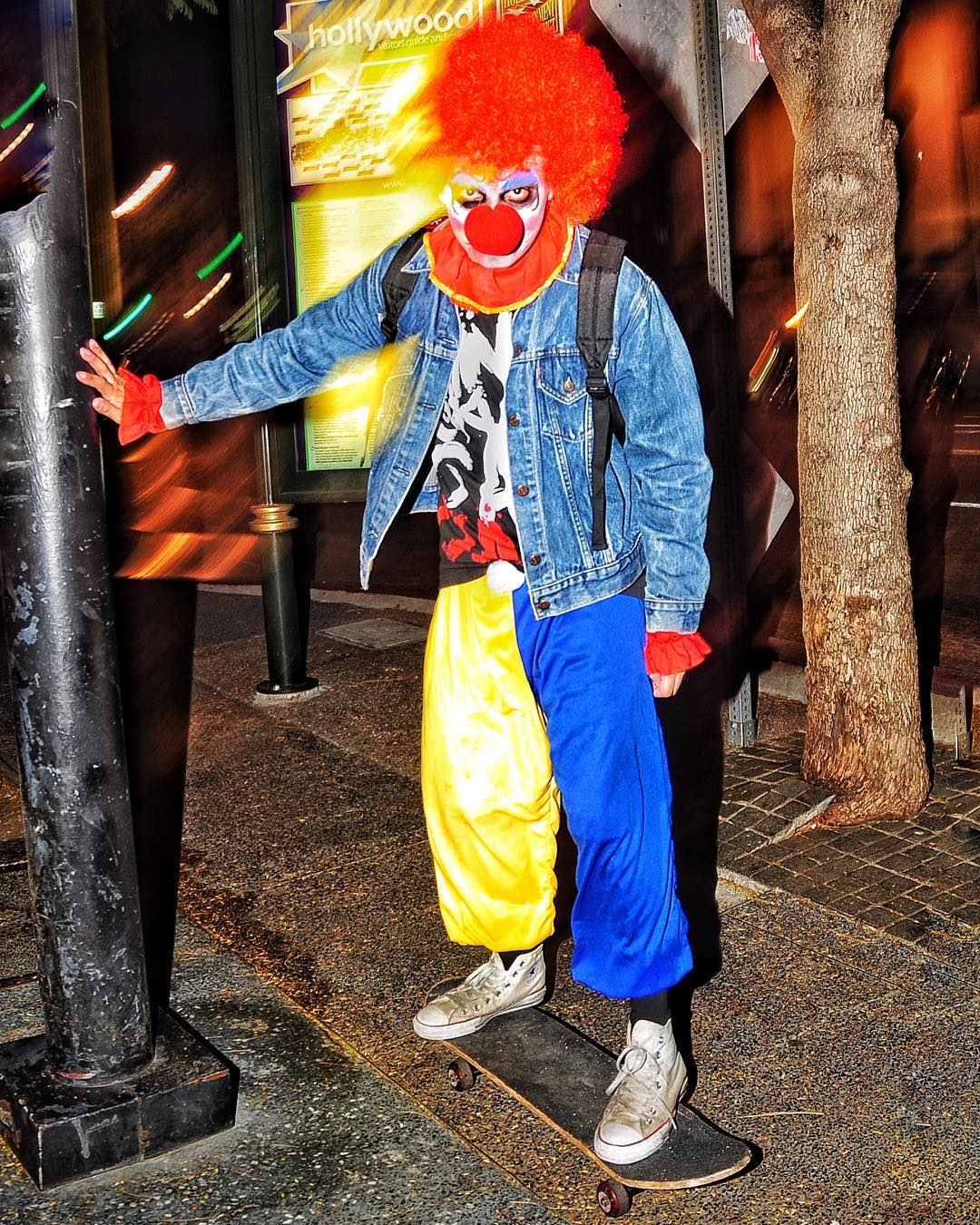 It was after the event that hired me that I was hanging outside and I guess this happened. To be honest, I have no memory of taking the pictures of this scary skating clown. Ahh.. the crazy Hollywood/LA life I used to live (I prefer the crazy Tj life).

Anyway. Photography in exchange for beer and/or food is a good deal. I have several places where I am able to do this, but I can expand my network. In reality I should be charging at least $100… But I guess for now I still don’t have enough gear or reputation. So I’ll take all the free food and beer they can offer. (btw… owner of Norte wanted to pay me cash, but I love that place that I would end up spending all the cash there, so I rather have beer).

Saturday was again.. GREAT! But very tiring that I am still aching. Again I woke very early (heat!). Some dumbfuck we call “Skittles” was supposed to pick me up to go play soccer. Fucker didn’t wake up. Ended up grabbing an Uber to the field. I didn’t play as well as the previous week, but I did ok. At least I worked out a lot… and it was hot as balls. So I have a farmers tan and I am so fucking tired still.

Harry took a selfie with some of the guys that played, then we went to go have breakfast at Telefonica. Also… I look very gay in that picture.

After soccer and breakfast, I took a nap. Woke up in time to go to San Diego. Cross through that new nightmare bridge of crossing. And met up with friends in Downtown to go see Comic Con. We started at the Embarcadero where I paid $10 for a pathetic sandwich. Then we walked along the coast till we hit the sea of people. I took a shitload of pictures. Here’s the full album.

Sunday I was too beat to do anything. I didn’t leave my house.

I did do one of the most important things I’ve done all year…. SHIT I almost forgot. I mean it’s the title of the blog…

I AM LEAVING TIJUANA ON AUGUST 3rd!!! 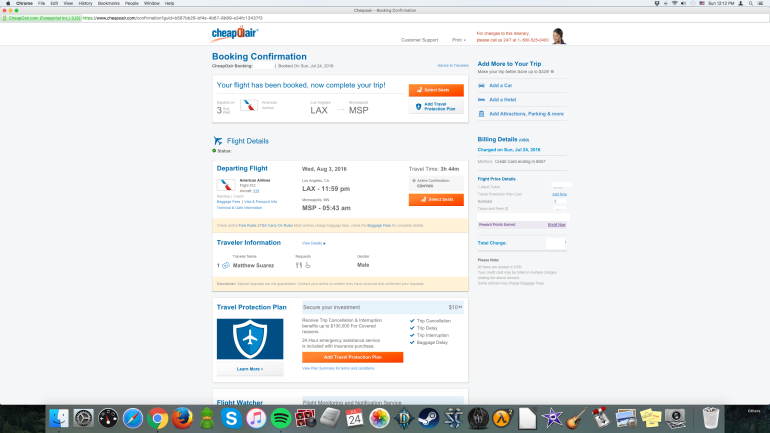 Well… more accurately I’m leaving Tijuana August 2nd. That way I can spend one night with a friend in LA. SHIT! This is already next week.

But finally! I am actually getting on a plane and flying out of here. After 5 years of not getting on a plane or leaving California. Gone as far up as LA and as far down as La Bocana in Baja Sur, but YAY I’m flying to Minneapolis!

The plan is pretty great too. One of my college roommates got married, and he is having a small party that Saturday that I fly in. After that, two of my other college roommates and myself, are going on a road trip! Driving from Minneapolis to San Diego/Tijuana… or that’s the plan so far. Stopping by Mt. Rushmore (and others), Denver, Las Vegas, Grand Canyon, etc. Should be a 2 week or less trip. And in the meantime… I WILL BE WORKING.

That’s the magic of working online. Or at least I hope I’ll be working. I was supposed to get a lot of work, but it’s been slow. I’ll pitch some articles to the editors see if they like. AND I WILL ALSO BE TAKING TONS OF PICTURES. So yes. It will be a very fun trip. And there’s kinda no turning back cuz I already bought my ticket. I’m very low on funds. But should be enough to survive… and hopefully with work throughout this week and next, I’ll be making a bit more to live comfortably. And also work while I road trip.

That’s the plan. And I hope it goes grand. Because it’s a grand plan. I also hope not to be back to being super broke when I come back from it. But it is a much needed FLIGHT and ROAD TRIP and VACATION. Guh.. I’m so damn excited, but at the same time nervous… and I’m leaving TJ.

AHHH AND ALSO. I need a catsitter for Bisho. Also someone to water my plants on the regular (spearmint, mint, and basel). And I also need a celebrity… hmphh..

What in the actual fuck…?!?! I shot Tim Curry and I just realized it 6 years later. Pictures are from February 8th, 2010. That day I also shot Audrina Patridge (my love), Brody Jenner (fuck that dude), Kristin Cavallari (shit, my other love), Lo Bosworth (.. who?), Paris Hilton (guh.. so many shit celebrities), Robbie Williams (that singer asshole dude), Stephanie Pratt (.. who again?), and Tim Curry.

I DIDNT EVEN REALIZE IT WAS TIM CURRY. I do not know my British celebrities at all (check out the post about Morrissey)

My roommate says I look like Tim Curry. No one agrees with him. So apparently in the year 2010 I still didn’t know my celebrities. Because Tim Curry walked in front of me, I shot him because it was a dude coming out of a limo, and I sorta recognized him as The Grinch from Home Alone, but couldn’t really remember who he was. So I only took a couple of pictures, didn’t even labeled them and I just found them. I don’t even think I sent them to the office…. So here it is. 6 years later, the pictures are posted somewhere. And that somewhere is my shitty blog. 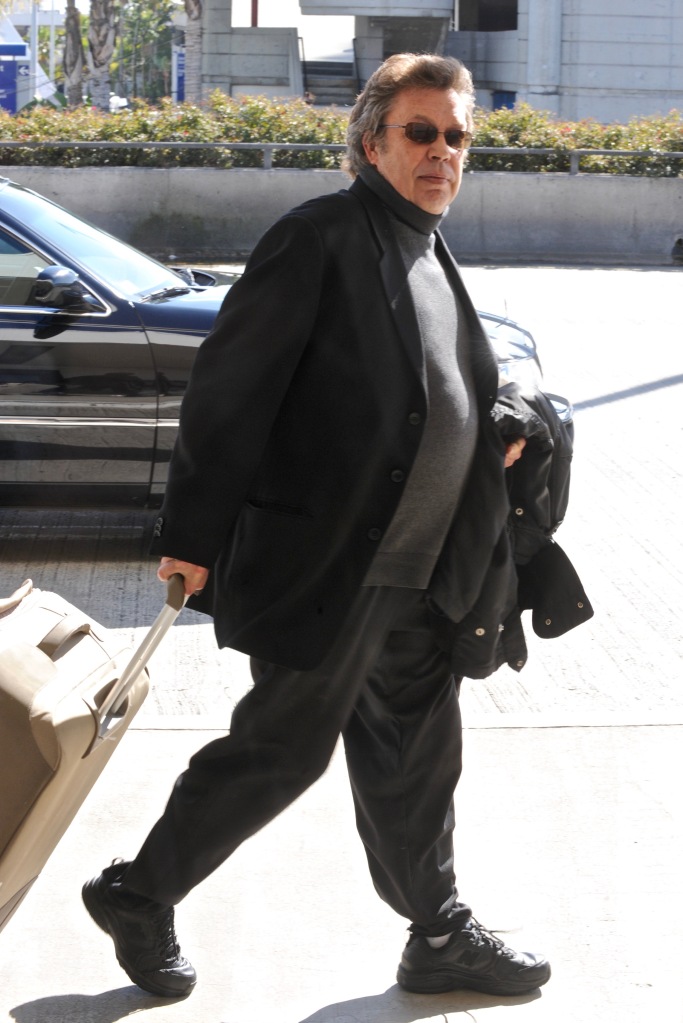 I took 9 pictures and let him be. Didn’t follow. Didn’t even ask who he was… I’m not even sure if I asked my friends who he was… I am not sure what I did with the pictures. But here they are now! That is Tim Curry, right? It’s hard to tell when he is clean shaven and much older… Judging by the terminal I was in (either 2 or 3) there are London flights and or Paris flights around there, so it makes sense he was there (I think he was closer to Virgin airlines for a London flight).

Anyway.. THATS THAT! The week starts now! I have a lot of work to do, thankfully, I already did most of the “legwork” now all I have to do is be creative, transcribe a long ass interview, do a bit of research, and finish the article! Should be done before the end of the week.

Till next week! When I’ll be getting ready to leave!!! OHH GAWD!!! IM LEAVING… I’m so excited. Yet nervous. And I already said this.